First things first. Can you spot two anomalies on the Satellite pictured here? Answers at end of story.

Plymouth had been sadly lacking a full-sized car since the full-size Plymouths (including Belvederes and Furys) were reduced to mid-size for the 1962-1964 model years. That was resolved for 1965 when the Belvedere series remained a mid-size car, riding on a 116-inch wheelbase, and the Fury was ‘enlarged’ somewhat to take on the full-size role in the lineup with a wheelbase stretched to 119-inches.

While early sixties Plymouth styling was, well some might say a bit ‘odd’... moving into the middle of the decade, they took on a more reserved and conventional, and quite pleasing appearance. Although there was something to like about the previous models, I for one, felt the newer look was rather refreshing. And the styling fit them well. The low, sleek lines made them appear to be a bit larger than the mid-sized car they actually were. Mopar marketing mavens stated that the Satellite was “the newest, sleekest Plymouth for ‘66, a big, bold approach to everyday driving that comes jauntily packaged on a 116-inch wheelbase”.

Tipping the scales at 3,255 pounds, the 1966 Plymouth Satellite hardtop coupe had about a 125-pound advantage over a ‘66 Chevelle SS-396. Chevelle’s top-of-the-line engine was a 396 cubic-inch model producing 375 horsepower. Plymouth Satellite’s bad boy was the new-for-sixty-six, ‘Street Hemi’... a 426 cid, 425 horse monster fed by a pair of 4-barrel carbs. You’re not likely to find one of those on the pre-owned lot at your local Chrysler dealer however, as the optional engine had a price tag of $1,100– nearly half as much as the $2,695 base price of the car itself! Standard engines for Belvedere I and II models was the 225-cube, 145-hp ‘Slant-6’, however the entry level 273 cubic inch V-8 was standard fare on Satellites.

Gear shifting on all Belvedere models, including Satellites, was accomplished by a column-mounted, three-speed manual transmission. Chrysler’s venerable TorqueFlite automatic was optionally available, but if, as Plymouth put it in their 1966 sales brochure, “You like to wheel along on the 'sporty side' of the street”, a 4-speed manual was also offered.

ANSWER TO THE ANOMALIES QUESTION: Unfortunately, since this Plymouth was a F.O.R.D., I didn’t have the advantage of being able to speak to the owner of this Satellite. But two things stood out to me in this photo. First, the heavy bright-metal spear along the sides of this car with the circular medallion at the rear, only appeared on the Belvedere II models. The thin bright-metal trim running front-to-rear along the upper fender line appeared only on the Satellite models. No ‘66 Plymouth Belvedere models were adorned with both as this car presents. Second, this car sports small, round, side marker lights. These appeared universally on 1968 models. If there are any mid-sixties Plymouth aficionados out there, please email me if I’m missing something.

UPCOMING EVENTS: Although there are still quite a few car shows and cruises on this year’s calendar, I have canceled my participation in car shows as well as Breakfasts With The FIN MAN, until further notice. Only when the threat of CV-19 improves significantly, will I start making plans for TKCS-STL participation in local events, and they will be announced right here in the OCC.

Meanwhile, I urge my readers, friends and family, to stay safe and healthy,  and follow the rules set forth by health care professionals. 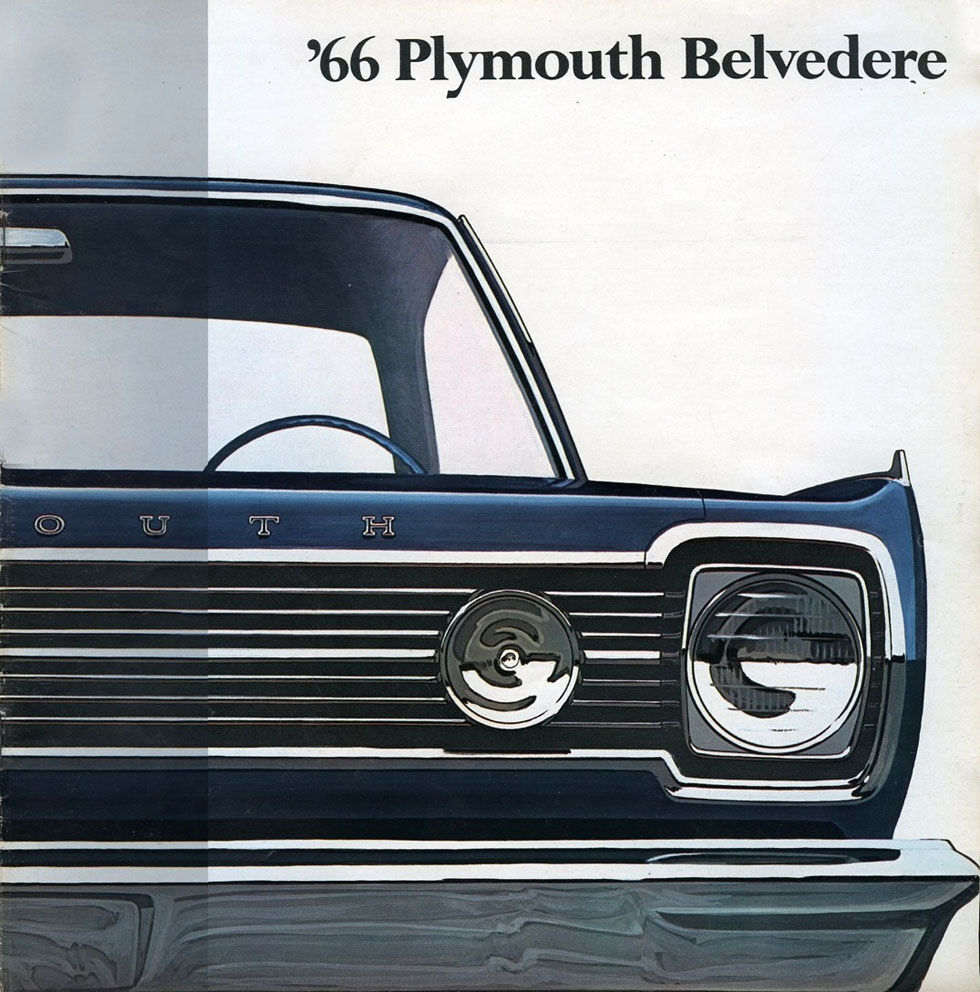 The cover of the 1966 Plymouth Belvedere sales brochure. Photo provided by Bruce Kunz 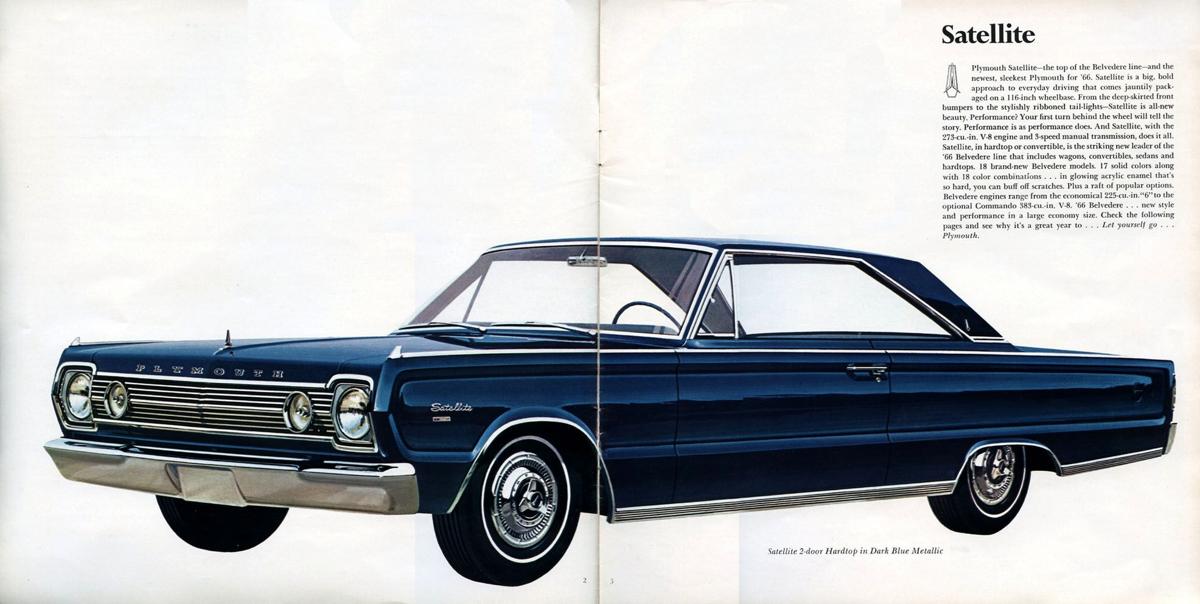 The 1966 Plymouth Satellite Coupe. The Satellite was also available in a two-door convertible. Photo provided by Bruce Kunz 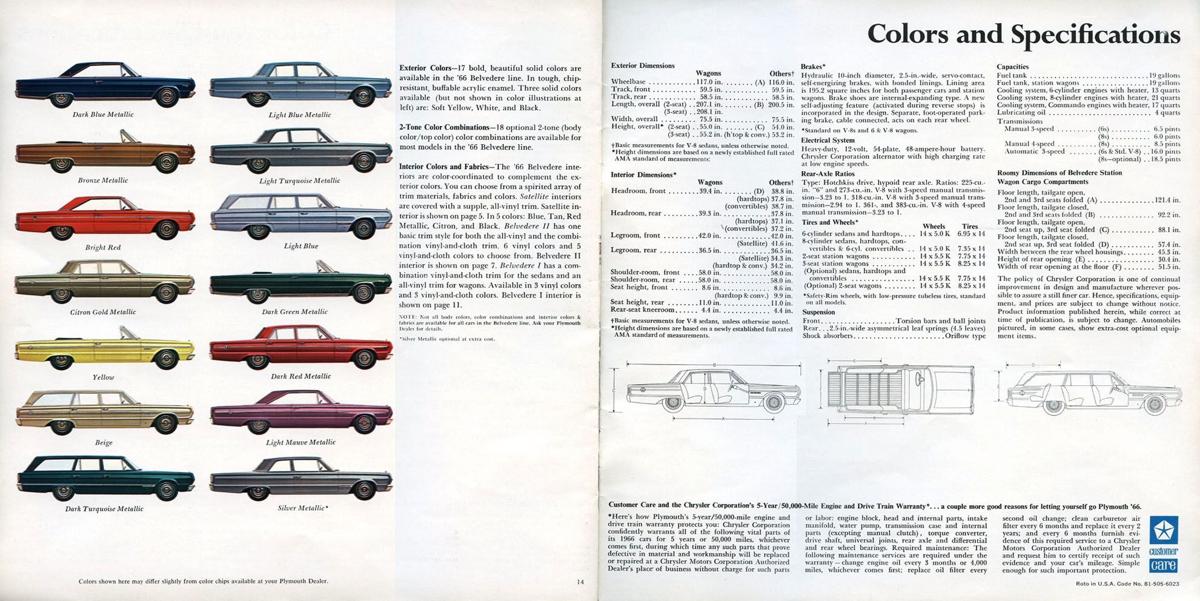 A page from the brochure showing the different body styles and specifications. Photo provided by Bruce Kunz 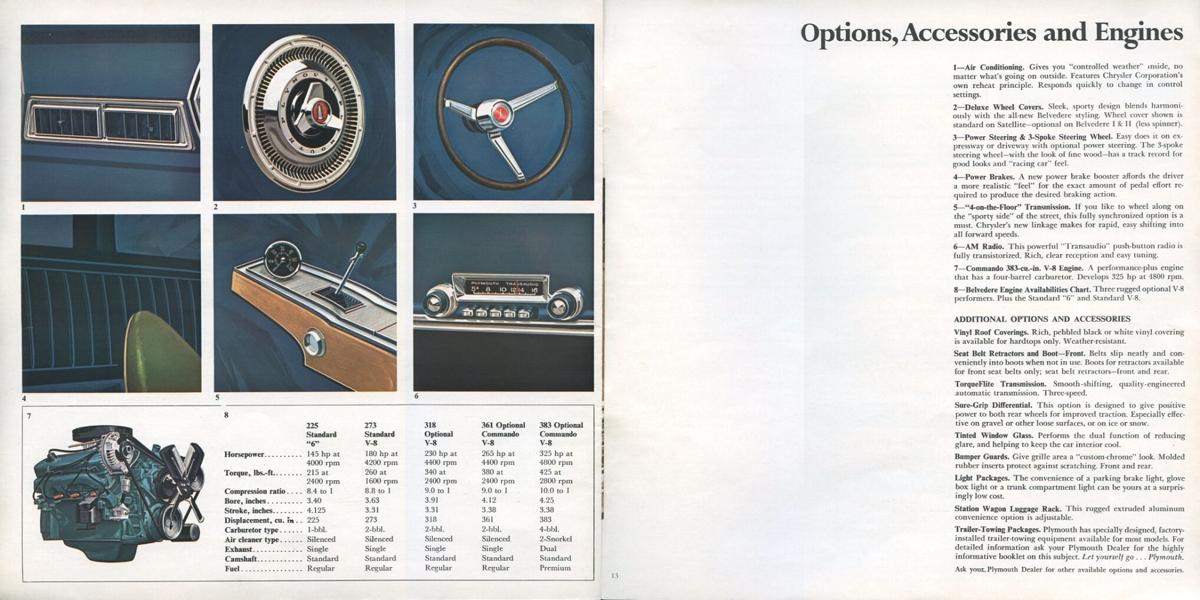 This spread from the sales brochure illustrates and gives information on accessories available for the 1966 Belvedere line of Plymouths. Photo provided by Bruce Kunz

The cover of the 1966 Plymouth Belvedere sales brochure. Photo provided by Bruce Kunz

The 1966 Plymouth Satellite Coupe. The Satellite was also available in a two-door convertible. Photo provided by Bruce Kunz

A page from the brochure showing the different body styles and specifications. Photo provided by Bruce Kunz

This spread from the sales brochure illustrates and gives information on accessories available for the 1966 Belvedere line of Plymouths. Photo provided by Bruce Kunz

1. Name the TV series whose pilot episode featured a 1967 Belvedere as the standard LAPD police cruiser.

2. Which 1966 Dodge models were comparable to the Plymouth Belvedere I, Belvedere II and Satellite models?

2. Dodge combined their Coronet and Coronet Deluxe into one model series similar to Plymouth Belvedere I. These were followed up the line by the Coronet 440, like Belvedere II, and Coronet 500, like the Plymouth Satellite.

3. One of my all-time favorites – Paul Revere & the Raiders

Love your neighbor, serve your city

Content provided by St. Vincent de Paul. Things were good for “Michelle” and her family. Everything was going in the right direction. But Michelle suffered a devastating injury, and as a result endured more than 20 surgeries and spent more than 200 days in the hospital.