That T-shirt slogan may be a favorite of us aging male Baby Boomers, but it could just as well apply to the Toyota Tacoma.

Although significantly updated in 2016, the current-generation Tacoma has been around on the same basic platform since 2005.

But, despite its senior status, Tacoma continues to easily outsell everything else in its midsize-truck segment -- and not just by a little. Through the first half of calendar-year 2020, Tacoma’s sales of 104,698 are more than double those of its closest competitor, the Ford Ranger.

Did we mention old guys rule?

One reason for Tacoma’s sustained popularity is its reputation for bulletproof quality. Owners swear this thing’ll run forever. Another is Tacoma’s celebrated stature as the midsize pickup world’s premier off-roader.

With various trims, bed lengths, engines and more, Tacoma can be had in more than 30 configurations -- everything from a grocery-getting SR I-4 4x2 Access Cab (extended cab) to the bushwhacking TRD Pro V-6 4x4 Double Cab (crew cab).

We sampled the latter, and concluded it’s one of a handful of showroom-fresh vehicles capable of effortlessly getting its driver well out of cell-phone range.

The Tacoma TRD -- “Toyota Racing Development,” for the uninitiated -- actually is available in three versions: TRD Sport, TRD Off-Road and the top-of-the-line TRD Pro we drove. While Sport and Off-Road can be had with either an Access or Double Cab and two- or four-wheel drive, Pro is strictly a Double Cab 4x4.

All 4WD Tacomas are equipped with a part-time, two-speed, electronically controlled transfer case and a limited-slip rear differential. The TRD Off-Road 4x4 ups the ante with, among other things, a locking rear diff; Crawl Control, which is sort of like off-road cruise control that can be set from 1 to 5 mph; and a Multi-Terrain Select system that allows the driver to tailor the truck’s response to various types of terrain, such as loose rock or mud and sand.

This thing’ll climb a rope.

To ensure the neighbors know you’ve got the ultimate bushwhacking Tacoma, TRD Pro wears a variety of tough-guy duds, including a “heritage inspired” front grille, blacked-out hood scoop and Rigid Industries LED fog lamps. If all that’s not enough to visually make the point, Tacoma can be seen wearing such paint colors as “Army Green” and “Cement,” fer cryin’ out loud!

Every Pro is powered by Tacoma’s familiar 3.5-liter, 278-hp V-6, compatible with either a six-speed manual or six-speed automatic, the latter being the only way to get the Multi-Terrain Select system and fancy JBL Premium audio.

Inside, we found head room under the sunroof housing close for a tall driver -- a situation compounded by a high cabin floor that enables this truck’s lofty off-road ground clearance. On the upside, a new 10-way power driver’s seat offers easy height control, but when that seat’s set low enough for good head room the tall driver feels as if he’s sitting in a hole -- albeit a leather-clad and comfortable one.

In back, room in our Double Cab was surprisingly accommodating. Leg room is doable if front passengers cut back-seat folks a break, and rear head room, unencumbered by the sunroof, is actually better than it is up front.

TRD Pro, despite its off-road chops, is civilized on the highway, with a cabin that’s admirably quiet, all things considered, and a ride that’s firm but dignified.

Finally, Toyota, not surprisingly, is pretty proud of this thing. Tacoma TRD Pro starts at a lofty $45,055. 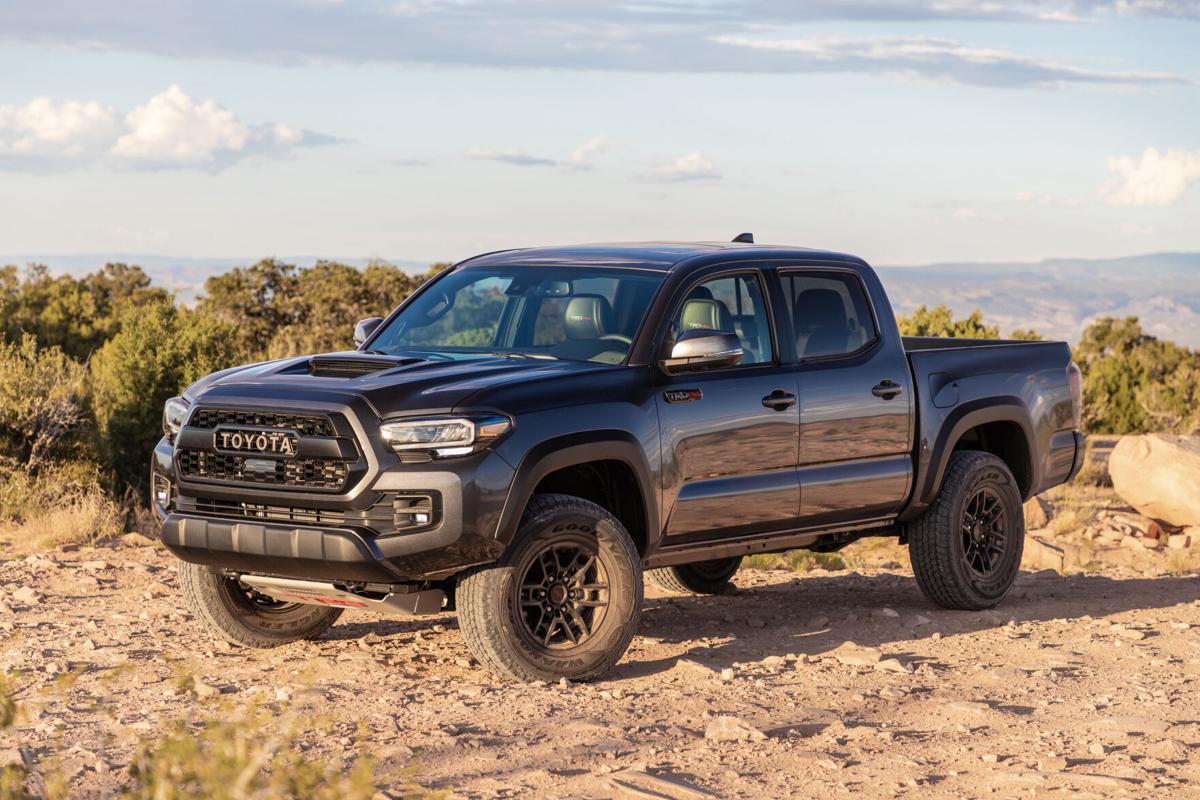 For 2020, the Toyota Tacoma can be had in trims of SR, SR5, TRD Sport, TRD Off-Road, Limited and, pictured, TRD Pro. Photo provided by Toyota 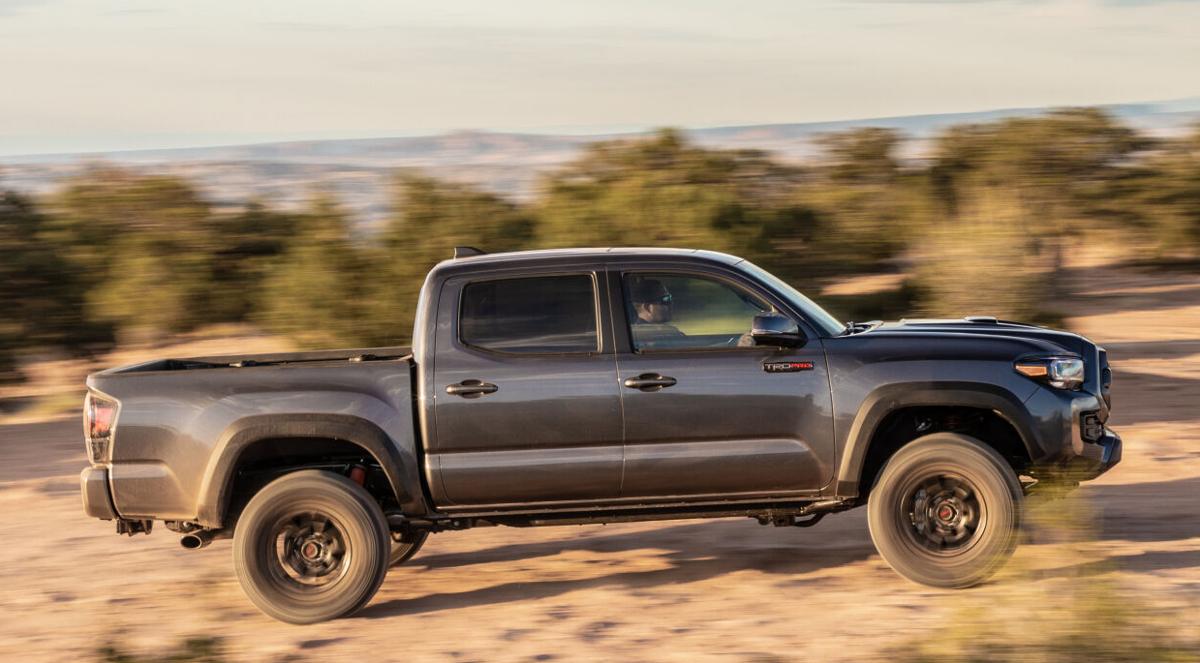 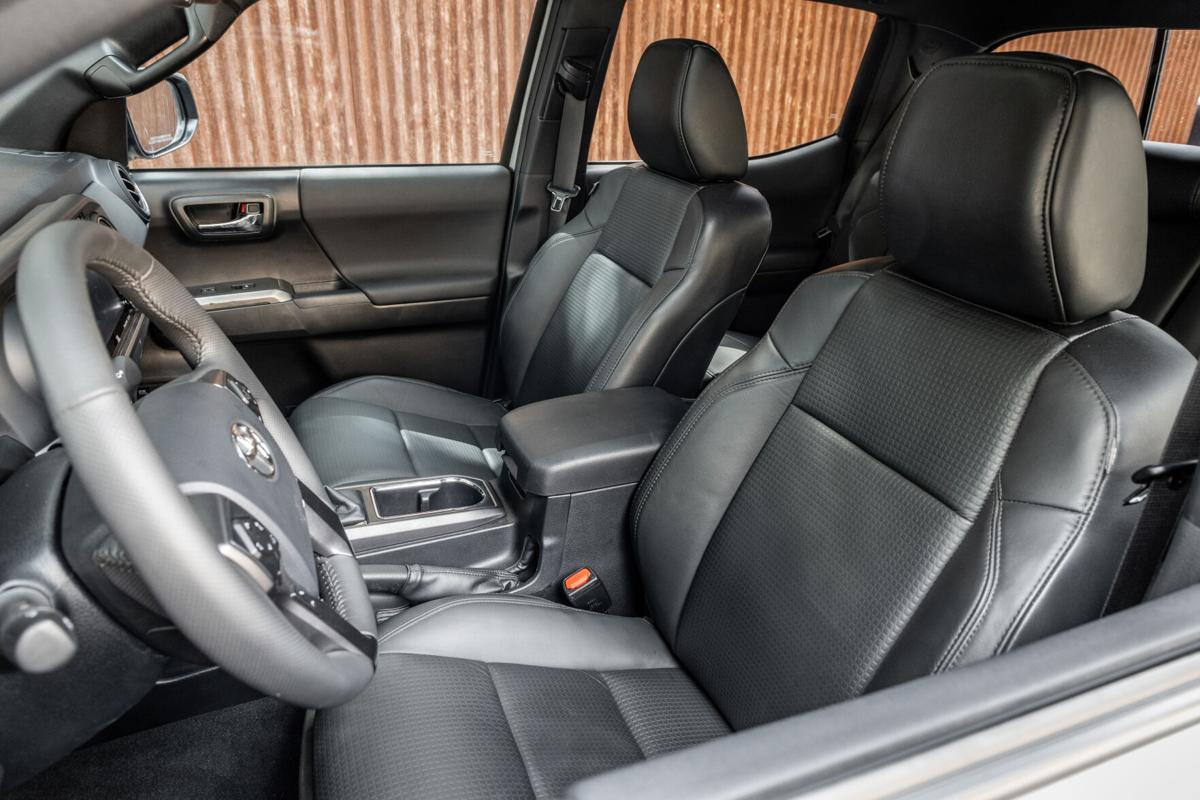