2020 Toyota Tundra: Old enough to worry about changes in Social Security, this truck soldiers on
0 comments
Share this

From a current-platform standpoint, the Toyota Tundra is the oldest full-size pickup you can buy. Even so, I was surprised to see our truck wearing a badge that declared it a “1794 Edition.”

Then I realized it was a trim level. Although it’s been incrementally updated over the past 13 years -- most significantly with a mild makeover in 2014 -- this second-generation Tundra actually debuted way back in 2007, a lifetime ago in the car business. Nonetheless, this elder statesman is working hard to stay relevant in the 21st century, and its 1794 Edition is evidence. In a nutshell, it’s Tundra’s take on the 10-gallon-hat pickup.

Cowboy chic is all the rage in pickups these days as seemingly every truck manufacturer seeks to be your kemosabe. Ford, for example, offers the King Ranch F-Series, Ram sells a Bighorn/Lone Star Edition and Chevy has an elegantly western-flavored High Country Silverado.

Toyota, whose full-size Tundra has never won the hearts of brand-loyal truckers as Camry and Corolla have the affections of sedan buyers, figures if you can’t beat ‘em, join ‘em. Ergo, Tundra gives us the 1794 Edition -- a name derived from land in Texas that today is home to Toyota’s Tundra plant but once was occupied by a zillion-acre ranch founded in... oh, you already guessed.

We sampled a 2020 Tundra, but we can report this familiar truck will, again, soldier on for the 2021 model year with only minor changes. Among them will be two eye-candy options packages: the Trail Special Edition, with upgraded seats, unique paint colors and black exterior badging; and the Nightshade edition, which wears a lot of black inside and out.

But back to the matter at hand:

We drove a 2020 Tundra 1794 CrewMax 4x4 and reveled in its unabashed excesses. Not only is the humongous CrewMax big enough to be seen from space, but in 1794 trim its airplane-hangar-sized cabin is swathed in premium saddle-brown leather-and-suede, satin metal appliqués, and lovely wood accents, including a wood-and-leather steering wheel and a wood-handled floor shifter. Add such standards as a 12-way power driver’s seat with memory and 4-way power passenger’s seat, both with heat and ventilation; 12-speaker premium JBL Audio with navigation and -- age notwithstanding -- this truck is plush, pardner!

The biggest change in Tundra for 2020 is under its hood. Gone is the heretofore standard 4.6-liter V-8. Now standard is what used to be Tundra’s upgrade: a 5.7-liter V-8, which mates exclusively to a six-speed automatic. In 135 miles of motoring -- more highway than city -- we realized 15 mpg from that combo. Fuel efficiency is not Tundra’s strong suit.

On the other hand, that big eight’s muscular 381 hp and pavement-rippling 401 lb.-ft. of torque haul this big truck with authority. Add a quiet interior -- only road noise occasionally found its way into our cowboy castle -- and this one is a marvelous highway companion for those who want to ride high, wide and handsome.

In an urban environment, on the other hand, driving the Tundra CrewMax is like piloting a barge. And -- a characteristic of its aging platform -- the steering is slow and the handling is ponderous, even by truck standards.

For 2020, Tundra is offered in Double Cab and CrewMax body styles. The former can be had in SR, SR5, Limited and TRD Pro trims, that last one with standard 4WD, the others 2- or 4WD. CrewMax doesn’t get the base SR trim, but can wear all the rest, along with Platinum and 1794 Edition garb.

There’s no denying newer trucks from Detroit offer more sophisticated handling, better performance and loftier fuel economy. But fans of the brand -- and they are legion -- will find Tundra the reliable, well-built and capable truck they’ve come to expect from Toyota.

And, for those hankerin’ for a Texas-size cowboy carriage, 1794 CrewMax is callin’ yer name.

WHEELBASE (depending on bed length and cab configuration): 145.7 inches or 164.6 inches

LENGTH (depending on bed length and cab configuration): 228.9 inches or 247.8 inches 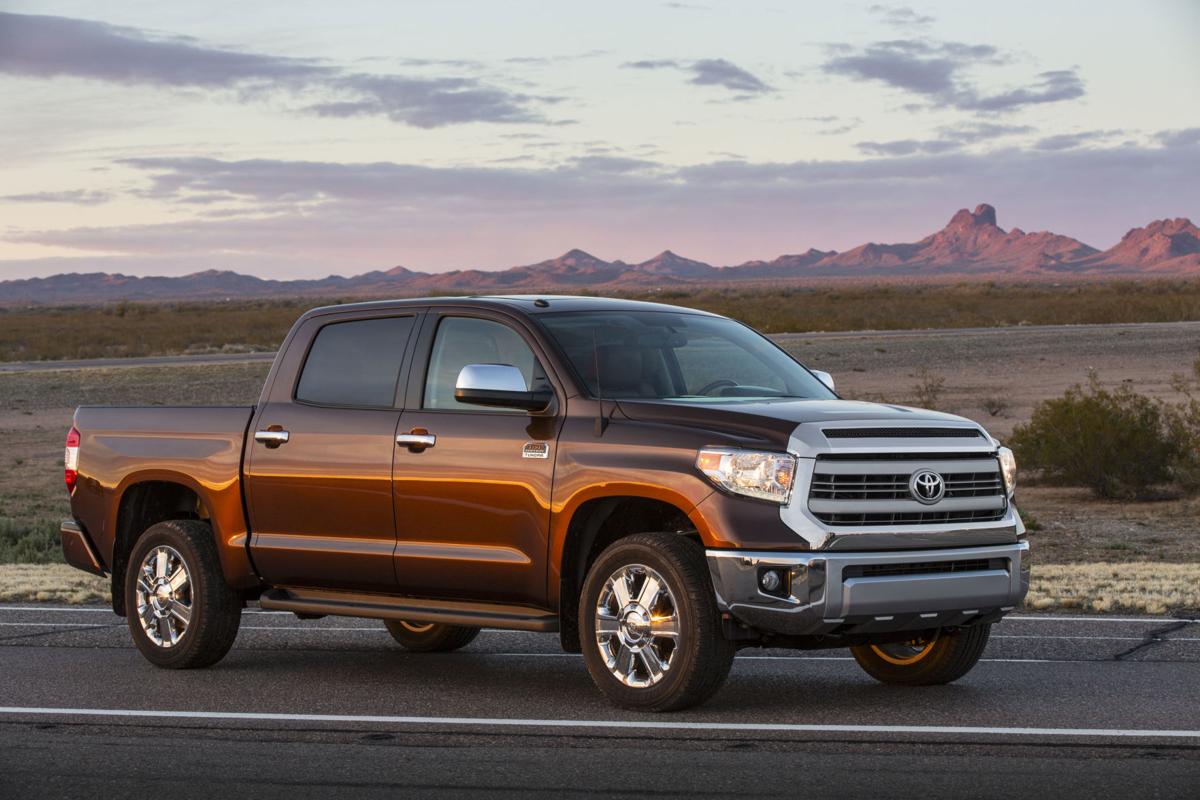 The 1794 Edition Tundra is Toyota’s take on the idea of a cowboy-chic pickup. Photo provided by Toyota 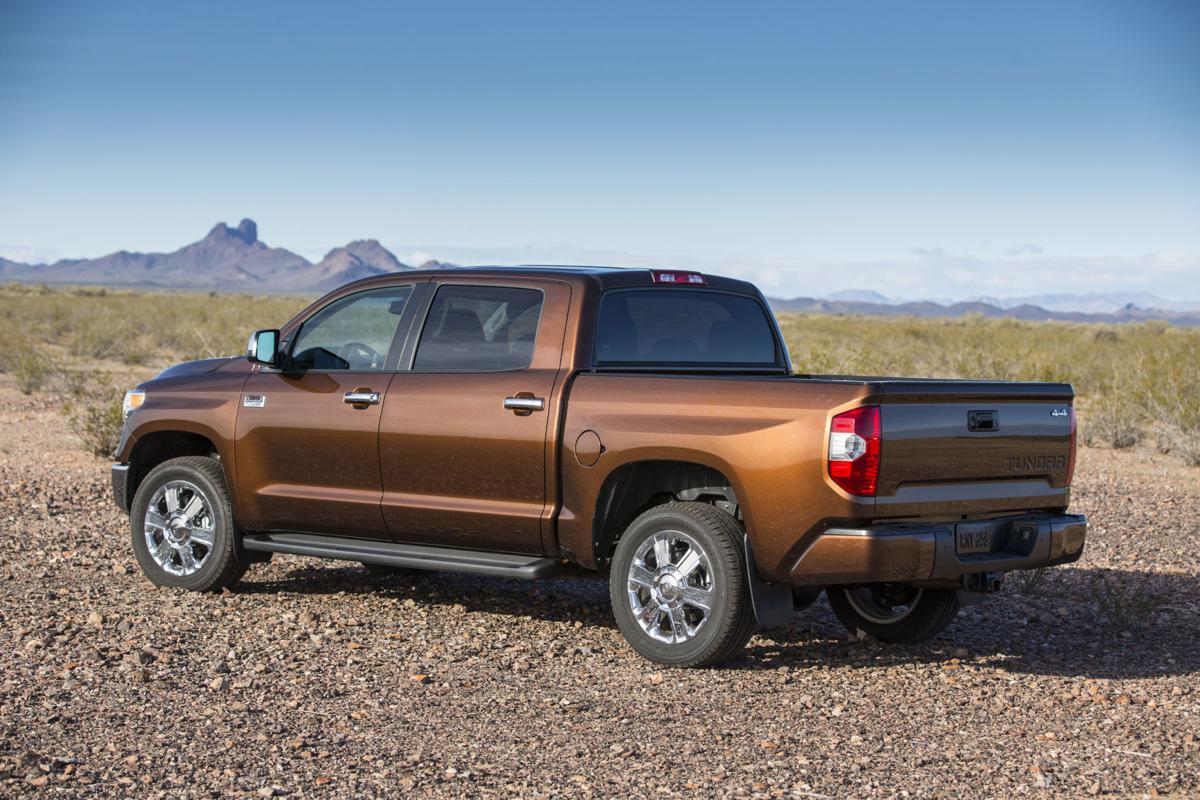 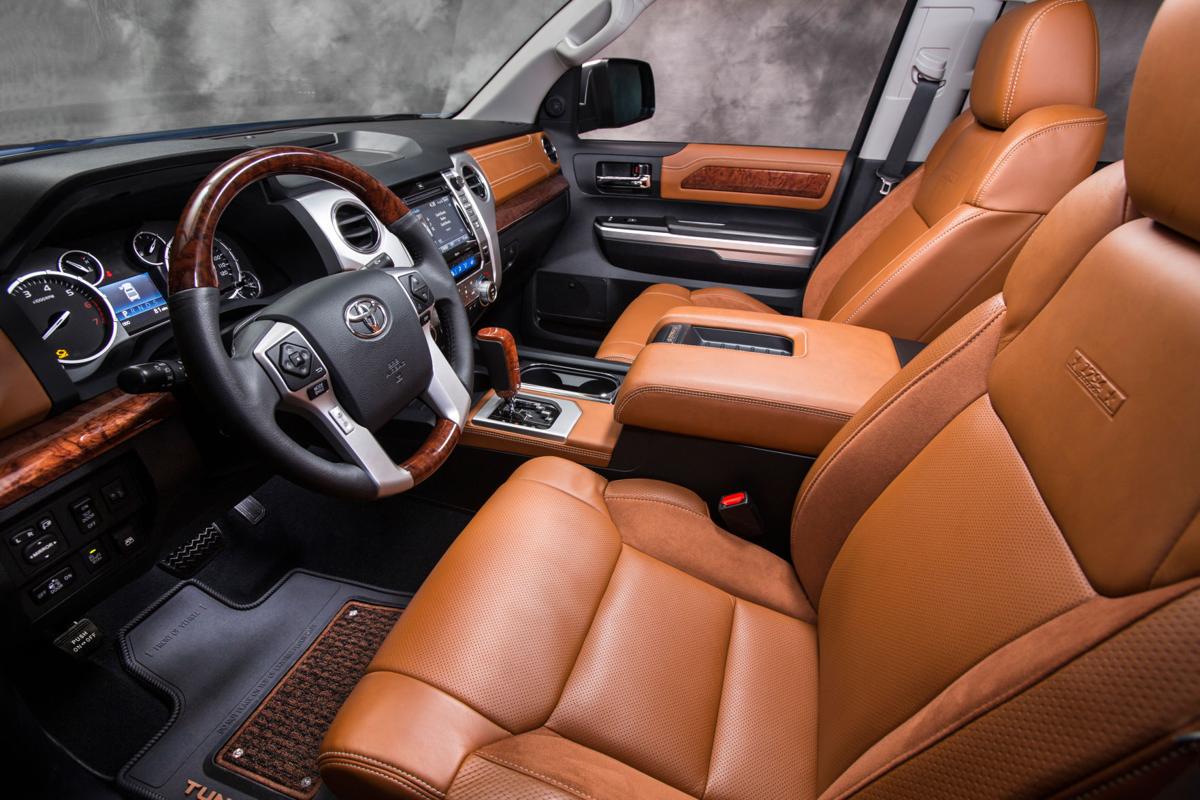