more info
This content was produced by Brand Ave. Studios. The news and editorial departments of the St. Louis Post-Dispatch had no role in its creation or display. Brand Ave. Studios connects advertisers with a targeted audience through compelling content programs, from concept to production and distribution. For more information contact sales@brandavestudios.com.
2021 Ford Bronco Sport
0 comments
Share this

Ford has resurrected its storied Bronco SUV in two versions -- Bronco and Bronco Sport. Or, as we like to think of them, "Original Recipe" and "Bronco Lite."

"Original Recipe" is Bronco, a tough, truck-based, body-on-frame, 4WD SUV, just like its rugged ancestors. It's set to arrive this summer.

Available now, however, is "Bronco Lite," officially christened Bronco Sport. Sharing its basic platform with the all-wheel drive, unibody, Ford Escape compact crossover, the 2021 Sport can be had in four trims: base, Big Bend, Outer Banks and Badlands. (A fifth trim, the limited-run "First Edition," already is sold out.)

Badlands, the most rugged off-roader of the family, gets a 2.0-liter, 250-hp turbo four, while all other Sports are motivated by a 1.5-liter,181-hp I-3, also turbocharged.

All-wheel drive is standard on every Bronco Sport, as is an eight-speed automatic transmission.

We drove the toniest Sport, an Outer Banks enhanced with a snappy red metallic paint job, moonroof and an audio upgrade.

Although it shares Escape's foundation, Bronco Sport is tougher than its source material, both in attitude and in fact.

Among those facts are driver-selectable drive-modes -- dubbed "G.O.A.T" ("Goes Over Any Type terrain") -- that, in every Sport, include choices of Sand, Normal, Eco, Sport and Slippery. Badlands adds Mud and Rock Crawl modes, along with a one-inch suspension lift, for genuine trail talent.

On the road, our Bronco Sport Outer Banks provided a firm ride on its stylish 18-inch wheels, along with a raucous engine song -- characteristics that might put off those seeking the typical wagon-surrogate compact crossover, but might appeal to those who prize a tough-guy demeanor.

Acceleration is lively in the stoplight grand prix of urban living, but the tiny three-cylinder plays its hand pretty quickly, so plan two-lane passing maneuvers well in advance. It took nearly 9 seconds to reach 60 mph. In 150 miles, including 100 miles of urban motoring and a 50-mile interstate junket, we realized 21 mpg.

Bronco Sport's exterior styling, which parrots that of big brother Bronco, exudes this little crossover's tough-guy attitude. Boldly emblazoned across the front grille and tailgate is BRONCO in large block letters, a motif enhanced by a multi-planed clamshell hood, slab-sided flanks and, on our Outer Banks, a red body below the beltline and black pillars and roof above.

A much-appreciated feature, by the way, is the option of opening the tailgate glass independently of tailgate. That's cool.

Our Sport drew its share of admiring attention, including that of a woman driving a Mazda CX-5, who, on the interstate, drove next to us for a mile, as if we were welded together at the door handles, so she could get a good look at this new Ford.

Inside, Bronco Sport's roughneck demeanor continues with an outdoorsy decor that, in our Outer Banks, included zippered, backpack-like pouches on front-seat backs, copper-color accent trims, black and tan seat covers, a rubberized cargo floor, a protective rubber layer on the backs of the folding rear seats, and images of bucking broncos on the front seat backs and the steering-wheel hub.

That rollicking horse also makes an appearance on the 8-inch infotainment touch screen, which proved easy to navigate while providing Android Auto and Apple CarPlay compatibility. Touch pads for main menu items are obvious, and hard buttons parrot some functions. Also, knobs are provided for both radio volume and tuning. Thanks!

Room is fine up front, and head room is wonderful in back. Rear knee room, however, is dependent on the kindness of front passengers. A six-footer behind a six-foot driver is going to get his heart broken.

In the final analysis, Sport is the Bronco of small crossovers, and a viable choice for buyers shopping the likes of Jeep's Renegade and Compass.

Beautiful Buick Skylark is part of the John Cook collection!

The 1962 Buick Special Skylark convertible shown here belongs to John Cook and is on display in his garage. The Skylark was the top of the com…

In a fanciful moment, one might imagine the 2021 Dodge Durango SRT Hellcat being the happy result of Dodge engineers looking for something to do.

Mercedes-Benz boasts an alphabet-soup selection of SUV offerings, including the G, GLA, GLB, GLC, GLE and GLS. Most are wrapped in appropriate…

Content by McKelvey Homes. On Friday, March 26th, McKelvey Homes broke ground on Sommerlin, a new residential community located on 25-acres near the intersection of HWY DD and Sommers Road in O’Fallon.

What a terrific day it was for a car show, Easter Sunday, 2021! One could not have asked for better weather, and the turnout of participants a…

When it comes to cars with umbilical cords, the 2021 Toyota RAV4 Prime makes a strong case that plug-in hybrids are way more real-world friend… 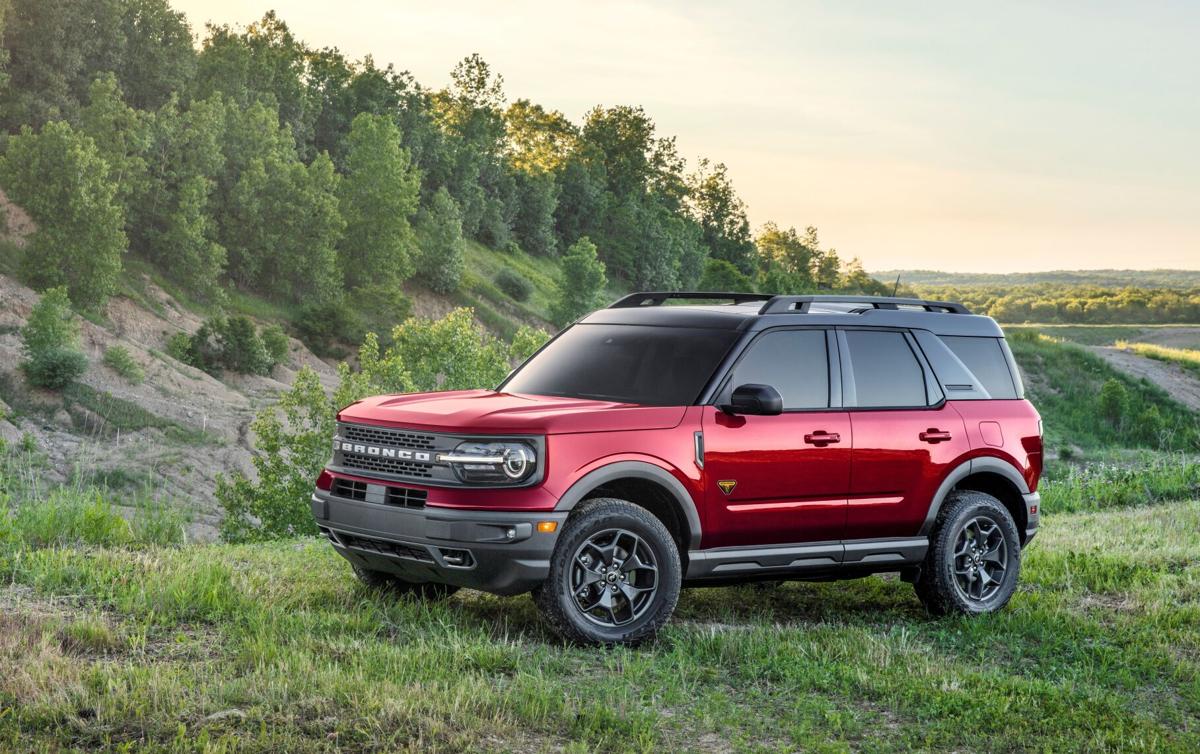 A small-crossover relative to the larger, truck-based Bronco, Bronco Sport, though more rugged, shares its basic platform with the Escape. Photo provided by Ford 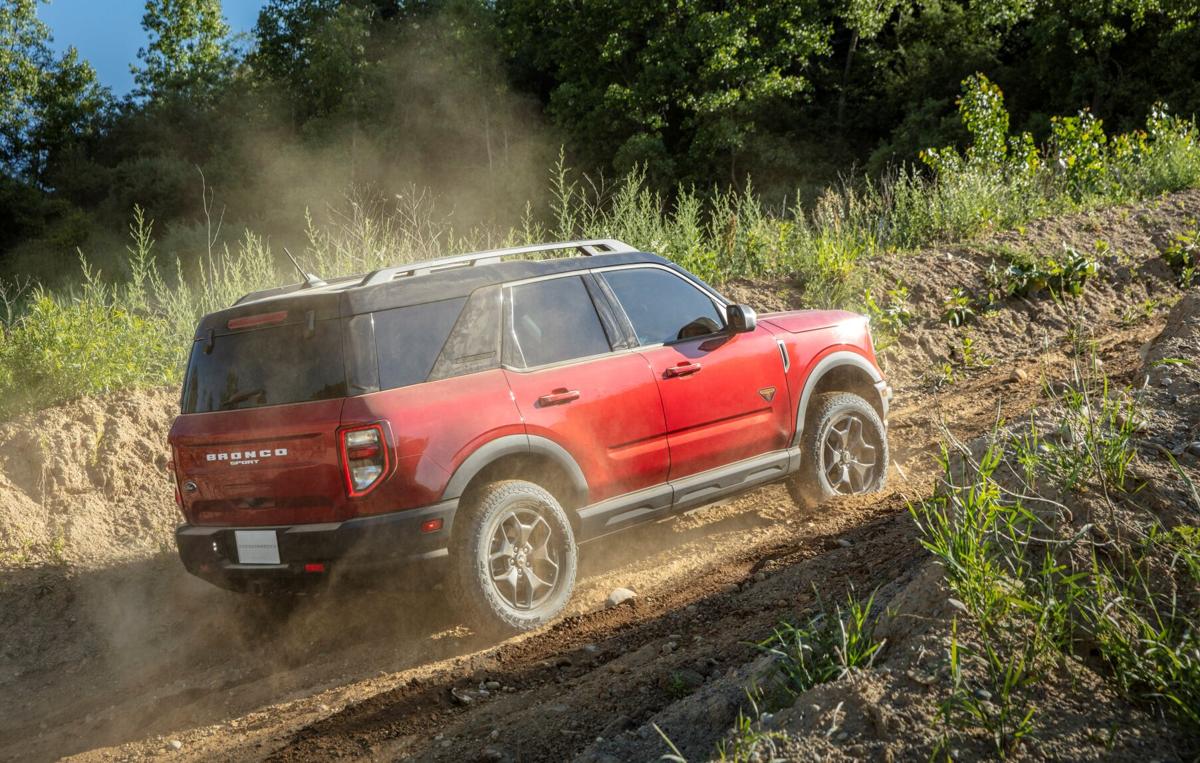 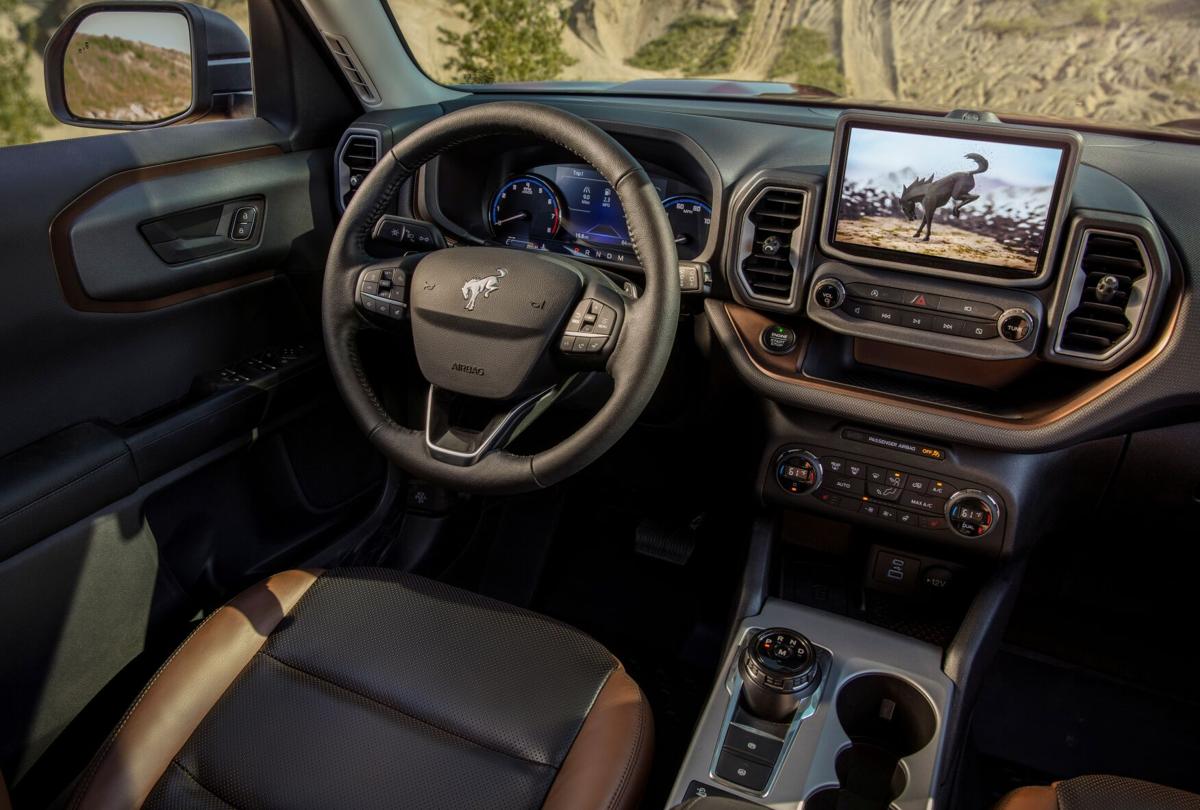