more info
This content was produced by Brand Ave. Studios. The news and editorial departments of the St. Louis Post-Dispatch had no role in its creation or display. Brand Ave. Studios connects advertisers with a targeted audience through compelling content programs, from concept to production and distribution. For more information contact sales@brandavestudios.com.
2021 Honda Accord Hybrid
0 comments
Share this

Honda happily declares that, over the last half century, the Accord midsize sedan is America's best-selling passenger car, with roughly 14 million of 'em finding homes in U.S. driveways during the past 50 years.

How could that be? Accord is a gem -- affordable, affable, well-equipped and athletically comported on its sophisticated suspension, nicely balanced between handling and comfort.

Maybe it was that polarizing, shark-nose styling it adopted back in 2018, when this 10th-generation Accord arrived. So . . .

For 2021, as part of its mid-cycle refresh, Accord not only gets such perks as an attractive and user-friendly 8-inch touch screen that's now standard across the line, along with newly available wireless Apple CarPlay and Android Auto talent, but its exterior is treated to a mildly redrawn front-end -- a facelift that includes a slightly wider grille to tone-down the heretofore pointedly protruding mug, and LED lighting on top trims to class up the proceedings.

Add its carried-over fastback profile and striking horseshoe taillights, and this guy is now downright sporty.

As it was last year, the front-drive Accord is offered in a dizzying array of models powered by myriad drivetrain configurations. Buyers can choose from trims of LX, Sport, Sport SE, EX, EX-L, and Touring; powertrains that include a hybrid model and two turbocharged gasoline versions: a 1.5-liter, 192-hp I-4, managed by a CVT automatic, and a 2.0-liter, 252-hp, I-4 model managed by a 10-speed automatic.

We drove the hybrid in loaded Touring trim. And, yeah, it's still a gem.

Inside, room is great up front and spectacular in back. Meanwhile, in Touring, decor is elegantly subdued, with dark wood on doors and dash, satin metal accents, and black leather stretched over supportive seats. Perks in our Touring included everything from dual-zone climate control to a 450-watt, 10-speaker premium audio system.

And, speaking of which, Honda has moved away from its maddening knob-and-button-free audio controls of yore, blessing this current Accord with an easy-to-use touch-screen system that features both knobs and buttons in abundance. Great!

On the road, this hybrid manages to blend sporty handling, snappy acceleration and a civil cabin with incredible mpg. Sure, under full throttle some drivetrain coarseness is evident, but it's far from dominant. And thrift is astounding. In 130 miles of mixed city/hwy driving, we realized 40 mpg. That lofty figure, amazingly, is an erosion of lower-trims' EPA rating of 48 mpg due to Touring's standard 19-inch rubber; lesser trims ride 17's.)

It's all generated by a powertrain that includes a 143-hp, 2.0-liter I-4 that, depending on engine load, can generate electricity or directly drive the wheels. That's assisted by a 181-hp electric motor that provides most of the heavy lifting to motivate this guy.

Hammer the skinny pedal, and the electric motor and the gasoline I-4 join forces to provide 212 total-system horsepower and, thanks to the electric motor, an impressive 232 lb-ft of torque that's fully onboard immediately -- we're talking from 0 rpm to 2000 rpm.

As a result, we greeted 60 mph in about 7 seconds, impressive for such a fuel-sipper.

Of course, all Accord Hybrids feature the passenger bubble-wrap of rear-view camera, auto headlights, Collision Mitigation Braking, Lane Departure Warning, Lane Keep Assist and Adaptive Cruise Control. Blind Spot Information and Cross Traffic Monitor are found on all but the base model, while Low-Speed Braking Control and front and rear parking sensors were part of our Touring's regalia.

ENGINE: 2.0-liter I-4 with assist from an AC electric motor and a 1.1 kWh lithium-ion battery pack

The pandemic isn’t over. But these insights can help small businesses – and owners – survive

Content by Regions Bank. A wealth advisor with experience serving small businesses can help business owners develop a holistic wealth plan that benefits both their business and their personal finances. 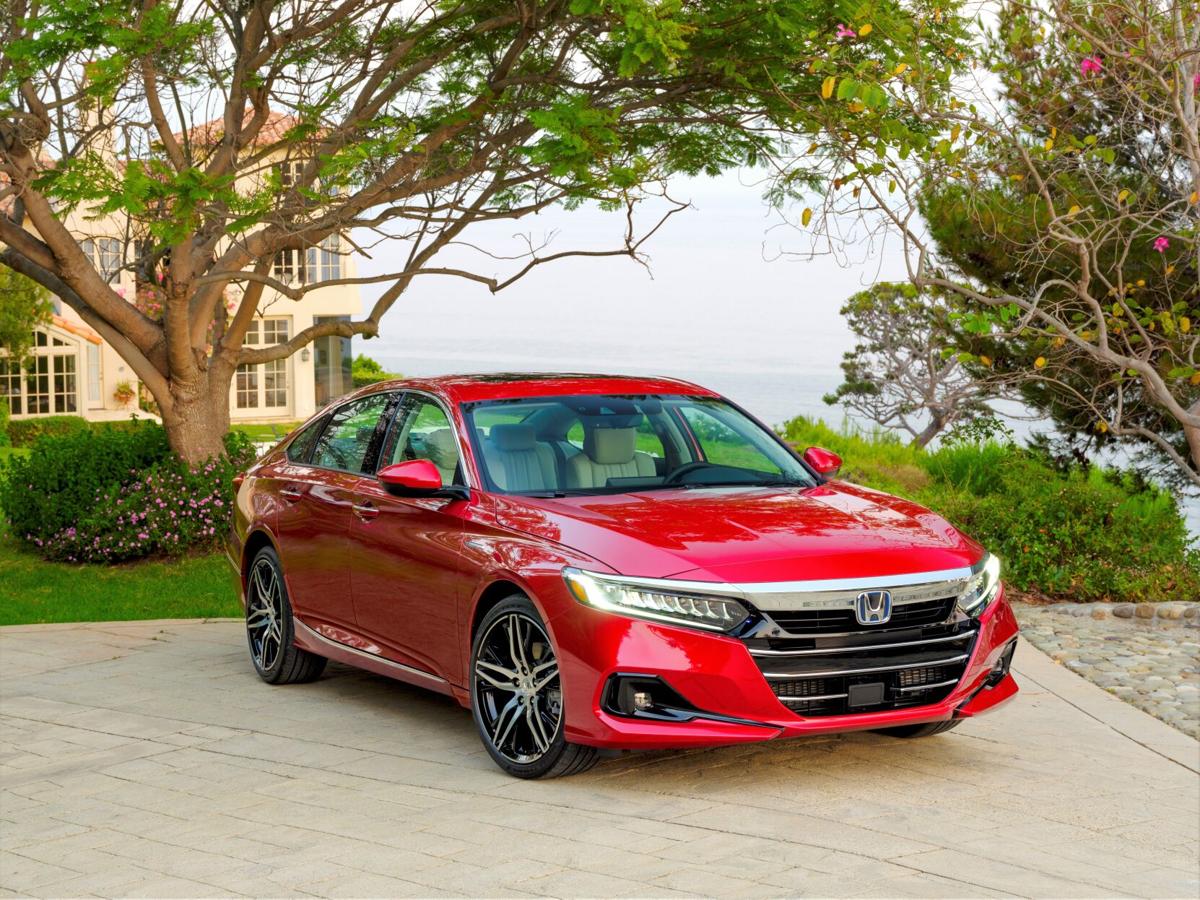 The face-lifted 2021 Honda Accord Hybrid is rated as high as 48 mpg, depending on trim. Photo provided by Honda. 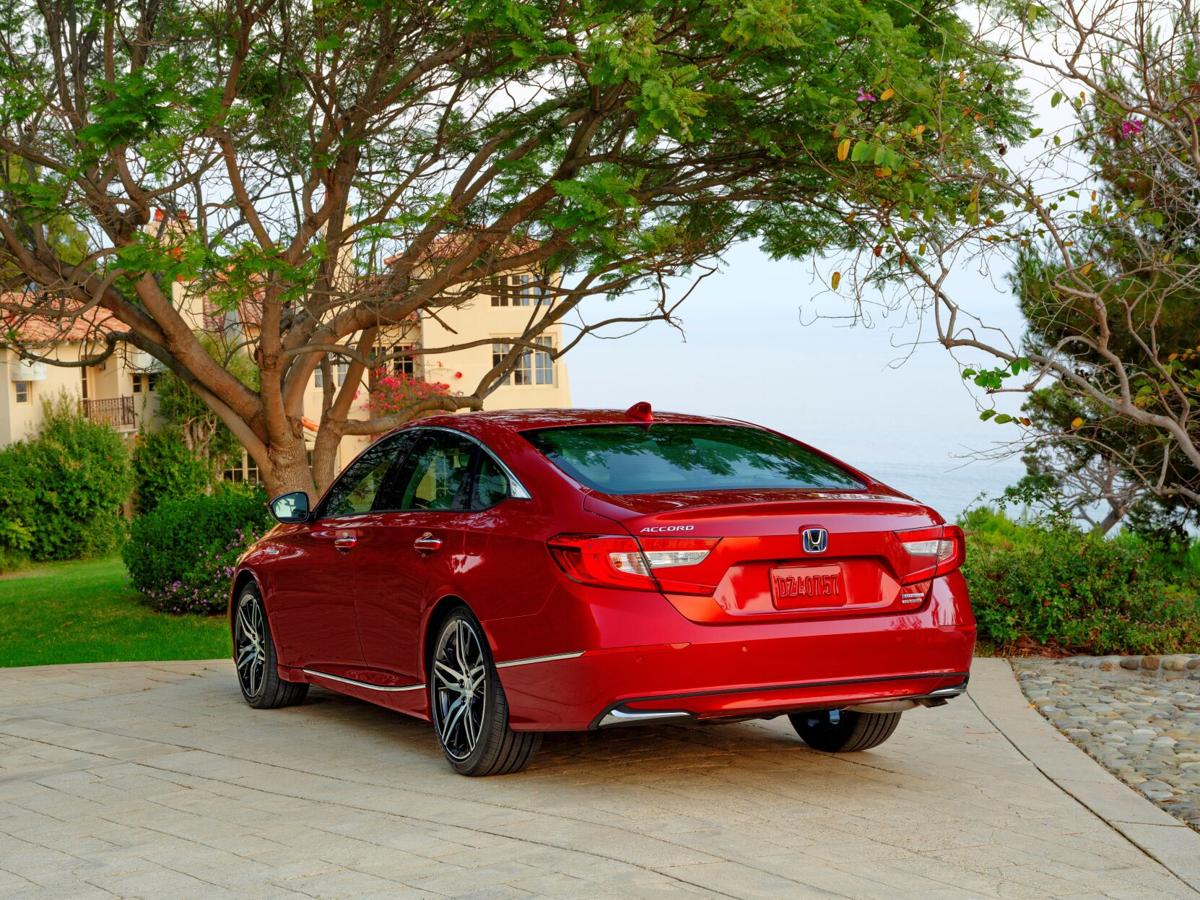 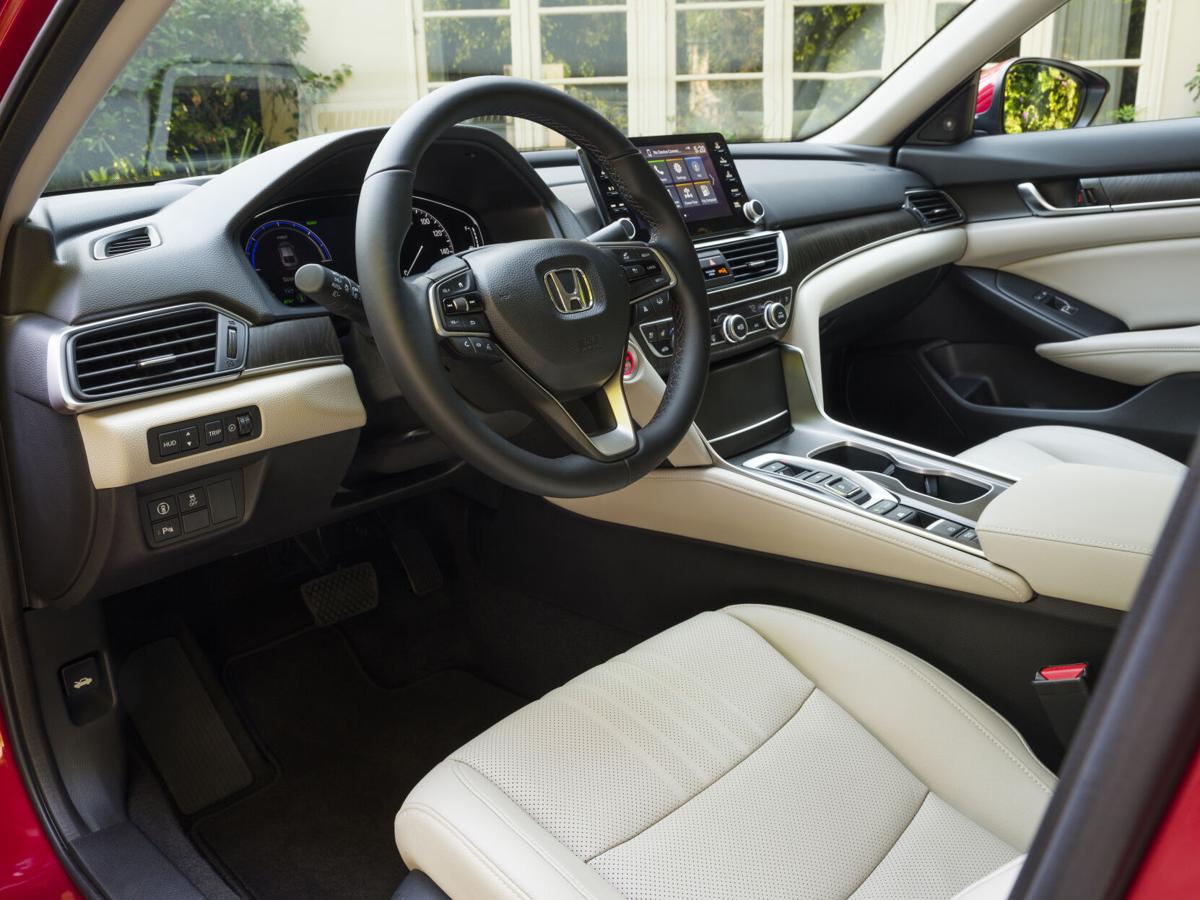