more info
This content was produced by Brand Ave. Studios. The news and editorial departments of the St. Louis Post-Dispatch had no role in its creation or display. Brand Ave. Studios connects advertisers with a targeted audience through compelling content programs, from concept to production and distribution. For more information contact sales@brandavestudios.com.
2022 Buick Encore GX
0 comments
Share this

Hey, the folks over at Buick ain't no dummies. They can read the writing on the wall. And, in model year 2022, that plaster-scrawled scribble screams: "THE WORLD IS CRAZY FOR CROSSOVERS!"

Oh, back in the day, a Buick used to be a big luxury car, just a notch below Cadillac. Grandpa will remember when wags christened Buicks "doctors' cars." The theory was the local sawbones didn't want to look too prosperous thanks to his patients' woes, so he didn't want a Cadillac. On the other hand, he still wanted (and could afford) a big luxury ride.

Buick fit the bill: slightly less ostentatious than a Caddy, but still plush as a palace thanks to such memorably sybaritic land yachts as the 17-foot-long Super Riviera Coupe of 1950, the 18-foot-long LeSabre Wildcat of '65, and the endless, 19-foot-long Electra 225 of '59.

But, oh, how times have changed!

Buick's lineup for 2022 consists of four vehicles, with not a passenger car in the bunch. Walk into a Buick showroom today and you'll see an Enclave, an Envision, an Encore GX and an Encore -- all crossover SUVs that are offered in sizes, respectively, of large, midsize, small and smaller.

More diminutive than midsize -- but bigger than tiny -- Enclave GX slots size-wise between Envision, which is about a foot longer than GX, and Encore, which is 3 inches shorter. Despite the similar name, the compact Encore GX is not related mechanically to the microscopic Encore.

In 2022, the Buick Encore GX remains available in trims of Preferred, Select and Essence, and continues to offer a pair of diminutive turbocharged engines -- a 1.2-liter, 137-hp three-cylinder and a 1.3-liter, 155-hp three-cylinder.

The 1.2L, managed exclusively by a CVT automatic, is compatible only with front-wheel drive while the 1.3L, at the buyer's discretion, can power just the front wheels or all four. The front-drive 1.3 gets the CVT, the AWD version is managed by a nine-speed automatic.

On the road, Encore GX's 155-hp, blown three, mated, as it is, to that CVT, provides modest acceleration as it sings a coarse exhaust note under hard provocation. Also, the little guy's suspension, attached to 18-inch wheels under our Essence, willingly telegraphed road imperfections to the cabin. On the other hand, when cruising on civilized pavement, Encore GX is quiet and civil -- impressively so.

In 135 miles, more on surface streets than on the interstate, we realized 28 mpg in our front-drive, 1.3-liter GX.

Room up front is good, while the decor in our Encore GX Sport Touring -- black with contrasting stitching, matrix-look trim and piano-black accents -- was appealingly sporty. Meanwhile, backseat head room is good but leg room, not surprisingly, is utterly dependent on the kindness of front passengers.

Regarding infotainment, it's straight-forward. The system, which includes a volume knob for audio, cries out for a tuning knob for the radio, but the touch screen is well-presented and logical. And, needless to say, the system is Apple CarPlay and Android Auto compatible.

Yep, Buick has adapted nicely to the 21st century.

Finally, full-disclosure: we drove a 2021 front-drive Encore GX with the 1.3-liter engine. However, save four new paint colors, the 2022 is identical. 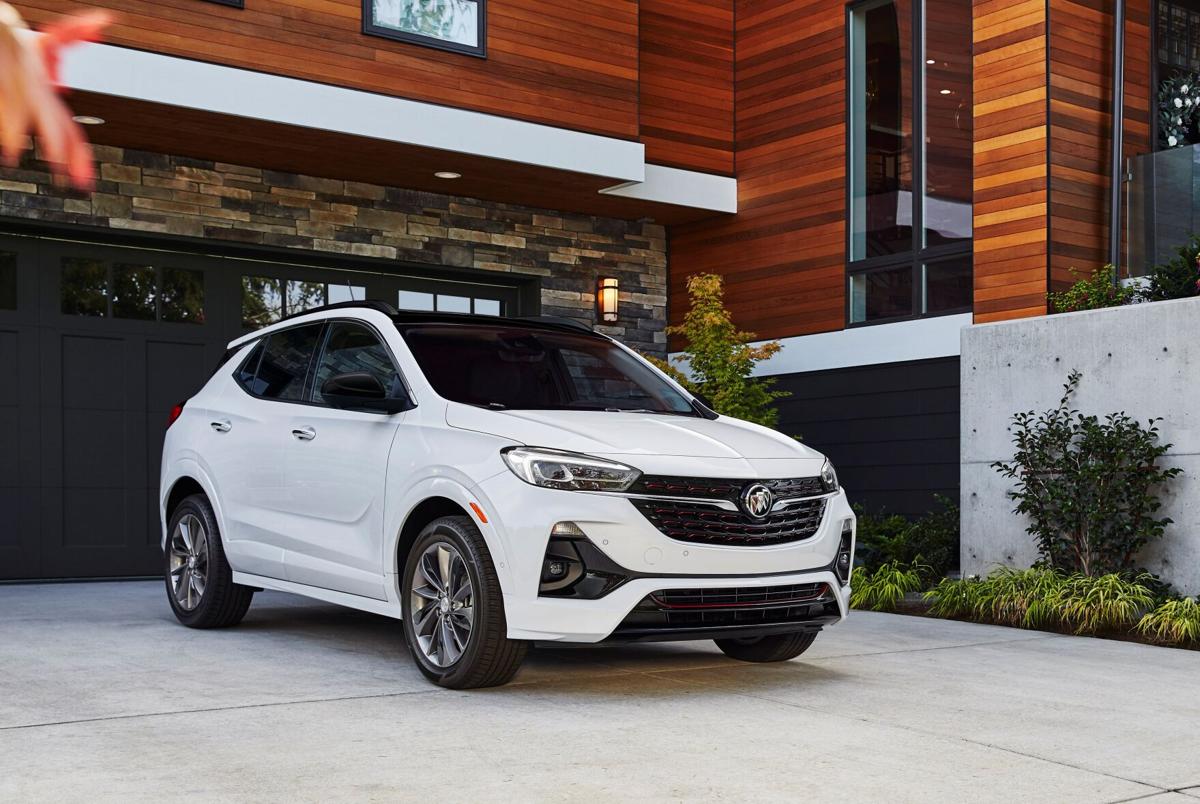 The Encore GX slots between the smaller Encore and the midsize Envision in Buick's four-crossover lineup. 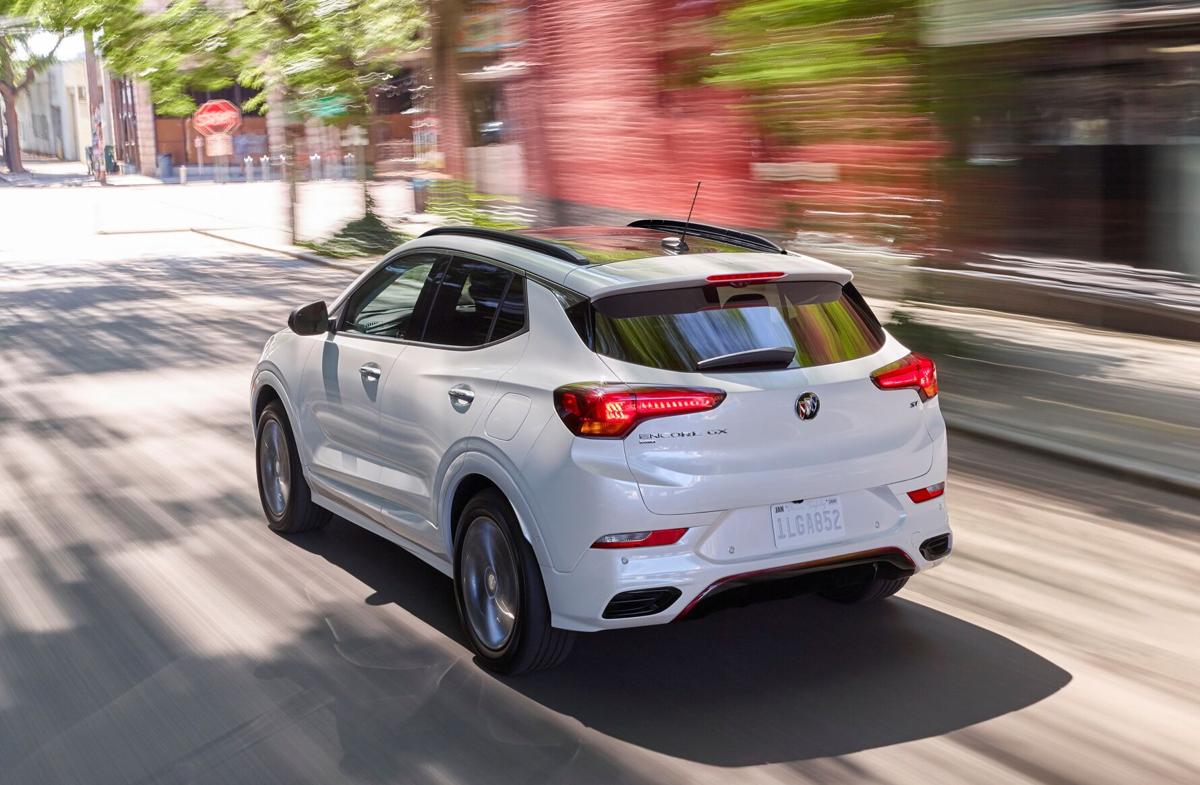 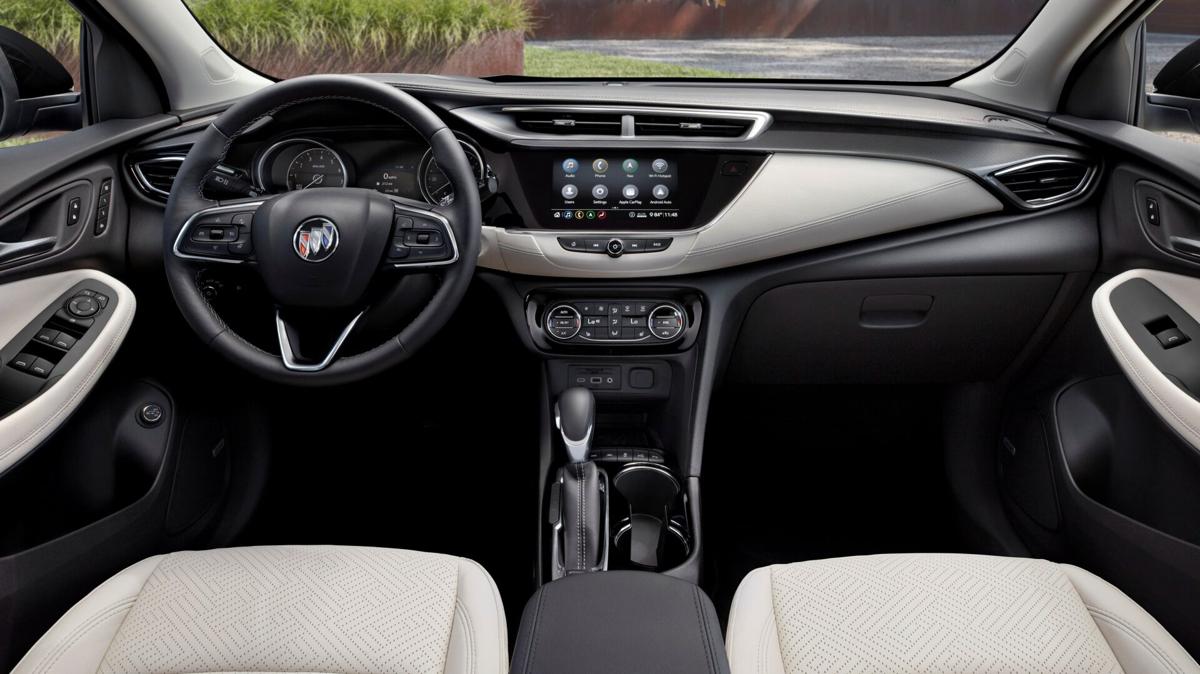