more info
This content was produced by Brand Ave. Studios. The news and editorial departments of the St. Louis Post-Dispatch had no role in its creation or display. Brand Ave. Studios connects advertisers with a targeted audience through compelling content programs, from concept to production and distribution. For more information contact sales@brandavestudios.com.
2023 Nissan Z
0 comments
Share this

"Z" may be the mark of Zorro, but it's the passion of Nissan. But, hey, don't take my word for it. That's the word from the boss at Nissan.

“Z is the pure expression of thrill. It is Nissan’s passion wrapped up on four wheels,” said company CEO Ashwani Gupta.

And that explains why a two-door, two-seat coupe -- after a brief hiatus -- is being re-launched into an automotive landscape that's crazy for crossover SUVs.

Having skipped model years 2021 and '22, the Nissan Z returns in 2023 simply as the Nissan Z -- no number in its moniker, as has been the case in the past. Nonetheless, Nissan clearly hopes it's got somebody's number -- oh, say the Toyota Supra's and Ford Mustang's.

To make a splash in the shrinking two-seat-coupe category, this new Z has embraced both its storied heritage and the reality of living in the 21st-century.

Regarding heritage, the styling is clearly inspired by the original early-'70s Z's, the 240Z, 260Z and 280Z -- cars still discussed in reverently hushed tones by sports-coupe aficionados. This new Z proves it shares that reverence with a nod to its grandpas via its classic long-hood/short-deck, rear-drive proportions. Other classic cues include the flowing-roofline profile, squared-off rump and rear-quarter glass.

Inside, that reverence for the past continues with Z's trademark three analogue gauges atop the center stack.

Of course, this being the 21st century, the requisite touch screen also lives in that center stack, providing access to a sound system with Android Auto and Apple CarPlay compatibility and sharing infotainment duties with a modern 12.3-inch reconfigurable gauge display ahead of the driver.

Retaining the 2020 370Z's 100.4-inch wheelbase, but showing a low-slung profile that stretches 4.9 inches farther, this new Z is powered by a twice-blown six-pack that it shares with some lively corporate buddies: Infiniti's Red Sport 400 line.

That engine generates 400 hp and a lusty 350 lb.-ft. of torque, the latter fully onboard at a very accessible 1,600 rpm. At the buyer's discretion that muscle is channeled to the pavement via the rear wheels through either a six-speed manual or nine-speed automatic transmission.

Nissan figures drivers will greet 60 mph in about 4 seconds.

The 2023 Nissan Z will be offered in two trims, Sport and Performance, both available with the manual or automatic. At launch, there also will be a limited-edition Proto Spec model, but move fast if that's the one you want: only 240 will be offered to U.S. buyers. (Bet you can guess the significance of THAT number!)

Look for the new Z to hit showrooms next spring. Although official pricing has yet to be released, we're guessing a high-$30,000's base price for Sport is a good bet.

EPA MPG: Not yet certified (Z arrives next spring) 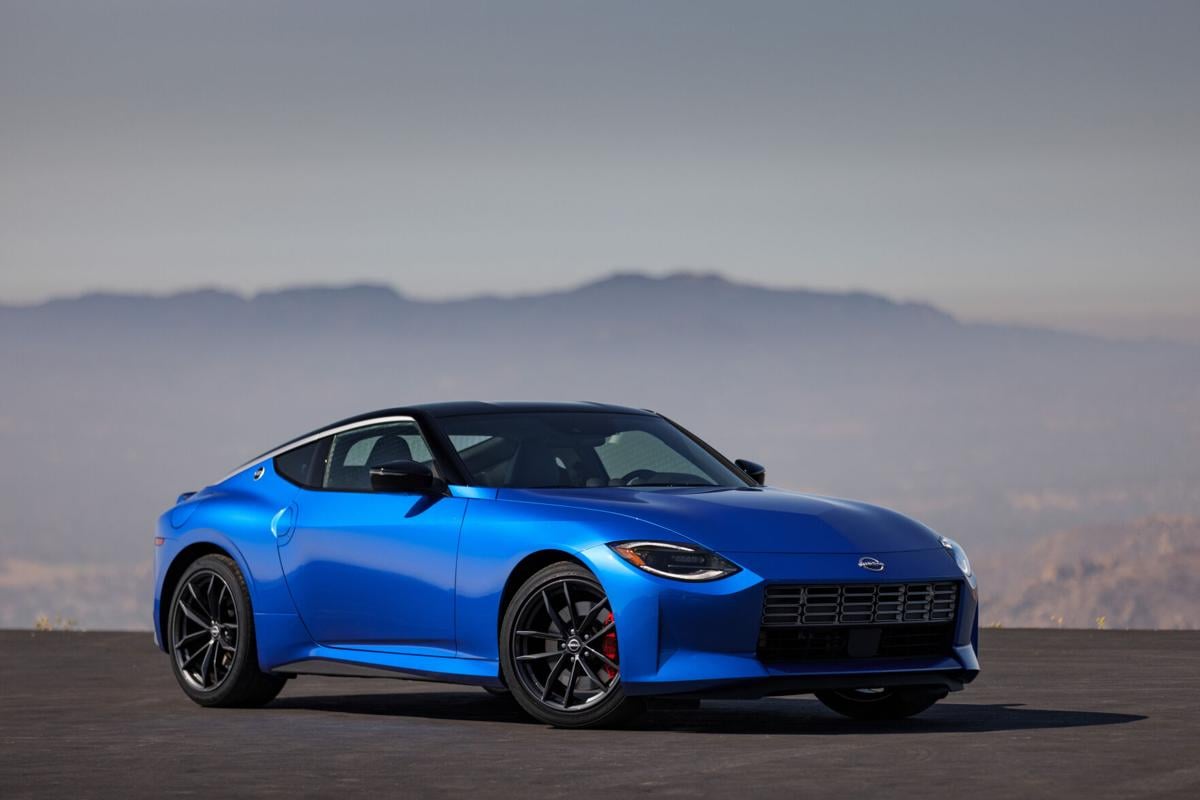 After a two-model-year hiatus, the Nissan Z returns with classic styling and a more powerful engine. 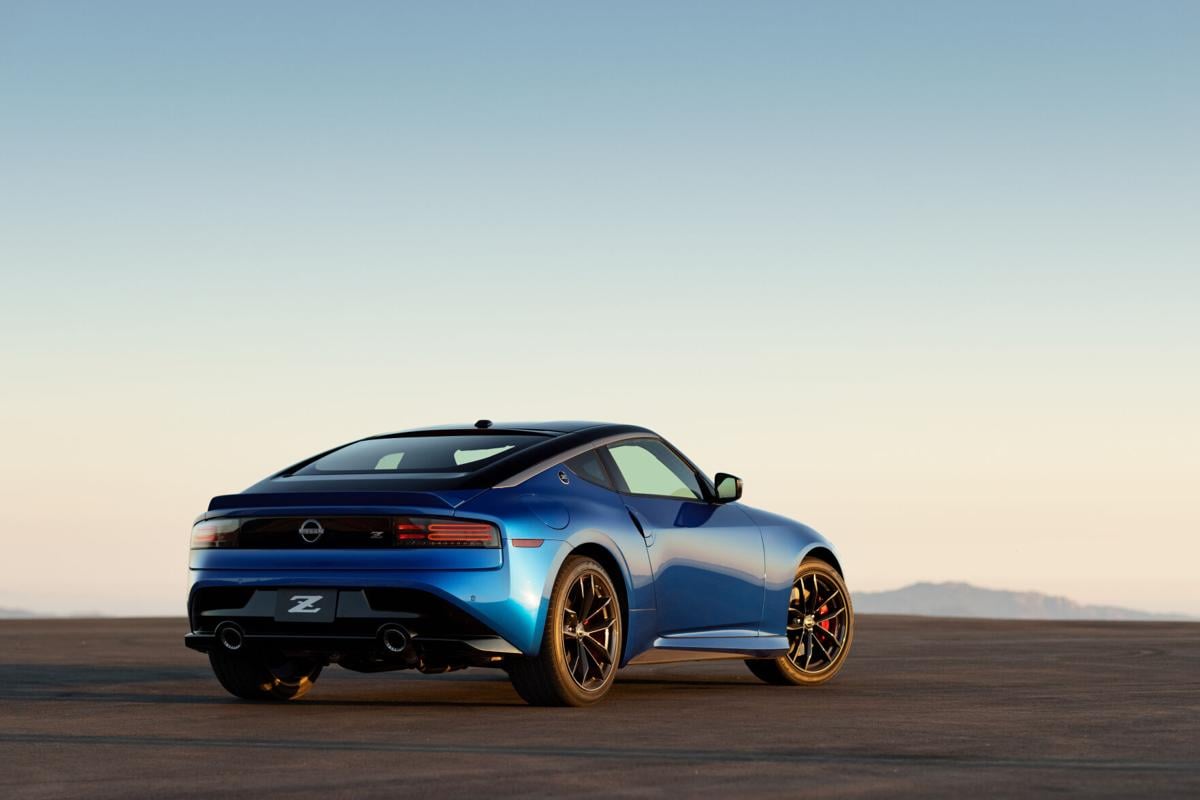 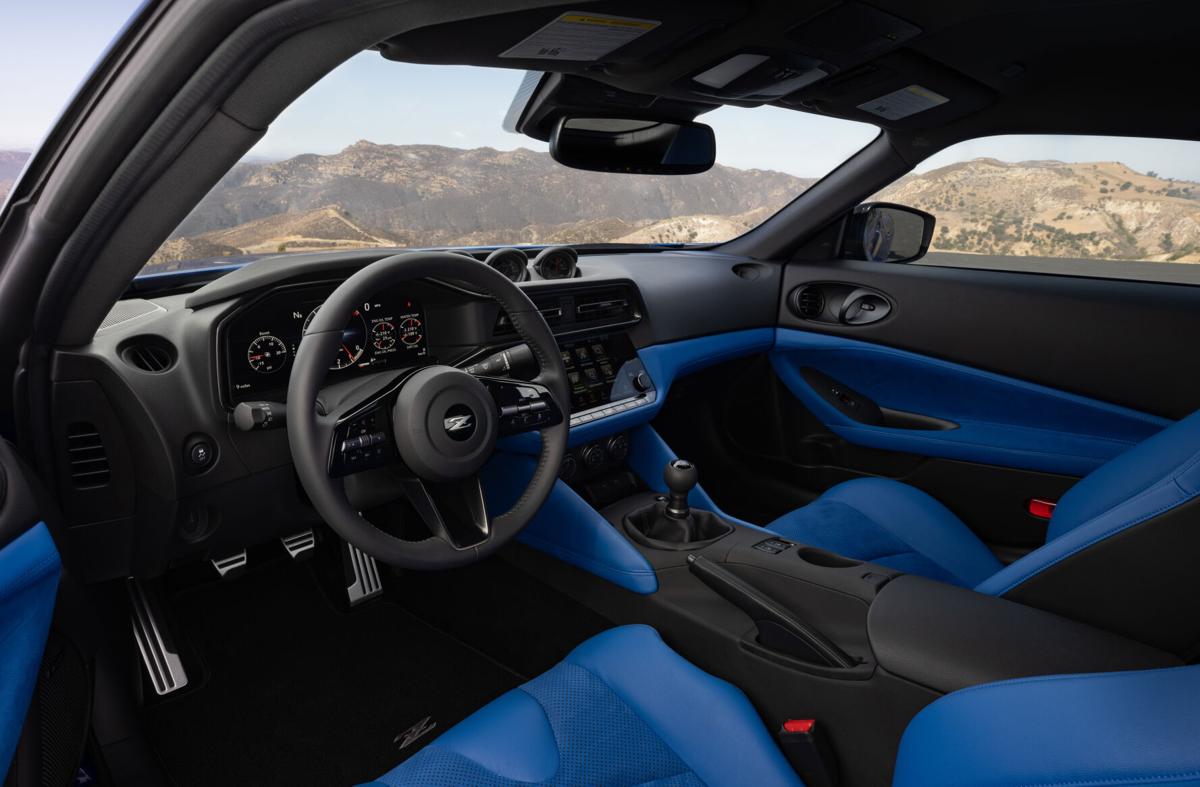