more info
This content was produced by Brand Ave. Studios. The news and editorial departments of the St. Louis Post-Dispatch had no role in its creation or display. Brand Ave. Studios connects advertisers with a targeted audience through compelling content programs, from concept to production and distribution. For more information contact sales@brandavestudios.com.
A chair for everyone: Suzanne Palmer orchestrates unity in her music classroom
0 comments
Share this

Teaching music to first- through eighth-graders isn’t Suzanne Palmer’s only task at Jefferson Elemiddle School in the Normandy School District. She also helps students secure auditions for groups such as Muny Kids and the St. Louis Children’s Choir. She preps them for their auditions. She takes them to tryouts. “I’m not obligated to do that,” she says, “but why wouldn’t I want to get up for that every day?”

She doesn’t consider it a sacrifice because that implies she’s doing something that she doesn’t really want to do. She does ask one thing of her students, though. “I always tell [them] that I’m not looking for glory for myself, but when you are on television receiving your Grammy Award, can you say, ‘And it all started with my elementary school music teacher, Mrs. Palmer!’”

Mrs. Palmer attended Jefferson Elementary herself. Throughout her school years, she played the flute, was a drum major and landed the role of Sandy in “Grease.” “It was like “High School Musical,” but for real,” she recalls. Then she went to the University of Missouri Columbia, where she majored in flute performance before earning her degree in K–12 music, band and vocal.

As an African American student at Mizzou, Mrs. Palmer says she felt compelled to return to the St. Louis area and teach, which she has done for the last 32 years. Although she also has a master’s degree in administration, she feels that teaching has a more direct impact on students’ lives. “That’s the reason I went back to the classroom — so I can impact families in my community, help them get scholarships, help them pursue careers in theater and the fine arts — if that’s what their kids have as a talent,” she says.

Even if her students aren’t naturally gifted, she believes the fine arts are inclusive to all who wish to participate. “You don’t have to [be] the best singer to be involved in a musical or be first chair. Somebody’s got to be third chair, and it takes all of us to make the orchestra. I never discourage a child to do something else. I try to figure out where they will fit,” she says.

Mrs. Palmer loves the enthusiasm her students bring to learning about music, which she uses as a springboard to the world far beyond her classroom. “I try to leverage a scale of where African Americans were [historically] during a particular time period. “When we do Celtic music in March, we talk about the relationship between the Irish and African Americans. I want them to appreciate and to understand: Why is the popcorn green at the grocery store? Why do people get pinched if they’re not wearing green? So with different music and different cultures, it’s very important to teach children that we don’t just live in a box. We have to appreciate [culture] and everyone’s music.”

Colleague Emilia Belciak says Mrs. Palmer is tireless in her pursuit of excellence and says the honor of being named the St. Louis Post-Dispatch’s Teacher of the Month is long overdue. “As her retirement approaches, we are all nervous about how we will ever get by. Without her, our school would be missing more than our music teacher — we would be missing a vital leader of our team.”

Although Mrs. Palmer says that her life is far more focused on teaching and living music than it is about awards, when she found out she had been named Teacher of the Month and would receive $250 from Elco Chevrolet, she says, “It made me feel really appreciated. It made me feel good, with a capital G-O-O-D.”

In the meantime, this honor will have to bridge the gap until one of her former students gives her a long-awaited shout-out from the Grammy stage. 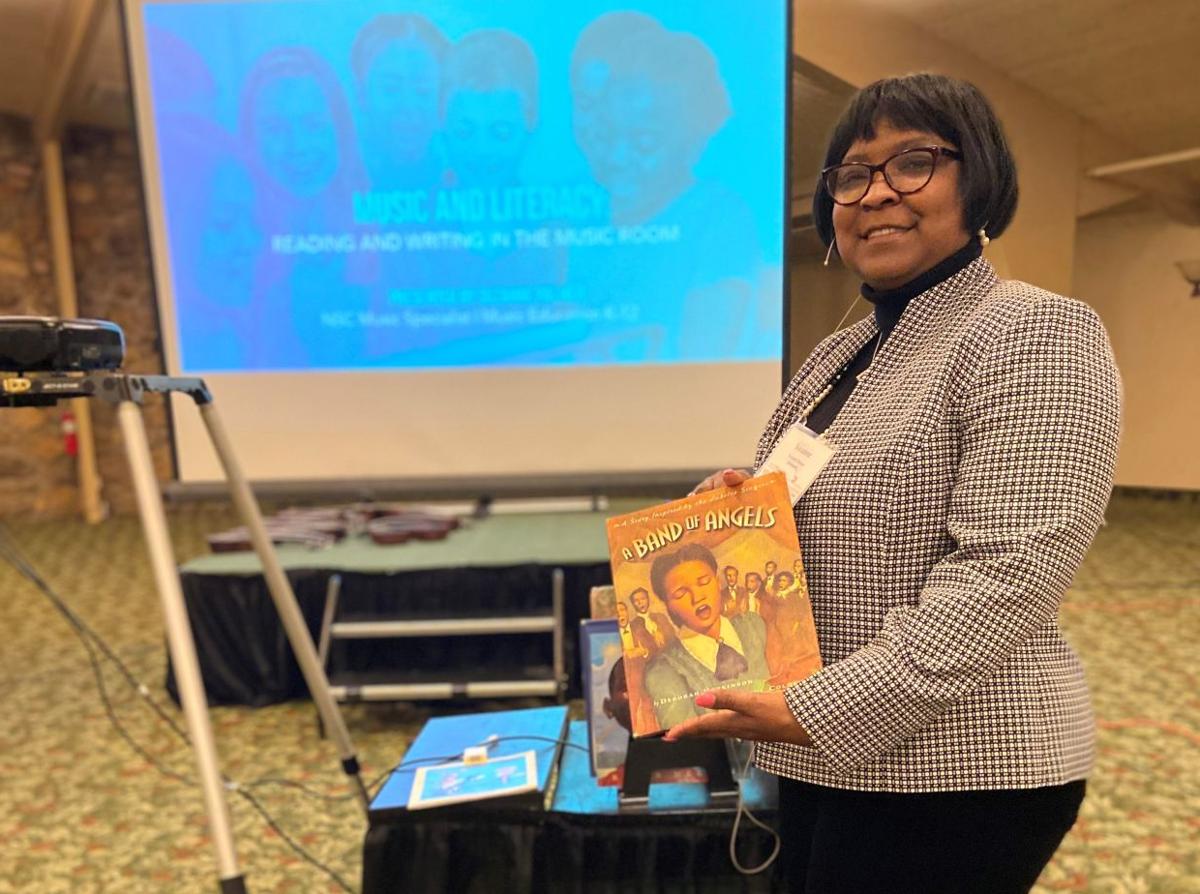