With crossover SUVs more popular than Bing Crosby at Christmastime -- roughly 100 currently are on offer in the U.S. (crossovers, not Crosbys) -- Buick figures it can’t go wrong offering yet another one.

Furthermore, the Buick suits figure if that new crossover also happens to nicely plug a notably large size-gap in Buick’s crossover lineup, all the better.

Thus we get the 2020 Buick Encore GX, which will be the fourth crossover in the Tri-Shield’s line of E-commerce crossovers, which includes Encore, Envision and Enclave.

Although Buick has yet to release dimensional specs for the new Encore GX, we do know that, in Buick’s crossover lineup, it will slot between the diminutive Encore and the nearly 16-inch longer Envision. When it arrives, Encore GX will share its basic platform with the upcoming, and equally new, Chevy Trailblazer.

Although the 1.2-liter’s power specs in the Buick were unavailable at press time, that engine makes 137 hp and 162 lb.-ft. of torque in the Chevy. And, as in the Chevy, it will be compatible in the Buick only with front-wheel drive and be managed exclusively by a CVT automatic transmission.

Encore GX’s 1.3-liter blown three will generate 155 hp and 174 lb.-ft. of grunt. Compatible with both front- and all- wheel drive, that engine will be managed in front-drivers by a CVT automatic and in all-wheel drive models by a nine-speed automatic.

Seeking to compete in the small-but-upscale crossover segment, the standard Encore GX comes nicely equipped. Among its standards are the latest in infotainment and connectivity talent, including Apple CarPlay and Android Auto compatibility, plus the ability to offer wireless charging and Bluetooth pairing, which allows up to two phones to be paired at the same time. The system also supports SiriusXM’s next-generation audio entertainment platform, “SiriusXM 360L,” which combines satellite and streaming to deliver more channels and access to live and on-demand programming.

Inside, practicality is highlighted with a cabin that boasts not only a folding rear seat, but also a fold-flat front-passenger seat, which enables -- with the tailgate closed -- the carrying of an 8-foot 2x4 or an 8-foot stepladder or an 8-foot whatever.

Cabin perks for people include sound-deadening glass and triple-sealed doors -- Buick calls that stuff “Quiet Tuning” -- along with such available upgrades as leather, heated steering wheel and an ionizing air filter system.

Look for the new Encore GX to arrive early next year. Buick had not released pricing at press time, but we’re guessing mid- to upper-20s to start.

EPA MPG: Not yet certified (GM estimate: up to 31 mpg combined city/hwy) 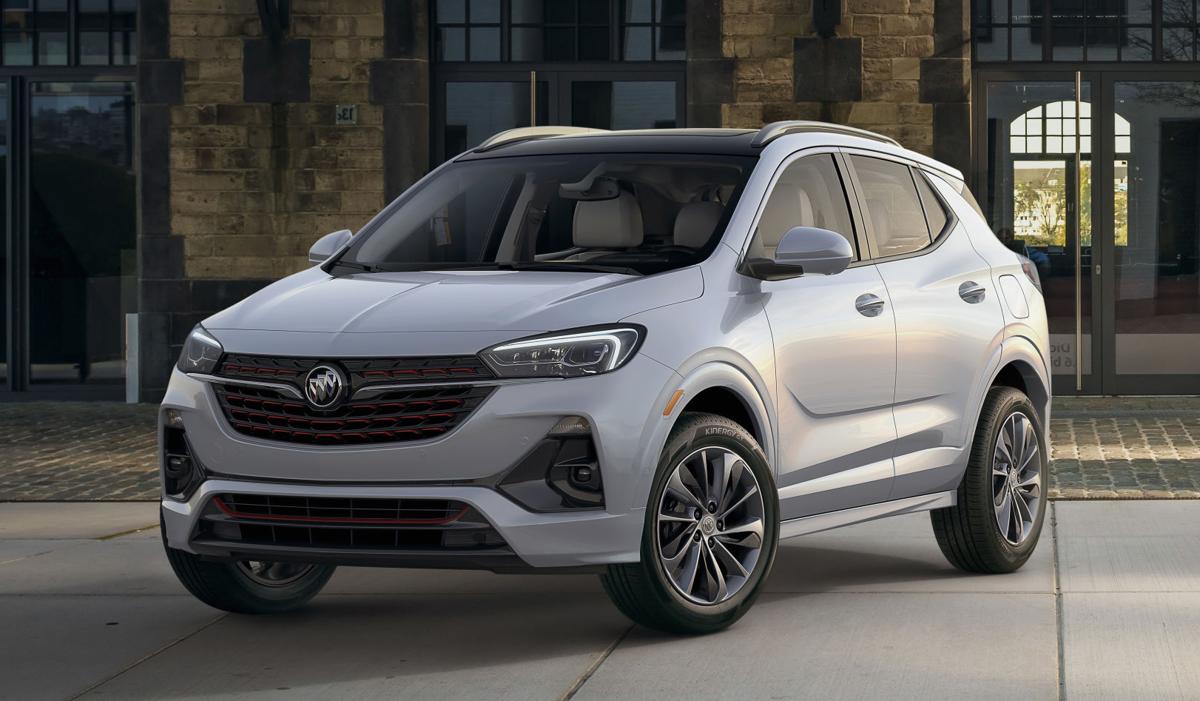 The all-new 2020 Buick Encore GX will slot between the smaller Encore and the midsize Envision in Buick’s crossover SUV lineup. Photo provided by Buick 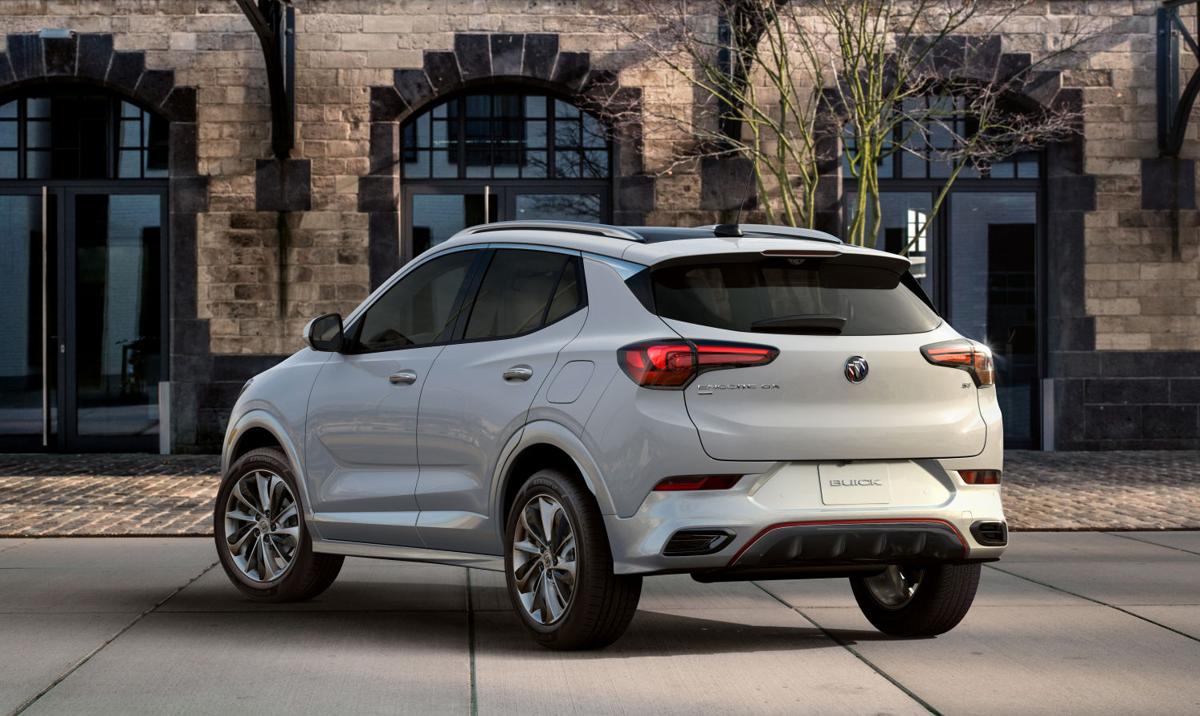 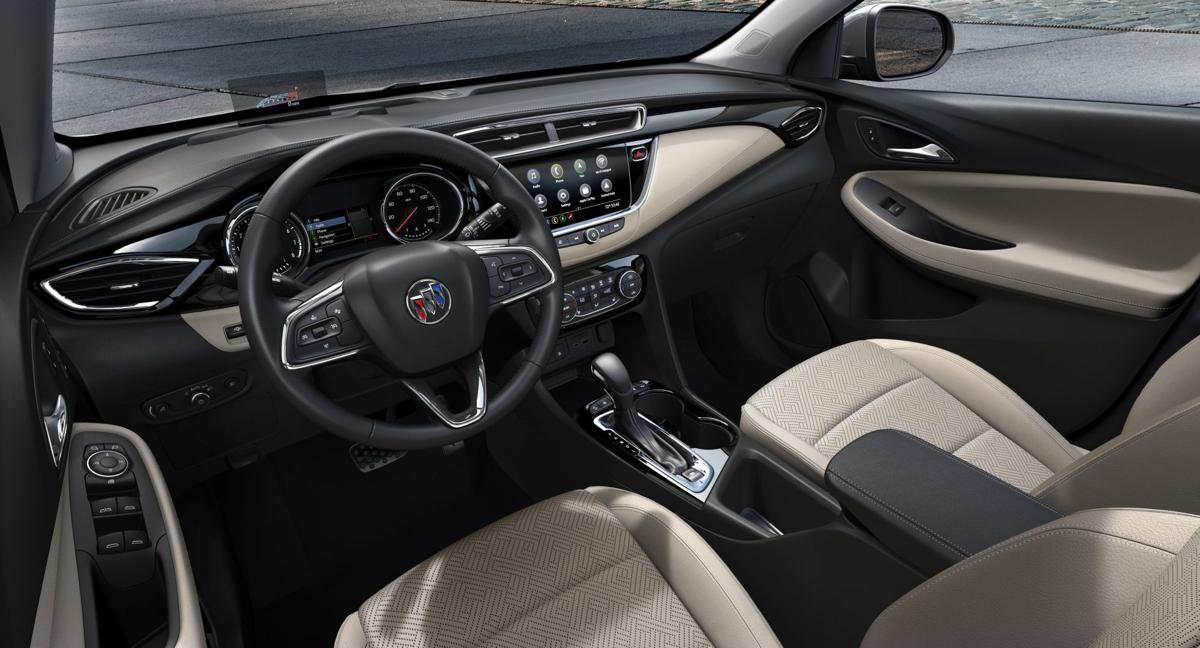