Chevrolet is in the process of retiring a host of passenger cars, Cruze, Volt, Impala and Camaro among them. It’s a move that fans of traditional automobiles might think takes a lot of crust, but GM’s bowtie division is well aware of which models make the dough.

Among Chevy’s most successful chefs is the compact Equinox crossover. Having sold 346,048 copies in calendar year 2019, Equinox is Chevy’s best-selling vehicle among Chevrolet vehicles that are not named Silverado.

So, after introducing an all-new Equinox for the 2018 model year, Chevy has been incrementally improving it ever since, with such upgrades as 2019’s adaptive cruise control, expanded availability of active safety features and upgraded infotainment interface, and, in 2020, the offering of the street-smart Midnight Edition on LT trims. The 2021 model, which was just unveiled at the Chicago Auto Show, shows Equinox’s most radical overhaul yet.

Still available in the familiar L, SL, LT and Premier trims, Equinox for 2021 enhances its top-of-the-line Premier edition while adding a sporty new RS to the family.

Already tony, Premier goes farther uptown in 2021 with a chrome-insert gloss-black grille, LED headlamps and taillights, 19-inch machine-faced wheels, an illuminated logo that emanates from the tailgate at appropriate times and, inside, “French stitching” (oooh, la la) on upholstered surfaces.

Regarding the sportier RS, it -- alas -- offers no performance upgrades but does walk the walk with street-cred styling cues, all done in black, that include 19-inch wheels, bowtie logos, badging, side rails and grille, not to mention quad tailpipe tips in back. Inside, RS shows -- you guessed it -- a black interior, but that ebony treatment is contrasted with eye-catching red stitching.

Throughout the model line, Equinox for 2021 displays redesigned front and rear fascias, new LED headlamps and a more aggressive grille -- a grille whose design owes an obvious debt to Camaro.

The 2021 Equinox carries over its two 2020 drivetrains. (The formerly available diesel was dropped after the 2019 model year.) That pair of engines -- both I-4s and both turbocharged -- include a base 1.5-liter making 170 hp and 203 lb.-ft. of torque through a six-speed automatic, and an available 2.0-liter turbo four whose 252 hp and 260 lb.-ft. of twist are managed by a nine-speed automatic. Front-wheel drive is standard with both motors while all-wheel drive can be had with either.

With its retained overall size, it’s reasonable to assume that Equinox, in the wake of this mid-cycle refresh, will maintain its roomy cabin and handy cargo capability.

Look for this refreshed 2021 Equinox to arrive in showrooms this fall. Pricing had yet to be announced at press time, but it’s reasonable to assume that the cost of this popular crossover will remain within shouting distance of its 2020 pricing structure, which ranges from $24,995 for a front-drive L to $36,895 for an all-wheel drive Premier. 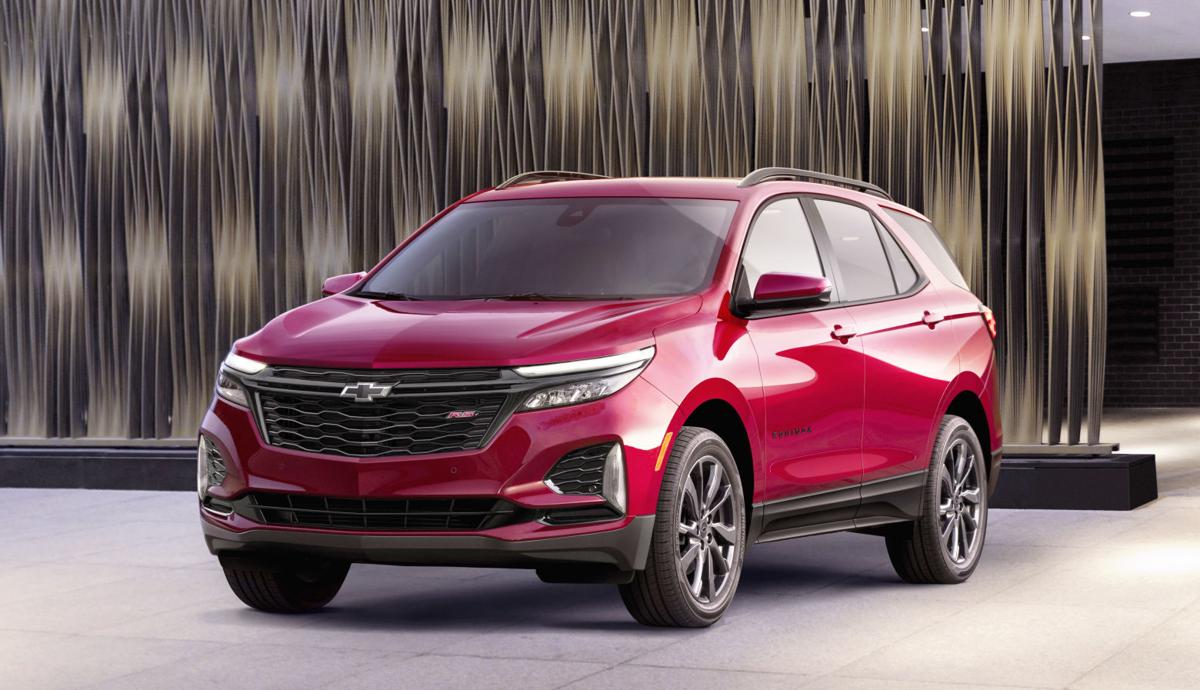 New for 2021 is this sporty RS trim, which boasts exterior touches done in black, including its 19-inch wheels, bowtie logos, badging, side rails and grille. Photo provided by Chevrolet 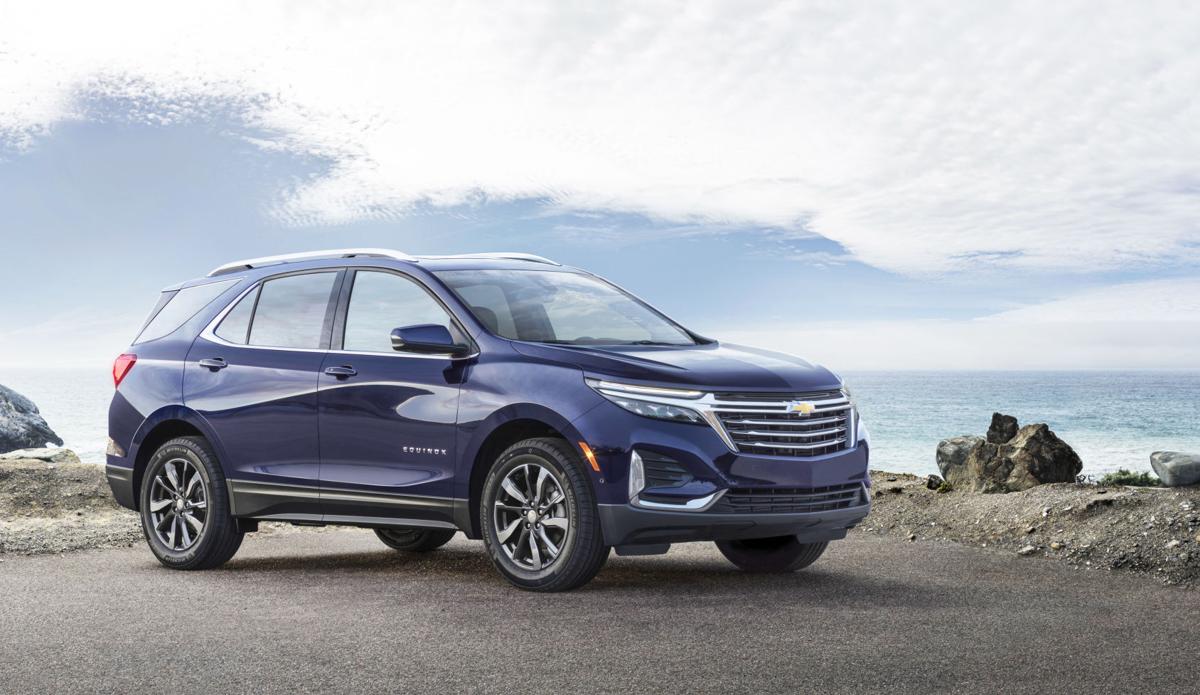 For 2021, the familiar Premier trim gains a gloss-black grille with chrome inserts, LED headlamps and taillights, 19-inch machine-faced wheels and, inside, “French stitching” on upholstered surfaces. Photo provided by Chevrolet 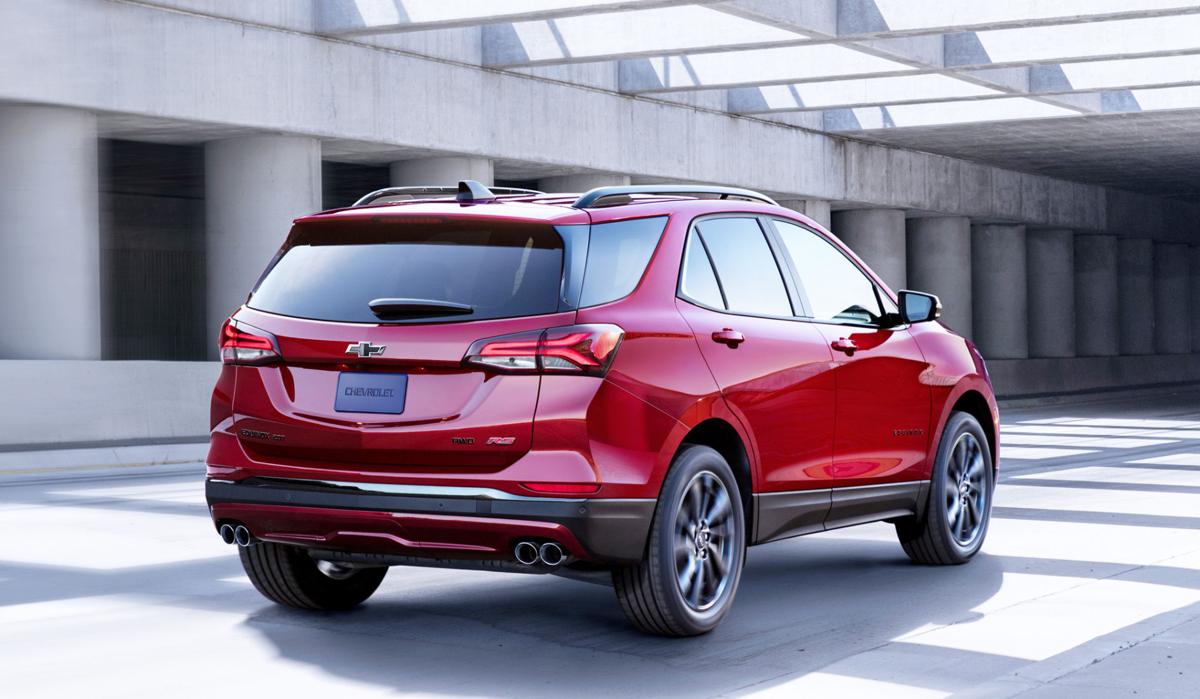 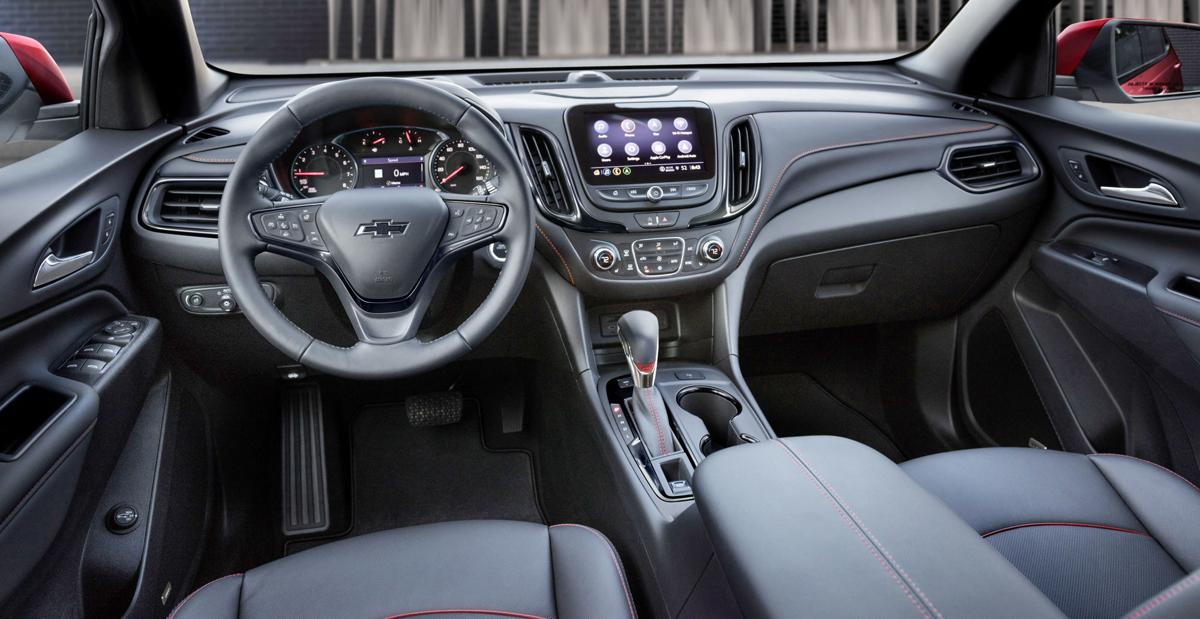 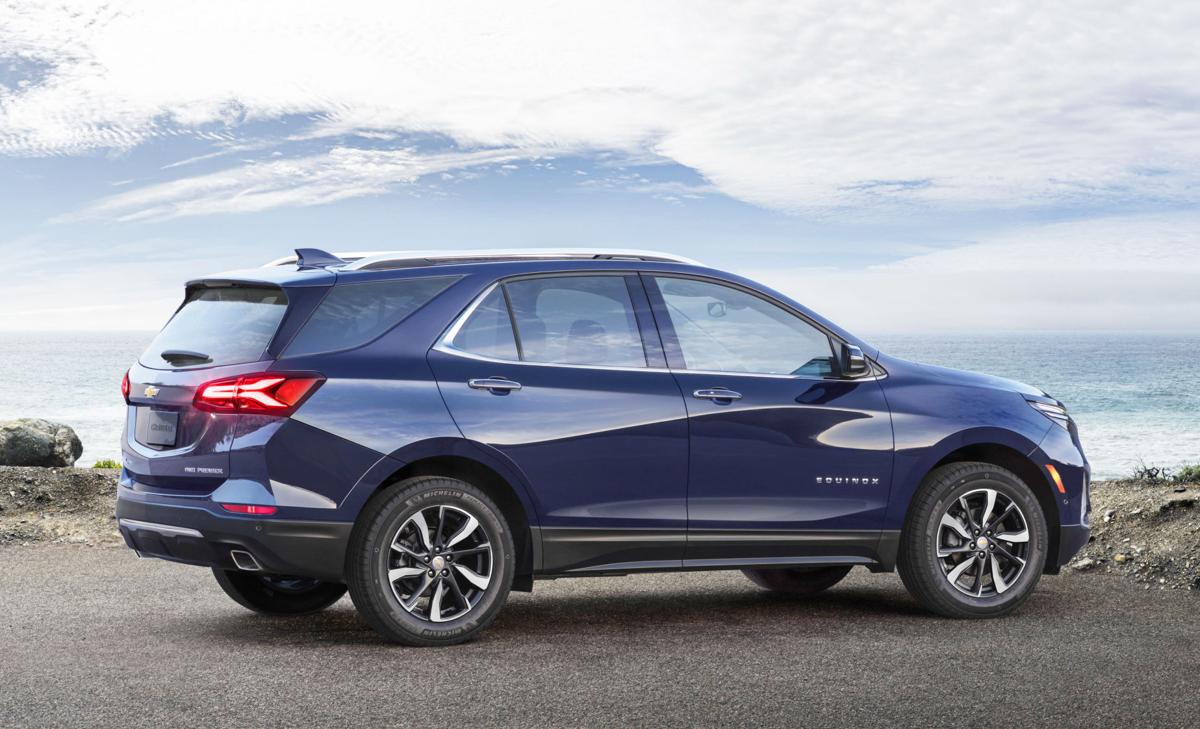