2021 Chevrolet Trailblazer: The name is familiar, but the vehicle that wears it isn’t
0 comments
Share this

The application of a classic car name to an all-new vehicle is nothing new.

The lengthy list of these types of christenings includes such notables as the “Continental,” which in 1956, after the original Connie’s ‘48 demise, saw the first of Lincoln’s many resurrections of that moniker. And then, of course, there’s “Challenger,” revived by Dodge in 2008 after being retired as a domestic coupe way back in ‘74.

But it’s not just domestic nameplates that revive classic names. Toyota, for example, has resurrected “Supra” for 2020 after shelving it in 2002.

All of the above vehicles bore at least a passing kinship with its storied name-sake. In more recent resurrections, that hasn’t necessarily been the case.

Chevy’s latest Blazer, for example, is a car-based, unibody, front- or all-wheel drive crossover. Compare that to the truck-based, body-on-frame, rear- or 4WD roughneck Blazers of yore.

And what about Ford’s latest “Mustang,” which is a 2021 electric crossover SUV?!! Don’t get me started.

Now, Chevy’s at it again, unveiling a 2021 Trailblazer that is not a truck-based, midsize, rear- or 4WD SUV, as was its forebear. It’s a car-based, compact, front- or AWD crossover.

I don’t believe in nothin’ no more!

Slightly larger than the 2019 Trax, Trailblazer, which shares its basic platform with Buick’s Encore GX, will slot between Trax and Equinox in Chevy’s crossover hierarchy.

Trailblazer’s base engine, which will be available only with front-wheel drive, will be a 1.2-liter, 137-hp turbocharged three-cylinder that generates 162 lb.-ft. of torque. That power will be sent to those front drive wheels exclusively via a continuously variable (CVT) automatic.

The engine-compartment upgrade will be a slightly larger, 1.3-liter turbocharged three-cylinder capable of generating 155 hp and 174 lb.-ft. of grunt. Compatible with both front- and all-wheel drive, that engine will be managed in front-drivers by a CVT and in all-wheel drive models by a nine-speed automatic.

Two Trailblazer trims will be available: Activ and RS. The former is the little tough guy of the family, “tuned for off-road use,” Chevy says, while the latter is the sportier model, exhibiting an ambience of urban-cool.

A two-tone roof treatment can be had on both.

Regarding the all-important connectivity features, Trailblazer will feature Chevy’s latest infotainment system, providing the ability to use two Bluetooth-paired phones concurrently. The audio system, which boasts a satellite-radio receiver, is Apple CarPlay and Android Auto friendly.

Look for the new Trailblazer to arrive in showrooms in the spring of 2020 as a 2021 model.

GM has not released pricing, other than to say that the base front-driver will have a starting price, including destination and delivery, of under $20,000.

Perhaps it could be argued that being a crossover SUV in the 21st century with a base price that low makes this guy something of a trailblazer after all.

BASE PRICE: N/A (Chevrolet says the base price, including destination charge, will be under $20,000 when Trailblazer arrives in showrooms in spring 2020)

EPA MPG: Not yet certified

What’s wrong with this picture? At first glance you might say you don’t know. It is a mildly-customized, 1955 Ford F-Series (F-100) pickup wit…

2020 Infiniti QX80: It may be a brawler under its fancy linen, but it sure cleans up good

The 2020 Infiniti QX80 is sort of like Chewbacca in a tuxedo -- a hulking, nicely attired beast whose heart, generally speaking, is in the rig…

In the 2020 Nissan Rogue, there's good news and bad news for crossover buyers. 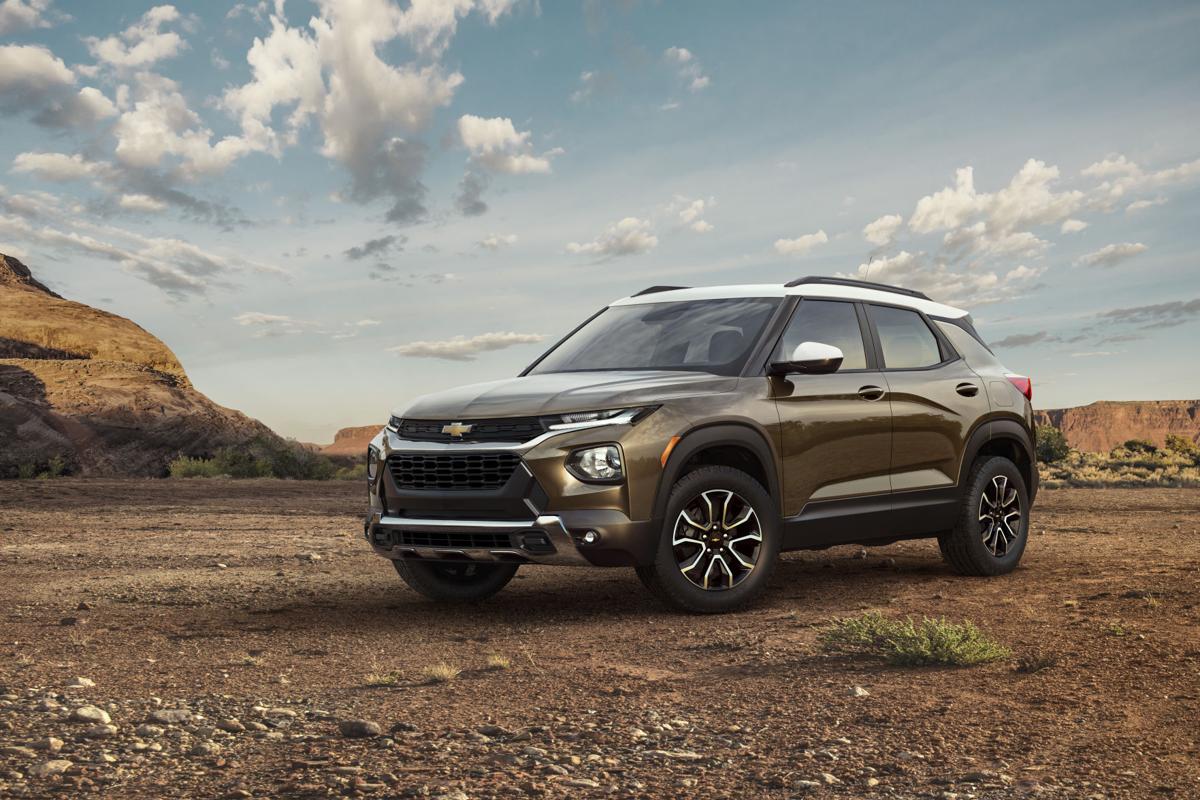 The all-new 2021 Chevrolet Trailblazer will slot between Equinox and Trax in Chevy’s crossover SUV lineup. Photo provided by Chevrolet 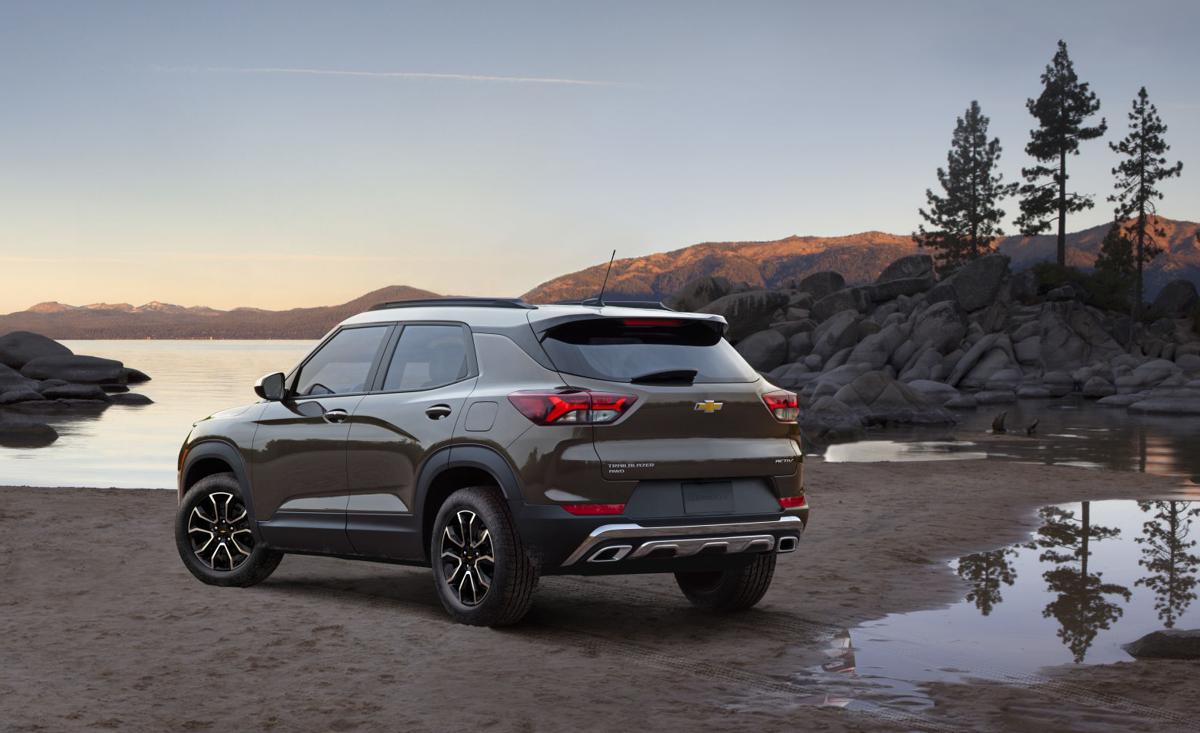 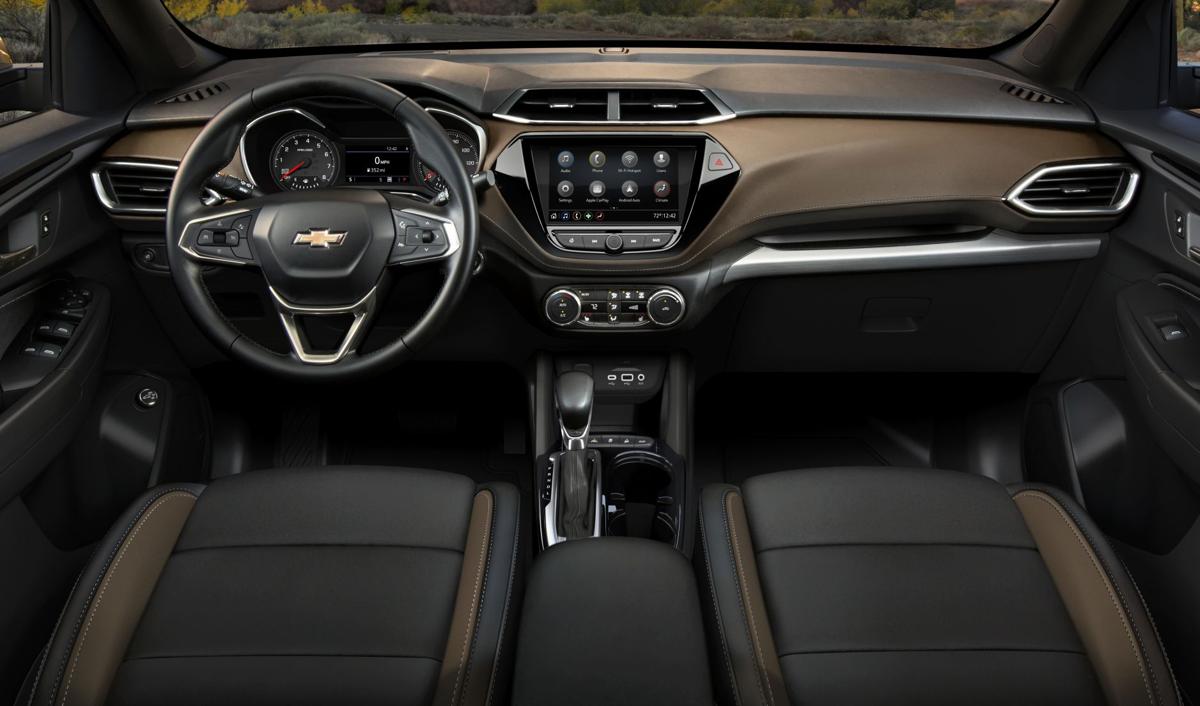