more info
This content was produced by Brand Ave. Studios. The news and editorial departments of the St. Louis Post-Dispatch had no role in its creation or display. Brand Ave. Studios connects advertisers with a targeted audience through compelling content programs, from concept to production and distribution. For more information contact sales@brandavestudios.com.
I just bought me a new car...
0 comments
Share this

I just couldn’t pass this one up. The AMC Javelin and AMX cars have always fascinated me since day one – but I’ve never owned one, that is, until now.

Who would have thought in the early ‘50s – when Nash automobiles resembled upside-down bathtubs – that the same company would, just a few years later, be producing sporty, great looking vehicles with stunning performance to boot? Perhaps the pinnacle of these cars was the AMX.

The two-seat, two-door fastback AMX had it all and then some. Unlike early Nash cars, this one appealed to youthful consumers – and looked great sitting in the driveway! With its 390 cubic-inch, V-8 producing 315 horsepower with a 4-barrel carb, this car was no slouch at the track. In 1969, the TV show Car and Track posted a 0 to 60 time of 6.5 seconds and a quarter mile time of 14.1 seconds, running an AMX 390 with the standard 4-barrel carburetor and 10.2:1 compression ratio. Of course, those numbers wouldn’t impress today’s average generation Z, (‘Zoomers’ or ‘Zombies’) what with the plethora of 700-plus horsepower muscle cars now on the street.

FIN MAN FACTOID: Assembly of the AMX was done in Kenosha, Wisconsin and in Port Melbourne, Australia where the car was known as the “Rambler AMX.”

AMC cars have a strong fan base and a great club right here in the St. Louis area. The Gateway AMC Club was established in 1979 and welcomes anyone interested in AMC’s or the AMC family of vehicles, whether they own an AMC product or not. They meet every second Sunday of the month at 5:30 p.m. at Bandana’s BBQ, 11750 Gravois Road 63127 in Sunset Hills, Missouri next to Sunset Ford.

Oh, by the way, my ‘new AMX’ was a great deal! It was on sale for just $59.95! No, I didn’t miss a few digits in that price. My AMX, shown in the photo above, is a 1-to-18 scale diecast model by Auto World and available at Mint Models Precision Diecast. The real version carried a factory-suggested base price of $3,235 – equaling $24,710 in today’s dollars.

UPCOMING EVENT: Don’t forget, THIS Saturday, February 13 is the It’s A Gas! petroleum and nostalgia swap meet in Lebanon, Missouri. I’ll be there with famed automotive restoration expert for the movies (retired), Bill Hannah.

NOTE: This is a fast event. Set up for vendors and early bird buyers ($40) is Friday 8 a.m. to 5 p.m. The show opens to the public Saturday, 8 a.m. until about noon. General admission Saturday is $5 at the door.

Statement from Nancy Russell, event promotor, regarding Covid-19: “We are following the protocols set by the city and state where we will hold our event. We will offer masks for anyone who isn’t wearing one and provide hand sanitizer throughout the day. Our event is in a large, well-ventilated arena with vendors spread out. Registration is in a separate area.” 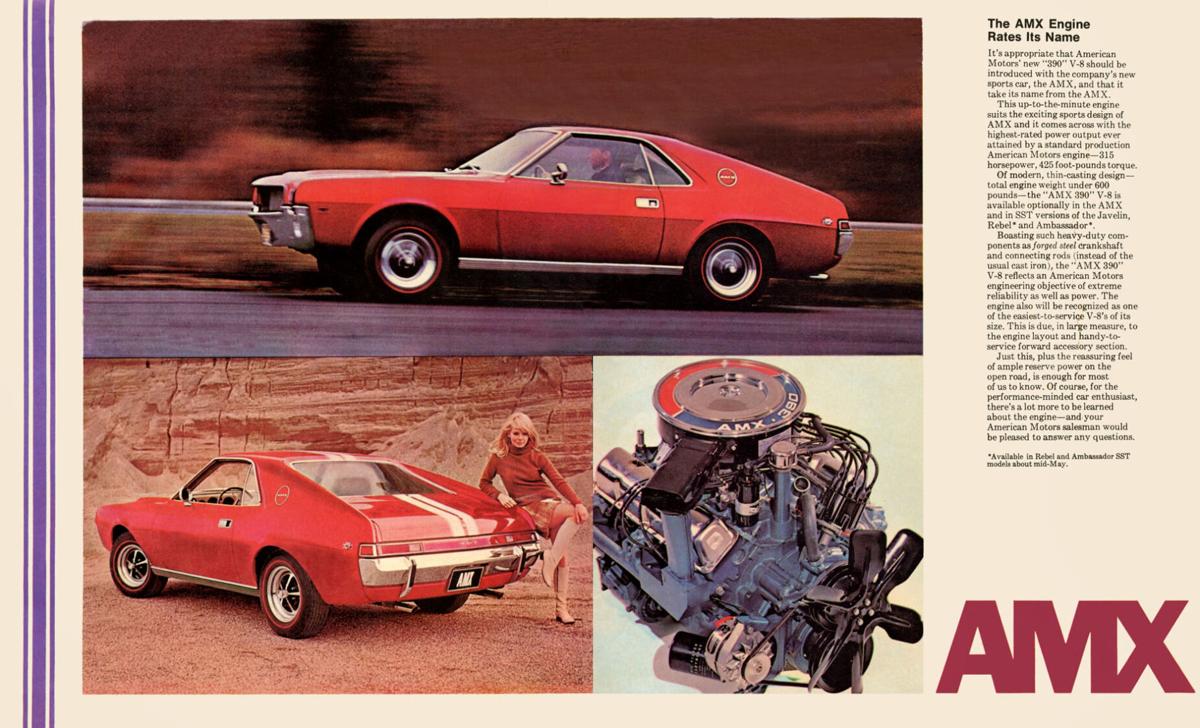 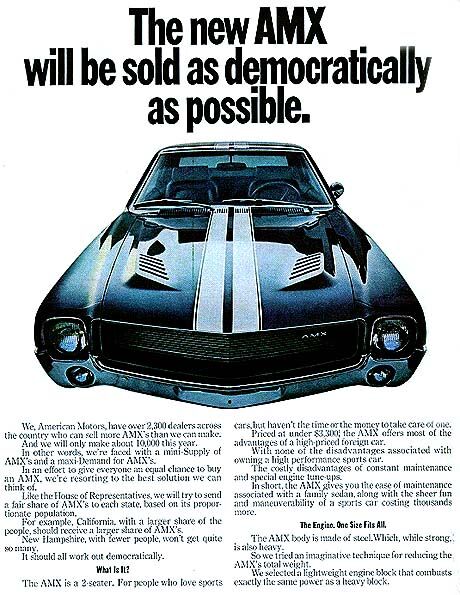 A magazine ad circa 1968 featuring the AMX. Photo provided by Bruce Kunz 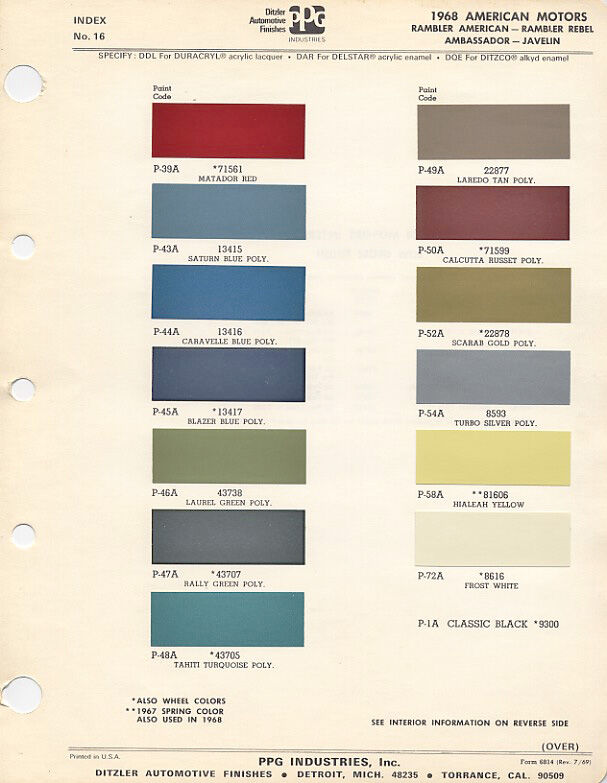 The AMC palette of colors for the 1968 models. Photo provided by Bruce Kunz

A magazine ad circa 1968 featuring the AMX. Photo provided by Bruce Kunz

The AMC palette of colors for the 1968 models. Photo provided by Bruce Kunz

2. What famous automobile designer was responsible for the AMX? Bill Mitchell: Rex Corinthian or Richard Teague?

2. Richard Teague was an industrial designer who graduated from the ArtCenter College of Design, a nonprofit, private college located in Pasadena, California. During his career he has done design work for General Motors, Packard, Chrysler and American Motors. Teague was known for developing the concept of interchangeable body panels for use among different models. Other notable works included the 1955-1956 Packards, Oldsmobile Rockets, Rambler Classics, AMC Cavaliers, Gremlins, Javelins, Hornet, Eagle, Jeep Cherokee, Pacer and AMX. He received the Eyes On Design Lifetime Design Achievement and Automotive Industries Man of the Year.

The pandemic isn’t over. But these insights can help small businesses – and owners – survive

Content by Regions Bank. A wealth advisor with experience serving small businesses can help business owners develop a holistic wealth plan that benefits both their business and their personal finances.