At Maryville University, current and future nurses aren’t just building a career. They’re preparing to step up, stand out and lead.

That’s because Maryville is on a mission to empower and embolden nurses with high-quality, accessible education that fits around their busy schedules.

“Nurses are brave because they are always putting someone else before them,” says Ta’Mare Banks, a Maryville University graduate who now works with mothers and babies in a hospital setting. “Your job is taking care of someone else, 100% of the time. We’re so resilient because things can go wrong within a flash. … You might be panicking, but you can’t panic, because the patient is panicking. … You have to be strong for her.”

The need for highly skilled nurses has rarely been more obvious than now. With the global COVID-19 pandemic on people’s minds, there’s a high-profile test case that highlights the vital role nurses and health care professionals play in our society. With the help of expert faculty and practical, experience-based learning, Maryville’s nursing students are preparing to face the day-to-day challenges of the field — and to lead in times of crisis.

At Maryville, nursing is one of the most in-demand degree choices, in large part due to the university’s robust online degree programs that allow maximum flexibility for students working around their professional, personal and social schedules. The university offers web-based programs at the bachelor’s, master’s and doctoral levels, as well as a selection of graduate certificates.

With some 10,200-plus students currently enrolled, more than half of whom are earning their degrees online, Maryville is the fourth-fastest growing university in the nation. The online nursing programs, with a combined enrollment of more than 3,100 students, comprise about 30% of the total student body and 60% of online enrollment. See Fig.1.

In 2019 alone, Maryville Online boasted a graduating class of more than 1,000 nurses earning their graduate certificates or degrees at all levels. See Fig. 2.

One of those graduates was Taryn Denezpi, whose advisor helped her see how Maryville could allow her to pursue her Doctor of Nursing Practice (DNP) without making compromises on the things that mattered most to her.

“She gave me so much information. She was very open, she was very kind,” Denezpi says. “She said, we understand people have jobs and they have families, and they need work-life balance and a school-life balance. She portrayed Maryville in the best way possible, and I do believe it to be true after graduating. ... I had a child in the midst of all of that, and I was still able to grow my career. I [never] had to put my life on hold.”

Now an accomplished nurse in Albuquerque, New Mexico, Denezpi has helped research neuro-thrombectomy practices that could prove life-saving for stroke patients — and helped implement those techniques in her current practice.

The National Institutes of Health quantifies the severity of a stroke on a scale of 0-42, where 0 is no stroke and anything above 21 is considered a severe stroke. Denezpi says patients with strokes in the mid-20s or higher could potentially face long-term disability or death — but neuro-thrombectomy practices could greatly diminish the risk.

“I looked at patients’ post-thrombectomy scores,” she says of her research, “and I found that in just receiving thrombectomies [as sole treatment]. ... patients were having a decrease in their stroke scale by at least eight points on average...  It really takes away a lot of that devastation to where they can continue to have a very high quality of life.

Outstanding nursing programs are a natural fit for Maryville University, because service is in its DNA. The institution has been committed to making a difference since 1872 — in the St. Louis community, and now nationwide via remote learning options.

One of the oldest and most historic private institutions in the St. Louis area, Maryville was founded by the Religious of the Sacred Heart, a Roman Catholic group whose mission was to provide educational opportunities for girls who otherwise may not have been able to pursue the lives they wanted.

From the beginning, Maryville was all about providing access. Its inaugural student body comprised some 80 women in the boarding school, and another 70 students in the free school for underprivileged children.

In nearly a century-and-a half since then, the university’s reach and scope have expanded, now serving students from all 50 states and 58 countries. But its mission remains the same: providing high-quality education to as many people as possible.

That’s the commitment to excellence that helps Maryville’s nursing students thrive in the classroom — and in the workplace.

Dr. Mark Lombardi, president of Maryville University, has championed the idea of streamlining the administrative aspect of the college experience, reflecting the university’s mission to increase access to undergraduate and graduate education. That way, students can focus fully on their education instead of worrying about logistics.

“In our online programs, including our nursing programs, we work hard to keep doing what this university has done for nearly 150 years: Put students’ needs first and give them the access and support they deserve to succeed,” says Dr. Lombardi. “We want to break down perceived barriers students might have. So we believe that everything inside the classroom should be challenging and rigorous — but everything outside the classroom should be easy.”

There are a number of ways the university accomplishes this goal. Students can apply to Maryville Online — including the nursing programs — with no application fee, no entrance exams and in most cases  no letters of recommendation. Prospective students also work with dedicated enrollment advisors, and once admitted, students get personalized attention from their academic advisors — as well as access to a multitude of online resources and 24/7 technical support.

“Everything we do is about streamlining the process so we can ease students’ minds, because we believe high-quality college education should be for everyone,” says Dr. Lombardi.

STANDING OUT IN THEIR SCRUBS

All nurses work hard and provide an essential service for our society. That’s clear today more than ever.

But Maryville University believes each nurse stands out in his or her own unique way. By eliminating potential barriers and improving access to high-quality nursing education, the university empowers outstanding nurses who may otherwise not have had the opportunity to earn their degrees.

That means they can focus on what really matters: serving patients.

Denezpi believes any nurse with a proper education can thrive as long as they are willing to care unconditionally.

“People are like, ‘You must be really smart because you went into the medical field and you chose to be a nurse,’” she says. “But it’s not just about what you’ve learned or how you’re applying it. … I think any nurse who would really stand out is one who cares unconditionally, cares enough to learn what needs to be learned, cares enough to do what needs to be done, cares enough to advocate for their patients. … We’re seeing patients at their lowest, but we’re still there to care for them regardless of the situation.”

This content was produced by Brand Ave. Studios in collaboration with Maryville University. The news and editorial departments of the St. Louis Post-Dispatch had no role in its creation or display. For more information about Brand Ave. Studios, contact tgriffin@stltoday.com.

Choose the University of Missouri–St. Louis and join a vibrant, diverse community

Content by University of Missouri–St. Louis. As the only public research university located in Missouri’s most populous and economically important region, the University of Missouri–St. Louis proudly brings affordable, high-quality education to one of the most diverse student bodies in the state. No university is better connected to the surrounding region than UMSL, where 73 percent of graduates stay to live and work.

Genetics can play a factor in depression treatment. A simple test may help

Content provided by GeneSight. There's a tool that health care providers are using to help them understand how a patient’s genes may impact their outcomes with certain depression medications — the GeneSight test.

Stepping into the future — How the U.S. Army helps prepare Soldiers for a career beyond service

Jakob Skelton was 19 years old and in college but confused about the future. He realized he was “not a fan” of college life. “I had no clue wh… 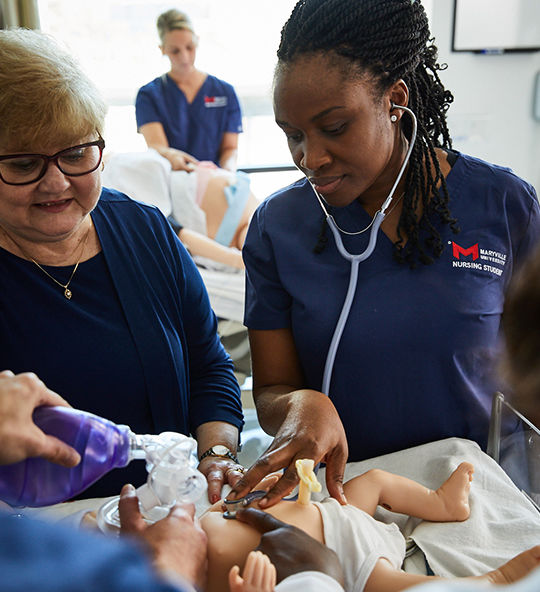 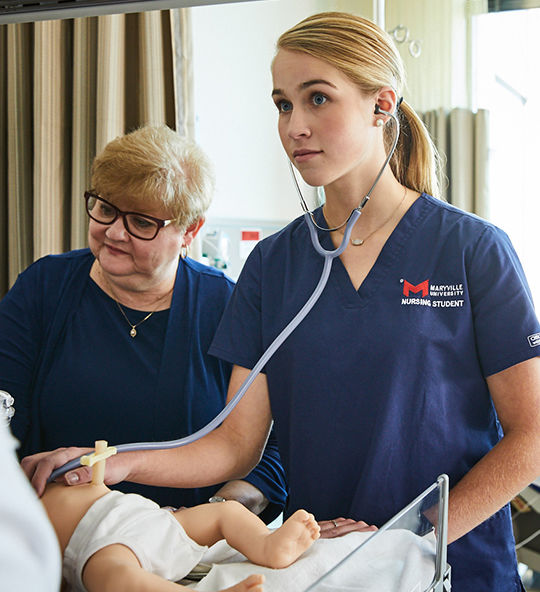 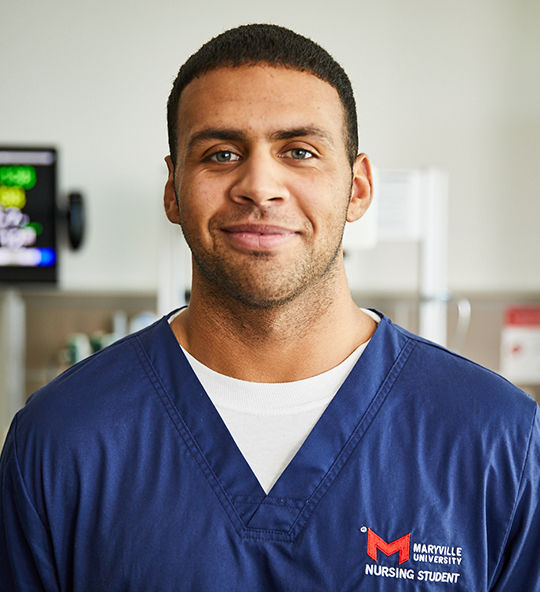 Maryville nursing student stands out in his scrubs.