Rediscover a Mexican masterpiece at the Missouri History Museum
Share this

The Missouri History Museum’s new exhibition, “Flores Mexicanas: A Lindbergh Love Story,” is centered around a true masterpiece that has been in the collections of the Missouri Historical Society since 1932. The monumental painting, “Flores Mexicanas,” by the Mexican master Alfredo Ramos Martinez, was given to Charles Lindbergh and Anne Morrow as a wedding present by the president of Mexico in 1929. The painting stands 9 feet high and 12 feet wide, and hasn’t been on display in decades. Now, visitors will finally have a chance to see it and learn this amazing story.

Why were Charles Lindbergh and Anne Morrow given this painting?

Anne Morrow would become a celebrated aviator and author, but in the late 1920s, she was mostly known because her father, Dwight Morrow, was the very popular US Ambassador to Mexico. In fact, she met Charles for the first time at the US Embassy in Mexico City in 1927, while he was on a goodwill tour of Latin and South America. Lindbergh’s trip was a huge success. He helped to improve the relationship between the United States and Mexico, and he also met his future wife.

When the couple married in 1929, they received gifts from people all over the world. Because of Lindbergh’s successful 1927 trip to Mexico, and because of the Morrow family’s popularity there, the Mexican government wanted to make sure that their official gift stood out. The president, Emilio Portes Gil, bought a large painting by one of the greatest artists in the country, Alfredo Ramos Martinez, and gave it to the Lindberghs.

How did “Flores Mexicanas” get to the Missouri History Museum?

The Lindberghs did not have room for all the wedding gifts they received. By that time, though, Charles Lindbergh had been donating his medals and awards to the collections of the Missouri Historical Society. He had developed a connection with one of the curators, Marie Antoinette Harney Beauregard. Miss Nettie, as she was popularly known, convinced Lindbergh that the Missouri History Museum would be the perfect place for them—it was a place where they could be safely kept, while also letting the public see them.

Why haven’t I been able to see this incredible work of art before?

The painting was in need of conservation. The canvas needed to be re-stretched, dust and grime had accumulated on the painting and the frame, and a few spots required some touchup and repair. Because of the size of this masterpiece, it was a massive project. But, thanks to a generous grant from the Bank of America Art Conservation Project, “Flores Mexicanas” was sent to one of the premier art conservation centers in the country, the Midwest Art Conservation Center (MACC) in Minneapolis, MN. After several months of painstaking labor, which included cleaning the entire painting with tiny cotton swabs, conservators were able to return “Flores Mexicanas” to its original glory, so it could go on display once again.

Does the painting hold any secrets?

It sure does! During the conservation process, x-rays were taken of the painting and the frame. The main purpose of these x-rays was to see how the frame was put together, so that it could be taken apart safely. But surprisingly, they revealed that there had been another woman in the painting, near the top right hand corner, that had been painted over. It’s not entirely clear if Alfredo Ramos Martinez had originally wanted five women in the piece and he changed his mind, or if he simply moved one of the four figures currently in the painting.

There’s a lot more to this exhibit than meets the eye. It’s a name you know, and a story you don’t. Learn more about this fascinating painting by visiting “Flores Mexicanas: A Lindbergh Love Story” at the Missouri History Museum, open through September 2!

This content was produced by Brand Ave. Studios in collaboration with the Missouri History Museum. The news and editorial departments of the St. Louis Post-Dispatch had no role in its creation or display. For more information about Brand Ave. Studios, contact tgriffin@stltoday.com.

Content by Metro Graphics. A new year often sparks change. Many people aspire to change jobs at the dawn of a new year, and such changes are more frequent than one might think. 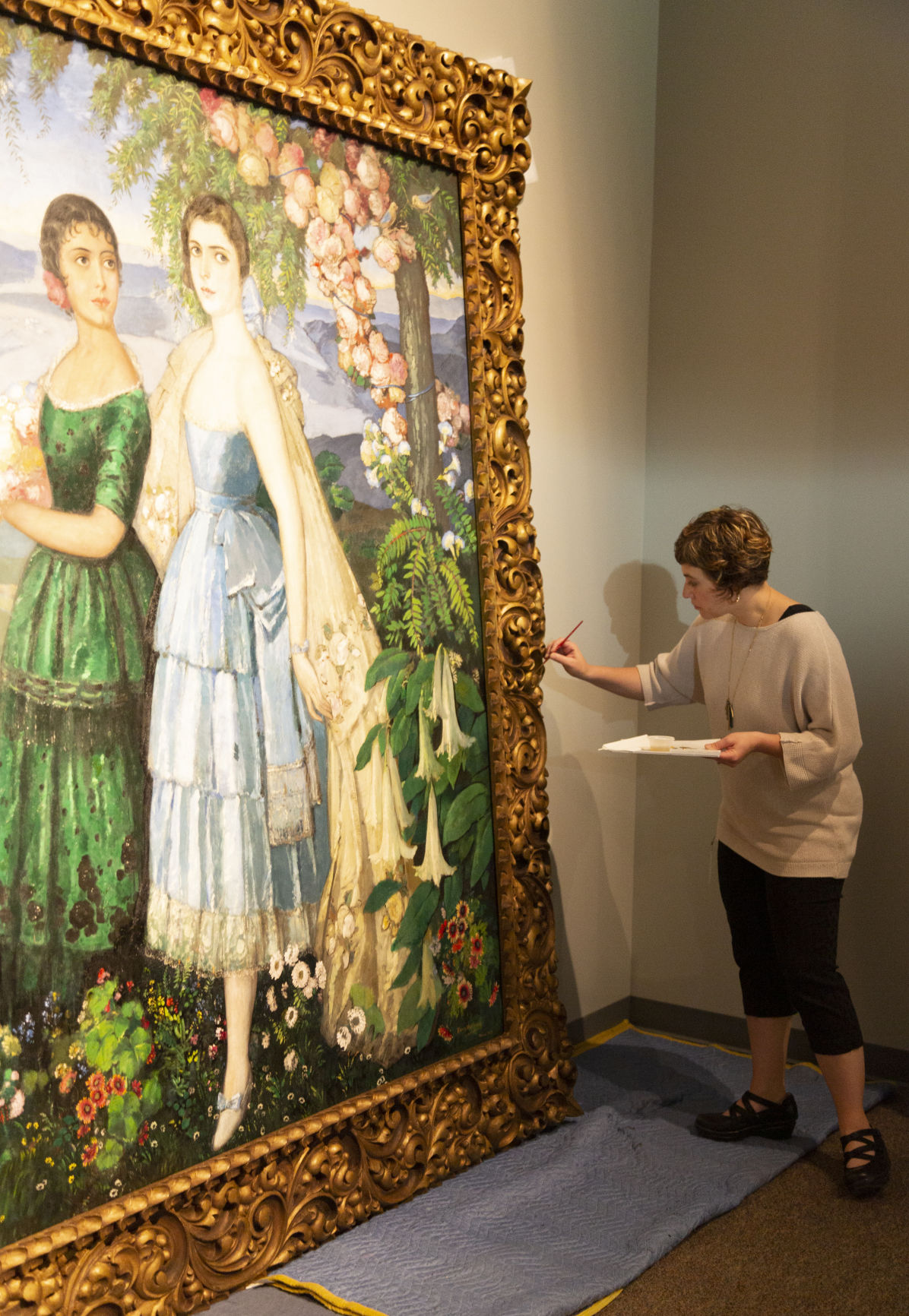 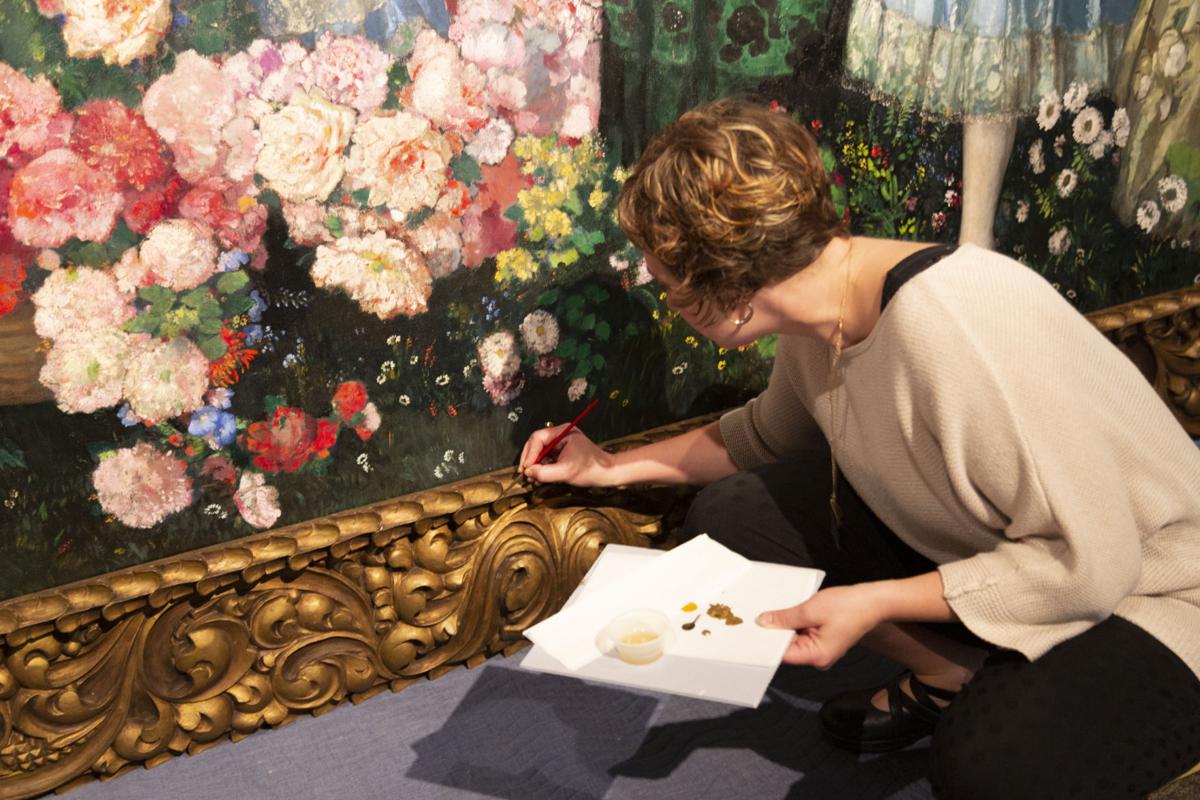 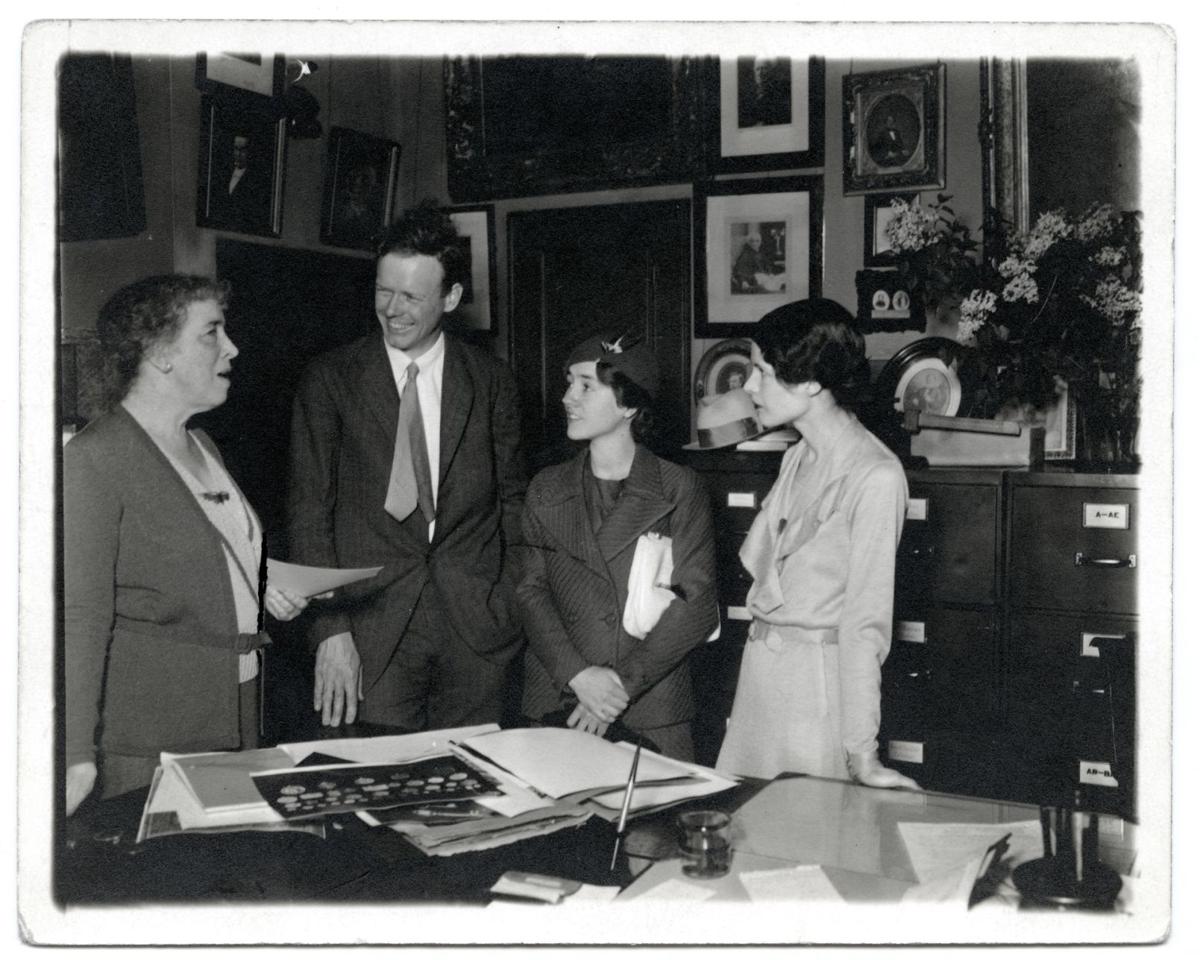 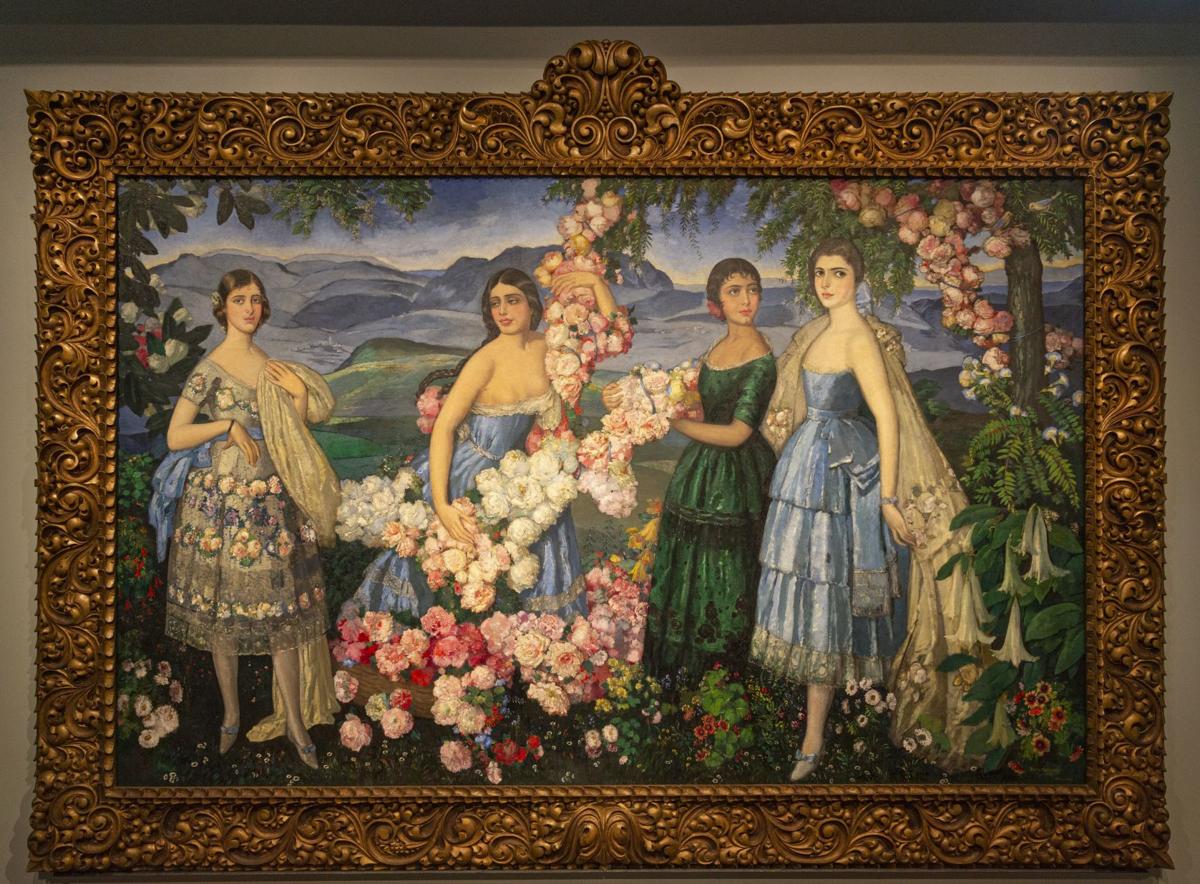 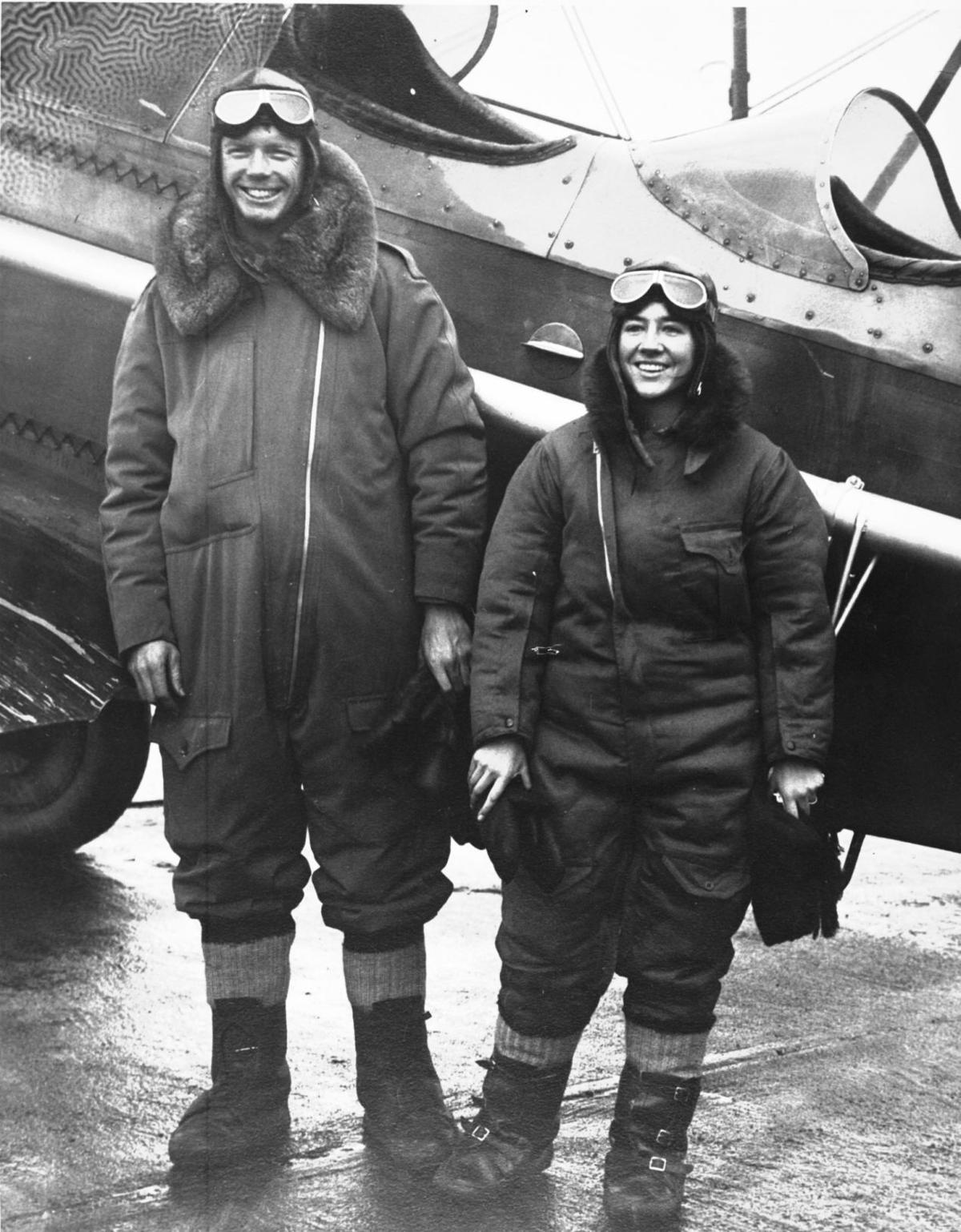