Help us salute those who served
0 comments
Share this

They are ordinary men and women; they are our family members, neighbors and friends. Their stories of extraordinary courage and sacrifice while serving in the Armed Forces command our respect and gratitude.

Help us honor and thank these local American heroes who have served or are serving at home and abroad by nominating them for the St. Louis Post-Dispatch Stories of Honor program.

Returning for a fifth year, the Stories of Honor program will accept nominations of local veterans and active-duty military personnel from all branches of the Armed Forces through April 19, 2020 at STLtoday.com/contests. Select stories will then be featured weekly in the St. Louis Post-Dispatch and STLtoday.com through July. At the conclusion of the program, each honoree and their families are recognized at a private event.

“We all have stories to tell, but few are as riveting and powerful as those of the servicemen and women of the armed forces,” said St. Louis Post-Dispatch general manager Ian Caso. “It’s our job and privilege to tell their stories through the Stories of Honor program.”

In 2019, we honored men and women whose selfless actions in peacetime and in war keep us free. Our honorees endured hostile and dangerous circumstances, extreme weather conditions and deprivations and great personal losses, from World War II through present-day.

Previous honorees shared remarkable stories of their time in the service and how it altered the course of their own lives as well as history.

Mendel Rosenberg’s life came full circle in a way he never expected. Rosenberg was liberated from a concentration camp in Germany by the U.S. Army and later was drafted and proudly served in that same Army after he immigrated to America.

“Given that I wasn’t yet a citizen, I possibly could have opted out of the draft,” Rosenberg wrote in his book. “But I very much wanted to serve the nation that had come to my rescue just six years before.”

The selflessness of our honored service members is echoed in many stories. Frederick Carpenter, who joined the Army National Guard at age 17, launched a 26-year civilian-soldier career that ultimately earned him a Bronze Star in Iraq for meritorious service.

One of his greatest contributions was rescuing a number of service people after a C-130 transport plane crash.

A plane carrying Special Forces crashed nose-first into the runway. Several dozen soldiers aboard had been thrown to the front of the plane by the force of the crash, he said. The plane was damaged beyond repair. “It was a tangled mess,” he said. “We pulled people off and we got everybody out. It was scary. I was proud of myself and all the guys because we did everything we were taught to do.”

An ongoing commitment to service was repeated in many of the nominations, including Kara Grady, a veteran of the U.S. Navy. Grady, who believes that “everyone is a warrior of something.” She is currently in the process of creating a retreat center for veteran, cancer patients and their families.

Grady and her husband, John, are working to turn a 10-acre wooded property near Hermann into a retreat center for these warriors — a place for relaxing, a place for sharing, a place for learning from each other. “We want to make it a retreat so they can forget about their troubles. We want to bring them together — they could actually give each other support in ways that others could not.”

Jessica Ball is one of few who have earned a place as jumpmaster. After her service in Iraq, she conquered her fear of jumping from airplanes and became an instructor for military parachutists.

Read her story: Soldier overcame fears to jump out of airplanes and earn her wings as jumpmaster

Faced with the desires to serve his country and go to college, Frederick Carpenter did both and entered the U.S. National Guard, and then the U.S. Army Reserve. After deployments to Kuwait and Iraq, he has retired and returned to his pathway in civilian life, as well as volunteer service at a Department of Defense program.

Read his story: Civilian-soldier’s career culminates with a Bronze Star for service in Iraq

Joseph Carretero has served in the Marine Corps, the Marine Corps Reserve and the Army Reserve, achieving the elite and rare military rank of sergeant major. He now serves St. Louis as a police sergeant.

Read his story: Born in Spain, he served his adopted homeland for 40 years in the Marines and Army Reserve

It was the middle of the night when a U.S. Army reconnaissance team spotted two suspicious figures near a main road in Tal Afar in northwestern Iraq. That meant it was go-time for Sgt. Darnell Cooper and his fellow soldiers manning a nearby checkpoint.

Faith is what kept Paul Dixon going throughout his time in the U.S. Army in Iraq. His company was responsible for bringing enemies into the realm of the main infantry for battle: a dangerous job. He was injured and hospitalized, and he is now opening up to discussing the PTSD he carries with him.

Read his story: Faith guided an Army colonel through 30 years of service

Harold Eifert was a vital part of military missions for both the Air Force and ground forces: he trained in military meteorology to protect aircraft and personnel during missions.

Kara Grady aspired to join the U.S. Navy and had her wish come true. She is now forming a foundation to assist veterans, cancer patients and their families to give additional support.

Read his story: A respite for warriors: Veteran hopes to open retreat center

Tom Kreyling suffered terrible burns while performing the crucial task of cable splicing during Vietnam. He is still healing from the burn scars, as well as the painful memories. A recent Honor Flight opened him up to recovery.

Read his story: Two months in Vietnam; painful memories that last a lifetime

Michael Lavin, U.S. Army veteran, served in Vietnam as a commanding officer over a vital cargo haul team. He is now tracking down the men he served with to allow them an opportunity to openly share what they went through.

Read his story: He wanted to forget Vietnam, now he works to keep the memories alive

Guy Leonard joined the “walking dead” infantry division in Vietnam, where he had to fight for his life and prove his endurance on the battlefield.

Read his story: When your mess kit knife becomes your only weapon: A Marine’s survival story from Khe Sanh

Joseph Middendorf was one of the brave gunners responsible for protecting a medic, allowing the doctor to save wounded during Vietnam. Though he was wounded fifty years ago, he recently received his Purple Heart.

After 14 years in the U.S. Navy, William Newton was finally back in civilian clothing. But it didn’t last long — at an age when some soldiers are looking forward to retirement, Newton decided to enlist again, this time as a combat medic with the Army National Guard.

Winston "Rusty" Pendleton recalls serving in the Battle of the Bulge during WWII and his encounter with concentration camps following the siege.

Richard Rajkovich’s three-generation line of military service foreshadowed his time in the U.S. Marine Corps, serving in Vietnam, and he later joined the Missouri National Guard. His daughter is continuing the family’s tradition in the Army.

Read his story: Veteran is third-generation military – his daughter makes it four

Mendel Rosenberg was a Jew living in Lithuania when the Nazis carted off his family. Upon being liberated by American soldiers, he went to America and was drafted to serve, which he did out of gratitude to the country that saved him.

Inspired by a Hollywood film on the Marines, Robert Schultz became a Seagoing Marine in WWII, serving on naval warships and surviving kamikaze attacks.

Read his story: Hollywood inspired him, but a Marine’s WWII experiences in the Pacific were laced with grim realities

When U.S. Army veteran Ben Stabler talks to high school students about his experiences while serving in Iraq, he doesn’t sugarcoat anything. He tells of times being sent directly into danger, when his battalion was sent to Dora, a Baghdad neighborhood known for violence

Eugene Ulrich faithfully kept a journal throughout his 50 flight missions during WWII, giving a peek into what the life of an Army Air Corps navigator was like.

Read his story: 50 WWII missions and 100 years of life: A Missouri man’s journal is a witness to history

The Marines taught Jedidiah Vermillion to never give up. Faced with hardships of brain injury from Iraq and the later loss of his wife, Vermillion has engaged in charity foundations centered around helping service members recover.

Read his story: Wounded warrior relies on what the Marines taught him: Never give up

Ray Zepp Jr. was quickly promoted to the pilot for a medevac crew during Vietnam. Though he was shot at and faced near-death experiences, his rescue missions saved the critically wounded or dying on the front lines.

This content was produced by Brand Ave. Studios. The news and editorial departments of the St. Louis Post-Dispatch had no role in its creation or display. For more information about Brand Ave. Studios, contact tgriffin@stltoday.com. Nominee photos provided by honorees. 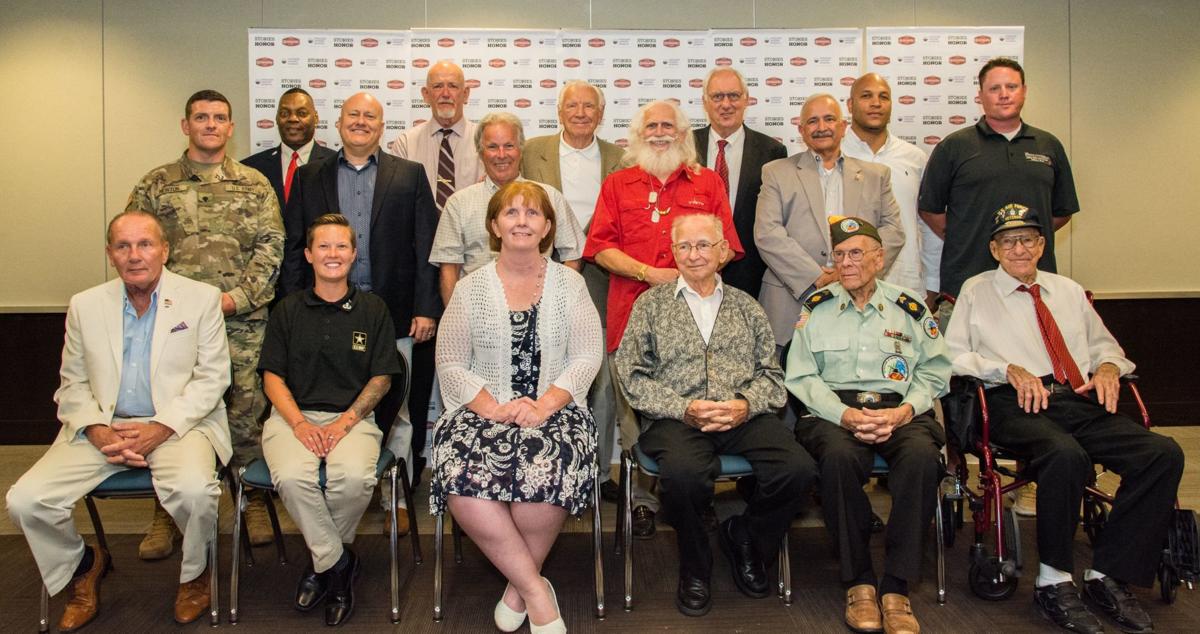 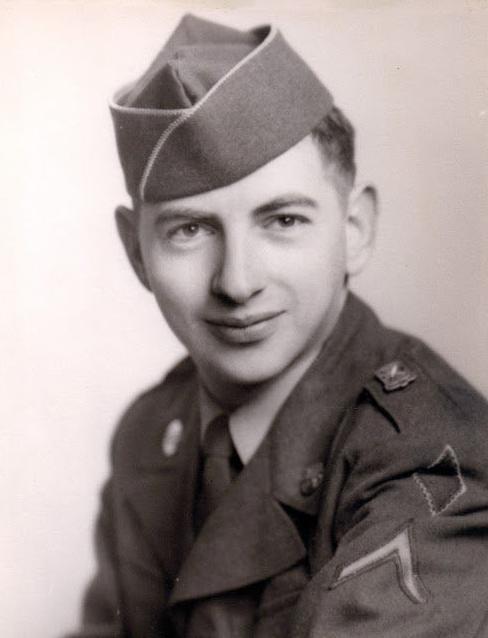 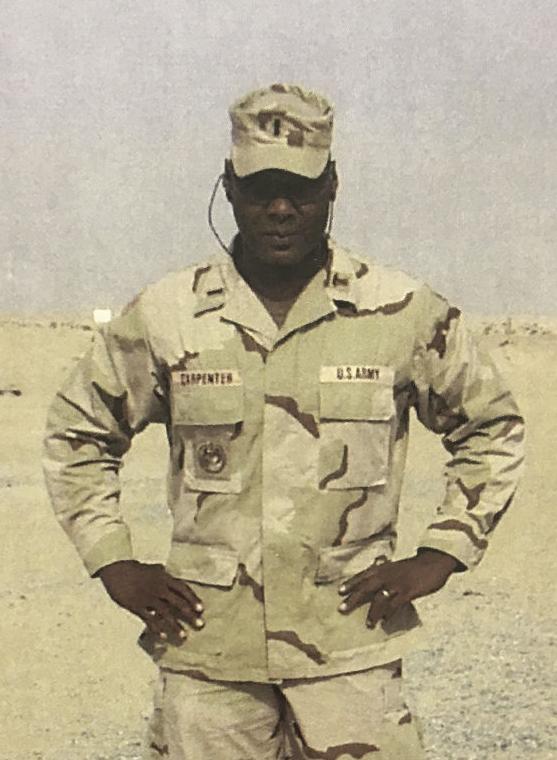 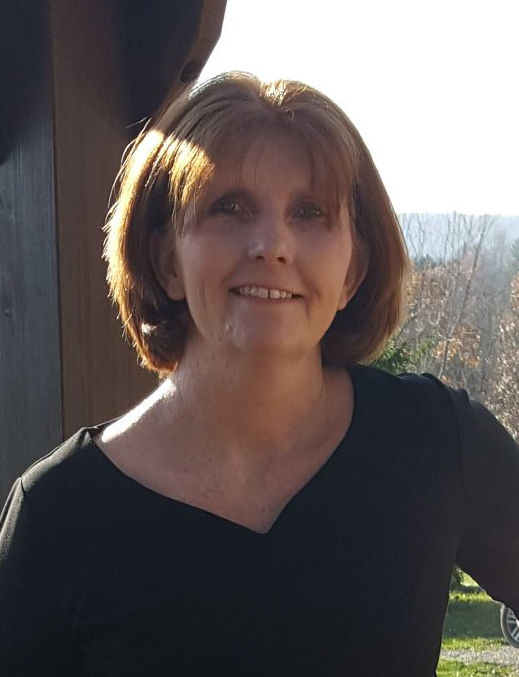