Hollywood inspired him, but a Marine’s WWII experiences in the Pacific were laced with grim realities
Share this

Schultz was a 20-year-old machinist in Wisconsin when “To the Shores of Tripoli” came out in movie theaters in the months after Pearl Harbor was attacked.

“I saw it and was impressed enough to want to be a Marine,” said Schultz, who remembers admiring the famous Marine Corps Blues uniform. “It was the esprit de corps, the uniform, the idea of being in the Marines.”

The Marines are said to have credited the film for a surge in recruitment about that time. The movie featured John Payne, Maureen O’Hara and Randolph Scott and was filmed in part at the Marine Corps Recruit Depot San Diego, where Schultz and thousands of other recruits would go through boot camp.

“[Actor] Tyrone Power was there at the same time I was,” Schultz remembered. “I never met him but everybody knew it.”

After boot camp, Schultz went on to Sea School, which prepared him to serve as a Seagoing Marine, a small detachment of Marines that served alongside hundreds of sailors aboard the huge naval warships. In addition to manning anti-aircraft guns, the duties of the Seagoing Marines included guarding the brig and protecting the ship’s captain.

Schultz, now 97 and a resident of Belleville, was assigned to the USS California, a battleship that had been sunk at Pearl Harbor but was rebuilt and ready for action again by January 1944. With Schultz aboard, the California went on to play an important role in defending the islands and atolls of the Pacific Ocean.

“It was the esprit de corps, the uniform, the idea of being in the Marines.”

“We saw a lot of action,” Schultz said. “Before the landings, we would bombard the beaches with the big guns and clear out any Japanese that might be waiting there.”

After ground forces went ashore, the Seagoing Marines helped man the anti-aircraft guns to guard against enemy aircraft. “But there wasn’t much because we had so much firepower,” Schultz said.

The California was armed with a battery of 14-inch guns that helped clear the way for landings in Saipan, Tinian, Guam and later the Philippines, including the Battle of Surigao Strait.

“The 14-inch gun, that’s a huge gun,” Schultz said. “They’re very loud. We were subjected to a lot of noise. For ear protection we were given a little wad of cotton and it got pretty scuzzy after a while.”

In January 1945, while providing shore bombardment at Lingayen Gulf in the Philippines, the ship was hit by a kamikaze, killing 44 and wounding 155.

“One was coming from behind and it missed us and landed 20 feet away from us and blew up,” Schultz said. “The next one hit us. Fortunately, I had a bulkhead between me and where he hit, but I felt the heat.”

What he remembers most about that time was the smell of burned flesh and the smell of Aqua Velva. “We were still in action and we didn’t have time to bury the dead,” he said. “In the South Pacific it’s hot and dead bodies don’t smell good.”

The bodies were stored in the ship’s barbershop and aftershave was liberally doused throughout. Schultz said he still has an aversion to that particular scent.

He also remembers how the men were eventually buried at sea after a few words from a chaplain.

“When you’re buried at sea, you’re gone,” he said. “They sew you into a canvas bag, the apparatus tilts and off you go. That’s one of the things that I had bad dreams about is these guys in their canvas bags at the bottom of the ocean.”

After the kamikaze attack, the ship returned to Bremerton, Wash., for repairs and then rejoined the fleet in June in time to support the troops fighting in Okinawa. Later, Schultz and the crew of the California were among the first Americans in Occupied Japan.  “The people were very friendly,” he said. “They wanted to sell anything or buy anything.”

The ship finally arrived home to its new port in Philadelphia on Dec. 7, 1945, after sailing from Japan to Singapore, through the Straits of Malacca, to Ceylon and Cape Town, South Africa.

Schultz went on to build a career in the insurance industry and has lived for the past 30 years in Belleville. He has enjoyed traveling the world with his wife, as well as attending reunions with his fellow Marines, including the commissioning of the new USS California, a nuclear-powered submarine.

“The guys gave the captain a piece of the teak deck from the decommissioned ship,” he said. He hopes it serves as a reminder of the Seagoing Marines, whose duty aboard warships continued until 1998. “Seagoing Marines don’t get a lot of publicity.” 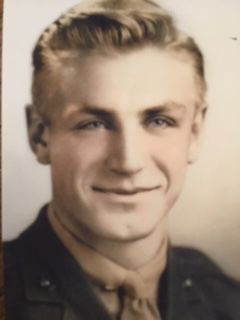 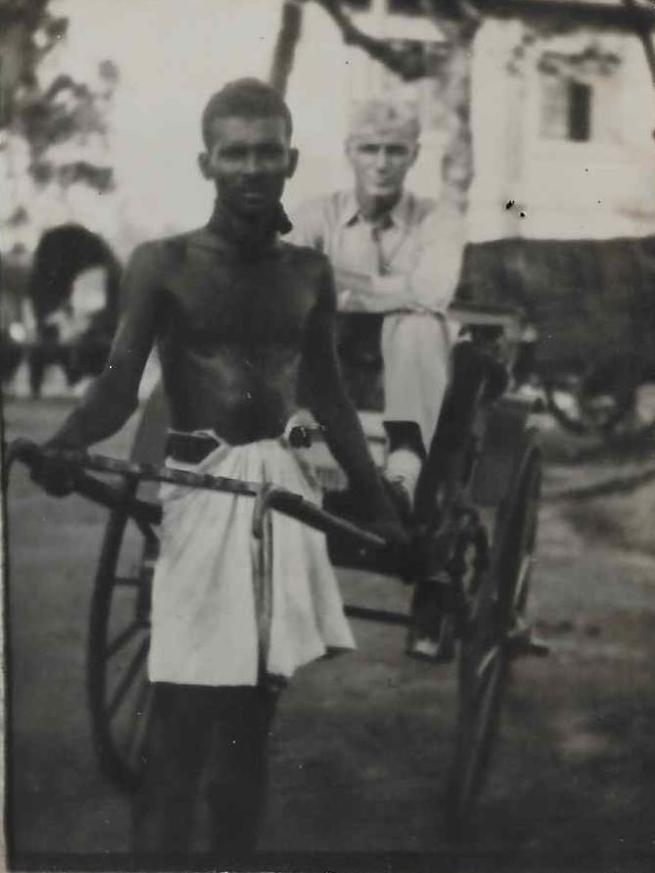 Bob Schultz on a rickshaw in Colombo, Ceylon (now Sri Lanka) on 10/21/1945. Photo provided by Bob and Shirley Schultz 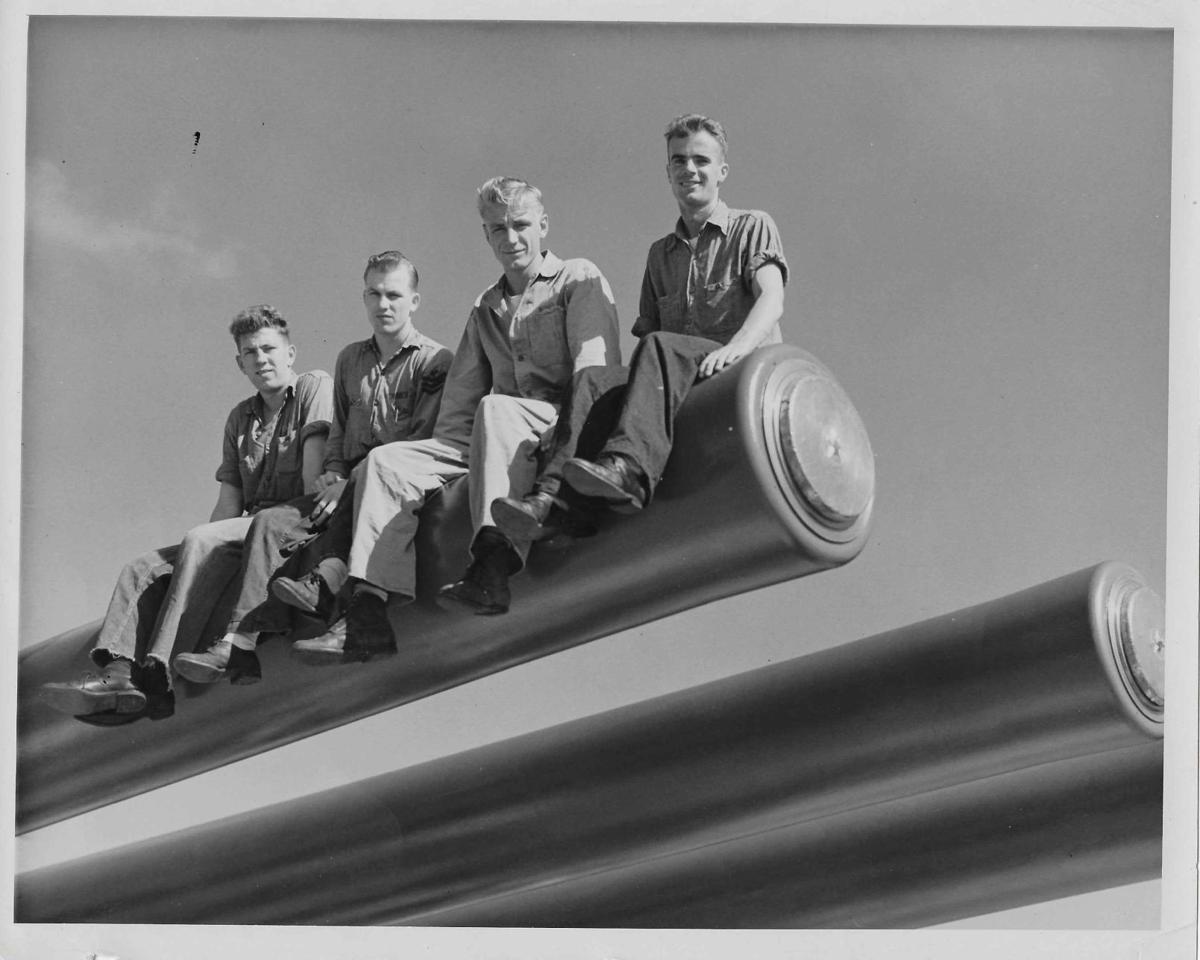 Bob Schultz and fellow soldiers on the 14 inch Main Battery of the USS California.. Photo provided by Bob and Shirley Schultz

Bob Schultz on a rickshaw in Colombo, Ceylon (now Sri Lanka) on 10/21/1945. Photo provided by Bob and Shirley Schultz

Bob Schultz and fellow soldiers on the 14 inch Main Battery of the USS California.. Photo provided by Bob and Shirley Schultz