Winston “Rusty” Pendleton remembers the brutal cold and the snow, stained red from the bloodshed. It was December 1944 and the young St. Louisan was a gunner atop an Army half-track as American soldiers struggled to hold on to a small but crucial crossroads in Belgium.

Known as the Siege of Bastogne, the week-long struggle was part of the larger Battle of the Bulge, Hitler’s last-ditch effort to halt the Allied Forces’ advance across France to Germany during World War II.

Sgt. Pendleton had been driving a horse-drawn milk truck in Maplewood, Mo. before he enlisted in August 1943 at age 19. By late 1944, he was part of the 575th Anti-Aircraft Artillery Battalion attached to Gen. George S. Patton’s 3rd Army, streaming north to relieve Bastogne.

“I saw a whole hillside turn red. I got upset with humanity that we couldn’t get along better than this.”

“It was a frightening time, because Patton was worried we were going to lose,” remembered Pendleton, now 94 and a resident of Des Peres. “I was on the perimeter at Bastogne but not out of the range of the bullets.”

“I saw a whole hillside turn red. I got upset with humanity that we couldn’t get along better than this,” he said.

Pushing on to the Siegfried Line

After the Germans were pushed back from Bastogne, Pendleton’s battalion continued east through the Ardennes forest toward the German defensive line called the Siegfried Line, clearing roads and liberating villages in Belgium, then Germany and Austria.

“It was the most severe winter that Germany had faced,” he said. “Nothing less than two feet of snow anywhere, and temperatures of 20 or 30 below.”

Unprotected atop the Army vehicle as he helped man its big guns, Pendleton could do little to protect himself from the bitter cold. “I had an overcoat but I couldn’t cover my shins,” he said. “We had wool underwear, but I’m telling you, when that wind blew it didn’t make a bit of difference.”

As Pendleton and his fellow soldiers scanned the skies for German Luftwaffe, they also had to keep an eye trained on the roadsides as they passed. “The woods were full of Germans sniping at us,” he said. “We got baptized good with the field artillery. They had mean, mean field artillery.”

“We were in danger of dying every second,” he said. “But that infantry fighting out front I really admire. I can’t believe the punishment those men took.”

By late spring, Pendleton’s unit encountered Mauthausen, a prison camp in Austria where some 190,000 prisoners had been held, mostly political prisoners but also Jews from Poland and Hungary and other concentration camps. Untold thousands of prisoners died due to starvation, disease, forced labor or the gas chamber.

Soldiers Memorial Military Museum is dedicated to telling the diverse stories of St. Louisans who served their country, and highlighting their…

The Nazis had fled and what they left behind horrified the Americans: emaciated survivors and thousands upon thousands of bodies.

“You could stand in one place and see thousands of people stacked up like cordwood,” Pendleton said.

Following Germany’s surrender that May, Pendleton remained in Europe as a military policeman, guarding German prisoners. It had been six months since he arrived in Europe and would be nearly a year before he returned home to marry his sweetheart, Dorothy, whom he had met at a barn dance at St. Albans in 1940. He and his late wife were married for 72 years.

For many years, Pendleton worked as a professional carpenter. He built a home for Dorothy and their son in Wildwood. He fell in love with airplanes during the war and decided he wanted to learn to fly. He bought a small plane, a Piper Tri-Pacer, and loved to take Dorothy sightseeing.

“I was crazy about it,” he said. “We’d take afternoon trips of 200 miles or more and be home for dinner.” 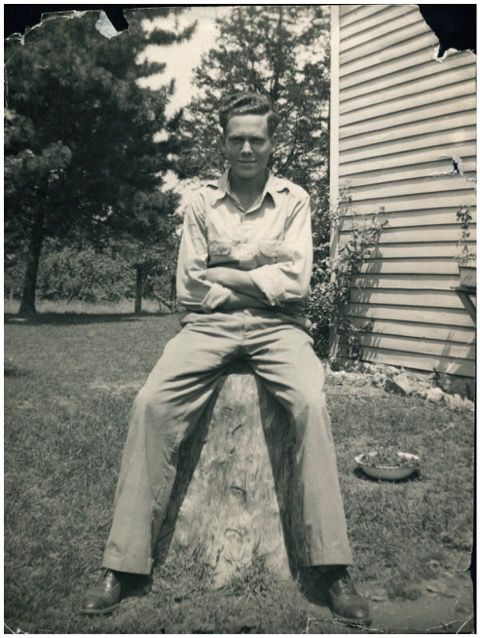 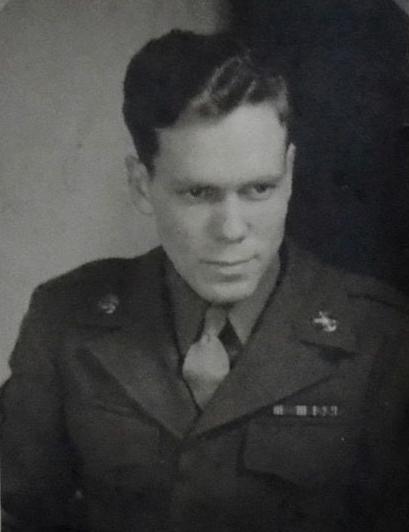 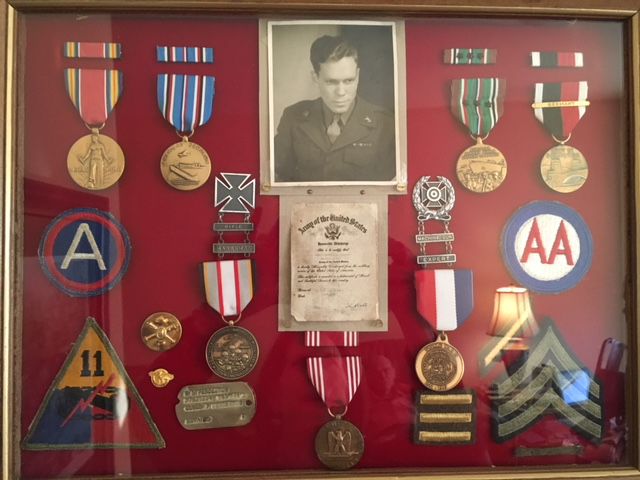 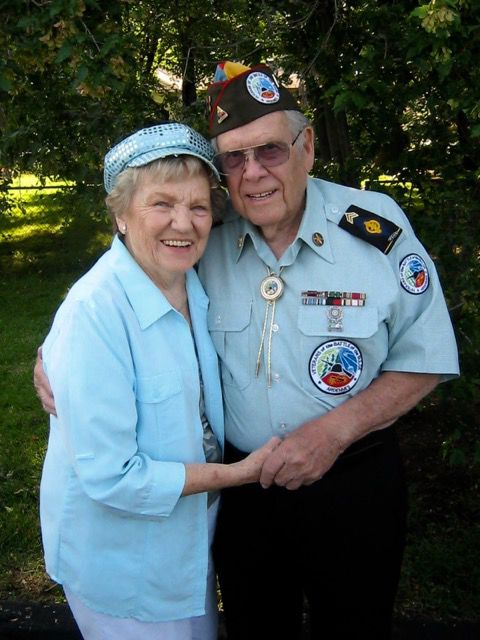 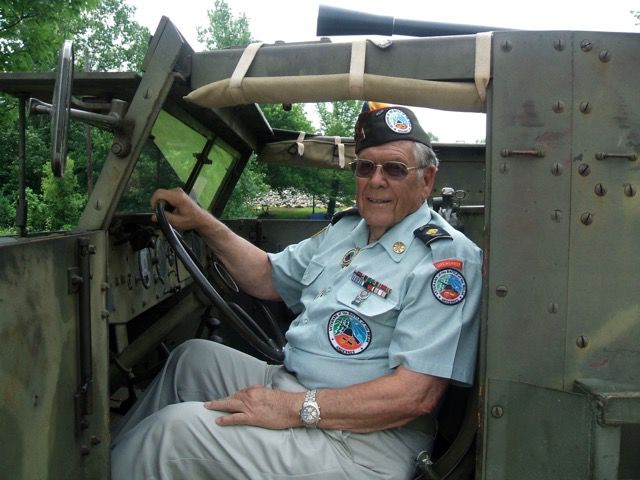 Rusty Pendleton in an Army Half-Track, 2007. 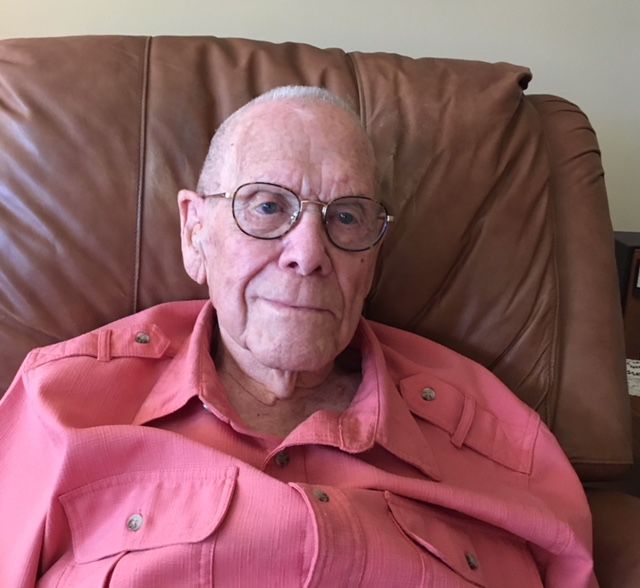 Rusty Pendleton in an Army Half-Track, 2007.

He said he never liked to talk much about the war and he felt no hatred toward the German soldiers. “They were just people,” he said, following orders like he was.

Years after the war, he saw a familiar face among his co-workers in a carpentry shop in St. Louis.

“I saw a face I recognized but it took me a while before I remembered — I had captured him,” he said. “We worked together for two years.”

On Dec. 16, 1944, over 200,000 German troops smashed into battle-weary U.S. soldiers in the wooded hills of Belgium’s Ardennes, beginning the desperate Battle of the Bulge. 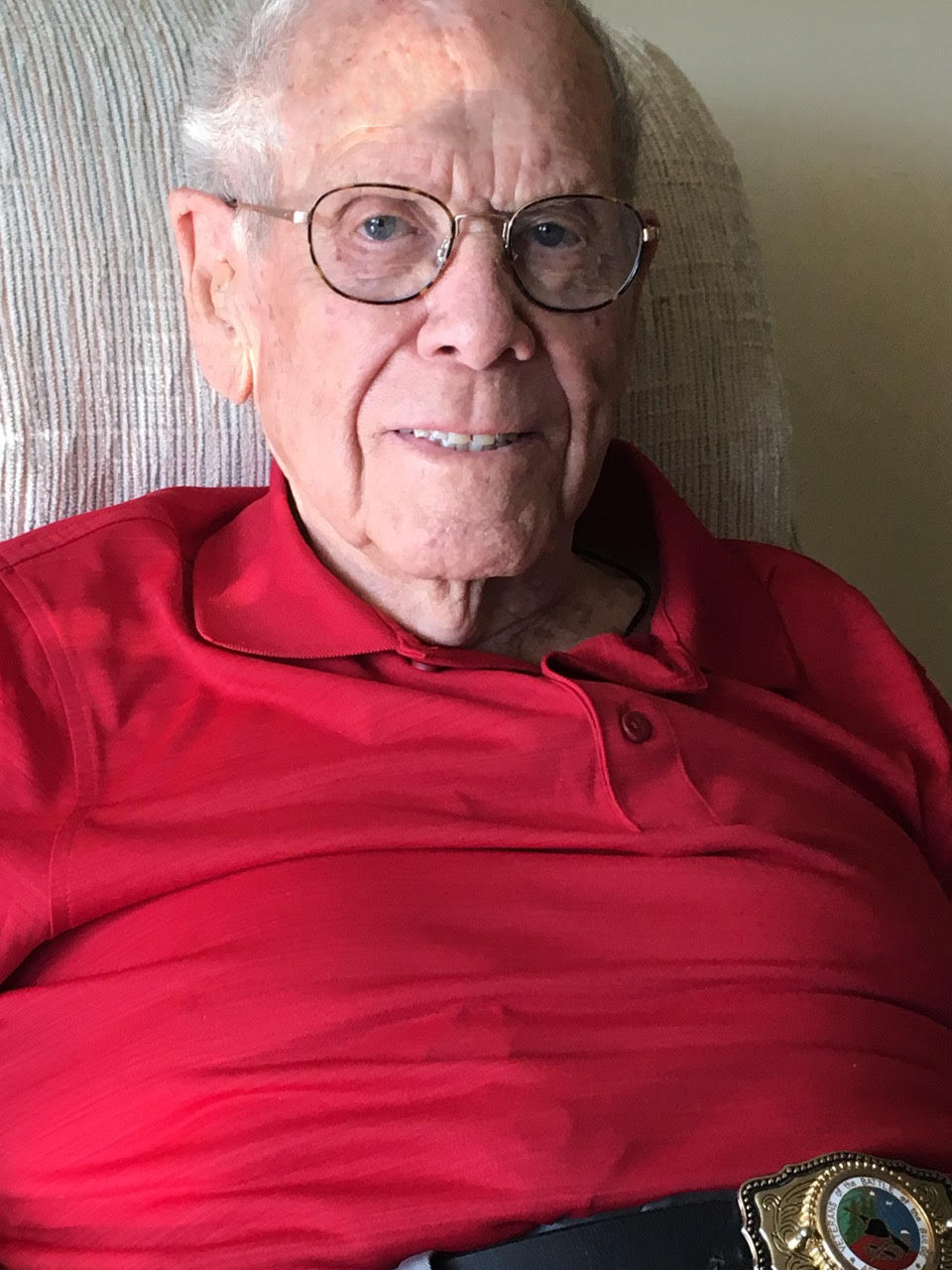 Rusty Pendleton wearing his Battle of the Bulge belt buckle