Two months in Vietnam; painful memories that last a lifetime
0 comments
Share this

The scars have faded for a Vietnam veteran but the memories haven’t.

Two months after arriving in Vietnam as part of the U.S. Army Signal Corps, Spc. Tom Kreyling was heading stateside with severe burns that covered much of his body. He was injured while working on crucial underground communication cables linking Army base camps in South Vietnam.

“My buddy Rick grabbed me, threw me down and rolled me in the dirt. He saved my life.”
- Tom Kreyling

For years, the scars and the residual pain from second-degree burns on his hands, arms, chest and face reminded him of his service in Vietnam, but he rarely talked about the accident that changed his life forever.

It wasn’t until he was invited on a recent Honor Flight with other military veterans that he opened up to his daughter about the details of his service.

“I had no idea just how intense the nightmares are that he’s been hiding to protect my siblings and me,” said his daughter, Laurie Hollenberg, who accompanied her dad on the trip to Washington, D.C. “He fought to give us a life full of happy memories while burying the scary ones.”

For Kreyling, 70, the Honor Flight was an experience he’ll remember forever. “Anybody that can go, should go,” he said. “It’s going to bring back memories, but you also are received so warmly that it makes you feel good. It’s a thank-you that you will never forget.”

The experience also helped offset some of the painful memories from Vietnam.

“There was someone in the ward across from me in a lot of pain. I found out later he had 98 percent of his body burned and he died that night. That man’s never left my mind.”

Greetings from your draft board

Kreyling was 19 years old, engaged to be married, and working as a cable splicer for Southwestern Bell in St. Louis when he received his draft notice in 1967. He was surprised because he had already signed up to join the Air National Guard.

Still, he figured that the Army could use technicians with his training to help build and maintain its huge communications networks at home and abroad. So when he reported to the enlistment office he told the person in charge he was a trained cable splicer.

“He had no idea what a cable splicer was so he put down that I was a laborer,” Kreyling said. “I didn’t realize the impact of that until later.”

The impact was that after completing boot camp at Fort Leonard Wood, Kreyling was sent to Fort Polk for infantry training. Again, Kreyling was surprised; so was his father, who had served in the Signal Corps in World War II.

“My dad came unglued,” Kreyling remembered. “He wrote letters to everybody from the president of the United States all the way to Leonor K. Sullivan about how in the world could they do that after the phone company had spent three months training me.”

The message must have gotten through to someone because midway through advanced infantry training, Kreyling was transferred to Fort Bragg, N.C. as a lineman. “I didn’t know the first thing about being a lineman,” he said.

By the end of 1968, orders came for Vietnam and Kreyling arrived at Long Binh, a logistics and command center for the Army. His job was soon changed to cable splicer and he set to work connecting cables to a new telephone central office that was under construction.

About a month later, Kreyling was sent to a second military base to repair defective underground cable splices. Local Vietnamese workers dug up the cables, and Kreyling and his partner re-spliced the wires and sealed them with aluminum coverings to prevent water damage.

But they didn’t have the correct equipment for the job and on April 25, 1969, two months to the day since he had arrived in Vietnam, flames suddenly flared up.

He saved my life

“The next thing I knew I had fire from the waist up,” Kreyling said. “My buddy Rick grabbed me, threw me down and rolled me in the dirt. He saved my life.”

Kreyling was airlifted to Long Binh and then to a military hospital in Japan for several weeks before being flown home aboard a medical transport. He finished out his service at Fort Lewis in Washington, then returned to St. Louis and his old job with the telephone company, where he stayed for 33 years.

Through all those years, his burned hands continued to bother him, an ever-present reminder of Vietnam, he said.

A few years ago he visited the Traveling Vietnam Wall when it was displayed near his home in Arnold. He found the name of a soldier who died April 25, 1969, and he wonders if he was the young man with the terrible burns, the man Kreyling had never forgotten.

“It ran chills through all of us,” he said. 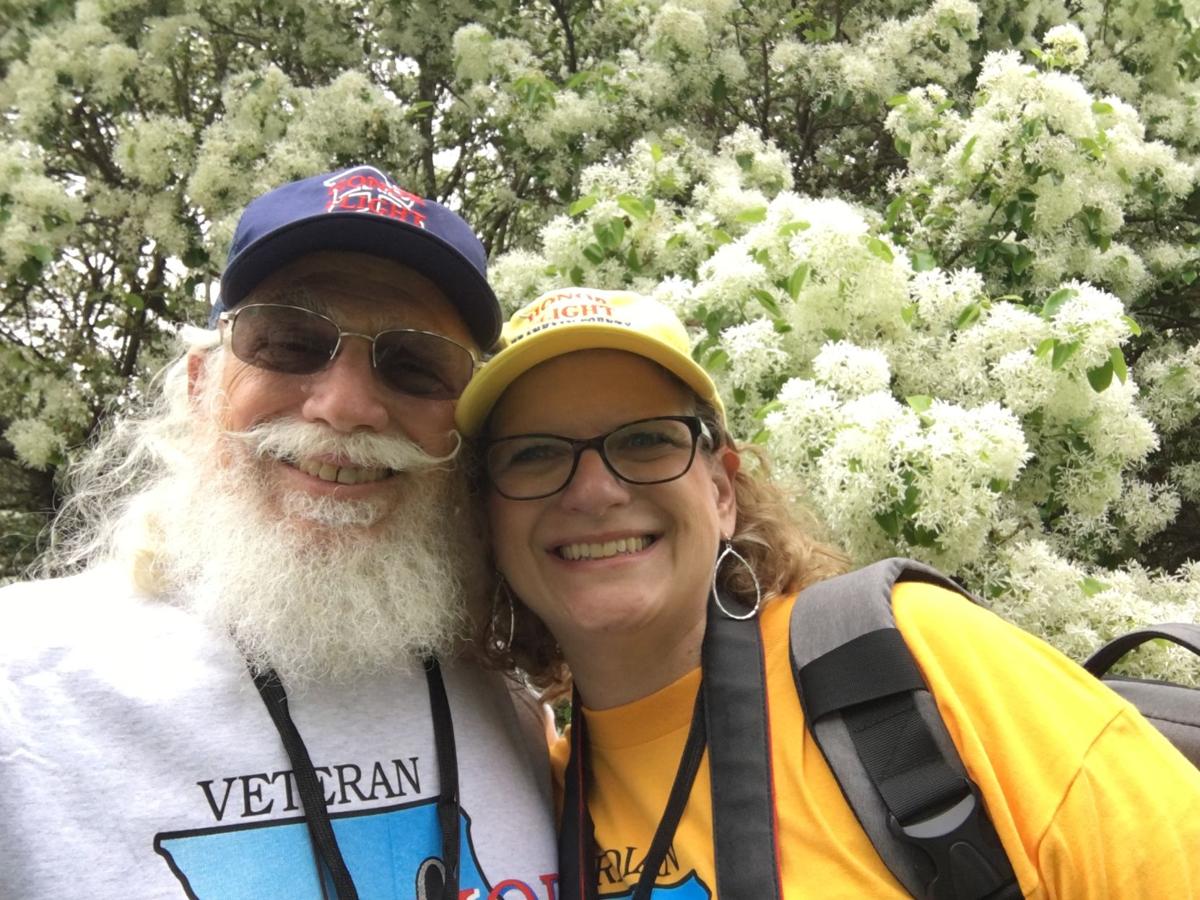 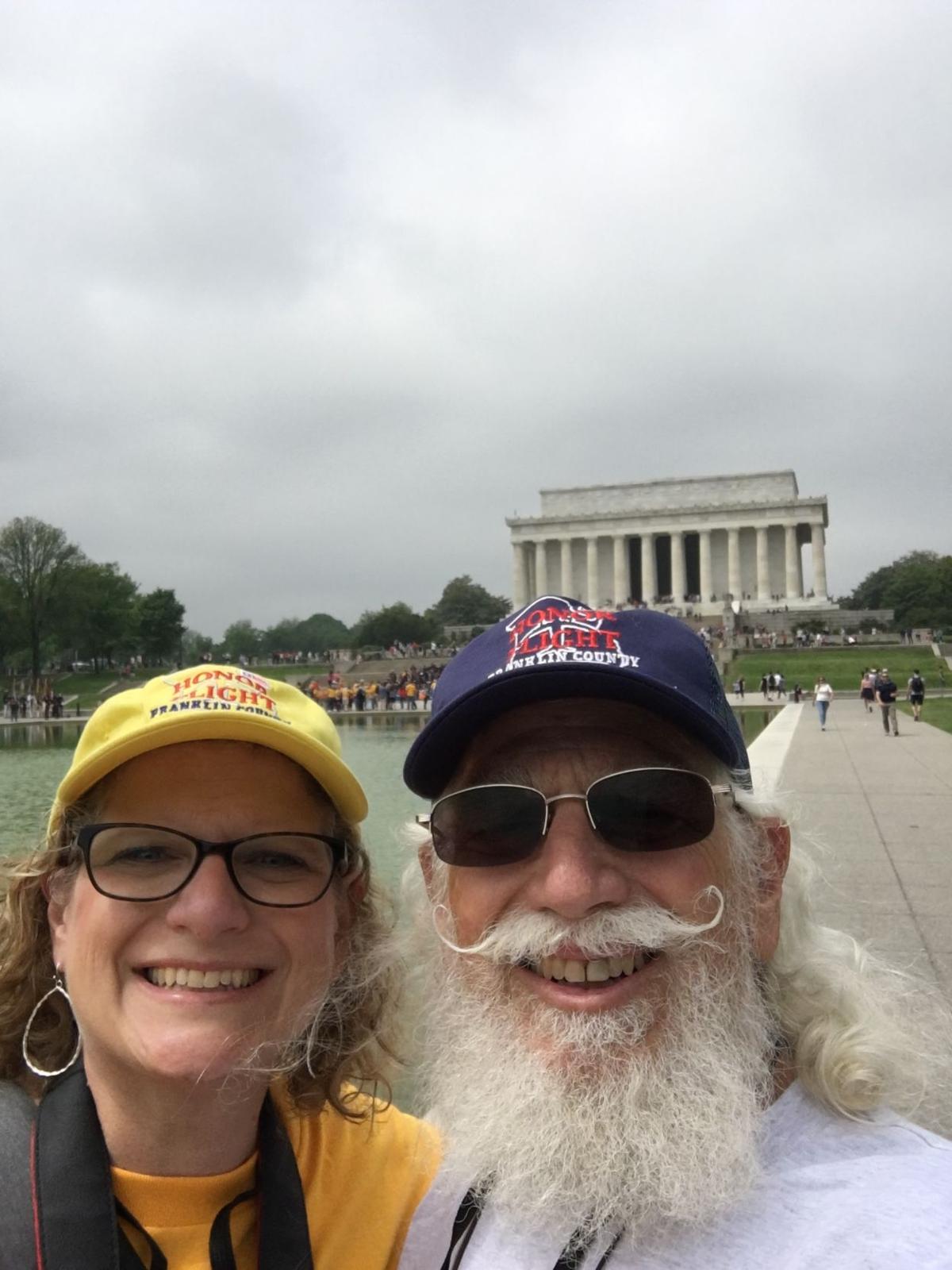