When your mess kit knife becomes your only weapon: A Marine’s survival story from Khe Sanh
0 comments
Share this

Bleeding from multiple shrapnel wounds from a grenade blast that knocked the weapon out of his hands and the helmet off his head, Pfc. Guy Leonard zigzagged blindly along a trench dug into a red dirt hilltop outside Khe Sanh in South Vietnam.

As he ran and wiped blood from his eyes, Leonard suddenly encountered a North Vietnamese soldier, or NVA. From beneath his flak jacket, Leonard pulled an aluminum mess kit knife and fought his way past one enemy soldier, then another.

It was Feb. 8, 1968, and 64 Marines from the 1st Battalion 9th Marines were hunkered down on a small outpost atop a hill about half the size of a football field, trying to fight off hundreds of North Vietnamese soldiers who launched a full-out attack in the hours before dawn.

“I had just gotten up from my sleep,” Leonard said. “Mortars and rockets and everything started coming in.”

Badly outnumbered, the Marines on Hill 64 were soon overrun by enemy soldiers swarming their trench lines to fight in brutal hand-to-hand combat.

Leonard, along with most every other survivor, was severely wounded. More than 20 Marines were killed before a relief squad from base camp fought their way up the hill to help secure it.

Leonard, now 70 and a resident of Sunset Hills, had been working as a typesetter in St. Louis when he joined the Marines in 1967 at age 18.

“The second grenade blew my rifle away and blew my helmet off,” he said. “It felt like being hit by a big, cold shovel.”

After training, he was attached to the 1/9, an infantry division nicknamed The Walking Dead for its high casualty rate, and sent to Camp Evans in Vietnam. He soon found himself boarding a Chinook helicopter headed to Khe Sanh, south of the demilitarized zone near the border with Laos.

The Hill 64 Marines spent the first couple of weeks chopping out a 7-foot-deep trench, lining bunkers with sand bags filled with the hunks of the hard earth they dug up, and surviving on little sleep, not enough water and two C-rations a day. Thousands of North Vietnamese soldiers, meanwhile, had already begun a massive artillery bombardment on Khe Sanh Base Camp and the surrounding hillsides in a battle that would rage for 11 weeks.

Leonard and the other Marines on Hill 64 were dodging artillery and sniper fire but it was nothing like what was to come.

In the foggy hours before dawn on Feb. 8, a reinforced battalion of an estimated 600 NVA soldiers attacked Hill 64 with a barrage of mortar rounds and rockets and rocket-propelled grenades.

Leonard and another soldier were on the back slope of the hill when the assault began. Soon they were crawling across the rocky hilltop to fire down at the enemy. Visibility was so poor they were forced to wait for the illumination from explosions in order to see where to aim. Mortar rounds and rockets were so loud that both of Leonard’s ear drums burst.

“They were landing so close they would throw us off the ground 18 inches or 2 feet and then slam us back down to the ground,” he said.

As dawn broke, the two men moved into the trench line on the other side of the hill and were hit by enemy grenades. Shrapnel struck nearly every part of his body not protected by his flak jacket, Leonard said.

“The second grenade blew my rifle away and blew my helmet off,” he said. “It felt like being hit by a big, cold shovel.”

With blood streaming down his face, Leonard reached into his flak jacket and took out the mess kit knife he had sharpened on rocks and fought his way back to where he’d begun. He jumped into the bunker next to a fellow Marine, who stared at him in horror.

“I guess I looked kind of spooky,” Leonard said. “I thought, man I guess I must be hurt pretty bad.”

A medical corpsman gave him morphine and sent him on foot amid sniper fire down a steep trail to a waiting “mule,” a small flatbed vehicle that would carry him to the aid station. From there he was shipped by helicopter to Da Nang Air Base. His wounds were so severe, he said, the crew put him in a basket on the outside of the chopper, usually reserved for fatalities.

“They thought I was dead because I was on the outside of the chopper so they left me in the hall for a long time,” Leonard said. “Then I felt somebody messing around with my foot and I said, ‘hey!’ They were getting ready to put a toe tag on me.”

Leonard spent eight months in hospitals and then finished out his military career as a corporal stationed in Cuba. After he returned to St. Louis in 1970, he worked again as a typesetter but spent most of his career in government jobs, including as a park ranger with the National Park Service.

Vivid memories of Vietnam remain fresh more than 50 years later, Leonard said. He finds solace in the peacefulness of nature and enjoys spending time at a second home in Montana.

He always carries a knife, though.

“Because you never know when you might need it,” he said. 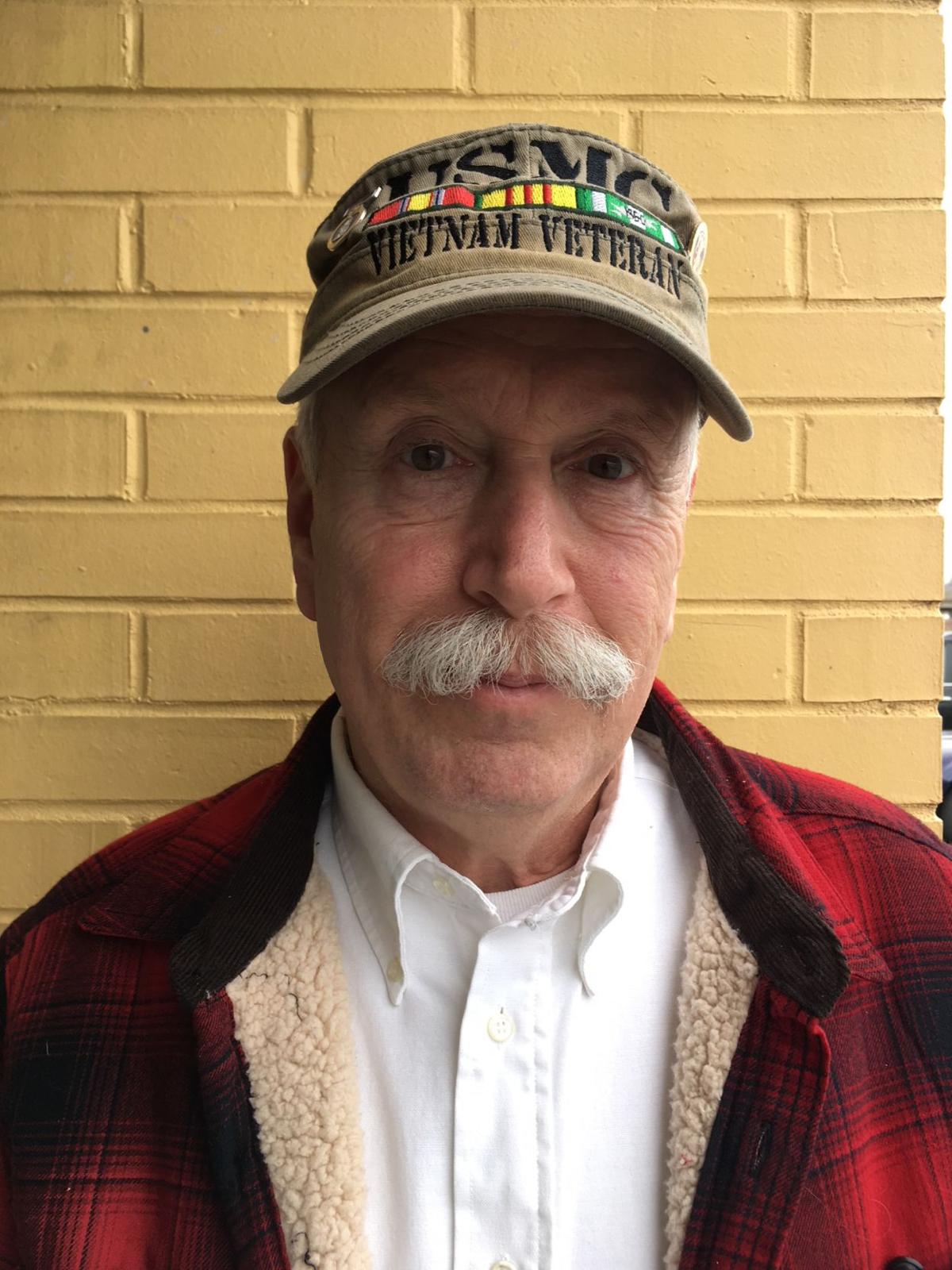