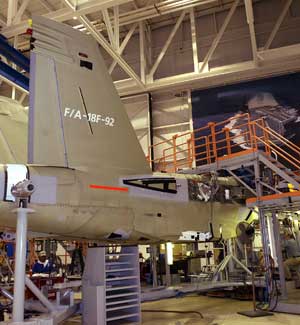 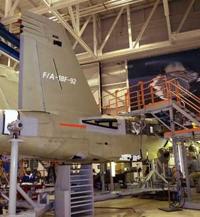 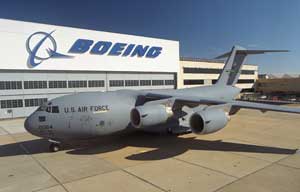 As Boeing workers in St. Louis prepare for a possible strike, the company's defined-benefit pension plan has become a burning issue. Unionized machinists are trying to preserve a benefit that's fading fast across the country.

At issue is the old-fashioned kind of pension — the kind that sends a check every month as long as the retiree and his spouse are alive. Such defined-benefit plans have been in decline for more than a generation in the private sector. They're being replaced by "defined-contribution" plans, such as 401(k)s, where an employer can contribute a fixed amount during working years but doesn't guarantee that the money will last a lifetime. If you spend your 401(k) nest egg, it's gone.

In the process, the responsibility and much of the cost of funding retirement is shifting from the employer to the American worker.

About 53 percent of working Americans have no pension plan at all, either because their boss doesn't offer a plan, or because they opt out of it, according to the Center for Retirement Research at Boston College. That number has held fairly steady for two decades.

Among workers with pensions, there's a big gap between private and public workers. As of 2005, the vast majority of government employers offered old-fashioned defined-benefit pensions, and that figure appears to be holding up through the recession.

The big change has been in the private sector — where there has been a plunge in companies offering defined-benefit plans. Many workers with old-fashioned pensions have found them "frozen," meaning that workers gain no additional benefit for further years on the job or pay raises.

In 1992, 83 percent of private sector workers who had any pension coverage had a defined-benefit plan. By 2006, that was down to 35 percent. The number with a defined-contribution plan, such as a 401(k), went from 39 percent to 90 percent, according to the Center for Retirement Research. (The percentages don't add up to 100 because some workers had both types of plans.)

At Boeing, the company proposal would actually increase pension payouts for current employees. But no one hired after 2011 would get a defined-benefit pension. Instead, the company would contribute an amount equal to 4 percent of their pay to the 401(k) plan.

The union says that a new worker under the Boeing plan might retire with only two-thirds the income he would receive under an old-fashioned pension.

"We're concerned about the guy retiring in 30 years and having to go on welfare," said Thomas Pinski, a spokesman for International Association of Machinists and Aerospace Workers District 837.

Bruce Hanson, Boeing's senior manager of pay and benefits, says future retirees will be able to replace a 'substantial portion" of their working pay — if they contribute to their 401(k). He notes that the company already matches half of the first 8 percent of salary that an employee contributes.

There are other issues in dispute, including health coverage and dismissals for arriving late to work. But members seemed most upset over the pension question, Pinski said.

The Machinists will vote Sunday morning on Boeing's latest offer. If rejected, the earliest the 2,500-member union could strike would be 12:01 a.m. Monday.

There's concern that the nationwide switch to 401(k)s over old-fashioned pensions will mean a skimpy retirement for coming generations of Americans.

"What usually happens is that they replace a larger benefit with a smaller one. That's normally the rub," said Glenn MacDonald, who studies labor issues as Olin Professor of Economics at Washington University.

Companies don't put as much money into 401(k) plans as they did into the old-fashioned pensions. Professional pension plan managers also tend to be better investors than employees left to choose by themselves among mutual funds in a 401(k) plan.

Researchers from the Social Security Administration and the Urban Institute recently tried to estimate what would happen if the trend away from old-fashioned pensions picks up speed over the next few years.

"On balance, there would be more losers than winners, and average family incomes would decline," they concluded, in a study published in the Social Security Bulletin. Among people born between 1961 and 1965, 26 percent would retire poorer, and 11 percent richer in retirement if 401(k)s replaced old-fashioned pensions.

IBM and Verizon were "the first to start the wave of healthy-company freezes," she said.

The recession also is prompting companies to cut their own contributions to employee 401(k) accounts. The Pension Rights Center counts 330 such companies, and only a handful have so far restored the cuts.

"If we don't do something, we'll face a situation in 20 or 30 years in which middle class Americans won't be middle class in retirement," says Beth Almeida, director of the National Institute on Retirement Security.

Companies cut pensions for two reasons — to save money and control risk. Freezing a pension can bring an immediate, one-time boost to the bottom line. But it also removes vast uncertainty over future costs.

A defined-benefit plan puts the company on the hook for paying the promised benefits, no matter what happens to its profits. "Some companies may have promised more than they could afford," said Ethan Kra, senior partner and chief actuary at Mercer, a big benefits consulting firm.

Most defined-benefit pension money is invested in stocks and bonds. From 1982 to 2000, those investments delivered a fairly steady upward ride during one of the greatest bull markets in history. "When you have 17 years of gangbuster markets, it was easy to finance the plan," says Kra.

The bear markets of the last decade have made the pension picture much tougher, he says. Today's low interest rates add to the problem.

Meanwhile, some pension plans have grown enormous over the decades, to the point that some dwarf the companies that sponsor them. "I've seen company pensions that were eight times the company's market cap," Kra said, referring to the company's worth in the stock market.

A 2006 federal law gave companies less time to make up shortfalls in their pension plans. As a result, some companies find themselves facing big potential costs if the stock and bond markets should tumble.

That's just what happened in late 2008 and 2009. The median big-company plan ended last year with only 75 percent of the funding it needs to pay all promised benefits.

Boeing's plan for its St. Louis union workers is in much better shape, with $1.4 billion in assets against $1.5 billion in liabilities. Still, Boeing's Hanson complains of "huge quarterly swings" in company financial reports due to the ups and downs of its pension investments. Cutting out new hires would help the company "better manage costs and financial risk," he said.

The accounting rules for public sector pensions are much looser, which is one reason they have hung on as the private sector cut back. But even public employees are starting to feel some pension heat as states battle a budget crisis.

Missouri Gov. Jay Nixon is proposing requiring new employees to pay part of their pension costs. Illinois politicians are still wrestling with how to make a $3.7 billion required payment to the state's underfunded pension plan.

Kra thinks public workers will have to take a hit. "You're going to see a revolt among the taxpayers for states that are paying benefits that taxpayers don't get."

Strike threat remains as negotiating committee is recommending that it be rejected.

Some examples of companies ending or reducing this benefit.