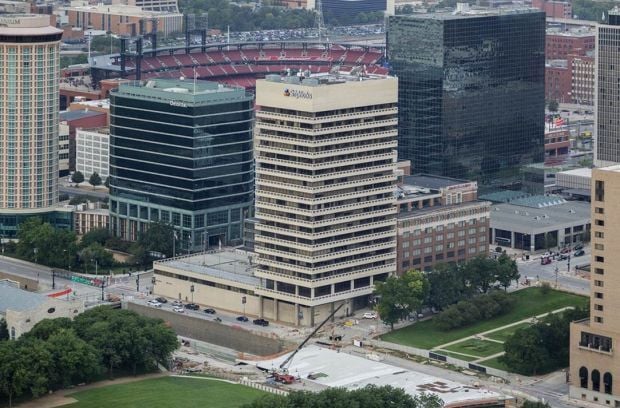 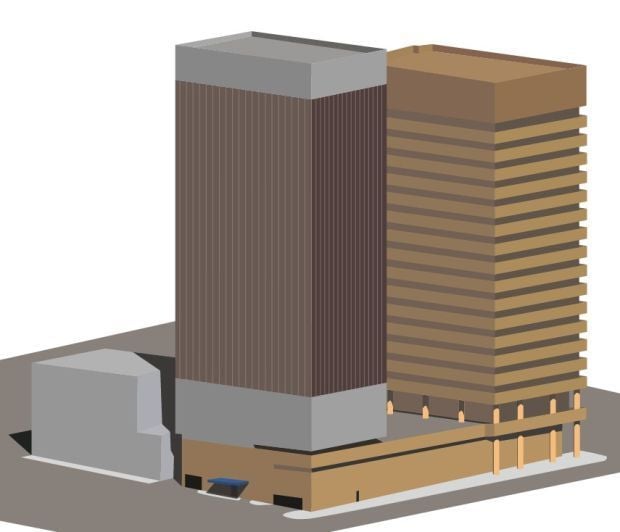 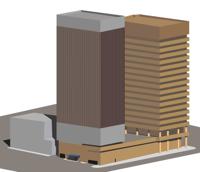 Up for sale is Gateway Tower, a 1960s office building at One Memorial Drive near the Arch and Busch Stadium in downtown St. Louis.

Jones Lang LaSalle has the listing for the 20-story building opened in 1967. Main tenants include ShipWorks, the East-West Gateway Council of Governments and KMOV-TV.

Downtown's office market is tepid but the good times keep rolling for the area's residential market. With that in mind, Sovereign Partners did a feasibility study of a plan to build a 16-story residential tower on top of KMOV, which occupies Gateway Tower's lowrise portion. The preliminary plan is for 80 residences ranging in size from 1,200 to 1,500 square feet.

Harwood said today that Gateway Tower will benefit from its nearness to the Arch, whose grounds are undergoing a massive renovation, most of it to be completed in about a year.

More definite is additional parking as part of the Arch grounds redevelopment.

The new owner plans to renovate the historic building.