Missouri Terrazzo Co. is moving from the Fountain Park neighborhood to the Hill.

The former general counsel of chemical company Solutia, Paul Berra, purchased the company from Richard Dreyfus earlier this year. Missouri Terrazzo, which designs and constructs the marble and granite flooring patterns, has been in business since 1932.

Its designs are located at St. Louis-Lambert International Airport, the new Gateway Arch museum and the University of Notre Dame. It's also working on the terrazzo flooring for the renovation of the remaining City Hospital buildings recently purchased by Indianapolis developer Pearl Cos.

There once were seven terrazzo installers in St. Louis, Berra said at a city economic development hearing last week. Missouri Terrazzo is the last one left, he said. Its last local competitor went out of business seven years ago.

"There's a lot of growth I see in this industry," Berra said.

The company purchased a 33,000 square-foot warehouse building at 5211-5215 Northrup Avenue and plans a $350,000 renovation, which will more than triple the space it has available in its current building at the corner of Euclid and Enright avenues. Missouri Terrazzo employs about 42 people now and plans to add about five more. It pays an average salary of about $60,000.

The St. Louis Enhanced Enterprise Zone board last week recommended approving a property tax break on the the company's improvements to its new building. The 80 percent abatement, if approved by the Board of Aldermen, would last 10 years.

'This is something so special.' Years in the making, the Gateway Arch museum and entry reopens

The expanded museum tells a broader story of St. Louis. Planners also hope the museum helps people see and use the city differently.

The company plans to hire 10 employees and is seeking a larger facility in St. Louis. 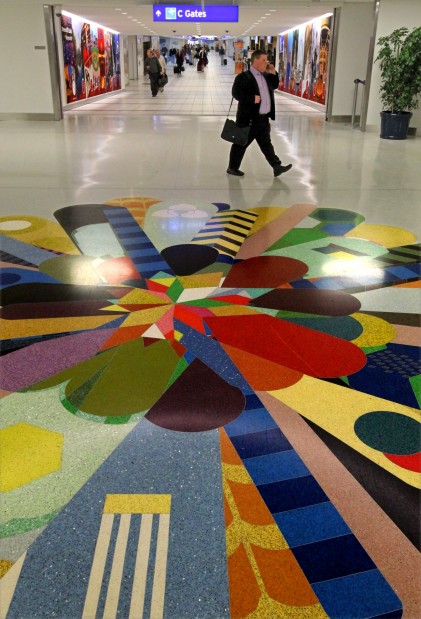 An air traveler walks near a terrazzo inlaid medallion art piece called 'New Village' by Alicia LaChance at the crossroads between the C concourse and a security check point at Lambert-St. Louis International Airport on Wednesday, Nov. 28, 2012. It is made with more than 50 different colors that had to be specially mixed and was installed by Missouri Terrazzo Co. Inc. Airports across the country are commissioning and installing works of art in their public areas. Photo by Christian Gooden, cgooden@post-dispatch.com 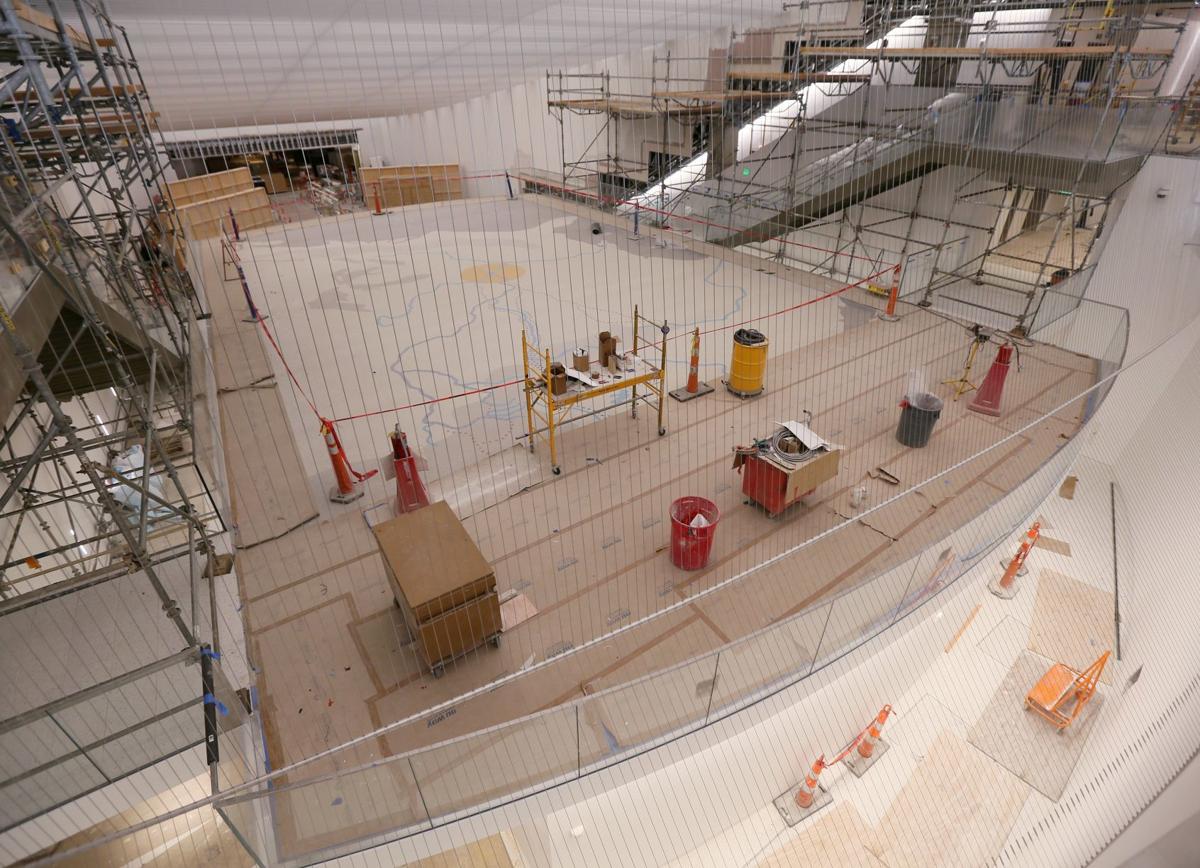 A large terrazzo map centered around St. Louis greets visitors as they make their way down to the main exhibition floor of the Gateway Arch Museum and Visitor Center on Thursday, Feb. 1, 2018, in St. Louis. The museum and visitor center is scheduled to open in July. Photo by Chris Lee, clee@post-dispatch.com