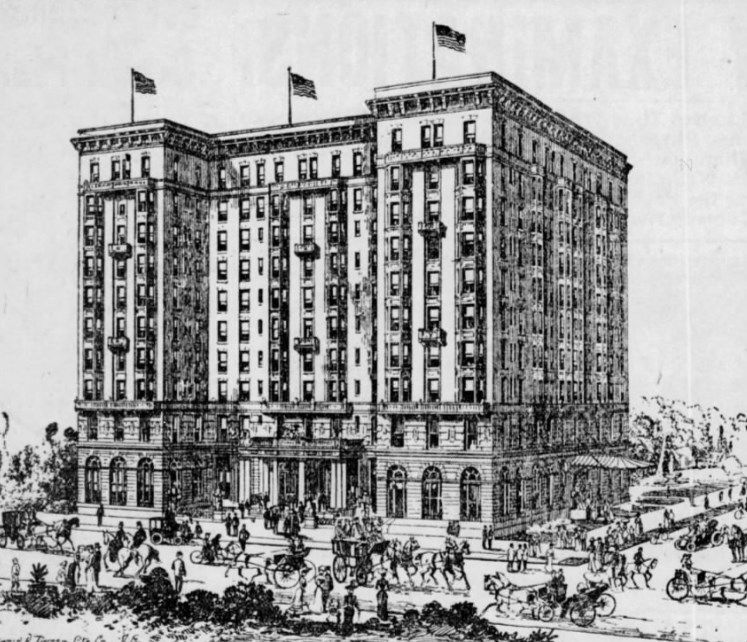 A rendering of the Buckingham when it was proposed

Near the end, as the Ambassador. (Image from Vanishing STL, obtained from Landmarks Association) 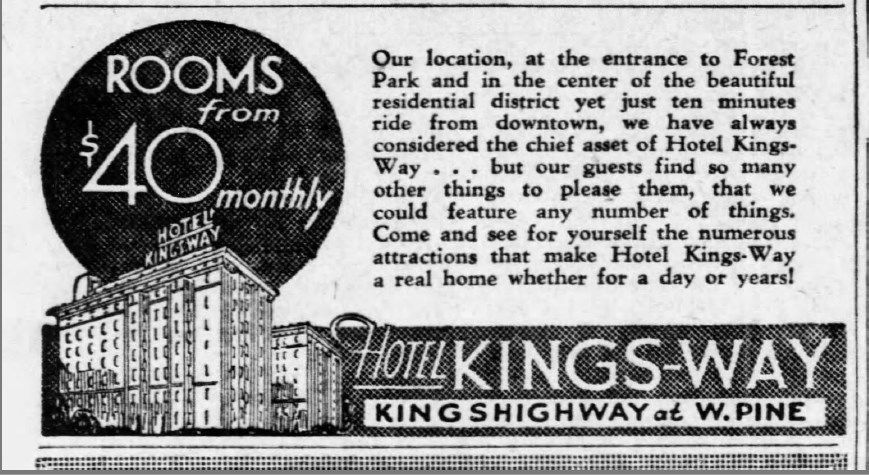 A 1934 Kings-Way ad in the Post-Dispatch 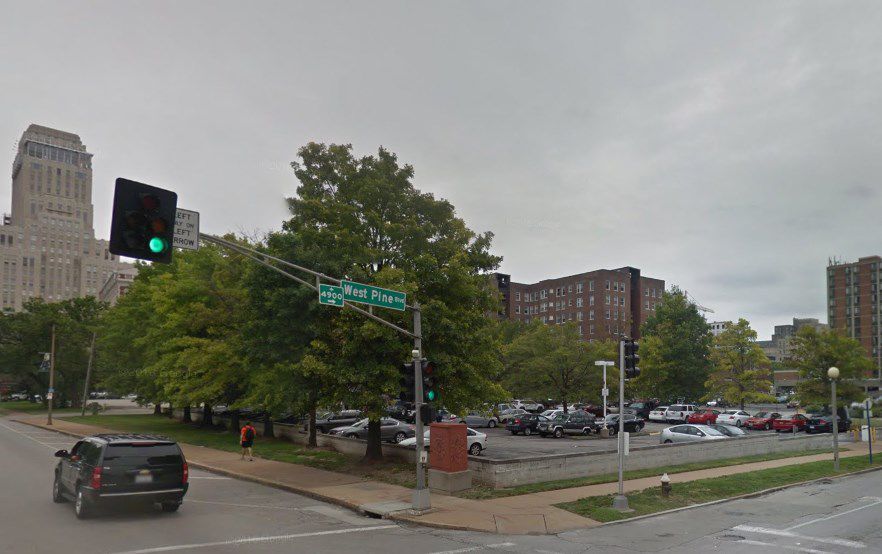 Before the plan for an apartment tower on a Kingshighway parking lot, there was the Buckingham, a fancy St. Louis hotel built in time for the 1904 World's Fair.

A story in the Jan. 8, 1903, main edition of the Post-Dispatch reported that "St. Louis capitalists" would erect a 10-story "modern hotel, to be the most elaborate in the West."

Then as now, the site is across North Kingshighway from Forest Park. Triumvirate Investment Co., the Buckingham's developer, planned 500 guest rooms and a "mammoth" first-floor ballroom, the Post-Dispatch reported. Features were to include a "gentleman's cafe" to accommodate 300 people and two "ladies' restaurants," the 1903 story added.

"A unique departure will be a ladies' hairdressing and shampooing establishment," the story concluded.

So up the hotel went. Seventy years later, it was gone.

St. Louis architect Paul Hohmann, who blogs at Vanishing STL, wrote about the Buckingham in 2009. He noted that the U-shaped hotel had repeating bay windows around the wings to take advantage of great park views.

The Buckingham appears to have thrived for a time. Hohmann suggested the hotel declined after the arrival of competitors — the Chase and Park Plaza hotels just up the street. The Ambassador, as the Buckingham was known at the end, was demolished in about 1973 after a fire, Hohmann wrote.

During part of its history, the hotel carried the name Kings-Way. As the Buckingham, Kings-Way or Ambassador, it appears the hotel for much of its existence catered to long-term residents.

In any event, the site has been a parking lot for decades. Redevelopment plans never got past the talking stage. Now comes the longtime owner, Mac Properties, with plans for a 36-story luxury apartment building, named One Hundred. The designer is the acclaimed Studio Gang, of Chicago. The Post-Dispatch revealed the $130 million project Friday.

Alderman Joe Roddy, whose ward encompasses the Kingshighway site, has scheduled for 7 p.m. Monday at the Schlafley branch library, 225 North Euclid Avenue, a public meeting to discuss One Hundred with neighborhood residents. Mac Properties and Studio Gang representatives are scheduled to attend.

In 1925, Blanche Hitzman earned $40,000 for brokering the Buckingham's sale. The million-dollar deal was remarkable for two reasons: Even in the Roaring '20s, 40 grand was a lot of money and Hitzman, only 28 at the time, was among the few women real estate operators in St. Louis.

A rendering of the Buckingham when it was proposed

Near the end, as the Ambassador. (Image from Vanishing STL, obtained from Landmarks Association)

A 1934 Kings-Way ad in the Post-Dispatch