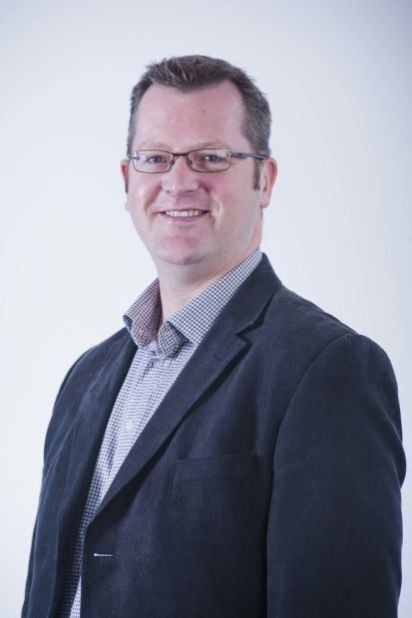 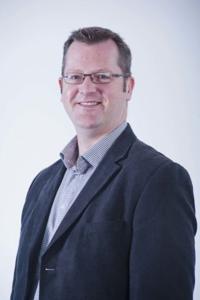 James Varga's MiiCard startup is one of four companies selected for funding by SixThirty, a St. Louis-based financial tech accelerator. 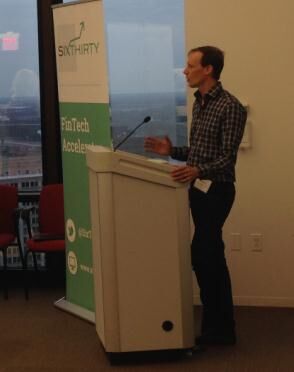 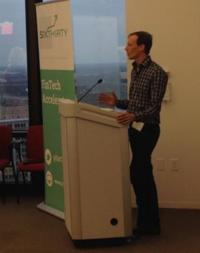 They were introduced to St. Louis by a new accelerator program called SixThirty, which identifies technology startups that can benefit from working with the area’s large financial companies. The program comes with a $100,000 investment, which is enough to get the attention of any cash-starved entrepreneur.

Kimberly and Ham didn’t want it to be just about the money, though. After being selected for SixThirty, they moved Upside’s entire four-person team here for four months. Ham brought his wife and daughter along.

Other SixThirty participants echo his enthusiasm. “It was a good opportunity for us to do business with a lot of companies that we wouldn’t otherwise have had contact with,” said Mike Kane, a co-founder of Hedgeable. Kane moved to St. Louis for four months while his brother, Matt, ran the online investment company’s office in New York.

Mike Kane will return to New York soon, but he expects to open a satellite office here.

He says it’s been good for him to get outside the Wall Street bubble and understand Main Street financial firms like Edward Jones. “You’re closer to where more average Americans live, and that’s our target market,” Kane said.

While Kane and the Upside team lived here full time, founders of two other SixThirty companies chose to commute from their home bases — New York for XYverify and Edinburgh, Scotland for miiCard.

James Varga, chief executive of miiCard, said he and sales manager Magnus Bray had spent a total of about six weeks in St. Louis. Elliot Klein, founder of XYVerify, said he spent eight days a month “in back-to-back meetings” here.

Varga said that it would have been difficult to detach anyone from the Edinburgh headquarters full time but that SixThirty had introduced miiCard to some valuable contacts, including MasterCard and some local banks.

“We’ll have to see how things go and where our customers drive us,” Varga said. “If we need to have a physical presence in the U.S., I think it would very likely be in St. Louis.” MiiCard makes an online identity verification system.

Klein, whose company uses mobile technology to verify customers’ location and identity, said he benefited from mentors at Bank of America and MasterCard who helped him understand banks’ needs.

XYVerify is talking with some potential St. Louis investors, and if those talks work out, “we’ll likely look to continue building and growing here,” Klein said.

All four SixThirty companies will court investors at an event on Feb. 5, and a new group of startups will be selected in March.

Kane, of Hedgeable, encourages that next group of entrepreneurs to do just what he did: Move here, get involved and meet as many people as you can.

“The feeling should be that you need to be in St. Louis,” he said. “This is where all the financial companies are, and this is where the people you want to do business with are.”

Trade-show software launches a year late, but with big-data features.

Eberlin's third startup may be a charm for St. Louis

Business formation seems to be in a long-term decline, study says.

Local startup is now run with a West Coast attitude

A.D. “Bud” Albers, former technology executive at Disney, takes the helm of Click With Me Now.

Since it began last year, SixThirty has invested in a dozen companies.

Nicklaus: Financial jobs are a surprising strength for St. Louis

Firms here have been hiring while the industry shrinks nationwide.

Bitcoin enthusiasts now focus on the technology, not the currency

Participants in SixThirty, an accelerator for financial technology companies, talk about their experience in St. Louis

James Varga's MiiCard startup is one of four companies selected for funding by SixThirty, a St. Louis-based financial tech accelerator.