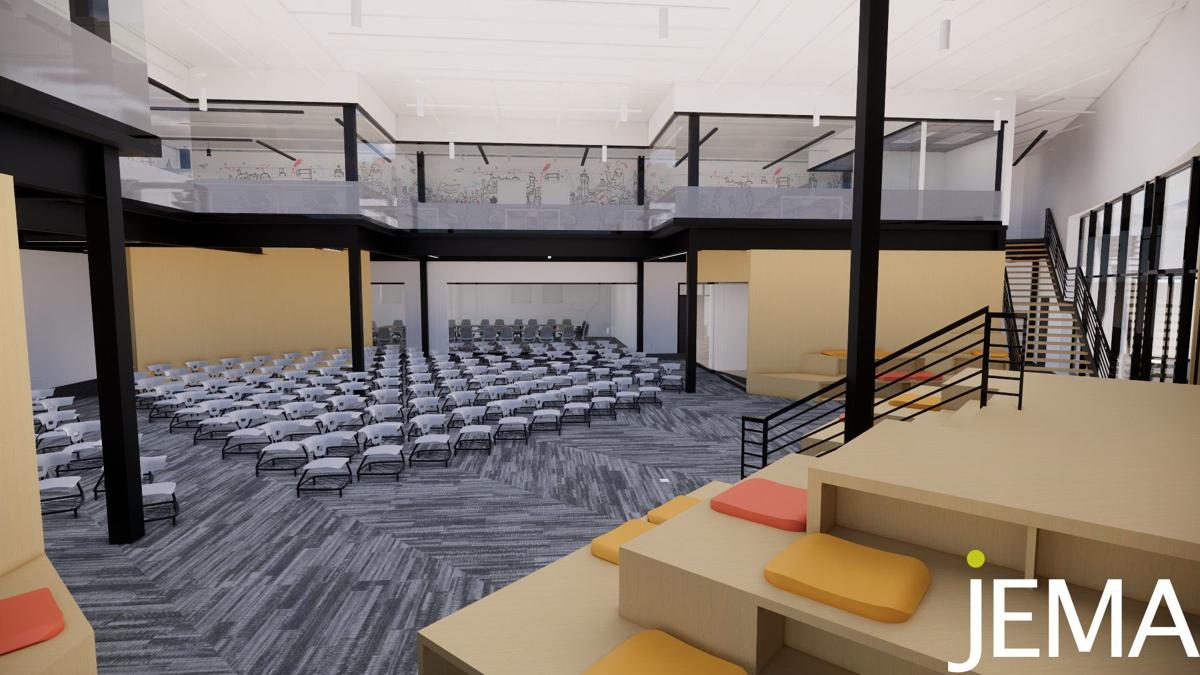 Drawing from JEMA architects shows what LaunchCode's auditorium and new mezzanine area will look like after a $4 million renovation and expansion. 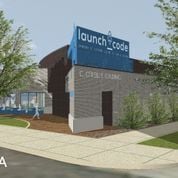 LaunchCode has announced a $4 million expansion and renovation of its St. Louis headquarters so it can train more computer programmers.

The non-profit organization said the project will add a second-floor mezzanine level, adding 4,000 square feet to the building's current 14,700 square feet. The building at 4811 Delmar Boulevard, originally a state unemployment office, will be called the LaunchCode Techforce Center.

LaunchCode raised $5 million for the project — $4 million for construction and $1 million for expanded instruction. The building will have room to train about 800 students a year, up from 600 currently.

Including programs at other sites, such as St. Louis Community College campuses, LaunchCode trained 1,036 St. Louis area students in computer programming last year, but the group says it turned away 3,700 applicants because of a lack of space.

LaunchCode, started in 2013 by Square co-founder Jim McKelvey, trains students in the basics of computer programming and places them in apprenticeships with area companies.

The group said in an email that it is "planting a flag for access, equity, and openness on a segment of Delmar Blvd. that is on the verge of tremendous development and change." Kingsway Development plans $84 million worth of construction nearby, including apartments, office space and storefronts.

Drawing from JEMA architects shows what LaunchCode's auditorium and new mezzanine area will look like after a $4 million renovation and expansion.