Joe Shuchat didn’t move his company to St. Louis as intended, but he gives this city credit for the big break that changed his plans.

Shuchat’s Toronto-based startup, Winning Identity, was one of the first participants last year in a sports-business accelerator launched by Stadia Ventures, an investment and consulting firm in St. Louis. Excited by the connections he had made, Shuchat announced plans to move here and build on the relationship with Stadia.

He even was a finalist for an Arch Grant and had applied for money from the state-funded Missouri Technology Corp. Then things took a different turn.

At a golf trade show in January, he met a co-founder of Blast Motion, which makes a sensor for analyzing baseball and golf swings. The meeting was arranged by Boditrak Sports, another Stadia client that makes a different kind of sensor. It turned out that Blast had already heard about Winning Identity’s software, which combined swing analysis with fitness tracking and other features, from a St. Louis area baseball coach.

Shuchat, 28, wasn’t looking to sell, but he did need more resources. Blast needed software engineers who could translate its sensor data into visual form. Within a few weeks, the deal was done.

Blast is based in Carlsbad, Calif., but Shuchat still works from his hometown of Toronto. After wearing many hats at a five-person startup, he enjoys being part of a 70-person team.

“It’s a lot easier to get things done, because you have more eyeballs and more hands on each project,” Shuchat said. “They’ve provided us with everything we need to be successful.”

The deadlines are just as demanding inside the larger company, though. The acquisition closed three months ago, and last week Blast launched an integrated platform called Blast Connect, which lets coaches view their athletes’ training data.

Blast’s sensor is used by more than 150 professional golfers, and was recently endorsed by Major League Baseball. The sensor sells for $150, and a software subscription is $60 a month.

Art Chou, a Stadia partner, said he was pleased when he learned of the company’s interest in Winning Identity. “It’s a great match for Joe, and really met his needs,” he said.

Although Stadia hopes to turn a profit on all of its investments, Chou said he didn’t expect the first exit to happen so quickly.

Shuchat joined the accelerator program a year ago, Chou recalled, with a solid product but an unfocused business plan. “We helped with overall business strategy,” he said. “He had a lot of irons in the fire, which is typical for entrepreneurs.”

Chou says Shuchat soaked up everything from accounting information to marketing advice “like a complete sponge,” and then there were those all-important introductions. The sports technology world is small, but the connection between Canada and California might not have been made without the links forged in St. Louis.

Shuchat was back in town this week to help Stadia select its next group of accelerator participants. He says he’ll always feel a debt to the St. Louisans who helped him, especially Stadia co-founders Chou and Tim Hayden.

“The best way I can put it is that Tim and Art are family,” Shuchat said. “They changed my life, which I am forever grateful for.”

Blast Motion's software shows analysis of a golfer's putting stroke on a smartphone. 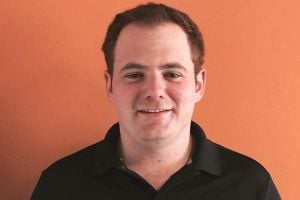 Joe Shuchat is the founder of sports software firm Winning Identity, which he sold in 2016 to Blast Motion of Carlsbad, Calif. 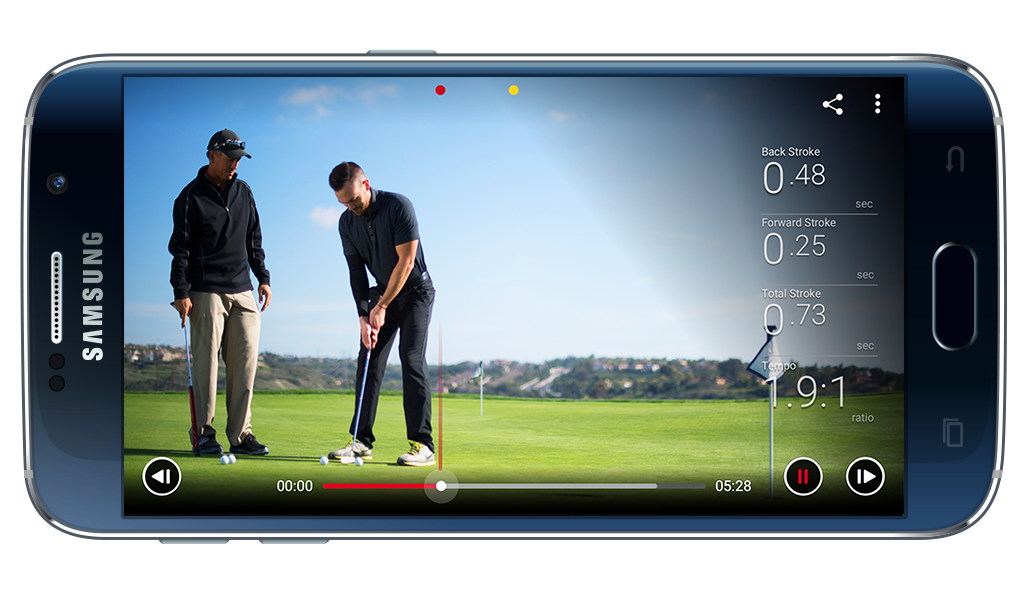 Blast Motion's software shows analysis of a golfer's putting stroke on a smartphone.