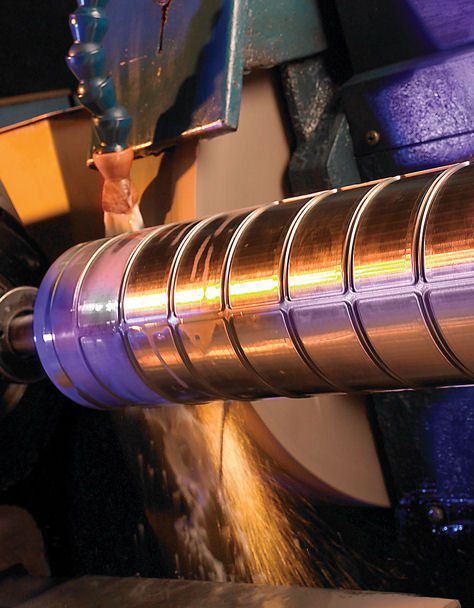 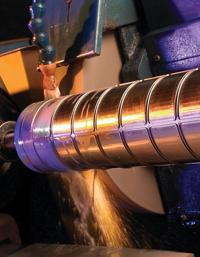 A solid steel rotary tool goes through the grinding process at the RotoMetrics plant in Eureka. 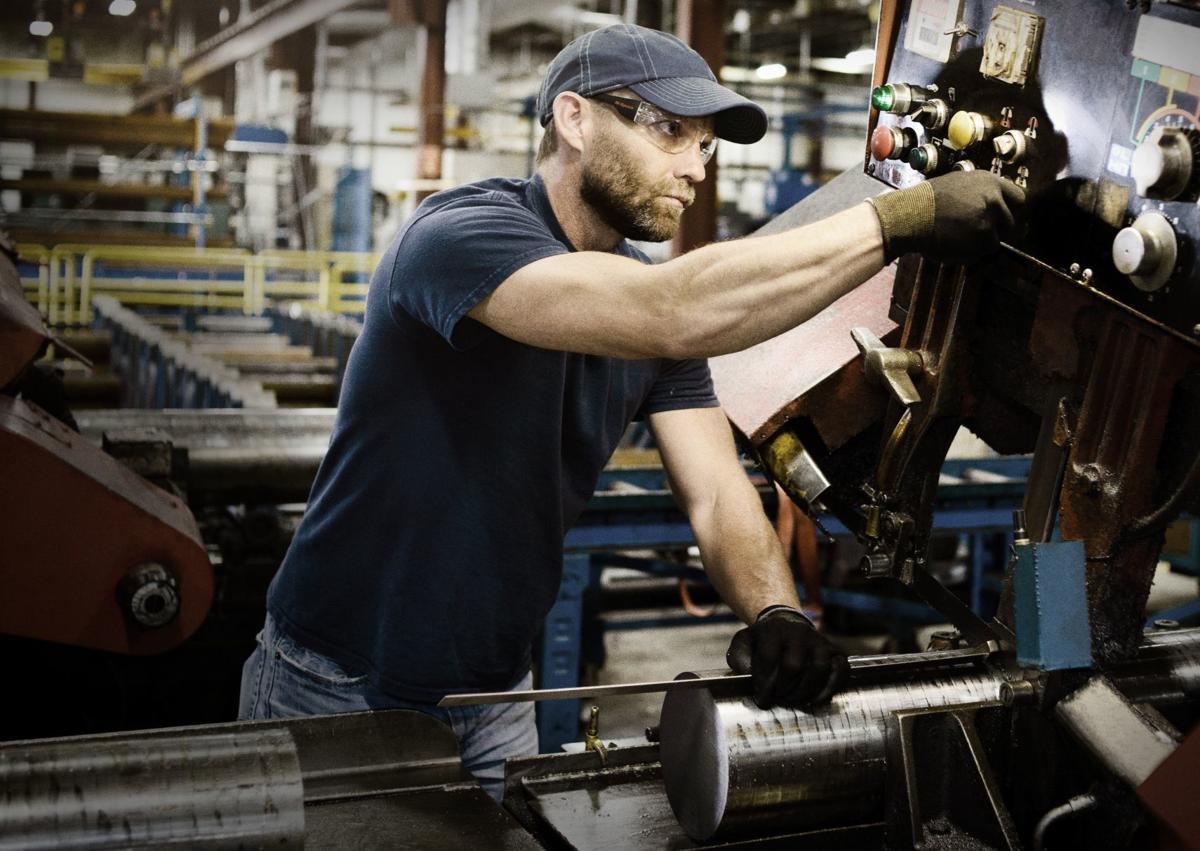 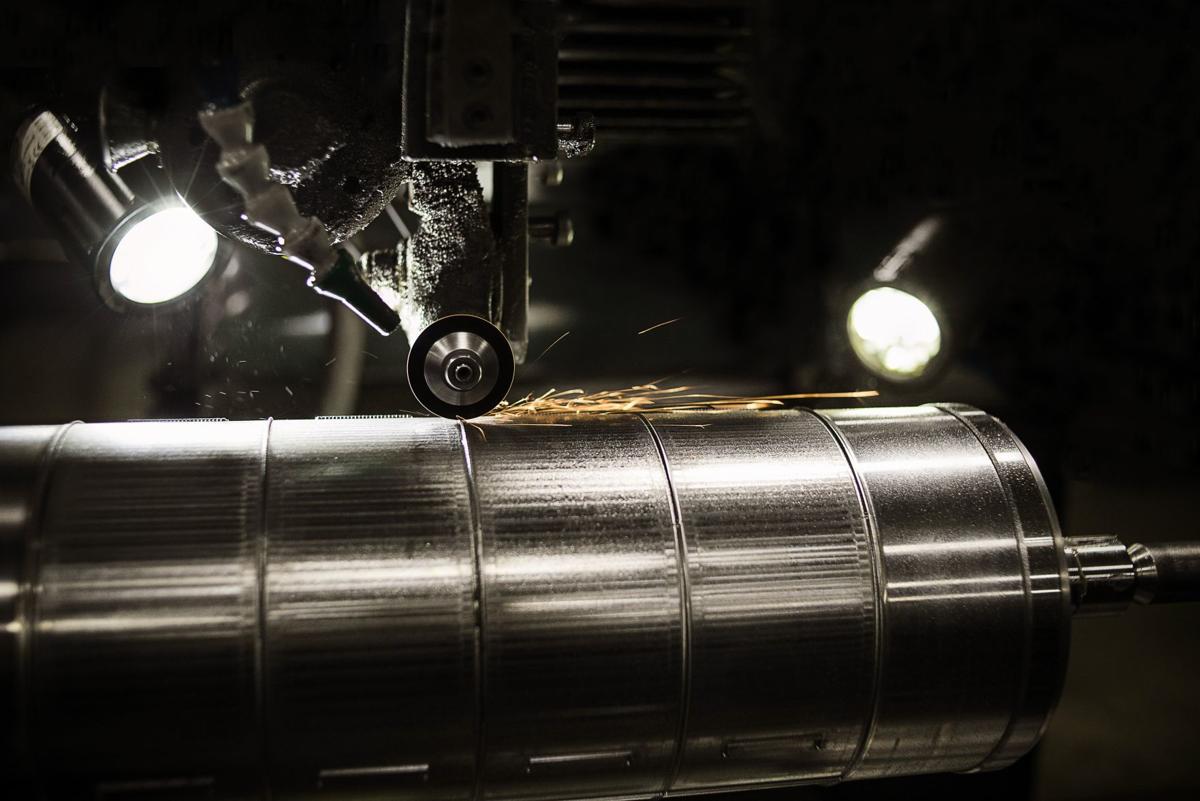 A RotoMetrics tooling machine cuts steel to create perforation blades on a solid rotary tool at the company’s plant in Eureka.

RotoMetrics, a cutting-die manufacturer in Eureka, thought it had a strong case for being exempted from President Donald Trump’s steel tariffs.

Nearly three months after it started asking for such an exclusion, the company is still waiting for an answer.

So is Deutsche Precision, a transmission parts manufacturer in Maryland Heights. The Commerce Department took weeks to even post its exemption requests.

Both companies import thousands of tons of steel a year, and they continue to price and sell their products despite not knowing how much that steel will cost — the price suppliers were charging before Trump announced his trade action in March, or 25 percent more to cover the tariffs.

Commerce Secretary Wilbur Ross said up front that companies could apply for exemptions “through a fair and transparent process” with decisions based on “whether a product is produced in the United States of a satisfactory quality or in a sufficient and reasonably available amount.”

RotoMetrics buys 71 percent of its steel domestically. It asked for tariff exclusions on types of tool steel that aren’t available in the U.S.

Deutsche Precision imports all of its steel from Italy and Japan. Carlo Ilardi, the company’s general manager, said domestic mills can’t meet its customers’ specifications for hardness and purity.

Each firm must file a separate request for each size, grade or chemical composition of a steel product it imports. So far, that adds up to 72 requests by RotoMetrics and 14 by Deutsche Precision.

Ken McInnis, RotoMetrics’ director of supply chain-Americas and global purchasing, says dozens of his requests were kicked back for being incomplete.

Of the requests that went through the required 30-day comment period, several drew objections from steel suppliers in Ohio, Pennsylvania and Texas that say they can meet RotoMetrics’ needs.

McInnis has checked; they can’t. “They had huge lead times and were charging three times the price,” he said. “Financially, we can’t pay that and be viable.”

The process, though, provides no way for him to answer the steel companies’ claims. An objection seems to stop the request in its tracks.

“The process has just been a fiasco,” McInnis said. “They kill it even though it (an objection) is not legitimate.”

Ilardi, too, is frustrated by the exemption process. “There’s nobody to call. You just email an address and hope they will respond,” he said.

The requests are critical to Deutsche Precision. “We don’t have a profit margin on material, and we’re a very low-margin business,” Ilardi said. “It’s difficult to push the price on to our customers, because their customers aren’t accepting price changes either.”

As of Aug. 6, the Commerce Department said it had received 33,099 requests for relief from steel and aluminum tariffs and granted 1,418.

Daniel Ikenson, a trade policy expert at the Cato Institute, says business’ frustration stems from the way the exemption process was designed. Unlike with past tariffs, he said, the Commerce Department won’t let one company’s successful request be a precedent for other importers of the same product.

Ikenson says that Ross, the commerce secretary, “has carved out a hands-on role for himself and his office. Usually, requests for an exemption are straightforward, but this process is really backward and capricious.”

Deutsche Precision’s Maryland Heights plant, which employs 150 people, was built in 2012 by a German supplier that wanted to be closer to its North American customers. If the tariffs persist long enough, Ilardi acknowledged, the parent company might have to rethink that strategy.

RotoMetrics employs 450 people in Eureka, the largest of its three U.S. factories. McInnis says that he’s “hoping the tariffs are a short-term situation” but that they’re definitely bad for business. “Our overseas competitors can undercut us on price and there’s nothing we can do about it,” he explained.

If it wanted, the Commerce Department could quickly end the uncertainty the tariffs are causing for RotoMetrics, Deutsche Precision and thousands of other firms. Instead, it seems to be trying to drown them in red tape.

Shares jumped 40% one day, fell 70% the next as the company priced a large stock offering. Regulators, are you paying attention?

Nicklaus: MAGA funds fill an emotional need, not an investment one

Funds are being marketed to conservative, 'anti-woke' investors

Nicklaus: Arch Grants makes second bets on some of its most promising firms

GiftAMeal and Provider Pool get $100,000 each to pursue expansion

A solid steel rotary tool goes through the grinding process at the RotoMetrics plant in Eureka.

A RotoMetrics tooling machine cuts steel to create perforation blades on a solid rotary tool at the company’s plant in Eureka.