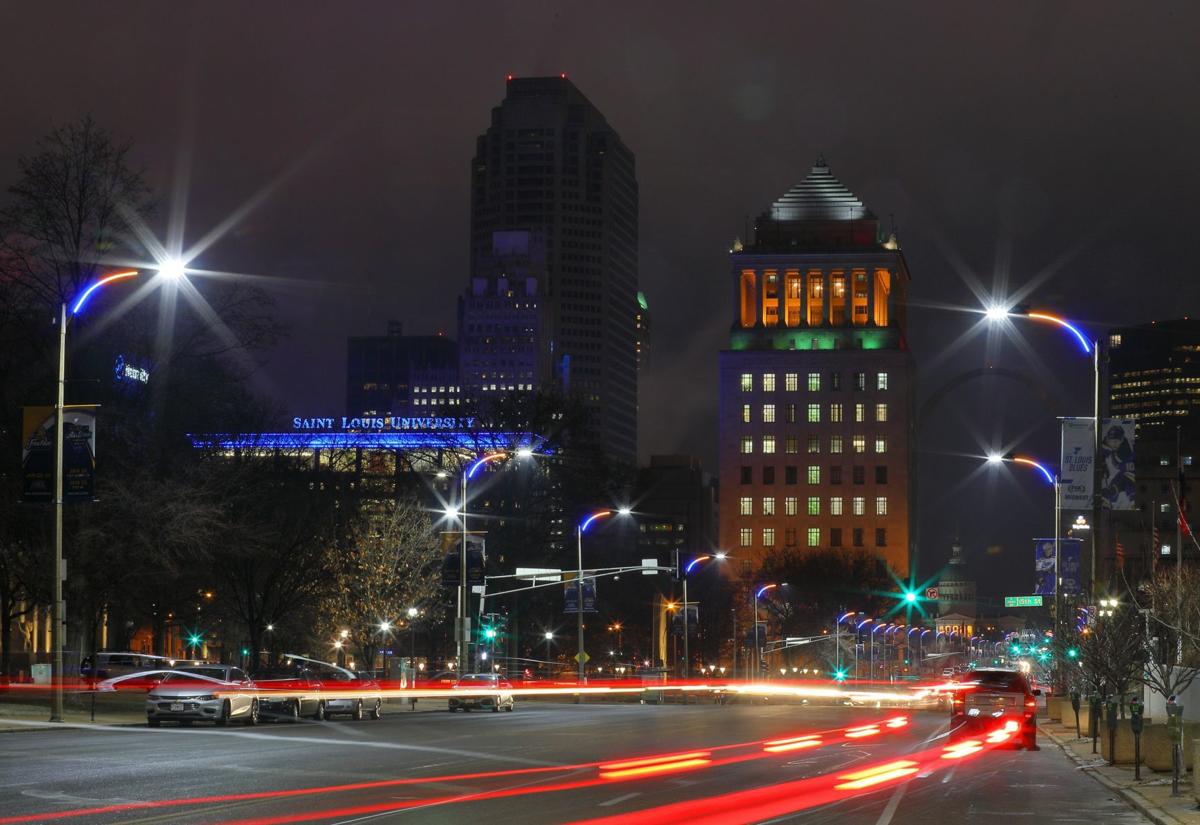 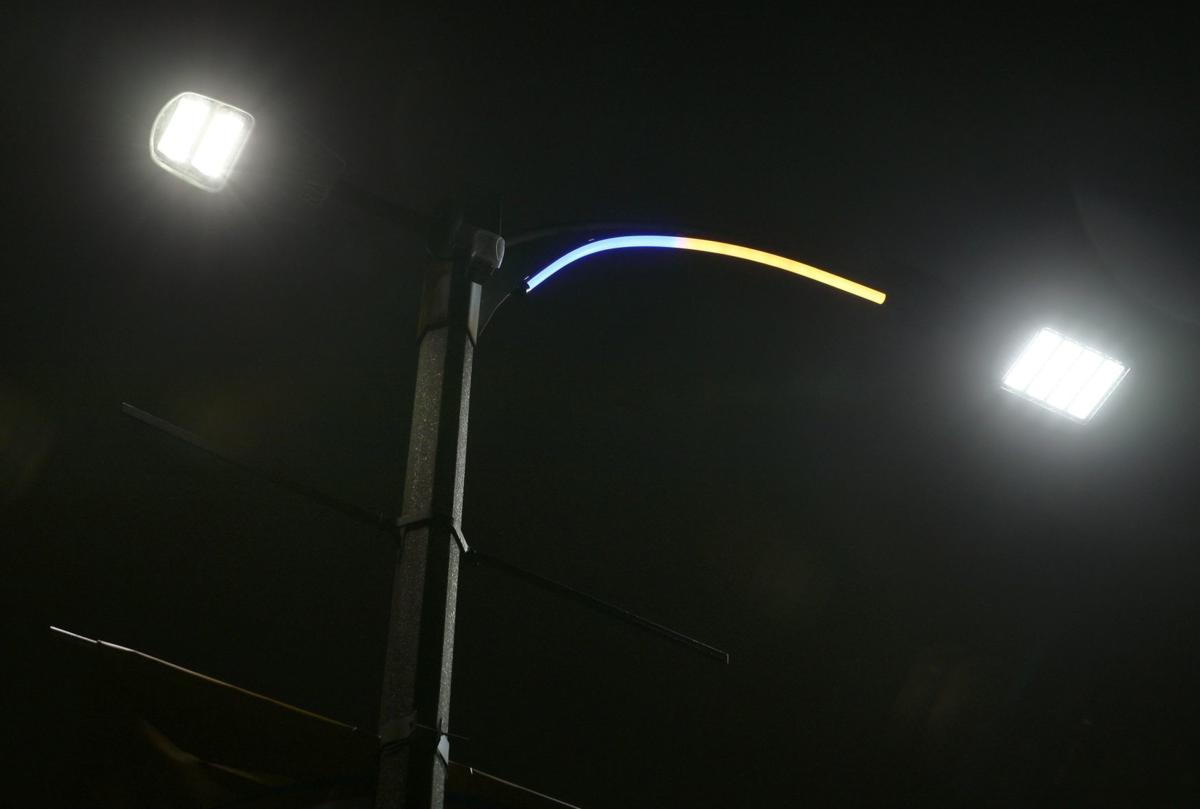 The colorful new lights along Market Street are supposed to be both a safety feature and a pick-me-up for downtown’s image.

They’re also a testament to Midwestern ingenuity. When business group Downtown STL Inc. solicited proposals for lights that would illuminate both streets and sidewalks, with a color-changing element along the neck, several big lighting manufacturers said it couldn’t be done.

A small Hazelwood firm figured out how it could.

Ted Stegeman, chief executive of Labyrinth Technologies, heard about the downtown streetlight project through an acquaintance back in 2016. At the time, Stegeman ran a fabrication firm that did structural steel work for buildings and infrastructure projects.

Intrigued by the streetlight project, Stegeman talked with his son, John, then a robotics engineering student at Worcester Polytechnic Institute in Massachusetts, about the challenges it involved. To be able to change colors, each light would need a controller, or brain, connected to a network.

To John Stegeman, the problem wasn’t much different from communicating with the devices he built for high school robotics competitions or with the Mars Rover exhibit he designed for the St. Louis Science Center at age 16.

He designed the controller, essentially a small computer inside a metal box mounted on each light. Labyrinth makes the box as well as the rest of the light pole.

With that breakthrough, Labyrinth was able to go beyond the specifications set out by Downtown STL. The LEDs not only light both sidewalk and street, but can be set to make sidewalks brighter at certain times of night, such as when a Blues or Cardinals game ends.

Other smart-city devices can be connected to the lighting network in the future: digital message boards, weather sensors, surveillance cameras and even systems to guide self-driving vehicles.

For now, the colored strips are the lights’ notable feature. Recently they’ve been blue and gold for the Blues, but will change to purple, gold and green for Mardi Gras and red for Cardinals games.

Missy Kelley, chief executive of Downtown STL, believes the lights make downtown safer while creating a sense of fun and community. “Hopefully it signals to people that St. Louis has some momentum and that momentum is continuing,” she said.

So far, Labyrinth has installed 250 lights on and near Market Street. It expects to have 500 up by the end of February and cover downtown with 2,500 lights in about 18 months. Downtown STL is conducting a $4.5 million fundraising campaign to pay for the project.

After the installation is complete, Ted Stegeman is betting that other cities will want what St. Louis has. He has transitioned his old fabrication business into Labyrinth, which is concentrating on streetlights and 5G wireless infrastructure. (The two are complementary, by the way: The hope is that carriers will pay to upgrade cities’ streetlights so they’ll have a place for their 5G antennas.)

The company employs 40 people now, but that could increase if it wins contracts in other cities. Stegeman is talking to investors about how to finance Labyrinth’s growth.

Labyrinth will face competition, but it has 15 patents on the lights it designed for St. Louis, and Ted Stegeman doesn’t know of any other system with similar capabilities. “Big companies aren’t very nimble — they are very linear,” he says.

He and his son, now 23 and Labyrinth’s co-owner and chief technology officer, have proved that they are plenty nimble. If their vision is realized, the downtown lighting project will have created not only safer streets, but a new growth company as well.

Biggest shopping mall owner in St. Louis says it may be unable to stay in business

Nicklaus: Terrible job market will have long-term consequences for teens

'Kids got crushed' by the pandemic, one labor market expert says