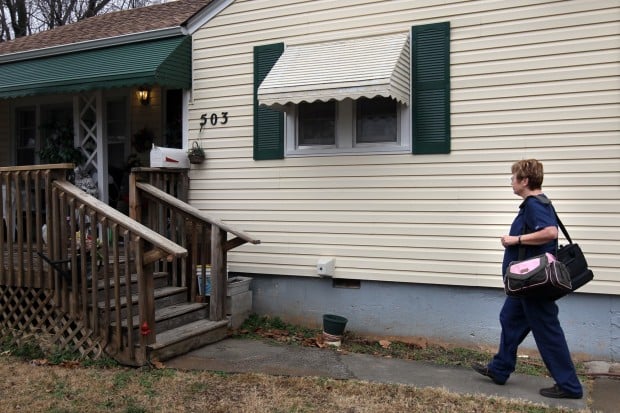 Dana Beamish, a nurse with Mercy Home Care, walks up to client Ernie Ruble's house in Springfield, Mo. during a home visit on Thursday, Jan. 11, 2013. Photo By David Carson, dcarson@post-dispatch.com 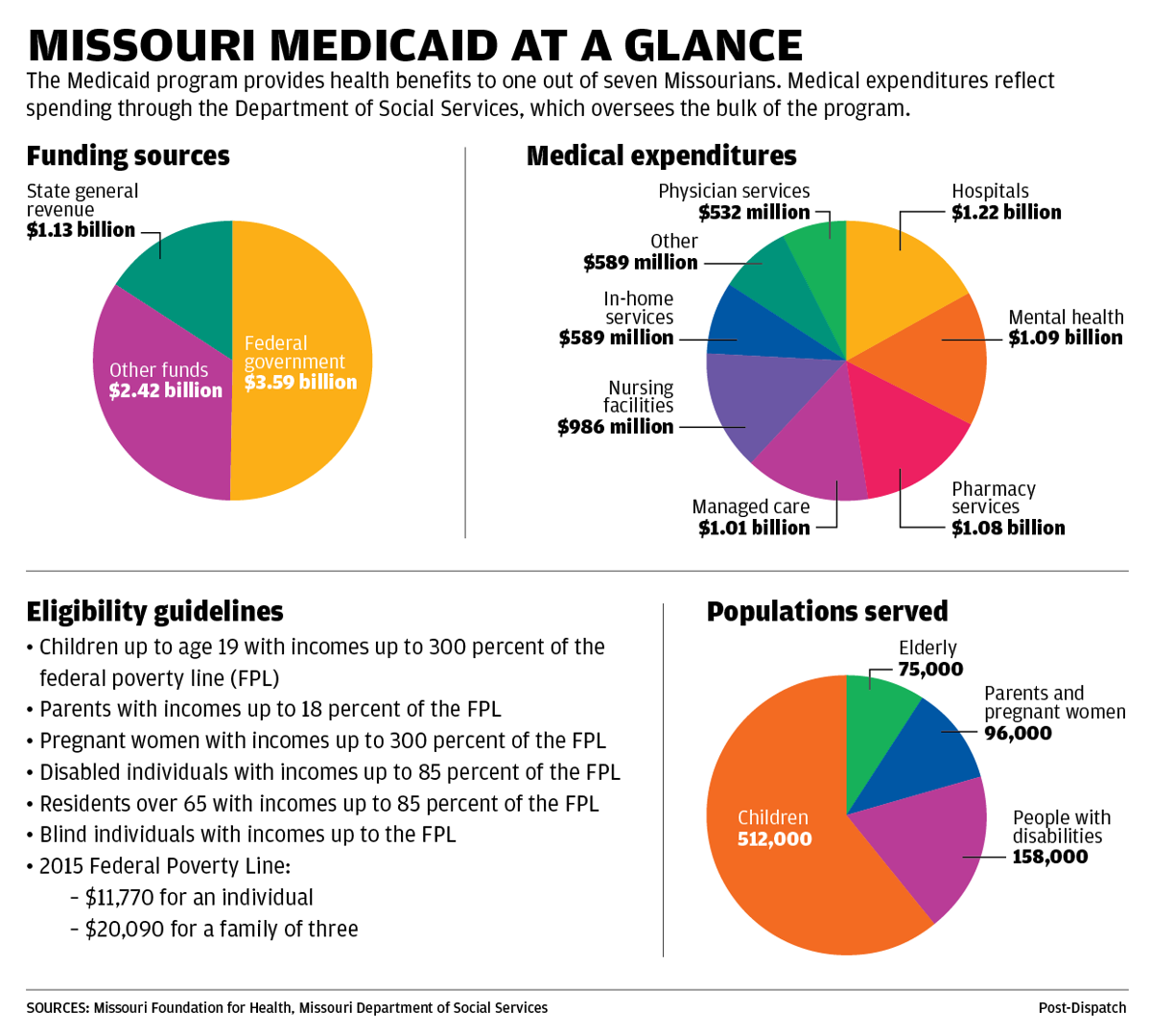 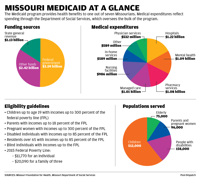 If you’re of modest means — a few thousand in the bank, a little home equity — don’t get it. You probably can’t afford it, and Medicaid will pick up the bill after you spend the little savings you have.

If you’re fairly rich — think $2 million or so — you don’t need it, say financial planners who serve such folk. Chances are you can pay for help without impoverishing yourself or your spouse.

If you’re in the middle, long-term care coverage is something to consider, financial planners and elder-care lawyers say, especially if you have a spouse or want to leave an inheritance for the kids. But it can cost thousands of dollars a year.

Seven in 10 of us will eventually need some help getting along, according to the U.S. government.

Families provide a lot of that for free. The real problem hits when the old person needs more than family can give. At-home help can strain a middle-class budget, and a nursing home can break it.

Genworth, a company that sells long-term care coverage, runs an annual price survey. In St. Louis, it says a semi-private room in a nursing home will run $60,000 per year (although most stays last less than three months). A one-bedroom assisted-living apartment will cost $44,000.

A home health aide will run about $20 or $21 an hour in St. Louis with a three-hour minimum, according to the American Association for Long-Term Care Insurance, an insurance industry group. Of course, you might find a neighbor who will work cheaper.

Mary Lou Woodward, an 83-year-old widow, has had a long-term care policy for years. She and her husband — he a former principal and she a teacher — took out coverage because they didn’t want to burden their four sons. “We bought it so that they’d know we were taken care of,” she said.

It didn’t help during her husband’s long illness, because he mainly remained at home, and she cared for him.

He went into a nursing home for a short period, but she didn’t collect on the policy. Most policies exclude coverage for the first 90 days in a nursing home. She paid $10,000 out of pocket.

But she thinks the $300 per month she spends for premiums may save her from poverty some day. “If I went into a senior residence, where the rent goes up every year, I’d run out of before I die,” said Woodward, who lives in the city’s Hampton Village area. The coverage helps pay the bill for assisted living apartments.

Medicaid pays for in-home and nursing home care. But Medicaid is for the poor. To get Medicaid, you have to spend your own money until you’re poor enough.

How poor is that? The rules are confusing and vary state to state. There are strategies and pitfalls involved in dealing with the system, says elder-care attorney Melissa Leavy, who practices in Clayton.

But here’s a much-simplified summary: If you are single and need in-home care in Missouri, you’re allowed to keep income of $834 per month. The rest of your income has to go for health care before Medicaid (called MO Healthnet in Missouri) will kick in a dime.

You can keep the house, one car, household goods, burial plots and a few other exceptions. But a single person can have no more than $1,000 in savings.

Of course, those money limits make it hard to keep warm and fed, let alone maintain a house.

The same financial rules hold when a single person has to go to a nursing home.

Things get complicated when the person needing help is married, and the spouse is staying at home. Boiled down, and ignoring some booby traps, at-home spouses get to keep half their savings within limits. They can keep at least $23,844; the max is $119,220, plus the house, a car and other exempt items.

Although you can keep the house while you’re alive, Medicaid may try to take it after you’re dead.

The rules in Illinois are a little different.

So, long-term care insurance is for middle-class people with substantial savings who would rather not die broke. They would also rather not have their spouses survive on what Medicaid lets them keep.

Insuring against such nastiness isn’t cheap. Prices for care insurance range wildly depending on the company and the coverage level, so it pays to shop around. Prices also rise with age.

A mid-range policy, offering $160,000 in immediate coverage, would cost a 60-year-old couple $2,239 this year if they sign up today. Wait until 65 and it jumps to $4,612 per year, according to the American Association for Long-Term Care Insurance.

Prices are going up, although the rise is uneven. Premiums for a 55-year-old man went up 14 percent this year, on average, but the price for a woman the same age stayed the same.

If you get coverage, there’s a good chance you’ll use it. The Department of Health and Human Services says about 70 percent people need help with daily living when they’re old.

Many don’t pay for it. Grannies move in with the kids. When my 100-year-old mother-in-law started slowing, her bachelor son moved in. It’s working out fine.

According to the government, 13 percent of us will land in “assisted living” apartments, where help comes with the rent.

One-third of us will spend time in nursing homes, but most won’t stay long. A 2007 study in California found that 76 percent of nursing home residents stay less than three months. (Remember that policies exclude the first 90 days.) Only one in 10 nursing-home patients stays more than a year.

Half the claims under long-term care policies are for in-home care, which keeps people out of nursing homes.

Should you get such coverage? “That’s a tough one,” says Michele Clark of Clark Hourly Financial Planning in Chesterfield.

“If you have $3 million in the bank and you’re spending $150,000 a year, traveling the world, then you’ve already spent your $3 million,” she says. So, you have to measure your savings against your lifestyle.

“I have a lot of bad news to deliver,” says Clark, whose clientele is largely upper middle class.

Coverage isn’t endless. Insurance policies have limits in dollars or years. Some people buy only part of the coverage they may need, planning to fill in the rest with savings.

“Suck it up, and buy a real long-term care policy,” she says.

McClellan: St. Louis has world-class medical facilities but no place for Tara

Kindred wants to move local woman to Iowa, where she has no friends or family.

Unable to care for herself, she is being sent to a facility in Iowa.

Dana Beamish, a nurse with Mercy Home Care, walks up to client Ernie Ruble's house in Springfield, Mo. during a home visit on Thursday, Jan. 11, 2013. Photo By David Carson, dcarson@post-dispatch.com