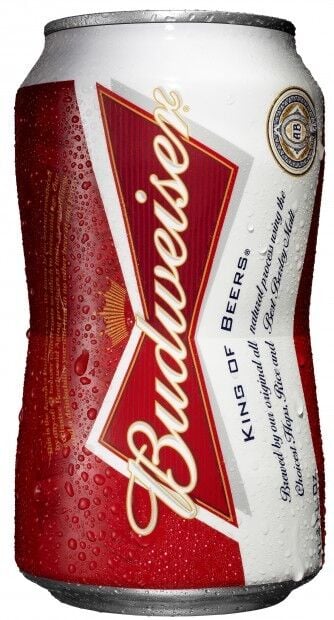 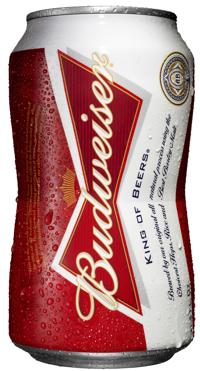 A-B plans to roll out new bowtie-shaped Budweisers May 6. The new packaging will complement, not replace, traditional 12-ounce cans. 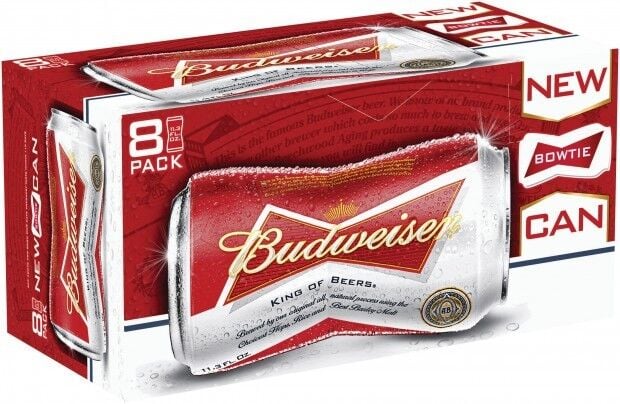 After several years in development, Budweiser set a date for its new bow tie-shaped cans to be available for sale: May 6.

The cans, which mimic the decades-old logo that frames the Budweiser name on packaging, will be offered as an alternative to traditional cans, not as a replacement, and will come in 8-packs rather than the standard 6-packs, the brewer said Monday.

St. Louis-based Anheuser-Busch, the North American headquarters for Belgium-based Anheuser-Busch InBev, has been working on the bow tie design since 2010. The can's unique design is intended, in part, to attract young adults who haven't yet tried a Budweiser.

“We know there are a large number of consumers out there looking for new things, the trend-seekers,” Anheuser-Busch's vice president of innovation Pat McGauley told the Post-Dispatch. “We expect both our core beer drinkers and new customers to try it.”

In 2011, the brewer launched the redesign of Budweiser cans and packaging that features the bowtie as a focal point on each can.

The new bow tie-shaped Budweisers launching next month hold 11.3 ounces of beer and contain 137 calories – 8.5 fewer calories than a 12-ounce can of Budweiser.

The bow tie symbol was first used by A-B in a national advertising campaign in 1956. According to company lore, the two triangles that make up the bowtie were added to emphasize the full Budweiser name instead of the “Bud” nickname, which was becoming popular at bars.

A-B is dialing up the marketing surrounding the new bow tie can, with new print, digital and TV ad spots, in addition to point-of-sale materials.

And, attendees at some of the stops on Busweiser's Made in America 30-city music tour this year will be able to check out the new design.

A-B said it made significant capital investments at its can-making facility in Newburgh, N.Y. to produce the can and at packaging lines at its Los Angeles and Williamsburg, Va., breweries for the rollout.

Each can has about twice the amount of aluminum as a standard can, giving the product a substantial feel, McGauley said. “We've done a lot of innovation in products and we've been lagging in packaging," he said. "We're consciously working to bring innovation to the packaging side.”

In addition to the bow tie-shaped can, A-B also is working on other packaging changes. Later this summer, the brewer plans to introduce new 25-ounce cans that would replace 24-ounce traditional cans in 10 states — California, Nevada, Hawaii, Arizona, Wyoming, Montana, Idaho, Oregon, Washington and Alaska.

Cans and bottles of Bud featuring red, white and blue stars on stripes will be sold later this month.

Budweiser signed on as the primary sponsor of Harvick's No. 4 Chevrolet for 20 races.

The crowd-sourced ad, "Bowtie Effect," will run just once, during Game 1.

A-B expands 'Made in America' music festival and tour

Budweiser's 'Made in America' 30-city tour will hold an event at the Pageant in St. Louis on June 25.

Brewer explores possibility of using horses as part of its global push to build sales.

A-B plans to roll out new bowtie-shaped Budweisers May 6. The new packaging will complement, not replace, traditional 12-ounce cans.