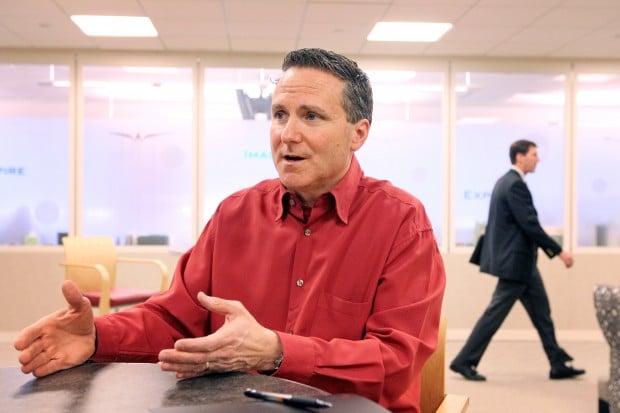 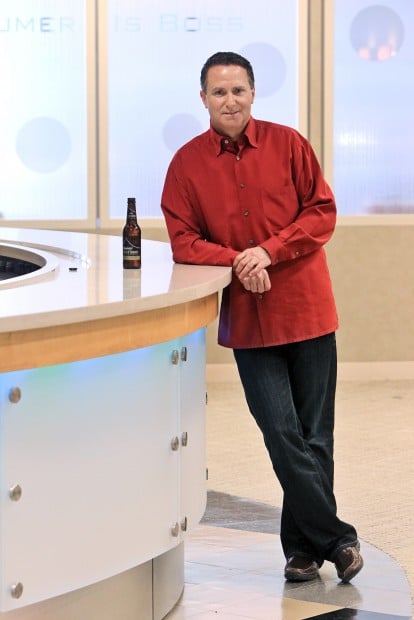 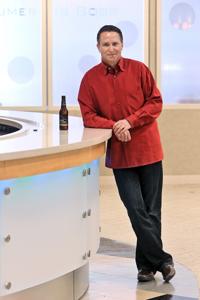 Pat McGauley spends a big portion of his day talking to people about beer.

The vice president of innovation and new products at Anheuser-Busch Inc. is tasked with understanding consumers’ changing tastes and developing new beers, products and packaging that stand out on crowded store shelves and bar taps.

McGauley, who has worked in sales, marketing and brand management at A-B for more than 25 years, said he finds the best inspiration comes from talking to customers at beer festivals and trade shows and chatting up bartenders about what’s selling.

But with the success comes increased pressure to continue to develop new products that resonate with beer drinkers. Belgium-based Anheuser-Busch InBev, the parent of St. Louis-based A-B, has put an increasing emphasis on new product development. “Innovations” accounted for 7 percent of the world’s largest brewer’s global volume last year, up from 6 percent in 2011, and executives say they want to continue to build a strong pipeline of new products.

McGauley, who was born in St. Louis, played professional soccer when he began working at an A-B wholesaler in Chicago in 1987. His father, Jack, retired from A-B and his brother, Tim, still works for the brewer. McGauley said he always knew he wanted to follow in his father’s footsteps and work for the company. He sat down with the Post-Dispatch recently to talk about the company’s innovation pipeline. Here is an edited transcript.

How has your job at A-B evolved?

In 2004, I was director of high-end brands, and innovation was under it, with about 30 different brands. About a year later, I took a book home over the Christmas holidays, “Innovation,” written by a Kellogg professor, Tom Kuczmarski. I came back to work saying, “We should be doing these things.” I met with Tom and he helped me formulate a structure, and we created an innovation-only team at A-B in 2005.

We have a team that works on all the new liquid products, packaging, our Draftmark Tap System and on graphics.

We did a lot in 2012, with Bud Light Platinum, Shock Top Lemon Shandy and Lime-A-Rita. The reason for that is, the need for variety is certainly out there. But also, the number of brands that consumers have in their set today is increasing. Someone may be drinking Bud Light, but on another occasion, such as at dinner or out at the pool, another type of product might be a fit that they’d prefer. So we want to make sure that we provide a portfolio that’s broad enough to satisfy those different occasions so that we have players that are available for those options in almost every occasion. We spend a lot of time determining how big that space can be because we’d rather operate in a bigger space than a smaller space.

We want to create an innovation factory and understand how do you make it replicable year after year. So much of that is understanding where the consumer is going. But it’s also how we can make it repeatable and make sure that we are providing top-line growth to the company year over year. To do what we did in 2012, I think, quite frankly, is hard to do every year. But I think we are following up with a very strong year in 2013 with the new Black Crown, Beck’s Sapphire and (Bud Light Lime) Straw-Ber-Rita.

Our goal is to understand what is the company looking for, what are those volumes that we need to continue to help drive the top-line growth and our job is to identify those white spaces, align them with key brands that we’re focusing on and look for opportunities that aren’t quite being filled.

Will that mean an increasing number of new products every year?

There will be ebbs and flows. We won’t do innovation for innovations’ sake because we have a number we have to hit. We know that we have to identify the opportunities, we have to make sure that we can develop relevant, viable products, whether it’s packaging or a liquid that fills that space, and look to see, can we deliver volume growth by that? We want to make sure that we keep looking for open spaces, that we keep doing things that are relevant.

We also need to make sure that we’re doing things within our core brands. After the 2008 merger (with InBev) they brought the term ‘renovating’ to us — subtle improvements to our mainstream brands. We put tactile texture on our NFL 12-packs of Bud Light this year so it feels like a football. It seems relatively small, but that little attention to detail is important to consumers.

We make mistakes all the time. We’ll go into a space where everybody is doing the same thing and we’re doing the same thing that everybody else is doing, and it doesn’t really cut through, it’s not new or differentiated. But with Bud Light Lime-A-Rita in 2012, it was fairly differentiated in how we delivered it, how we launched it and how we portrayed it to the consumer. And we won a lot of consumers who really liked that product. So we followed up with a new variant already, in year two.

What areas pose the biggest potential for A-B?

There’s kind of a dichotomy in the marketplace going on at the same time, for more flavor and for less flavor, which is unique. So we are making sure that we understand where we can provide more flavor, and where less, and maybe lower calorie, is important.

The other thing that’s in the middle is the sweeter palate. A lot of things you’ve seen us do address that need for a sweeter palate, and I don’t see that going away. That’s a macro trend that’s happening in the marketplace and you’ll see everybody else in that space as well.

Project 12, which had A-B brewmasters developing an extension of Budweiser, and consumers weighing in with their feedback, was the development process for Budweiser Black Crown. Will you repeat that process?

We want to. One of the things that we know is that we have to build better stories with the brands that we’re launching. Because consumers want to understand that texture and the story behind the story. Project 12 (the number represents A-B’s U.S. breweries) was started almost two years before we began brewing beers for that. We met with brewmasters and identified what their passion points were around beers within their geographies, then they collaborated and they brewed and we shared those beers with consumers. And if you look at the label of Black Crown, the story of that process is on there.

I think there’s a leading number of consumers that want to know the care that went into this new product. We didn’t just sit around the office and make a beer, and slap a label on it. Our job as we get better, we keep dialing that ability up, and I think we get better rewarded for it in the marketplace.

The macro trends — customization, localization, the need for more variety, well-being — we need to understand how might we address these or participate in consumers who are looking for brands that deliver on these.

Personal • Lives in Wildwood. Married to Barb, and has three daughters.

Bud Light Lime Cran-Brrr-Rita will launch as a winter seasonal, available in November and December.

Pat McGauley of Anheuser-Busch answers the question: where will A-B go forward with innovation?