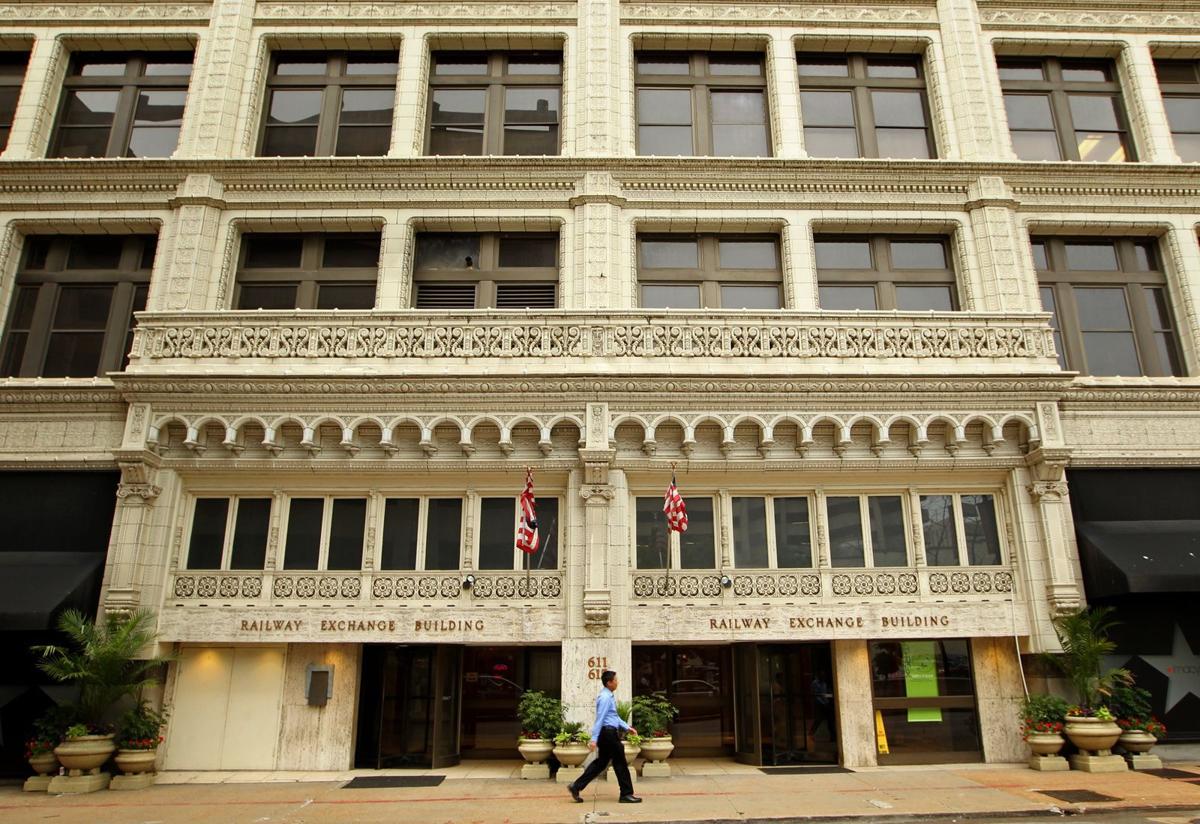 A pedestrian walks by the main entrance of the Railway Exchange building on Monday, May 20, 2013 where the offices of the former May Co. were located. Now operated by Macy's, the building has a new fate. Macy's announced Monday that it will close its downtown department store in August. Photo by Christian Gooden, cgooden@post-dispatch.com 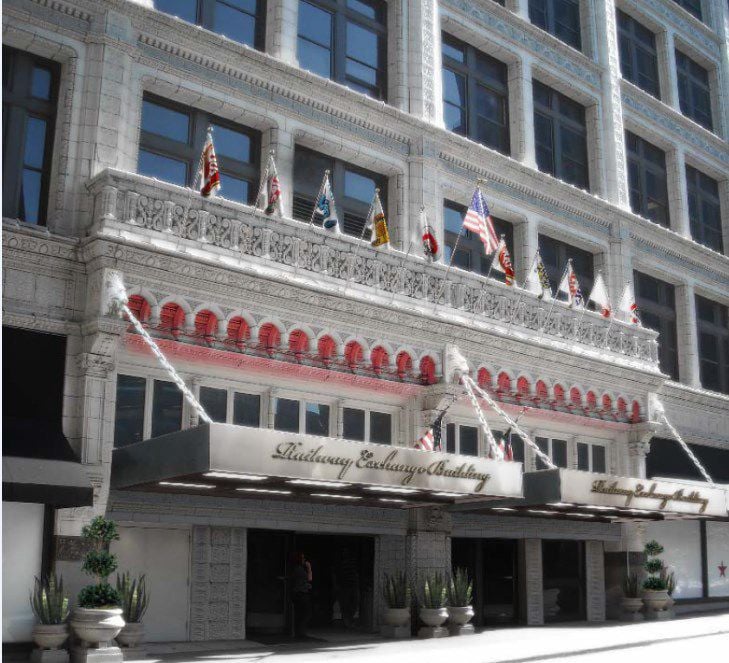 A national organized labor investment fund may help finance the redevelopment of one of the largest vacant structures in downtown St. Louis into more than 600 apartments and five floors of office space.

The effort to bring the 21-story Railway Exchange Building — former headquarters of May Department Stores — back to life took a step forward Tuesday after the city’s Industrial Development Authority granted preliminary approval to issue up to $160 million in bonds to finance the project. Those bonds will be privately placed with the AFL-CIO’s Housing Investment Trust, according to the IDA report.

Amos Harris, a local partner in the development effort, cautioned that the massive, $310.9 million redevelopment project is still “in a planning phase” and that “moving pieces,” such as the availability of state and federal historic tax credits, could ultimately derail it.

“I’d have to take off my shoes to count all the reasons it won’t work,” he said.

Harris, a principal with Spinnaker St. Louis who helped develop the MX District (Mercantile Exchange), the Laurel apartments and the National Blues Museum just to the north on Washington Avenue, is partnering with Florida-based Hudson Holdings on the project. Old Post Office developer Steve Stogel is also part of the effort.

They have already bought the 1.2 million-square-foot building, which takes up an entire city block, closing in February on the property at 615 Olive Street. As part of the purchase, the team also owns the adjacent parking lot and parking garage to the south. The garage, connected to the Railway Exchange with a skybridge, adds another whole city block to the project’s footprint.

Harris said the team was forced to accelerate its timeline due to the debate in Congress over the tax code overhaul, which could include slashing the federal historic tax credit and changes to federal low-income housing tax credits, both of which are part of the potential financing stack. That “sort of put our whole schedule in kind of a blender,” Harris said.

If the team can nail down its financing, Harris hopes to be “swinging hammers” by the end of the second quarter. Plans call for turning floors seven through 21 into 615 residential units, with 249 of them affordable and the remainder market rate. The first five floors would be “unique creative commercial space,” Harris said, and the sixth floor would be an arts space open to the community.

Harris mentioned a grant the city recently won to beautify Seventh Street, and Harris said reactivating the Railway Exchange block would help turn it into “a key connecting street” between America’s Center and Kiener Plaza, Busch Stadium and Ballpark Village.

The Railway Exchange, built in 1913, was originally home to the Famous-Barr Co., later May Department Stores, and the Wabash Railway. For decades, May operated its flagship Famous-Barr store on the lower levels of the building and had its headquarters above. When it was acquired in 2005 by the parent of Macy’s, that company continued to operate a department store in the downtown building until 2013.

But after a few years of vacancy, there’s a lot of demolition and cleanup to get the building into working order. In some of the office space, “it looks like they just got out of their desks and left,” Harris said.

The petition was filed last month by local consulting firms Development Strategies and Lafser & Associates and security firm Hudson Services for what they said were unpaid services worth collectively about $115,000. They weren’t secured, unlike Hudson’s lender on the building purchase and some contractors.

A pedestrian walks by the main entrance of the Railway Exchange building on Monday, May 20, 2013 where the offices of the former May Co. were located. Now operated by Macy's, the building has a new fate. Macy's announced Monday that it will close its downtown department store in August. Photo by Christian Gooden, cgooden@post-dispatch.com