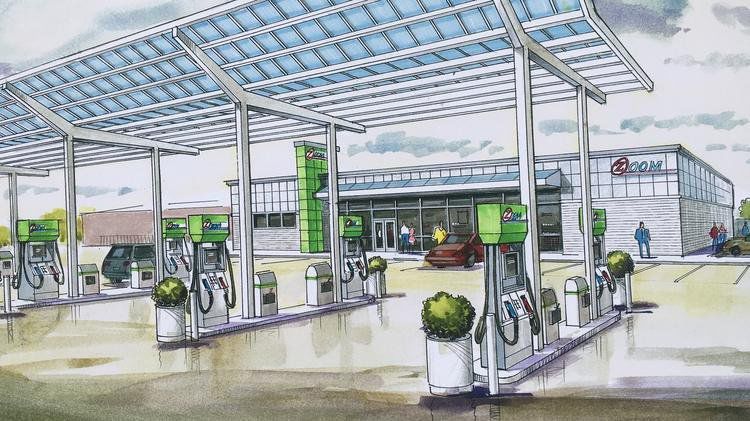 An artist's rendering of Zoom, a proposed gas station at O'Fallon Street and Tucker Boulevard. Image courtesy of Northside Regeneration 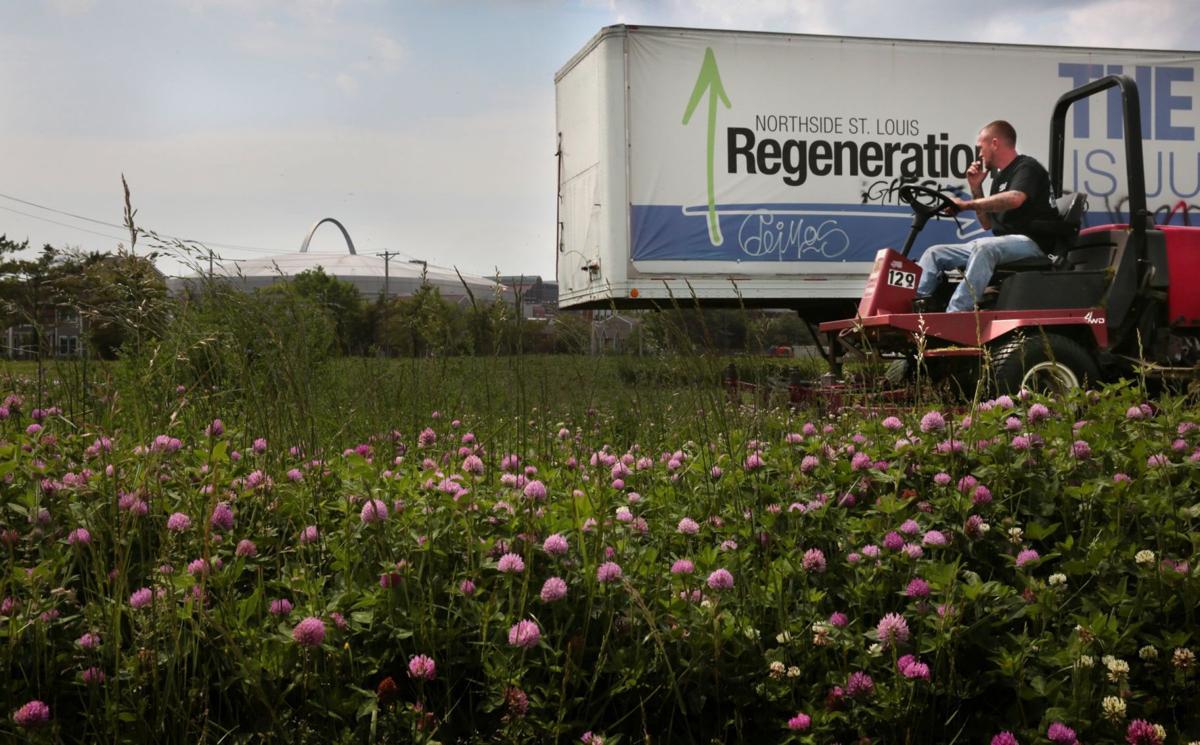 Tall grass is cut on Northside Regeneration developer Paul McKee's property where a Zoom gas station has been proposed to be built near a grocery store just south of the Stan Musial Veterans Memorial Bridge on Wednesday, May 10, 2017. The site is at the intersection of Cass Avenue and N. Tucker Boulevard. Photo by Robert Cohen, rcohen@post-dispatch.com

Two months after balking at the project’s costs, a St. Louis board approved an extra $2.5 million in federal tax credits for a gas station and grocery store north of downtown.

The allocation is the latest public assistance offered to help a company affiliated with developer Paul McKee break ground on the first significant private project within his 1,500-acre NorthSide Regeneration footprint.

The request generated some controversy in May after St. Louis Development Corp. board members questioned the $19.6 million cost to build a 20,000-square-foot grocery branded as GreenLeaf Community Marketplace and a 6,500-square-foot Zoom gas station near the corner of Tucker Boulevard and Cass Avenue. Already, the city has authorized up to $2.8 million in tax increment financing assistance from taxes generated within the NorthSide Regeneration area and $5 million in new markets tax credits.

McKee’s attorneys have said the additional tax credits were needed because the lender, Cedar Rapids Bank & Trust of Iowa, wanted an extra reserve fund before lending $10 million to the project.

The 5-1 SLDC vote Wednesday came after Mayor Lyda Krewson’s office waded into a deal that had previously been handled mostly by SLDC staff. Krewson’s deputy mayor for development, Linda Martínez, said she reached out to SLDC board members to discuss changes to the proposal.

“We wanted to move forward on development in NorthSide Regeneration,” Martínez said after the vote Wednesday morning.

After tabling the proposal in May, most SLDC commissioners appeared swayed by concessions made by St. Louis Grocery Group, the entity behind the project. The developers agreed to reduce their new markets request to $2.5 million from $3 million and cut their development fee by about $150,000. It had been “less than” $900,000 in the earlier proposal, SLDC Director Otis Williams said.

The tax credits would come from a $5 million allocation the city previously granted to support another McKee project: a medical campus and other development on the former Pruitt-Igoe public housing site, which sits across Cass from the future western headquarters of the National Geospatial-Intelligence Agency. The remaining $2.5 million in new markets credits from the hospital project would go back to the city to be allocated for other projects.

New markets credits are federal tax credits granted to cities and other entities to support projects in distressed neighborhoods. The SLDC board controls which local projects receive them.

“It’s not like this allocation comes out and will be held for years and years while they try to put together their financing,” Martínez said. “They agree that they must close on the new markets tax credit transaction by the end of the year.”

Some additional city real estate is also part of negotiations now. At the suggestion of Martínez, who is not on the SLDC board but attended the meeting, the SLDC board went into closed session Wednesday to discuss matters pertaining to real estate before voting on the new markets tax credits.

Martínez, who told the Post-Dispatch two weeks ago she was not familiar with the particulars of the St. Louis Grocery Group proposal, could be seen speaking to the SLDC board during the closed session. She and Williams confirmed that city real estate was involved in the negotiations.

The May SLDC meeting didn’t go into closed session, and no city real estate was mentioned.

The land where the grocery and gas station are proposed is already owned by McKee’s NorthSide Regeneration LLC and another company led by someone who has worked with McKee on the NorthSide plan. The proposal calls for selling the real estate to St. Louis Grocery Group for $3.4 million, which McKee attorney Darryl Piggee has said is the lien release price from McKee lender Bank of Washington.

Piggee, representing St. Louis Grocery Group, said after the meeting that “there are no changes in what has been proposed” other than the reductions in the development fee and the new markets allocation. He said he was unsure what real estate the SLDC board was referring to but was “confident” the board had a good reason for a closed session. His clients were happy “to get past this hurdle,” Piggee said. “People are very pleased the mayor’s office has taken leadership,” he said.

While questions about the cost of the project held up the additional credits in May, the roughly $19 million price tag hasn’t changed. But William Laskowsky, a McKee associate at his real estate company, said there was about $2.4 million in infrastructure work planned at the site. And some of the costs include inventory for the grocery store.

“There’s a large chunk of money that in a normal deal you wouldn’t count as a per square foot cost of a building,” Laskowsky said.

Still, SLDC board member Chris Goodson had reservations about the project and was the sole vote against granting additional credits to it.

“I also appreciate the mayor’s effort, and the mayor’s office and Linda (Martínez’s) effort to renegotiate this and make it a better project … but at this current time, I’m just concerned about one thing, most important, is that we set a precedent moving forward for other projects that come forward,” Goodson said.

Four fires in all, in the area being developed by Paul McKee.

After revoking permit for inactivity, the city reissued building permits to construct the complex on the site of the former Pruitt-Igoe complex.

St. Louis didn't get MLS, but McKee got more time and the chance to buy stadium site

An artist's rendering of Zoom, a proposed gas station at O'Fallon Street and Tucker Boulevard. Image courtesy of Northside Regeneration

Tall grass is cut on Northside Regeneration developer Paul McKee's property where a Zoom gas station has been proposed to be built near a grocery store just south of the Stan Musial Veterans Memorial Bridge on Wednesday, May 10, 2017. The site is at the intersection of Cass Avenue and N. Tucker Boulevard. Photo by Robert Cohen, rcohen@post-dispatch.com