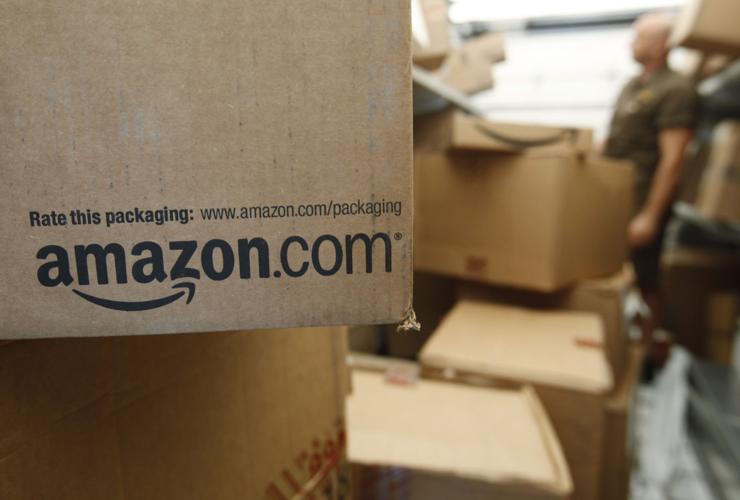 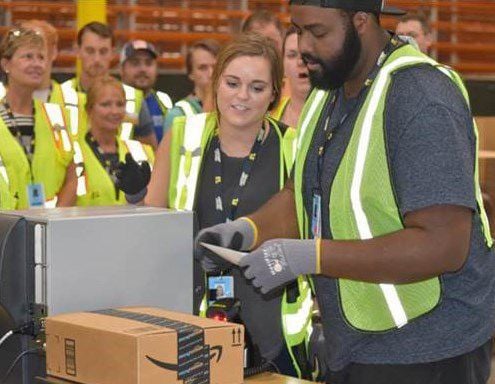 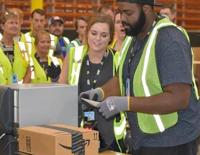 Online retail giant Amazon will begin collecting sales tax in Missouri next month, as it does in dozens of other states.

Items sold by Seattle-based Amazon.com and its subsidiaries already are subject to sales tax for merchandise shipped to more than 30 states. Amazon will also begin collecting sales tax on Feb. 1 in Mississippi, Rhode Island, South Dakota and Vermont, and in Wyoming in March.

Amazon does not yet have facilities in the state of Missouri, and online retailers aren’t required to collect sales tax where they don’t have a physical presence. Amazon charges sales tax in Illinois, where it has multiple distribution facilities, including in Edwardsville.

Amazon announced this month that it planned to hire 100,000 fulfillment employees nationwide over the next 18 months, leading to speculation that the company will open distribution facilities in Missouri. Amazon declined to comment on its distribution facility expansion plans.

“I gather they will be expanding in Missouri because there is a lot of warehouse space here,” said David Overfelt, president of the Missouri Retailers Association, a Jefferson City-based trade group that supports requiring online retailers to charge sales tax.

“This is going to be good for Missouri and good for our communities because we provide a lot of services and finding resources is getting tougher and tougher,” Overfelt said of Amazon’s collection of sales tax. “This is a long time coming. We can’t continue down the way we are without hurting Main Street businesses.”

In 2013, a new tax law in Missouri required online retailers to collect sales tax if the company received business referrals from an affiliate in Missouri. After the law was passed, Amazon ended its Associates Program in Missouri that paid advertising fees to web entrepreneurs for customers referred to Amazon.com

Stephen Weiss, owner and president of Creve Coeur Camera, said he welcomed Amazon’s announcement that it would begin charging sales tax. Shoppers often come to his eight stores to look at equipment but buy on Amazon because no sales tax is collected, making the purchase $50 or even more than $100 cheaper than buying at his stores, a practice retailers call “showrooming.”

“It makes a huge difference,” Weiss said about competing against Amazon’s prices that don’t include sales tax, which he said is an unfair disadvantage. “It kills us.”

Creve Coeur Camera, a St. Louis County-based chain, is closing its Edwardsville store at the end of this month and is considering shuttering another store in part due to lost sales that Weiss blames on Amazon. Up until four months ago, Creve Coeur Camera sold some lenses through Amazon, but Amazon recently went directly to the manufacturer to supply the lenses, Weiss said.

Adding sales tax to goods sold in Missouri will help level the playing field for retailers, he said. “I think it’ll help, no question.”

A Missouri Department of Revenue spokeswoman did not immediately respond to requests for comment about the amount of new tax revenue that will be generated.

Carl Davis, research director for the Washington, D.C.-based think tank Institute on Taxation and Economic Policy, estimated the state of Missouri could collect between $30 million and $34 million annually from Amazon sales, based on an analysis of revenue generated in other states.

Judith Stallmann, a professor at the University of Missouri who studies state and local public finance and rural and economic development, said the change may prompt cost-conscious shoppers to shift their buying habits.

“This means you’re going to be paying sales tax on things you didn’t before,” Stallmann said. “There may be some people for whom paying sales taxes could weigh on their decision.”

Distribution center under construction in Hazelwood; is it Amazon's?

Amazon said to be a potential tenant.