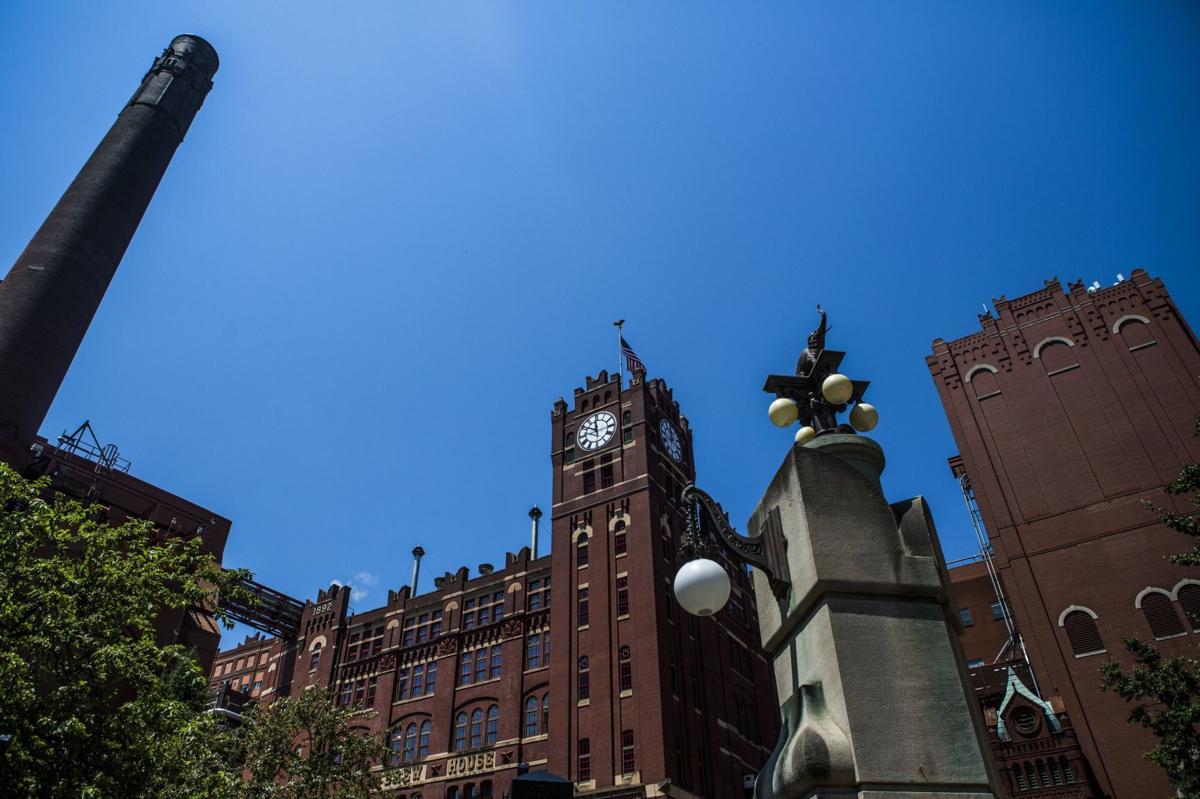 The historic Anheuser-Busch brewery clocktower is seen during a tour of the facility Thursday July 12, 2018 in St. Louis. Photo by Ryan Michalesko, rmichalesko@post-dispatch.com 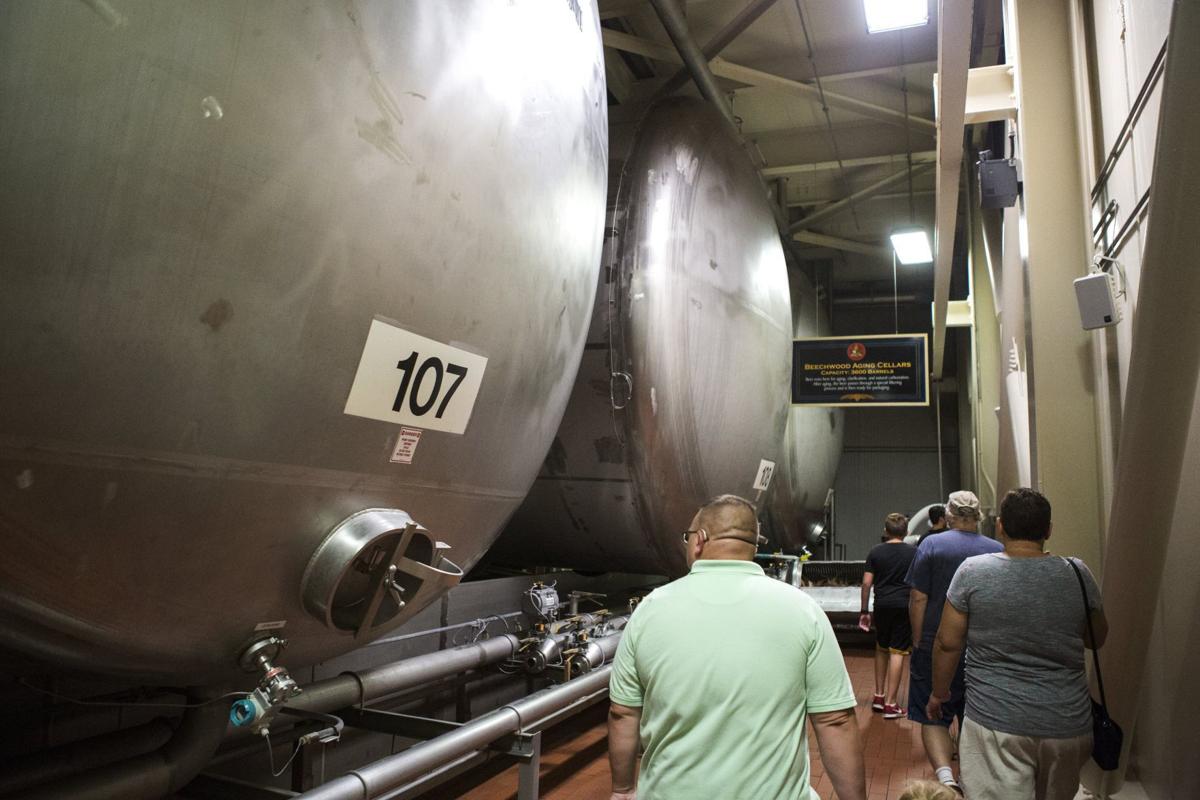 Visitors get a look at lager tanks in the Beechwood Aging Cellars during a tour of the Anheuser-Busch brewery July 12, 2018, in St. Louis. The cellars are kept at 50 degrees. 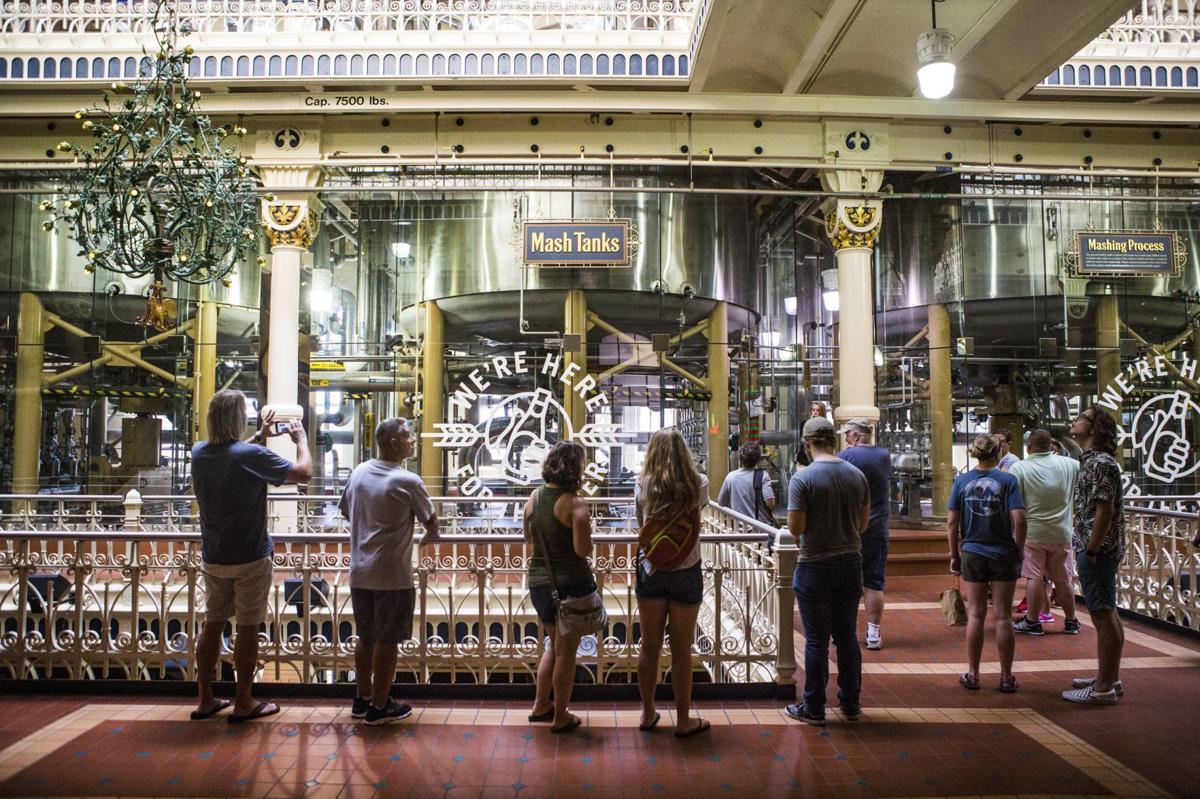 The Anheuser-Busch brewhouse is seen during a tour of the brewery Thursday July 12, 2018 in St. Louis. Photo by Ryan Michalesko, Post-Dispatch 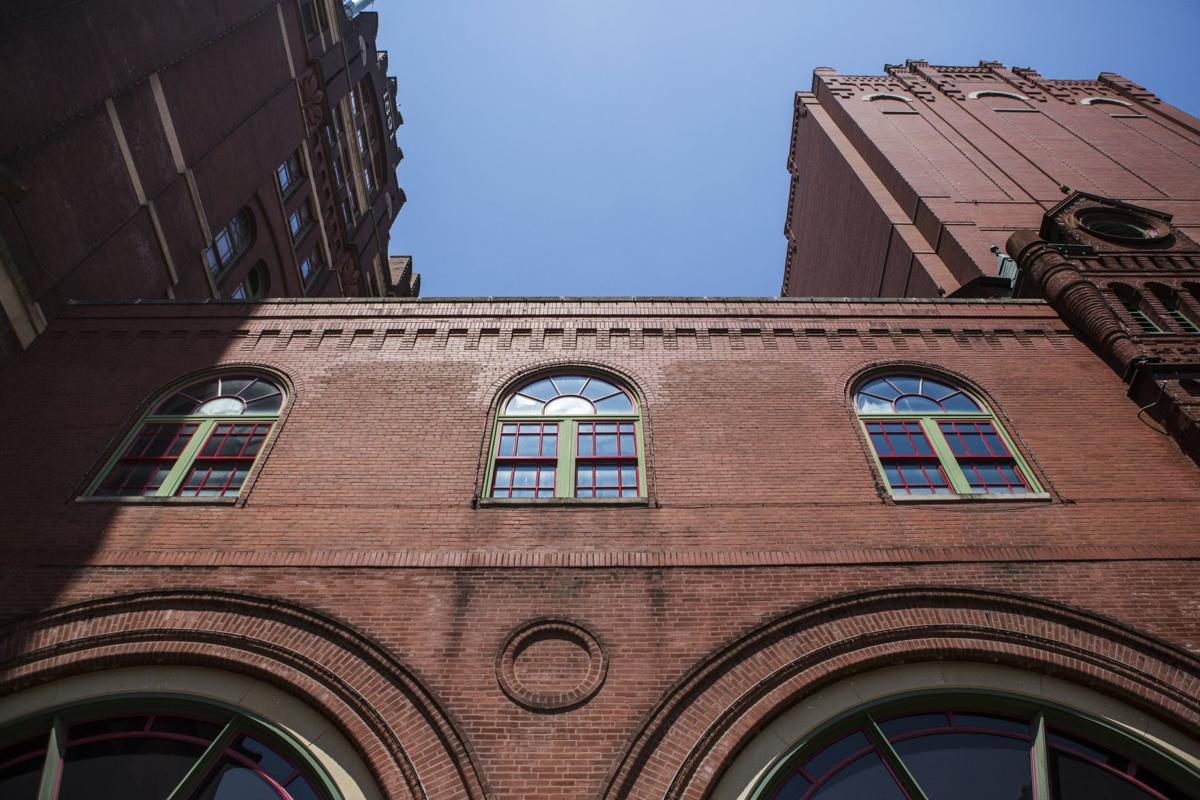 The exterior of the Anheuser-Busch brewhouse Thursday July 12, 2018 in St. Louis. Photo by Ryan Michalesko, rmichalesko@post-dispatch.com

Officials at Anheuser-Busch’s St. Louis brewery are seeking to persuade the head office to invest $75 million in the Soulard brewery so it can make new products and retain jobs.

The St. Louis Board of Aldermen is considering a bill to issue $75 million in bonds that would facilitate a personal property tax break on the new equipment, which brewery officials say will help it persuade corporate parent A-B InBev to put that new equipment in St. Louis.

“Our goal is to keep the St. Louis brewery competitive and also to retain the 700 manufacturing jobs, 600 of those are union jobs,” Lance Warren, an Anheuser-Busch director of business tax and incentives told an aldermanic committee last week. “Currently, we’re under pressure from other competitors: wine, spirits that type of thing, other products. What our response to that is, we’re coming out with new products, new packaging, new things to enter into the market to better compete.”

The bill, if approved, would grant five years of 75 percent personal property tax abatement on the new equipment. That represents a savings to the brewery of about $65,000, an amount that would be far outweighed by the continued payment of earnings taxes by brewery manufacturing employees, said Matt Bauer, a financial analyst with the city’s economic development arm, the St. Louis Development Corp.

Even then, it’s not guaranteed A-B InBev would ultimately make the investment in the brewery. Alderman Dan Guenther, who represents the area that includes the brewery and is sponsoring the bill, said that other A-B InBev breweries in states such as Ohio, New York, New Hampshire, New Jersey and Illinois do not even have personal property tax on manufacturing equipment to begin with.

“It’s not a guarantee that we will get it, but we are hoping that this will make it competitive, and being that the Anheuser-Busch St. Louis brewery has such a long legacy there, it will be the spot they want to invest in,” Guenther told the St. Louis Board of Aldermen’s Housing, Urban Development and Zoning committee last week.

Warren said the St. Louis brewery has advantages such as good water, a central location and cheap utilities. But its equipment is mainly used to produce large quantities of its flagship Budweiser and Bud Light beers rather than smaller-volume specialty products.

“The St. Louis brewery is built for major brands, so the equipment there is not made for some of these specialty items,” he said. “What we’re trying to do is attract capital dollars to St. Louis.”

Some aldermen asked about the layoffs A-B announced at the brewery last month. Guenther said his conversations with brewery representatives indicated that about only 15 people were affected as part of a “normal, annual” review of operations. The company would be ineligible for the property tax abatement if manufacturing jobs at the brewery fall below 675 people, he said.

The brewery employs about 3,300 workers as of this summer, down from about 5,200 in 2007, the year prior to Anheuser-Busch’s sale to InBev. Following the sale, St. Louis became the North American headquarters for the Belgian-based company.

Ted Powers, a regional government affairs director for Anheuser-Busch, told the committee the company is developing beverage products such as cider, and the St. Louis brewery already performs a lot of beverage research.

“We want to be able to attract those and not be too Bud and Bud Light-centric,” Powers said. “We don’t want to have it where we come up with it here and have to brew it in New Jersey.”

A-B will brew Stella Artois in U.S., including St. Louis

The Belgian beverage that was InBev's flagship beer will no longer be imported to the U.S.

A-B InBev has several thousand employees at its brewery south of downtown and an aluminium plant in Arnold.

A decade after Anheuser-Busch's sale, beer still pours from St. Louis brewery but much has changed

The historic Anheuser-Busch brewery clocktower is seen during a tour of the facility Thursday July 12, 2018 in St. Louis. Photo by Ryan Michalesko, rmichalesko@post-dispatch.com

Visitors get a look at lager tanks in the Beechwood Aging Cellars during a tour of the Anheuser-Busch brewery July 12, 2018, in St. Louis. The cellars are kept at 50 degrees.

The Anheuser-Busch brewhouse is seen during a tour of the brewery Thursday July 12, 2018 in St. Louis. Photo by Ryan Michalesko, Post-Dispatch

The exterior of the Anheuser-Busch brewhouse Thursday July 12, 2018 in St. Louis. Photo by Ryan Michalesko, rmichalesko@post-dispatch.com