Are dollar stores a response to poverty — or a cause?
0 comments
Share this
{{featured_button_text}}
1 of 3 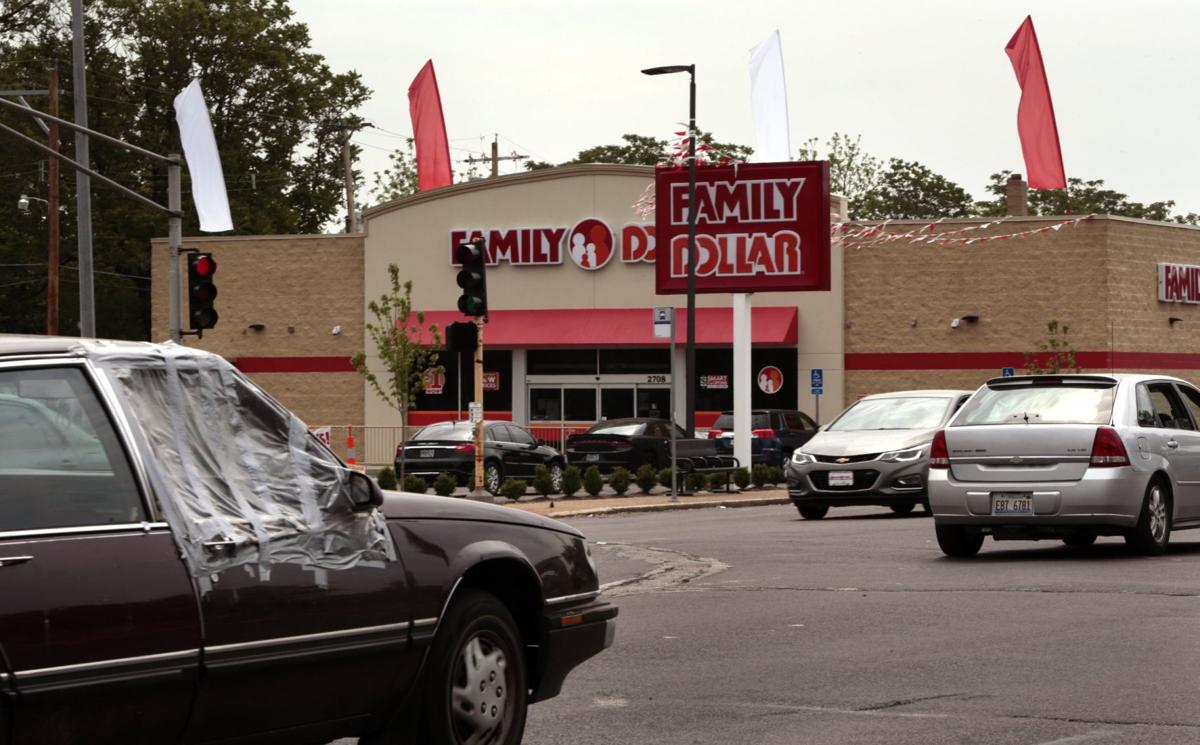 A new Family Dollar store is open for business at the intersection of North Florissant and St. Louis avenues on Wednesday, May 10, 2017 in the Old North neighborhood. Photo by Robert Cohen, rcohen@post-dispatch.com 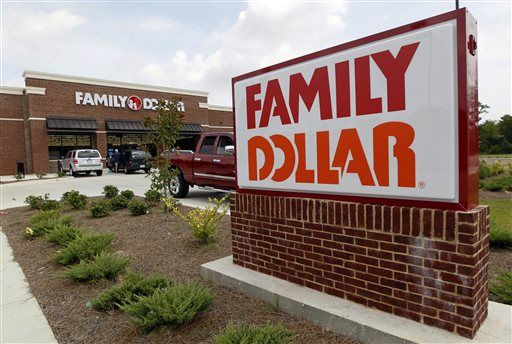 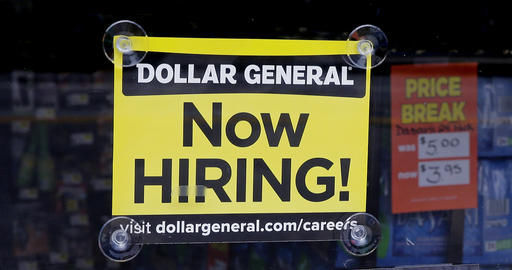 In this Wednesday, May 18, 2016, file photo, a "Now Hiring" sign hangs in the window of a Dollar General store in Methuen, Mass.   (AP Photo/Charles Krupa, File)

TULSA, Okla.  •  Vanessa Hall-Harper, a lifelong resident of this city’s poorest area, has viewed the opening of dollar stores in recent years with trepidation. The stores were a reminder of the blight, she said, and they blocked grocers and others from opening. So when she was elected to the City Council, she fought back, ushering in restrictions on new stores.

“The community said, ‘We don’t want any more dollar stores,’” she said. “We need grocery stores, clothing, shoes — things that you need to live.”

Tulsa is one of several cities grappling with uncomfortable questions from the rise of dollar stores in urban America. These stores have gained attention as success stories in the country’s most economically distressed places — largely rural counties with few retail options. Two main chains, Dollar General and Dollar Tree (which owns Family Dollar), operate more than 30,000 stores nationally and plan to open thousands more, vastly outnumbering Walmarts and other retailers.

In cities, dollar stores trade in economic despair, with many residents saying they are a vital source of cheap staples. But as the stores cluster in low-income neighborhoods, their critics worry they are not just a response to poverty — but a cause. Residents fear the stores deter other business, especially in neighborhoods without grocers or options for healthy food. Dollar stores rarely sell fresh produce or meats, but they undercut grocery stores on prices of everyday items, often pushing them out of business.

In Tulsa and elsewhere, the questions are whether dollar stores are the last retail option for low-income America — and whether restrictions like Hall-Harper’s can make a difference.

The companies say their target customers depend on them for items as basic as toilet paper, especially in areas where no other retailers will venture.

“The Dollar General customer is in a permanent recession, and we want to help them,” its former chief executive Cal Turner Jr. said last year on Fox Business.

More than a century ago, a stretch of North Tulsa was dubbed “Black Wall Street” for its booming black-owned businesses. Much of that prosperity was wiped out during one of the worst episodes of racial violence in American history. In May 1921, a white mob set fire to hundreds of businesses and homes, killing as many as 300 people and scorching 40 blocks.

Many residents say the divide created by that massacre continues to this day. Development has largely shifted southward, including the wealthiest neighborhoods and ritziest shopping districts.

With fewer options for fresh food and health care, people in a North Tulsa ZIP code have an average life expectancy of 11 years less than those in South Tulsa, according to a 2015 city report.

Hall-Harper has made North Tulsa’s lack of fresh food a priority. She was elected in 2016 in District 1 — where she grew up and lives with her police officer husband and teenage daughter.

Hall-Harper said she’s not against the dollar store altogether. But their unstoppable rise, she said, keeps grocers from opening. Supermarkets in the area have consistently failed, and there are few smaller bodegas or markets.

Tulsa’s nine council districts average six dollar stores apiece. But in District 1, where there are nine, residents are at a double disadvantage. “Other communities have access to quality grocery stores,” Hall-Harper said. “Mine is the only one that does not.”

Hall-Harper said the disparity is also racial. According to a citywide 2018 Gallup poll, nearly three times the percentage of black residents — 46 percent — say they have trouble finding stores that sell fresh food, compared with whites and Hispanics.

In 2017, Hall-Harper advocated for a six-month moratorium on new dollar stores in parts of District 1, which the council approved. In April, she led the call to restrict the stores, which also passed. Any new store within certain areas of District 1 can’t be within a mile of an existing one.

But even among those who see a need for more fresh food, not everyone agrees that targeting dollar stores is the right tactic.

Jack Henderson, who represented District 1 on the council before Hall-Harper, said dollar stores are crucial. The last Dollar General to open is across the street from a senior citizens home. That store, Henderson said, is a lifeline to residents. The restrictions mean that other businesses “would think, ‘hey, if they don’t want them, they probably don’t want us either,” he said.

Henderson worries that District 1 will take on the reputation of being hostile to new business. The city’s newspaper, the Tulsa World, argued the same in an editorial, saying: “The moratorium suggests the council thinks it’s appropriate for city government to pick winners and losers in the economy. It isn’t.”

Most Dollar Generals don’t sell produce. But in response to rising criticism it added fruit and vegetables to the store across from the senior home - grapes, apples, avocados, potatoes sandwiched between bags of fried pork skins and cases of Michelob Ultra.

Dollar stores are a staple in rural America. While Walmarts and other supercenters attract shoppers from miles beyond a small town, Dollar stores fill the gaps in between.

Dollar Tree bought Family Dollar in 2015. Together, the chains operate more than 15,100 stores across the United States and Canada. It plans to hit 26,000 stores.

In the past year, Dollar General’s stock price is up 22 percent. Dollar Tree’s slumped 7 percent.

Some argue the dollar stores aren’t a response to chronic poverty, but an instigator. In December, the Institute for Local Self-Reliance published a report arguing that dollar stores target poor urban neighborhoods. “It creates an overall sense of the neighborhood being run-down,” said Stacy Mitchell, the institute’s co-director. “It’s a recipe for locking in poverty rather than alleviating it.”

Others cities are grappling with dollar stores, too. Mesquite, Texas, a Dallas suburb, approved changes to its zoning code last year that will limit the number of dollar stores. The guidelines prevent them from opening within 5,000 feet of each other. And stores must dedicate 10 percent of floor space to fresh food.

In New Orleans, the city commissioned a study last year to assess the impact of dollar stores.

On a recent afternoon, Jacqueline Wilson loaded honey graham crackers into her cart at a Family Dollar in North Tulsa. The nearest Walmart is a 15-mile drive. There was more dog and cat food for sale at the Family Dollar than produce. “There’s nothing here,” she said. “It’s just like a desert.”

Wilson had a question: “Why is it taking a grant to get us a grocery store?”

Last March, the Tulsa Economic Development Corporation, a nonprofit lender, received a $1.5 million federal grant to build a grocery store in North Tulsa. The 15,000-square-foot store will go up across from another development: a shopping center of locally owned and managed businesses, including a smoothie cafe and a UPS store.

Darrell Knox opened his restaurant, Sweet Lisa’s, in the center four years ago, and served up fried catfish and gumbo at another location in North Tulsa before that. He supports the restrictions on dollar stores and believes a grocer nearby would bring jobs.

For years, Knox bought the food for his restaurant at a supermarket across the street. That store, Gateway Market, was also funded by a development grant. Gateway closed in 2014. The 60,000-square-foot store sits abandoned, with tiles falling from the ceiling and overturned boxes left inside. A large sign that once spelled “Food” above the entrance is gone, leaving the outline of what once was.

Now, Knox takes his business to a Sam’s Club 16 miles away. But if a grocery store were to open in District 1, he said he could spend his money locally. “Sometimes people want to take a ’wait and see’ approach,” Knox said. “If you build it, they will come.”

Kojo and Onikah Asamoa-Caesar bought a home in District 1 to join that revitalization. They support restrictions on dollar stores, and they try to spend in the neighborhood. Onikah orders her groceries online now. “It’s convenient for me, but it does not show the power of the dollar in the community,” Onikah said. “My money is going elsewhere.”

Finding a grocer hasn’t been simple. The Tulsa Economic Development Corporation had an agreement with one company focused on combating food deserts, but those plans fell through. That left Rose Washington, the group’s executive director, to find a local group that could sell fresh, affordable groceries. Residents worried that if the food was priced too high, shoppers would just turn back to the dollar stores.

This month, a deal was reached with ECO Farms, a local company that focuses on indoor vertical farming to solve food deserts. Two company executives, Jim Bloom and Adam James, said that while this is their first try at a grocery store, they’re intent on making healthy food a reality in District 1 - not a luxury.

“We’re attending to this as a human right, not a geographic privilege,” James said.

But grocery stores have struggled here before.

Wilson said she’s considering moving to South Tulsa to be closer to a local supermarket chain and Walmart. Rent for a one-bedroom apartment there is nearly what she pays for a house in North Tulsa. But she’s tired of having to drive across town for basics.

“We’ll just have to keep living on potato chips and doughnuts and pop,” she said. “That’s all we are offered on this side of town.”

A new Family Dollar store is open for business at the intersection of North Florissant and St. Louis avenues on Wednesday, May 10, 2017 in the Old North neighborhood. Photo by Robert Cohen, rcohen@post-dispatch.com

In this Wednesday, May 18, 2016, file photo, a "Now Hiring" sign hangs in the window of a Dollar General store in Methuen, Mass.   (AP Photo/Charles Krupa, File)