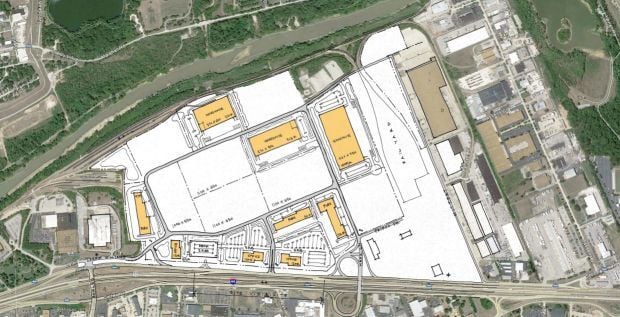 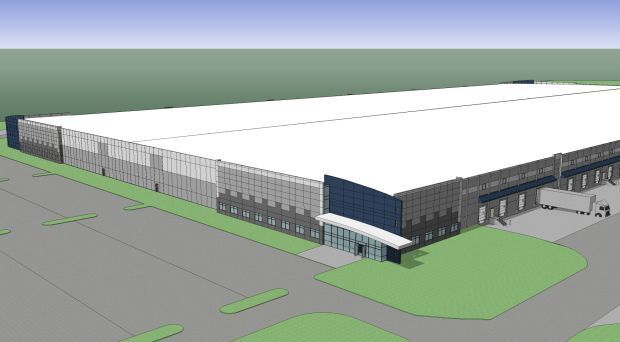 “Last year was good and 2014 looks fantastic,” said Patrick Reilly, a senior director and principal at Gateway Commercial, in Clayton.

Demand for warehouse and industrial space flagged during the recession. Almost no such space has been built in the St. Louis area since 2008. But vacancy rates began falling early last year and will decline more this year, real estate experts say. Lease rates are edging up even as additional space is brought to market.

A result is that from the Gateway Commerce Center, near Edwardsville, to the former Chrysler site in Fenton and the St. Louis riverfront, developers are looking to take advantage of the improving economy.

Constructing a warehouse on spec — that is, with no tenant lined up — shows confidence in the market, experts said.

Only about 200,000 square feet of space remains available at the 2,300-acre industrial park, said Towerman, adding that talks with property brokers and potential tenants show more construction is needed.

“It’s also related to competitive lease rates, where they are sufficient to justify the cost of new construction,” he said.

As people buy more things online, retailers add distribution centers to fill orders quickly. For example, Amazon is salting the country with mammoth “fulfillment centers” to provide customers same-day delivery. (Real estate brokers say a second spec warehouse might be in the works at Gateway Commerce but added they were unaware that Amazon was considering a facility in the St. Louis area.)

Regardless, all signs point to a more robust industrial real estate market in the region.

Since hitting bottom in 2010, the area’s industrial market has had six consecutive quarters of growth, said Matthew Eastin, an associate at Cassidy Turley, in Clayton. Nearly 14 percent of the area’s industrial space was empty at the end of 2010. Three years later, the vacancy rate was 8 percent.

That rate might tick down an additional half percentage point this year, said Eastin, adding that absorption of bulk modern space is providing much of the improvement. He predicted that more spec warehouse construction will take place this year.

“In my opinion, we’re beyond ready to see spec construction,” he said. “Now is the time to get going.”

Forty miles southwest of Gateway Commerce, along Interstate 44 in Fenton, KP Development has big plans for the site where Chrysler used to build cars and trucks.

KP Development of Clayton has an option to buy the nearly 300-acre site the company calls the Fenton Logistics Park. Scott Haley, KP’s senior vice president, said the site is suitable for light manufacturing, distribution centers and even office space.

“We’ve had a lot of strong conversations with many types of users for that facility,” he said.

KP’s president, Terry Barnes, said the company hopes to buy the site this year and have the Fenton Logistics Park “up and running” in 2015.

“What we’re seeing here in St. Louis and in other parts of the country is some pent-up demand from industrial-type tenants that were holding off but are now looking to expand or grow,” he said.

Before KP can put in new streets, other infrastructure and construct new buildings, it must first remove floor slabs from the demolished factory buildings Chrysler closed in 2009.

In 2009, Green Street Properties of Clayton renovated a 1920s streetcar garage for a truck tire company expanding from Evansville, Ind., and Goedecke Co., a construction services firm that moved to the site near Interstate 70 and North Broadway from midtown St. Louis.

In December, a Love’s Travel Stops store opened at I-70 and North Broadway as part of Green Street’s years-long effort to redevelop the area. Phil Hulse, Green Street’s managing principal, said the all-night truck stop is key to attracting more warehouse operators to the area.

Construction will begin soon on three build-to-suit structures near Love’s, Hulse said. One will replace a vacant trash-transfer facility within the area Green Street is reviving with the help of various tax incentives.

Another Green Street project is at the former Carondelet Coke site at the city’s southern tip. The 54-acre tract, renamed River City Business Park, will get at least one new building this year, Hulse said.

Construction of that 120,000-square-foot multi-tenant building will get under way in mid-year, he said. He added that work on a 200,000-square-foot-building at the site also could begin this year. Green Street hopes to develop as much as 700,000 square feet of new space at the site.

Gateway Commercial’s Reilly says the Metro East, St. Charles County and St. Louis County will be the area’s top submarkets this year. Elsewhere in the area, north St. Louis County, including Earth City, will be among the region’s stronger growth areas, experts said. They added that all parts of the region will benefit from the improved economy.

Reilly said that in just the past few weeks, lease deals were reached for 1.2 million square feet of industrial space.

“It’s been a long slog through the recession years,” he said. “But now deals are getting done. We’re hearing it. We’re seeing it. It’s decidedly a forward market.”

Spec building has been rare in the St. Louis area.

Developer has former Chrysler site in Fenton under contract