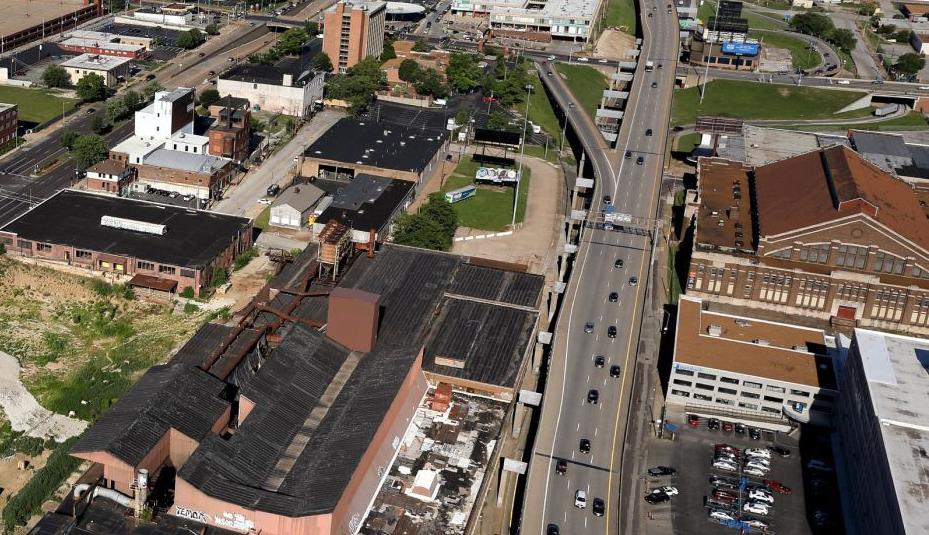 The Armory property, long targeted for redevelopment by Green Street St. Louis, is the large brown structure to the right of Interstate 64 (Highway 40) as seen on Tuesday, June 5, 2018. Photo by David Carson, dcarson@post-dispatch.com 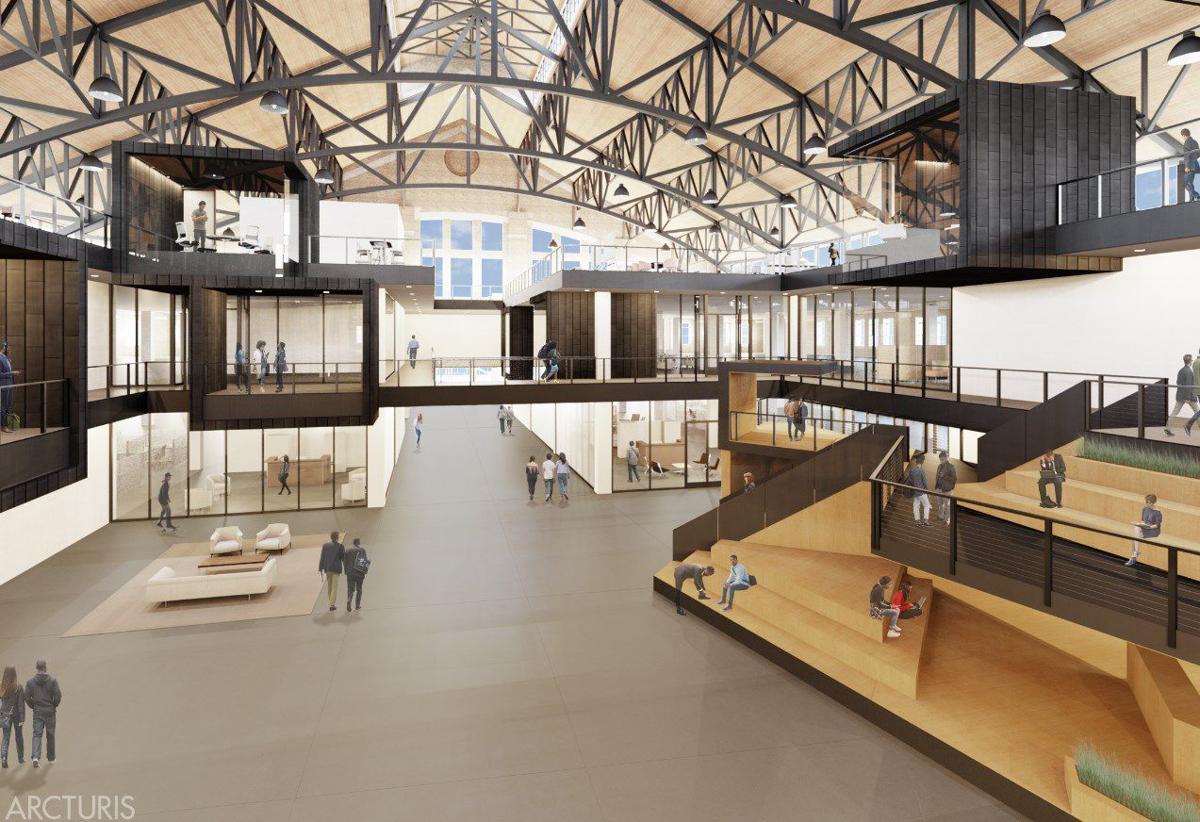 The atrium in the old Missouri National Guard Armory, which Green Street St. Louis hopes to remodel into offices. (Rendering by Arcturis).

ST. LOUIS — The historic Armory along Interstate 64 in midtown is now slated to become home to a new entertainment venue that pairs pickleball, pingpong, cornhole and other backyard games with drinks and food, developer Green Street St. Louis announced Thursday.

The venue, to be called Rec Hall, is slated to open in the 1930s-era Armory built for the Missouri National Guard by the New Deal’s Public Works Administration. Rec Hall, formerly known as RECESS, operated a pop-up venue late last year in a Forest Park Southeast warehouse that Green Street is demolishing for another apartment project it is developing in that neighborhood.

“The visual aesthetics and history of the Armory, its central location near St. Louis University and the new City Foundry STL development, along with the size and variety of activities provided, we believe, allows this venue to become a central gathering point for a wide demographic of people,” Luke Wade, a partner in Rec Hall, said in a statement.

Initial plans call for 80,000 square feet in the massive Armory building for the business, which is expected to open in the summer.

“We are thrilled to honor the Armory’s past as an entertainment venue with the addition of Rec Hall,” said Kevin Morrell, a Green Street principal.

The plans are significantly scaled down from an $83 million rehab plan in 2016 that envisioned turning the structure into office and commercial space. The city passed a tax increment financing package that could have been worth up to $8 million and consented to St. Louis University’s midtown redevelopment corporation giving the project 15 years of property tax abatement based on those plans.

Though the exterior is cleaned up, interior rehab has been slow going. Historic tax credits the developer was hoping to use for the project fell through. It had to deal with a lawsuit from an investor over the summer, which it settled in October. And it recently sold a 52% stake in the Armory to a Minnesota developer.

“The Armory has gone through … many versions to find the right concept,” Morrell told the SLU redevelopment board on Thursday. “Regardless, we feel like we’ve gotten to the right spot with the building and what we can do with it and really integrate it into the overall community.”

He said the new iteration of the project calls for an additional $9 million investment to outfit it for Rec Hall, including adding a bar and restaurant in the space. Green Street has already spent about $15 million to clean up and secure the exterior of the building, helped in part by a $730,000 low-interest loan from a city-operated Brownfields fund.

Eventually, Green Street hopes to rehab the entirety of the 250,000-square-foot Armory, adding a rooftop bar and basement space for seasonal events.

At the board meeting, Steve Smith, the developer behind the City Foundry complex just to the north of Interstate 64, asked about the bridge that was originally planned to connect the Armory to his development and the larger Brickline Greenway planners hope to build through the city.

But Morrell said, in response, that the bridge would not be in this phase of construction.

“It’s unfortunate because the bridge itself will provide so much exposure to the whole project, the whole Brickline concept, let alone the functionality it’s going to create,” Morrell responded. “We are going to reach out and come up with a strategic plan to find out a way to underwrite this piece of it sooner rather than later.”

The settlement with Lazlo MM Investments, LLC and James K. Moyle comes days after Green Street sold a majority stake of the Armory to Minnesota developer.

A Minnesota developer has bought into the historic property, one of the last missing teeth of the region's Central Corridor redevelopment.

It's a marquee project for the central corridor that the city's redevelopment office has a financial stake in via a $730,000 loan to the developer in 2018.

Green Street Properties would build a hotel on the parking garage to connect the land with the elevated Grand Boulevard bridge near SLU.

The building is next to Interstate 64 in Midtown

The mixed-use project is at a former midtown St. Louis factory site.

The Armory property, long targeted for redevelopment by Green Street St. Louis, is the large brown structure to the right of Interstate 64 (Highway 40) as seen on Tuesday, June 5, 2018. Photo by David Carson, dcarson@post-dispatch.com

The atrium in the old Missouri National Guard Armory, which Green Street St. Louis hopes to remodel into offices. (Rendering by Arcturis).