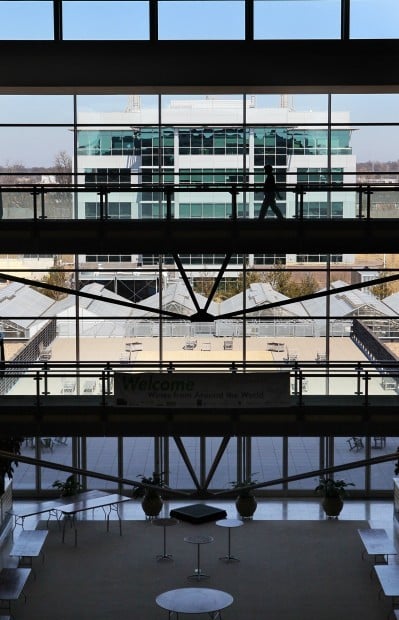 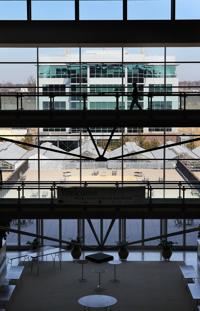 The Bio-Research & Development Growth (BRDG) Park at the Donald Danforth Plant Science Center, seen through the lobby of the center on March 4, 2010, was developed to support the needs of science companies. Photo by Dawn Majors,majors@post-dispatch.com 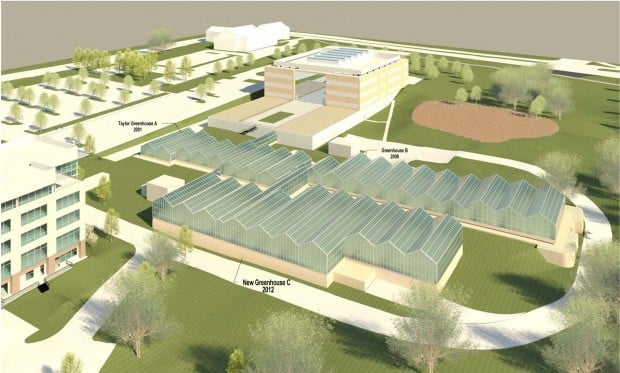 For the past seven years, scientists at the Donald Danforth Plant Science Center have been developing a cassava genetically engineered to contain nutrients or resist disease.

Roughly 250 million people in sub-Saharan Africa rely on the root crop for survival. But cassava, which is something akin to a yam, lacks essential nutrients, including pro-vitamin A, iron and protein. Those who depend on it often suffer from chronic malnutrition, leading to blindness, illness and as many as 500,000 deaths among children each year.

"Our end goal is ensuring that consumers of cassava in Africa will receive the key amounts of minerals and nutrients," said Martin Fregene, who is leading the effort.

The Gates Foundation has supported four projects to develop genetically engineered crops in African countries, incluing a banana that supplies more pro-vitamin A in Uganda and sorghum with more easily digestible proteins in Kenya. The foundation has also supported efforts, via the Danforth Center, to develop a virus-resistant cassava in Uganda.

The project receiving this latest infusion of cash, known as BioCassava Plus, focuses on nutrient-enhanced cassava in Nigeria and Kenya.

The funds, according to Fregene, will allow the BioCassava project to take the next critical step. Field trials in both countries have demonstrated that the nutrient-dense cassava can be grown effectively.

"Prior field trials were just to demonstrate we can do this in cassava," Fregene said. "Now we've moved on to safety trials to make sure the traits are stable."

The Danforth Center is working with research partners based in both countries.

The ultimate goal is to get the improved cassava into the hands of farmers without any royalty fees, meaning they can save and share their planting materials. Fregene says that could happen in as little as four or five years.

According to the Danforth Center, the total funding from the Gates Foundation now tops $20 million.

When the cassava is distributed, it would be the center's first major contribution in a developing country.

Construction of an $8.2 million greenhouse at the Donald Danforth Plant Science Center could begin this spring as a result of a state board's …

Construction of an $8.2 million greenhouse at the Donald Danforth Plant Science Center could start in spring.

The hefty grant from the Danforth Foundation will be among last handed out by the group.

The Bio-Research & Development Growth (BRDG) Park at the Donald Danforth Plant Science Center, seen through the lobby of the center on March 4, 2010, was developed to support the needs of science companies. Photo by Dawn Majors,majors@post-dispatch.com