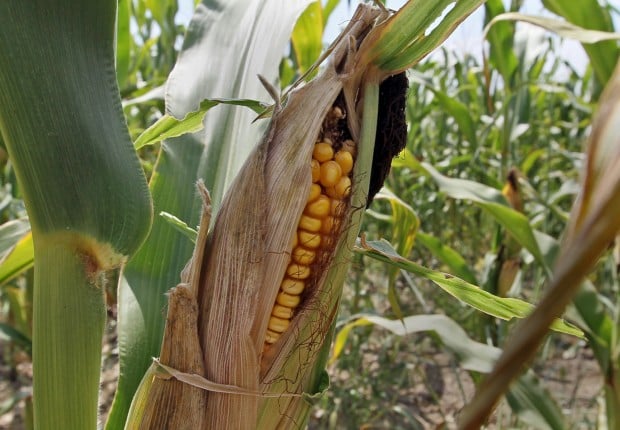 8/12/10 Thursday Labadie, Mo. A corn field next to the Meramec River in Fenton is nearing harvest time. J.B. Forbes jforbes@post-dispatch.com 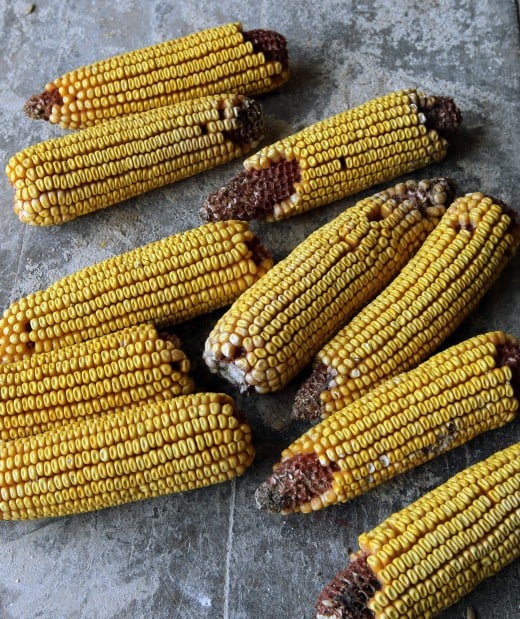 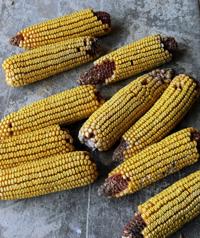 ST. LOUIS • Shoppers strolling the aisles of their grocery stores can expect to feel a little bit of sticker shock in coming months, if they haven't already.

The U.S. Department of Agriculture says that last year's grain harvest yielded less than expected, shrinking grain stocks - and sending grain prices up sharply. The department's grain estimate, released late last week in its highly anticipated year-end crop report, comes after months of cost increases that the food industry has said it will pass along to consumers. The Department of Labor piled on with its latest report, which revealed that wholesaler prices rose 4 percent over last year.

The combination could mean grocery prices will climb, especially toward the end of the year, analysts say, though meat, egg and dairy prices have already inched up.

"There's been a cost bubble in our food system," said Bill Lapp, an analyst with Nebraska-based Advanced Economic Solutions. "Usually the way you move through a bubble is to see some relief on the cost front, which we haven't seen, or price increases to consumers."

While the 2010 soybean crop hit record highs and the corn crop was the third-largest on record, demand for corn has climbed, largely because of ethanol and increased appetites in Asia. That, combined with the lower-than-expected harvest, means stocks are lower.

"By no means was this a bad crop year," said Scott Irwin, a professor of agricultural economics at the University of Illinois Urbana-Champaign. "...It makes the point that this is such an interesting and unusual set of circumstances."

The reasons behind the current agriculture scenario - dubbed "agflation" by some - are multilayered and complex.

"It's the ongoing caloric

intake from Southeast Asia that's the monster behind all this," explained Dan Basse, president of AgResource Co., a research firm, in Chicago. "Food demand in Southeast Asia and Latin America is just exploding, and that is putting tremendous pressure on the grain supply."

Energy prices and ethanol mandates are other drivers.

"What's going on in the corn market, in particular, is this huge component of ethanol usage, which is gobbling up a huge portion of the corn," Irwin said.

With grain prices climbing over the past several years, livestock farmers have had to pay more for feed. After the economic crisis spiked in 2008, and demand for meat plummeted, livestock producers had to reduce herds to break even. Now that demand is resuming, particularly from Asia, prices for livestock are heading toward new highs, analysts say. And that's driving up consumer costs for proteins.

"We usually have a billion to a billion and a half (bushels) in reserve," said Rick Tolman, head of the Chesterfield-based National Corn Growers Association. "This year it's going to be half that."

For now, and for most grain producers, agflation is painting a profitable picture.

"It should be a good strong year because prices are strong for corn, wheat, soy, cotton," Tolman said. "We have a real opportunity to do well this year."

But consumers will likely see more of their dollars going to food.

Americans spend roughly 10 percent of their income on food today, compared to 20 and 22 percent in the 1950s. This year, according AgResource, the 10 percent figure could inch up to 12 or 14 percent. Several major food manufacturers and retailers, including the owners of Shop 'n Save, have announced that retail prices will rise.

"The price increases from our suppliers range from 3 to 4 percent on the lower end and 14 percent on the high end," said the CEO of the Minnesota-based SuperValu chain, which owns Shop 'n Save. "We are passing these along to consumers."

The government anticipates grocery prices will rise about 2 percent overall. But that could depend on a number of factors, including oil prices, further complicating the picture.

"With 80 percent of the value of the consumer dollar going to things other than farm costs, energy prices could be the larger factor," said Scott Brown, of the Food and Agricultural Policy Research Institute at the University of Missouri. "I think that's more important to what happens at the farm level."

A surprising drop in the U.S. corn and soybean crop sent grain prices surging to their highest level in 2½ years Wednesday. The price increase…

8/12/10 Thursday Labadie, Mo. A corn field next to the Meramec River in Fenton is nearing harvest time. J.B. Forbes jforbes@post-dispatch.com