The window sills on her north St. Louis County home need to be rebuilt. Wide divots in her yard, from a tree removal, need to be filled. And her entire HVAC system just had to be replaced.

Yet the value of her Glen Echo Park home rose $13,300 in the latest St. Louis County property reassessment. Valle attributes the spike to investors and flippers buying up lots in her village, pushing home prices higher.

“What we’ve seen with a lot of these older houses is that, as they get rehabbed, prices get jacked up. When one or two homes do that, then more people start looking,” Valle said. “I constantly get telephone calls and letters from a lot of speculators looking at these properties.”

Across North County, single-family home values have surged, up 13% from 2019 to 2021, outpacing the rest of the county by at least four percentage points. It’s a reversal of fortune for the racially diverse and largely working-class communities here, which experienced bigger home value declines and a slower recovery than any other part of the county following the Great Recession.

The rebound, however, is double-edged: Longtime residents can sell their homes for more now. But retirees, many on fixed incomes, have watched their taxes rise. The rising values have also contributed to a decline in North County homeownership, which has fallen farther than the rest of the county since the recession, according to a Post-Dispatch analysis of data from the St. Louis County assessor’s office.

“If you own your slice of that American Dream, this is a great time for you,” said St. Louis County Assessor Jake Zimmerman. “But neighborhoods change in fundamental and permanent ways when you don’t have as many people living there who own their own property. So that’s scary for this community, but it’s also tremendously worrying in terms of equity and fairness.”

Real estate is reassessed every two years in the state of Missouri. An assessor’s office employee visits each parcel every six years, though employees are restricted from walking onto private property.

A range of factors can affect a home’s assessment: a renovation, interest and inflation rates, and home sales. The assessor uses comparable home sales, typically within a mile, to determine a home’s value.

Low mortgage rates and a scarcity of homes for sale has intensified competition among buyers across the metro area. That phenomenon is primarily what drove assessments higher in 2021. The broad increases in property values across North County are an about-turn from a decade ago when individual home values here fell 30%-40%, Zimmerman said.

“If you look at the places in St. Louis County where homes are really flying off the market, overwhelmingly, it’s affordable neighborhoods. It’s places with homes that are $50- or $100- or $200,000,” Zimmerman said.

“North County is not monolithic. It’s a huge geography with a giant population. But there’s still lots of places that are struggling,” said Chris Krehmeyer, president and CEO of Beyond Housing, a community development nonprofit focused on improving North County. “So while there has been a rebound, it’s been a rebound from something really bad and awful, their starting point was well behind the rest of the region.”

Homeownership has fallen across St. Louis County since the recession, but nowhere more dramatically than in North County.

The Post-Dispatch analyzed assessment data by township, political subdivisions designated by the census, because they’re drawn to try to generate equal numbers of voters.

“There’s a huge shift from owner occupancy to landlords in the wake of the foreclosure crisis. … (the numbers) are still not trending in the right direction. And that worries me,” Zimmerman said. “I don’t see it happening anywhere else.”

The U.S. government sought to improve homeownership among African Americans and other minorities in the years leading up to the 2008 recession to try to combat decades of discriminatory housing practices, said Radhakrishnan Gopalan, a finance professor at Washington University.

The “crazy” financing structures of these mortgages — where some homeowners put in no equity and borrowed 100%-110% of the home value — led to a bubble then a crash, Gopalan said. It put a lot of African Americans in a “much worse financial situation than they were before.”

The foreclosure crisis also forced experts to reevaluate the best way for average Americans to build wealth. Gopalan said homeownership can be detrimental in today’s fast-changing economy, limiting homeowners’ income prospects by limiting their mobility and access to jobs. Other investments, such as stocks and securities, are better ways to build wealth, he said.

But homeownership is still the most common way — real estate remains the top source of wealth that middle-class and upper middle-class families can pass down to their children and grandkids in America, Zimmerman said.

“That’s a big policy problem for the region, and it’s something we ought to all commit ourselves to trying to fix before it becomes the next generation’s version of housing discrimination,” he said.

Glen Echo Park is a village of just two streets, off Natural Bridge and Lucas & Hunt roads, abutting Glen Echo Park Country Club. And no other municipality in St. Louis County saw higher percentage growth in single-family home values, at 27%, than these 60 houses.

But it’s not always clear why values rise: In between homes with well-kept gardens and fresh paint in Glen Echo are several vacant houses, including one whose roof caved in — and that home’s appraisal rose 34% from 2019.

Valle, chair of the Glen Echo Park Board of Trustees, said some investors have snapped up these properties for cheap only to sit on them and do no maintenance.

Higher assessments, she said, are a “mixed bag.”

“It’s more money to run the municipality but it puts extreme hardship on people who live here,” said Valle, a retired educator. “The rising costs of taxes and upkeep is what is forcing people out of homes. Then speculators buy properties.”

Resident Kym Beathea has owned her Glen Echo Park home since 1982. She rented it out when she moved to a new build in West County but returned seven years ago.

“I used to live in Maryland Heights, and it was ‘hello’ and ‘goodbye’ and that was it,” Beathea said. “Here, my neighbor will talk to me from across the way. The woman who lives next door to me will call me every day about something.”

The neighborhood, in the roughly 15 years she was gone, changed and not for the better, she said. Now she doesn’t stray too far from her home — ever since she walked her dog early one recent morning and heard voices and strange noises coming from a vacant house with boarded-up windows.

She wasn’t happy, either, to see her assessment rise 19% this year — she already pays $3,500 in annual property taxes. This past year, she retired from a career in commercial refrigeration. But a move to an area with lower property taxes is out of the picture.

“Why start over again with a mortgage?” Beathea said. “I’ll be here ‘til they call me home.”

Investor Jim Galati has owned a house in Glen Echo Park for eight years. He believes the county had undervalued the property for about half of what it was worth. In 2021, the home’s assessment spiked 100%, one of the village’s highest increases.

“Whereas I certainly don’t like paying more taxes,” Galati said in an email, “it’s hard to argue with their adjustment.”

‘My last day will be here’

Two miles north in the 1,000-resident municipality of Norwood Court, Darrion Brown put new siding and a new roof on the Cape Cod-style home he’s owned for 18 years. It’s work he considers to be part and parcel as a homeowner — nothing, he thought, that would prompt the assessed value to rise 45%, the most in the village.

Norwood Court home values grew an average of 16%, one of the biggest increases among county municipalities.

William Butler’s Wellston home saw a 136% increase. He’s not sure why his home value went up. He hasn’t renovated it nor has he seen new neighbors move in; several investor-owned houses on his block remain vacant. The skeleton of a house that burned down at least a year ago has yet to be demolished. Several other lots have overgrown yards.

He can’t afford to live anywhere else, Butler said, and he likes living there because he knows the neighborhood.

“I don’t know any other ways,” Butler said. “My last day will be here.”

Homeowner David Stevens, who lives in unincorporated North County near Florissant, saw his assessment increase 10%. He said he doesn’t mind paying taxes but he doesn’t think comparable sales are exactly fair. He’s peeked online to see what improvements his neighbors made to their homes when putting them on the market.

“I haven’t redone my kitchen or the bathrooms. I need a new central air system that will cost $60,000,” Stevens said.

His neighbor David Nelson watched fawns traipse in his backyard on a recent morning. It’s exactly the peace and quiet he sought when he moved from Tower Grove seven years ago.

The Springfield, Missouri, native has become an apostle of North County, preaching to clients, friends and anyone who will listen. He paid $200,000 in 2014 for his 2,500-square-foot home that has a full basement and in-ground pool on 2 acres.

“I came across this neighborhood and fell in love,” Nelson said. “There’s so much value and land to be had in North County.”

Nelson, whose assessment rose 11%, wants to see home values rise. He doesn’t have children but he said higher home values would help local school districts, which in turn could attract more families.

“If I know the taxes I’m paying are being used for the betterment of the community,” Nelson said, “then I feel good.”

As America’s local landlords sell out, big investors move in

The change in ownership is driving up rents and prices.

Realtor.com economist says this is an unusually active market for corporate buyers 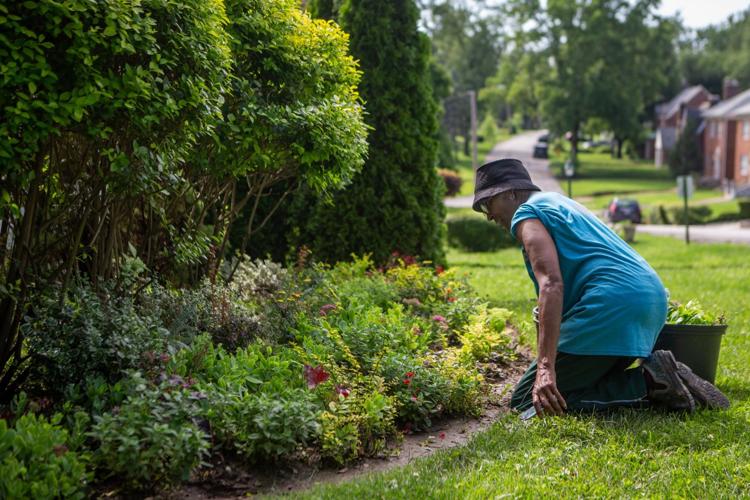 Homeowner Kym Beathea works on her landscaping in front of her home she has owned since 1982 in Glen Echo Park on Friday, July 16, 2021. Beathea's home value increased 19% after its latest assessment. After a housing price drop ten years ago, homes in North St. Louis County values are increasing and being assessed at higher prices. Photo by Daniel Shular, dshular@post-dispatch.com 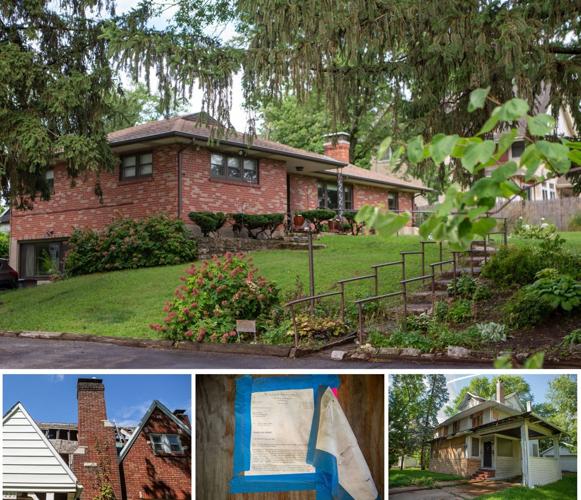 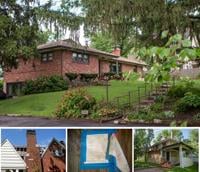 The home (top) of Victoria Valle, Chair of the board of Trustees of Glen Echo Park, sits near the Glen Echo Country Club. Elsewhere nearby are a house which is missing part of its roof, and a vacant and boarded up property. Photos by Daniel Shular, dshular@post-dispatch.com 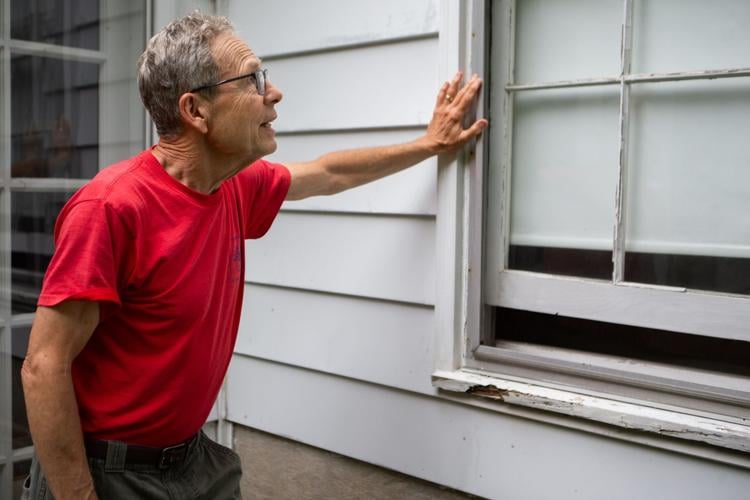 David Stevens speaks about a window he is trying to repair at his home located in unincorporated North County near Florissant on Thursday, July 15, 2021. After a housing price drop ten years ago, home in North St. Louis County values are increasing and being assessed at higher prices. Photo by Daniel Shular, dshular@post-dispatch.com