An attorney for a St. Louis economic development agency called a lawsuit by Paul McKee lender the Bank of Washington a “terrorist attack” that could thwart the effort to build a $1.7 billion federal intelligence facility in north St. Louis.

The statement came during a St. Louis Circuit Court hearing Friday over a lawsuit aimed at clearing potential claims from the bank to 97 acres that the city has spent $119 million to prepare for a November hand-off to the federal government.

The hearing was the clearest indication yet that St. Louis’ legal disputes with developer McKee and his NorthSide Regeneration lender, the Bank of Washington, could threaten the National Geospatial-Intelligence Agency project that city officials hope will jump-start development north of downtown.

The city will hand off a cleared site to the federal government in the fall, and three firms are vying for to build the huge facility.

“The idea is, if I can’t have it my way, I’m going to blow it up for everyone,” attorney Jerry Carmody told Judge David Dowd. Carmody, of Carmody MacDonald, was representing the city’s Land Clearance for Redevelopment Authority and associated entities. He likened the bank’s lawsuit to a “terrorist attack.”

The action in St. Louis, filed by an LCRA affiliate created for the NGA project, asks Dowd to declare the NGA land free of claims, including those that could arise from a Bank of Washington lawsuit in Franklin County. The bank is asking a judge there to reinstate liens on property that McKee had sold to LCRA for the NGA project.

Meanwhile, the city is pursuing a contingency plan at the St. Louis Board of Aldermen that would use eminent domain to clear the title on the LCRA-owned land.

The city's economic development office filed the petition in response to a Bank of Washington lawsuit earlier this month.

Though the LCRA affiliate owns the NGA land free and clear now, “this is a cloud on the title potentially downstream,” Carmody said of the Franklin County lawsuit.

Attorney Paul Puricelli of Stone Leyton Gershman — the firm that has long represented McKee and is now representing the Bank of Washington — disputed that his client’s action could unravel the massive NGA project. The bank has invested “tens of millions” to help McKee purchase hundreds of acres over the last 15 years in north St. Louis, he said.

“Bank of Washington has more to lose than anyone if the NGA project does not go through,” Puricelli said. “… It does not want to see the NGA fail. That is not the purpose of the Franklin County action.”

That lawsuit was filed in July, a few weeks after the city moved to declare McKee in default of his development agreement, first entered into in 2009.

The bank released its liens on the NGA site as part of a 2016 agreement with the LCRA, struck after over a year of haggling between the agency and McKee and his lender to assemble the NGA site. The LCRA agreed to pay the bank some $5.4 million — including $2 million to be paid when the city closes with the NGA — and to acquire from a vulture fund liens from other McKee loans, which cost it $7 million.

The bank argues that the city reneged on that agreement by declaring NorthSide in default when McKee had in fact commenced enough new development projects to remain in compliance. McKee began a $20 million gas station and grocery store at Tucker Boulevard and Cass Avenue at the beginning of this year.

Puricelli said the city waited to declare default until after it had secured NorthSide’s acreage — and cleared the bank’s liens — needed for the NGA site. The Franklin County suit accuses the LCRA of fraud and falsely claiming it intended to renegotiate the development agreement.

“The city was just biding its time,” Puricelli said. “It was waiting us out.”

But Dowd, who presided over a May eminent domain trial where allegations came out that McKee inflated property values to obtain state tax credits and didn’t actually complete some of the land purchases, asked about the impact of that trial on the city’s timing.

The allegations came out in trial to decide a challenge to the value of a property the city acquired by eminent domain as it was assembling land for the NGA's planned western headquarters.

Wasn’t it “that the city was reacting to some of the information that came to light during that trial?” the judge asked.

Carmody said that was indeed a reason for the city’s timing. A day after the default notice, Missouri Attorney General Josh Hawley’s office filed a lawsuit accusing NorthSide of tax credit fraud.

Attorneys for the bank and NorthSide want the St. Louis Circuit Court action dismissed, arguing it should be part of the Franklin County lawsuit.

“If we allow these two cases to go along, it will be like the ‘Lawyer’s Employment Act of 2018,’ ” said attorney Jack Garvey, who is representing NorthSide Regeneration.

Dowd indicated he would rule on the motion to dismiss Monday.

St. Louis to condemn own land?

If the LCRA isn’t successful in removing future claims to the NGA land in court, a bill introduced Friday by Alderman Brandon Bosley and co-sponsored by 19 other aldermen would authorize St. Louis to condemn the NGA land, already held by its own economic development arm.

Carmody said the bill is an effort to “create different paths” that will ensure the NGA land can be transferred to the federal government by Nov. 14. He said the city has been in contact with the NGA over the Franklin County lawsuit.

“In the face of this, we have discussed these other solutions,” Carmody told the Post-Dispatch.

“What they’re proposing would be something entirely new to me, very unusual,” Puricelli, a former chair of the Missouri Bar’s eminent domain committee, told the Post-Dispatch.

Should the Franklin County lawsuit be successful and the bank be granted its liens, it won’t disrupt the NGA project, he said. “There are lots of ways” transactions can close with outstanding claims to a property, Puricelli said.

If it’s such a concern to the NGA, why weren’t they in court Friday saying this will kill the deal, Garvey added.

Lawyers for the bank say it may not be "productive" to meet with Carmody MacDonald attorneys representing the city after "inflammatory" comments.

The move is an effort to ensure Paul McKee's Northside Regeneration and his lender, the Bank of Washington, don't have any claim on the acreage.

A lawsuit from the Bank of Washington had clouded the title to the land and required the city to eminent domain real estate controlled by its redevelopment arm.

St. Louis wins another round in legal fight with Bank of Washington, McKee

The city has sought to make doubly-certain the real estate for the $1.7 billion NGA project can be transferred to the federal government next month.

But Bank of Washington can still sue one governmental entity for damages.

In groundbreaking, NGA promises to build St. Louis businesses, too

The 2012 sale between a close associate of McKee, credited with helping write the distressed area tax credit law, was seller-financed.

Prominent local firms were beneficiaries; critic says it's evidence 'McKee was using the tax credit program as a bank rather than as a means to develop anything.' 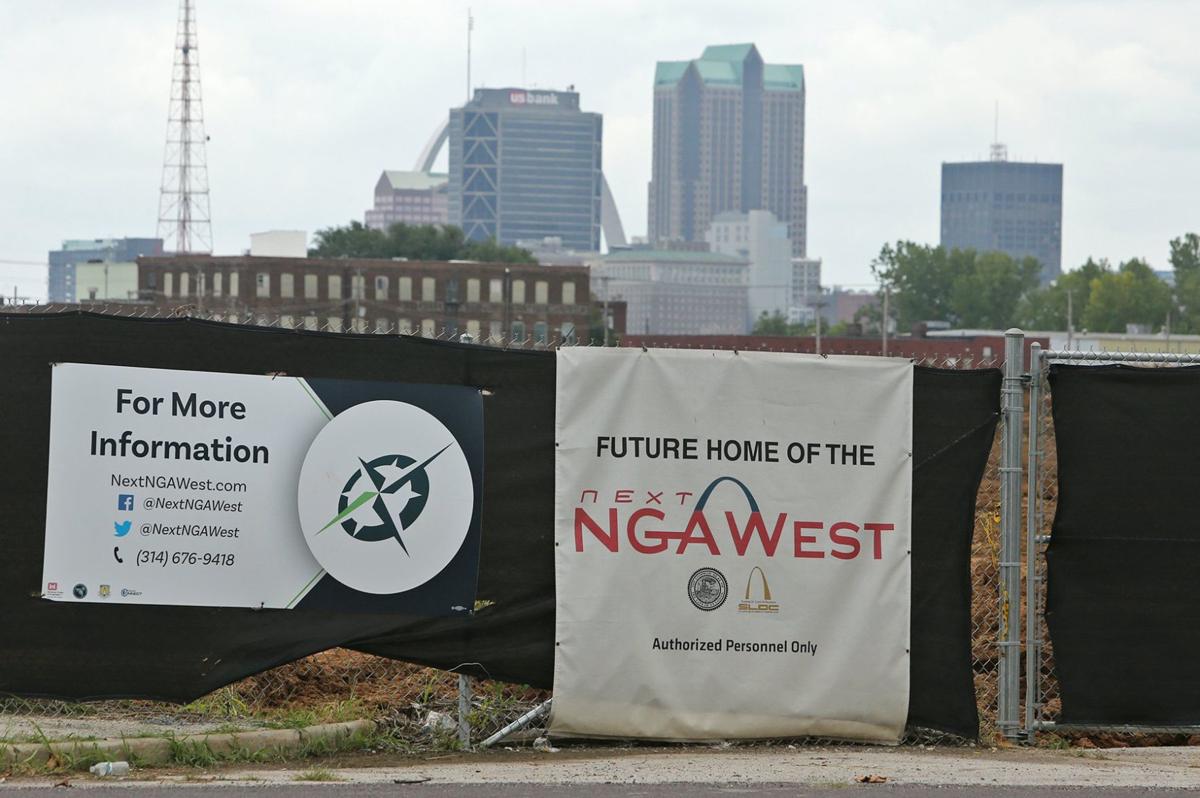 St. Louis is rezoning the area around the new National Geospatial Intelligence Agency site on Thursday, Aug. 30, 2018. The goal is to control the types of businesses that can locate near the NGA. Photo by J.B. Forbes, jforbes@post-dispatch.com 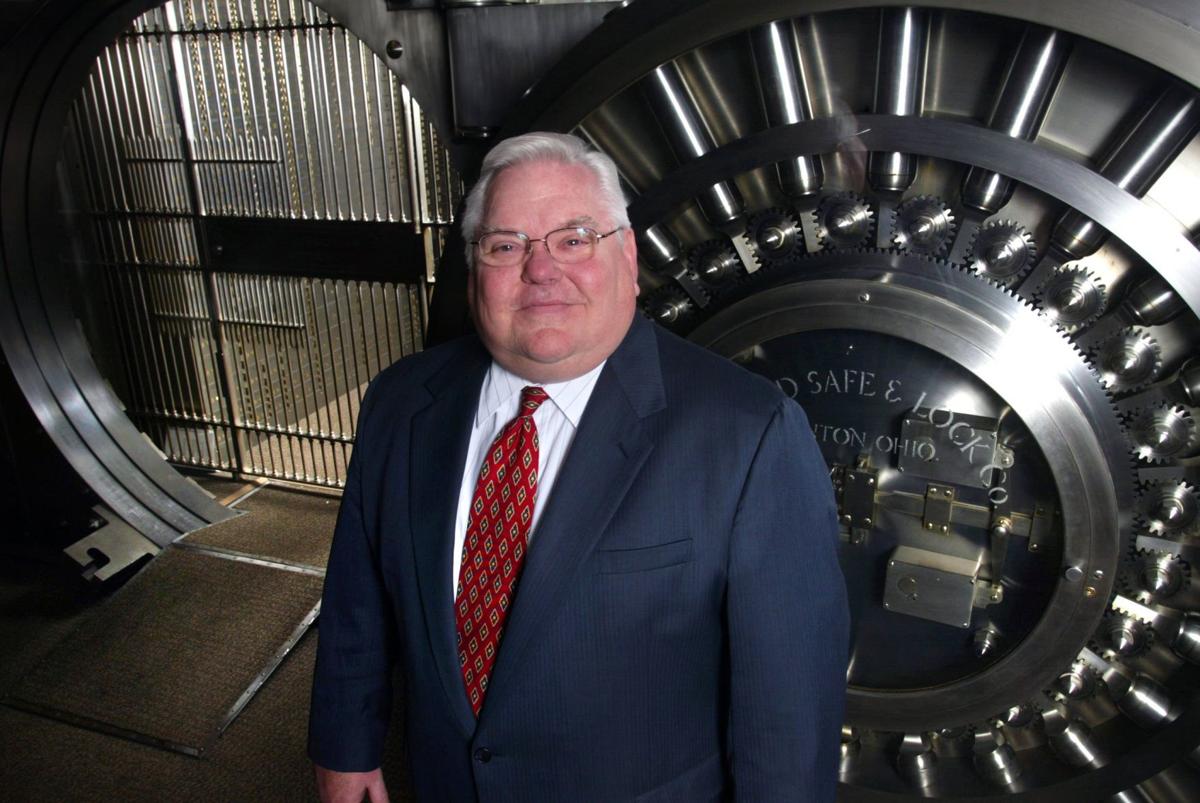