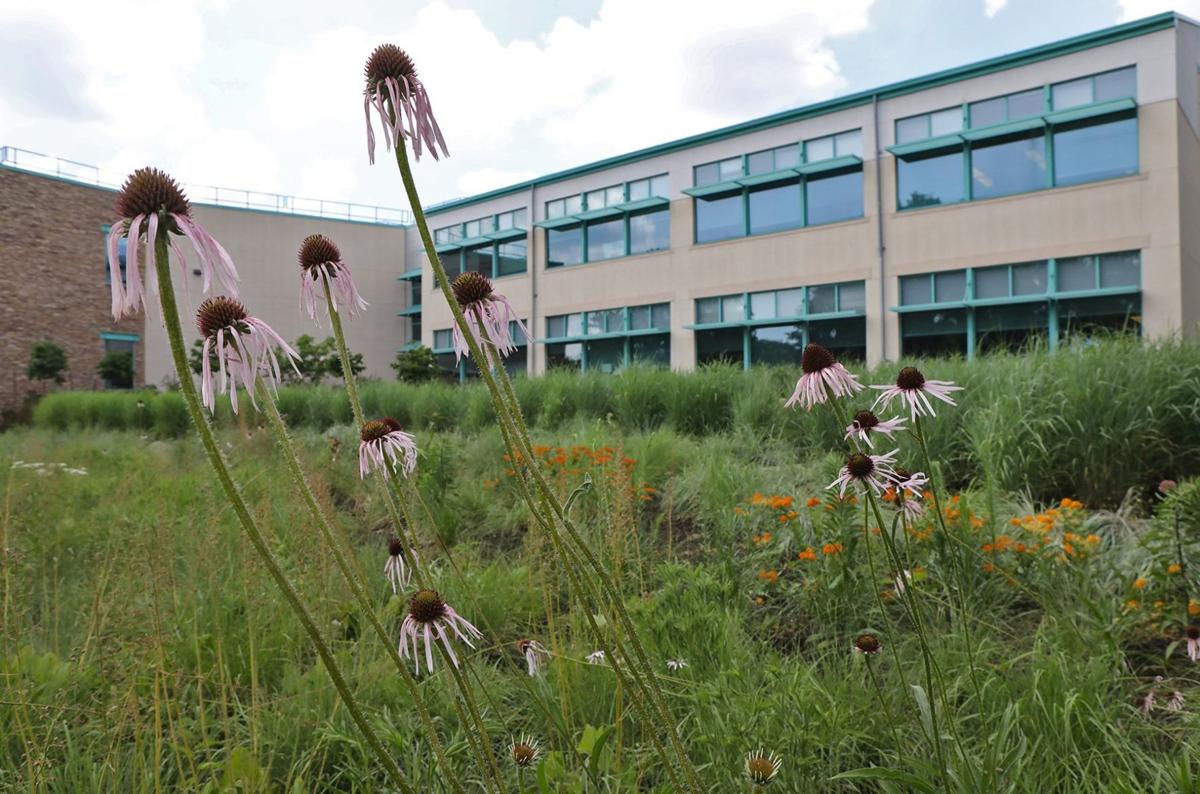 One of the gardens near the side of the M building at the entrance to the Bayer campus on Thursday, June 7, 2018, at Monsanto's former headquarters in Creve Coeur. Photo by J.B. Forbes, jforbes@post-dispatch.com 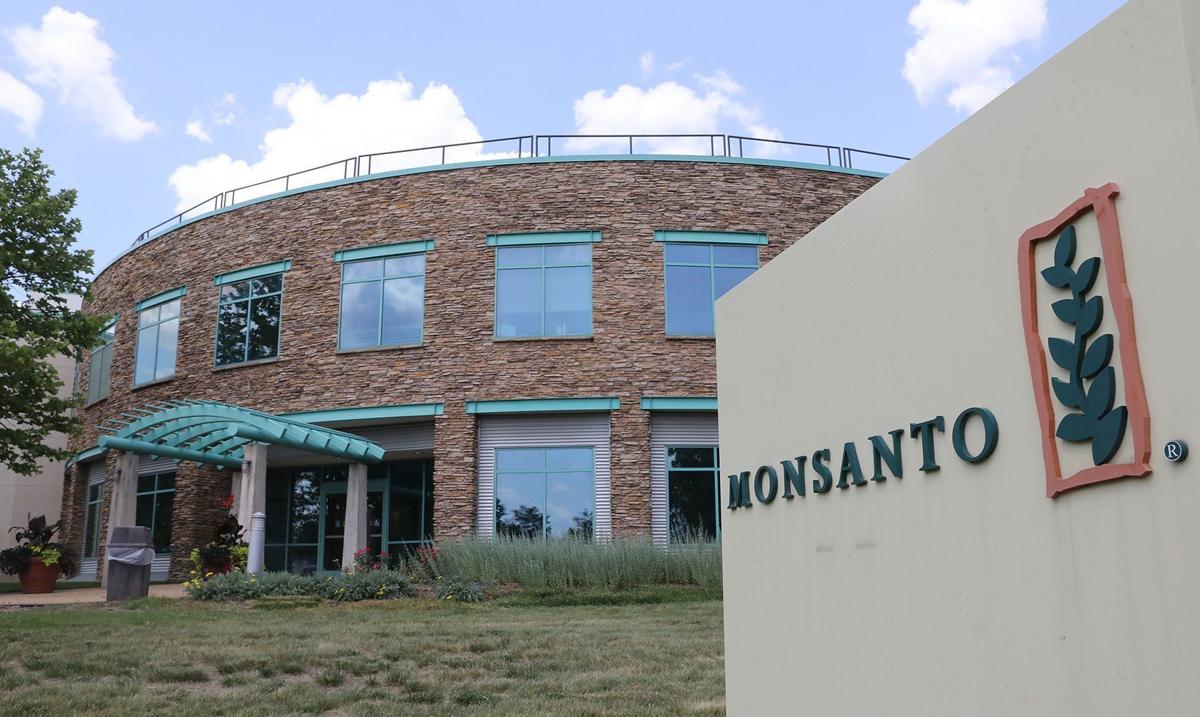 The front of the M building at the entrance to the Monsanto Creve Coeur campus on Thursday, June 7, 2018. Photo by J.B. Forbes, jforbes@post-dispatch.com

JEFFERSON CITY — Bayer AG will bring 500 jobs to its Creve Coeur campus and invest $164 million in improvements there, a move Gov. Mike Parson says will enhance the state’s “already successful ag-tech industry” and bolster the company’s long-term commitment to the region.

Parson said Bayer has committed to retaining 4,400 jobs in the St. Louis region as well as adding 500 more; the average salary for the new jobs will be $110,000, state officials said. The Republican governor, a cattle farmer, met with Bayer CEO Werner Baumann during a European trade mission last month.

She said the 500 St. Louis jobs would be a combination of transfers from North Carolina and new hires.

“Bayer’s headquarters was in Raleigh, North Carolina,” Safarian said at a Tuesday news conference. “And so that headquarters is closing, and so we will be locating those individuals to St. Louis.”

The St. Louis job announcement comes after the company, whose international headquarters is based in Germany, announced in November it would cut 12,000 jobs worldwide, about 10% of its workforce. The company also faces continued litigation, inherited from Monsanto, regarding its signature weedkiller Roundup, which plaintiffs claim caused their cancers.

Bayer had been in discussions with state economic development officials as it weighed investing in its workforce here or on the East Coast. The company told the Post-Dispatch in 2018 that it employed about 5,400 people between its two St. Louis area campuses.

In September 2016, after the two companies announced the merger, Monsanto said it employed 4,100 people in the St. Louis region, not including several hundred remote workers, temporary employees or contractors.

A company spokesman said the $164 million capital investment that’s part of the jobs announcement Tuesday will mostly pay for building improvements to accommodate the new staff. The state has offered incentives totaling $44 million, mainly through its Missouri Works program that allows companies to retain employees’ payroll taxes if job targets are met. The state incentives would be paid over seven years. St. Louis County is also offering a property tax break valued at $2 million.

Rob Dixon, director of the state’s Department of Economic Development, framed Bayer’s decision as a win for Missouri.

“We look at this, again, as making a strategic investment in the state,” Dixon said. “The state was competing for these jobs.... We’re competing for the long-term economic opportunity for our state.”

“As St. Louis County continues to shine as the global epicenter for agricultural technology, and plant sciences, I thank Bayer for adding to our momentum,” Page, a Democrat, said.

Bayer’s predecessor, Monsanto, received a significant pledge of state support in 2013 when it announced a $400 million investment into its Chesterfield research campus. The state promised up to $22 million in incentives, and St. Louis County $22 million in tax breaks, in exchange for the company adding 675 scientific jobs in Chesterfield.

In January, Bayer announced it would shutter its Pittsburgh campus, for decades the German conglomerate’s North American headquarters, and consolidate administrative staff for plant sciences in St. Louis and for health care in New Jersey.

Its Pittsburgh operations, which employed about 600 people in finance, accounting, legal and technology, will shutter by 2021, according to the Pittsburgh Post-Gazette.

Bayer is looking at adding jobs to the Creve Coeur campus, where Monsanto’s headquarters staff, as opposed to its Chesterfield-based scientific and research staff, is based.

A company spokesman said Tuesday the job classifications would “run the gamut,” and would include positions in information technology, marketing, legal, human resources, and research and development.

Some of the jobs could end up being based at the company’s Chesterfield campus, said Darren Wallis, a Bayer spokesman.

Headquarters jobs, which include business support functions, are often the most at risk following major corporate mergers. Overlapping information technology and human resources departments, for instance, can often be consolidated. The investment in the Creve Coeur campus, the former global headquarters for Monsanto, helps alleviate at least some worry about major cutbacks in corporate jobs there following the merger.

Jacob Barker of the Post-Dispatch contributed to this report.

One of the gardens near the side of the M building at the entrance to the Bayer campus on Thursday, June 7, 2018, at Monsanto's former headquarters in Creve Coeur. Photo by J.B. Forbes, jforbes@post-dispatch.com

The front of the M building at the entrance to the Monsanto Creve Coeur campus on Thursday, June 7, 2018. Photo by J.B. Forbes, jforbes@post-dispatch.com 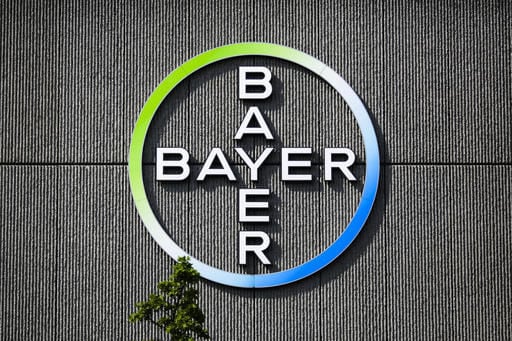 In this May 23, 2016, file photo the Bayer AG corporate logo is displayed on a building of the German drug and chemicals company in Berlin, Germany.  (AP Photo/Markus Schreiber)