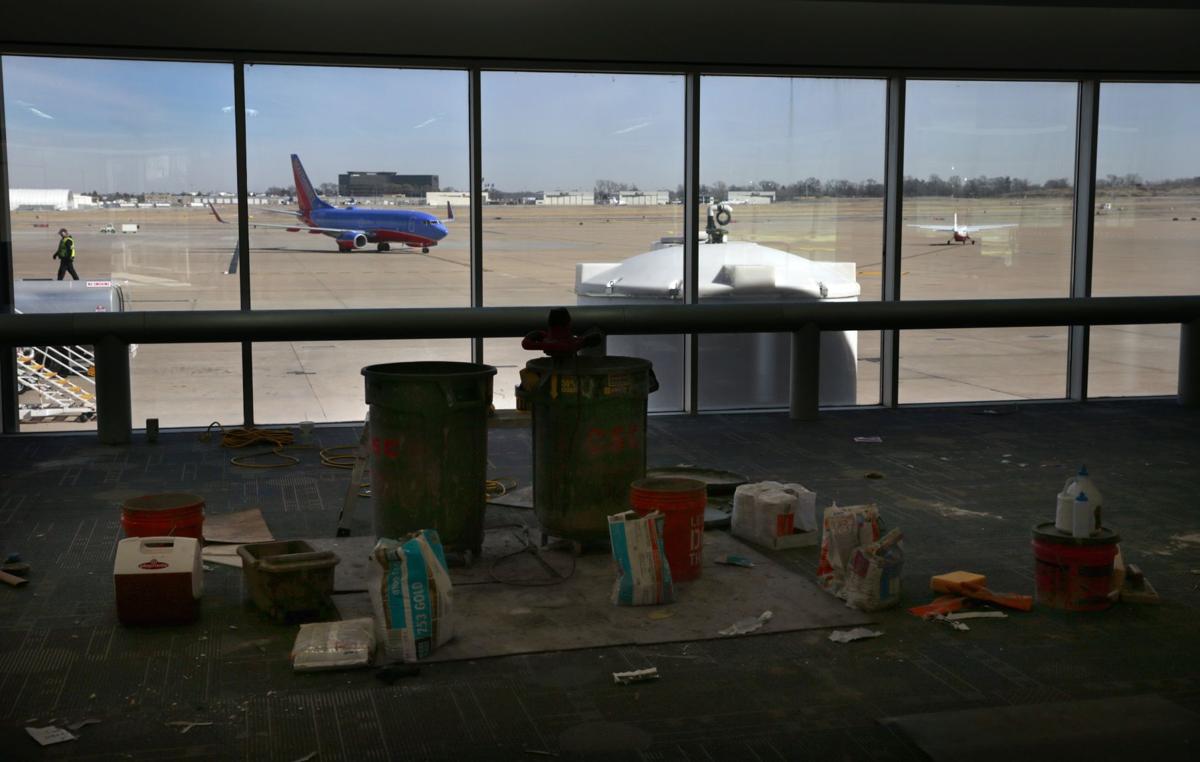 A Southwest Airlines aircraft taxis in as work continues to add three gates to the old Concourse D of Terminal 2 for use by the airline at St. Louis Lambert International Airport on Thursday, Feb. 16, 2017. Photo by Robert Cohen, rcohen@post-dispatch.com 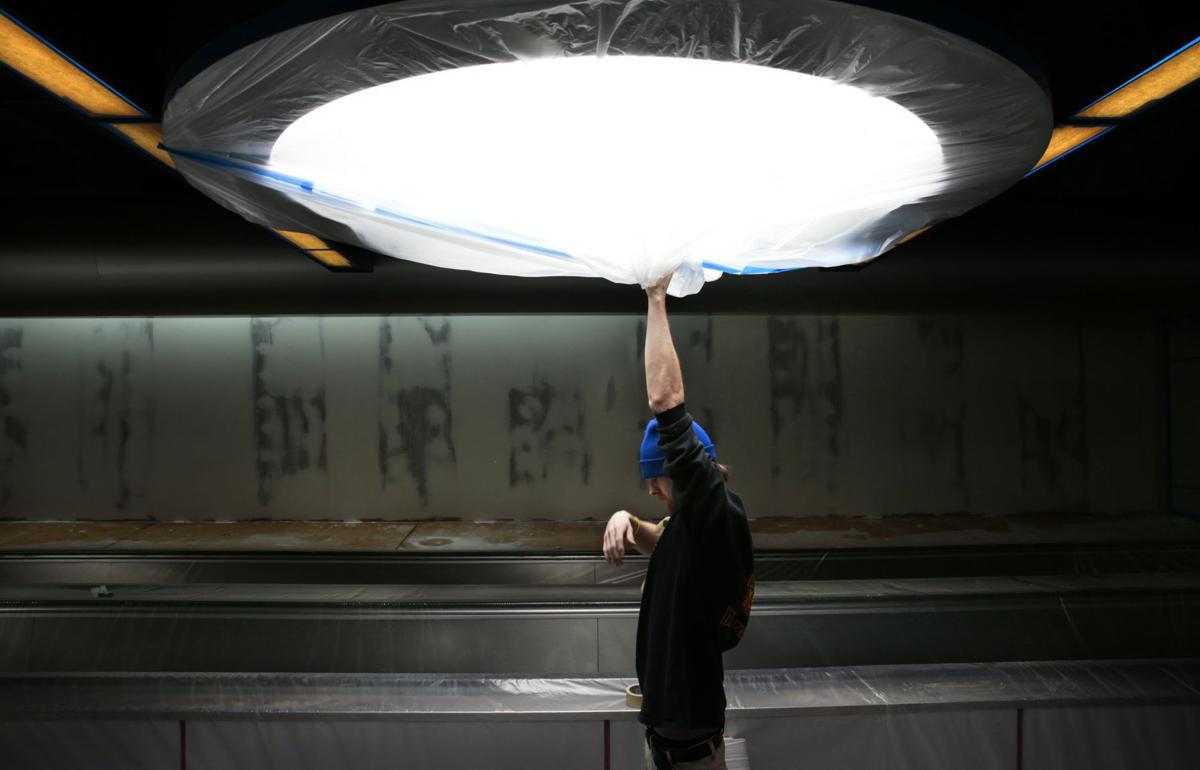 Scotty Allen Tucker of All-American Painting seals off a skylight for ceiling painting inside the old Concourse D of Terminal 2 at St. Louis Lambert International Airport, as work continues to ready three new gates for the use by Southwest Airlines on Thursday, Feb. 16, 2017. Photo by Robert Cohen, rcohen@post-dispatch.com

As soon as next month, 200 head of cattle to be used as breeder stock could leave the airport aboard a charter flight to Pakistan, said Rhonda Hamm-Niebruegge, the airport’s director, at a lunch this week hosted by the St. Louis chapter of the Commercial Real Estate Women group.

“As we looked at what commodities are growing on the air cargo side, it became very clear that livestock was growing as an air-cargo product,” she said.

Animal pens are set up in a 40,000-square foot building vacated by American Airlines in the Cargo City complex, and the airport is awaiting final approval from the U.S. Department of Agriculture.

It’s hoped that livestock from Missouri, Illinois, Nebraska, Kansas and other states will be shipped from St. Louis. O’Hare International Airport in Chicago is the closest competitor for such operations.

“We believe we’ll be able to prove this is a very efficient, affordable operation,” Hamm-Niebruegge said, which she hopes will spur some of Chicago’s livestock shipping to make its way south to St. Louis.

Tony Clayton, president of the Jefferson City-based Clayton Agri-Marketing Inc. who has more than 25 years of experience in exporting livestock, met with Lambert officials about getting a cargo system in place in St. Louis.

Most of his livestock shipments by air leave from Chicago. He has pigs that could fly to Korea at the end of April, and pigs headed to China in June. Shipments to Central and South America leave from Miami.

“It’s going to open up some opportunity,” Clayton said, but it will be a slow-developing project, and St. Louis must find ways to attract the cargo planes that call Chicago home.

The airport also is making plans for human passengers, inside and outside the terminals.

It is out of hangar space, and the airport is working on agreements to add a few new corporate hangars, Hamm-Niebruegge said.

“It’s a good source of revenue for us. We’re just the landlords,” she said. And the airport sees other benefits from more hangars, such as in fuel sales.

And for those flying commercial, four new gates are expected to open in the D Concourse, which connects the airport’s two terminals, for the June start of additional Southwest Airlines flights. The gates will be lettered E to tie in with Southwest’s other gates.

The closed D Concourse bustled when the airport was a hub for Trans World Airlines. It was reopened in 2011 for a time while the C Concourse underwent extensive repairs after it was damaged by an F4 tornado.

Southwest, the airport’s dominant carrier, has been moving some of its connecting traffic from Chicago’s Midway Airport to St. Louis, Hamm-Niebruegge said. The airport saw a spike of 1.2 million passengers last year, and 700,000 of that was in connecting passengers.

The airport is looking to add another local restaurant to Terminal 2, as well as a private lounge that could open by this fall. The lounge would be for travelers who buy passes and memberships for entry.

City would retain ownership of the airport, but a private company would run it

St. Louis is told to prepare for freight growth

Big infrastructure upgrades are being called for to handle the increase

Lease expected to bring in $13.5 million in rent over its 20-year term

Gates initially expected to handle about 12 flights a day

A Southwest Airlines aircraft taxis in as work continues to add three gates to the old Concourse D of Terminal 2 for use by the airline at St. Louis Lambert International Airport on Thursday, Feb. 16, 2017. Photo by Robert Cohen, rcohen@post-dispatch.com

Scotty Allen Tucker of All-American Painting seals off a skylight for ceiling painting inside the old Concourse D of Terminal 2 at St. Louis Lambert International Airport, as work continues to ready three new gates for the use by Southwest Airlines on Thursday, Feb. 16, 2017. Photo by Robert Cohen, rcohen@post-dispatch.com