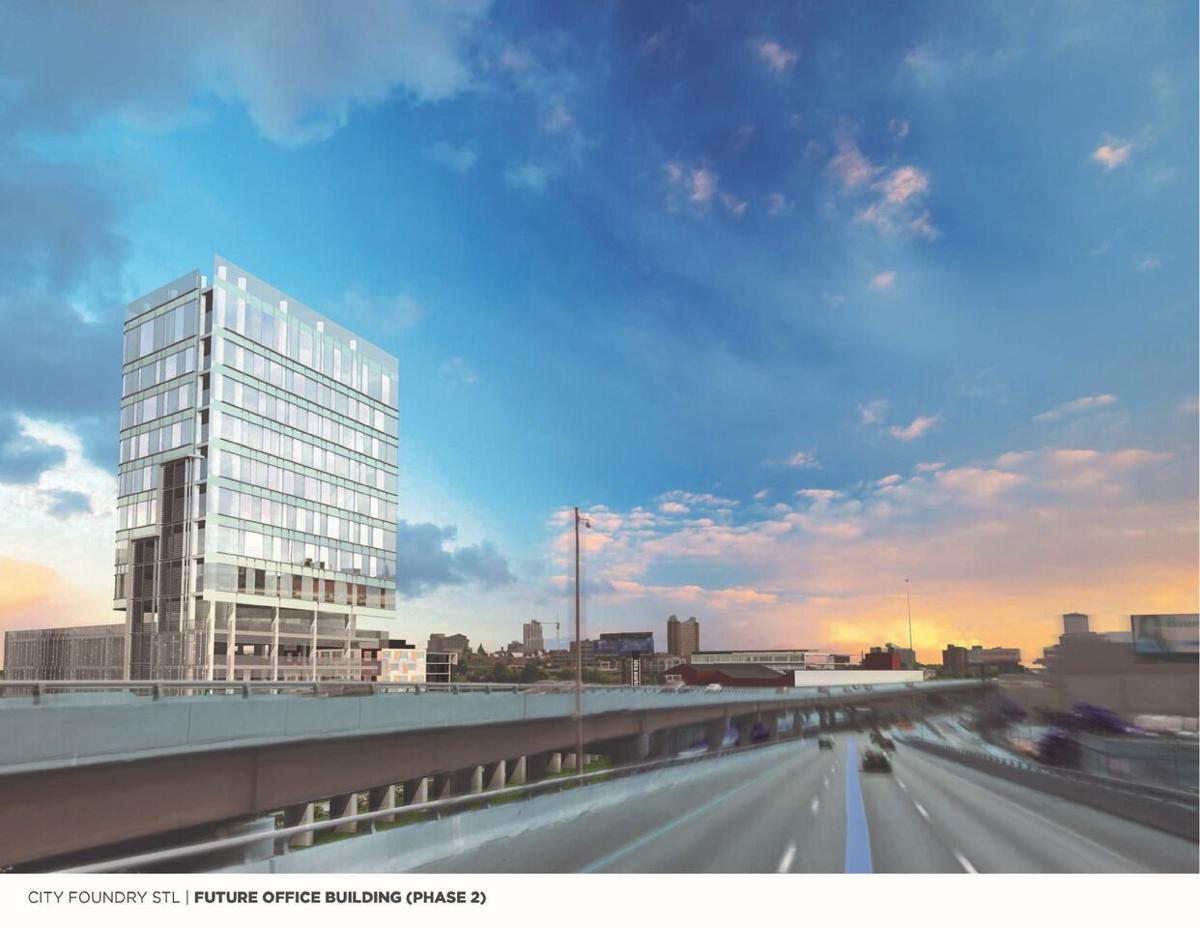 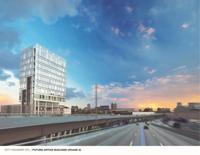 A rendering of an office building planned across from Ikea in the City Foundry development, as seen heading east on Highway 40 (Interstate 64) near Vandeventer avenue. (Rendering courtesy of Lawrence Group) 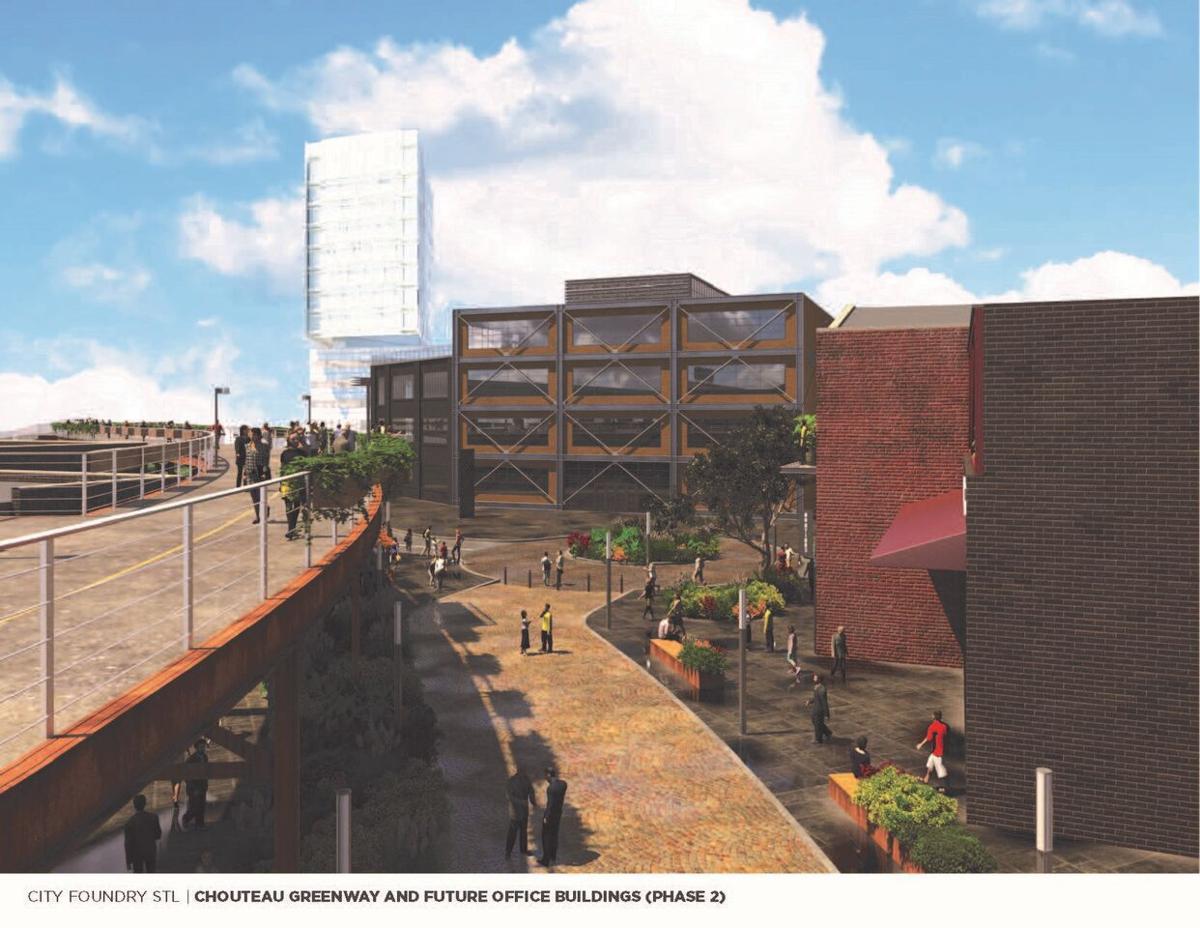 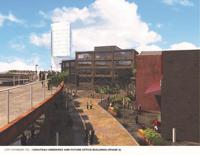 A view of the City foundry development from the planned Chouteau Greenway that, if built, may extend nearby. (Rendering via the Lawrence Group). 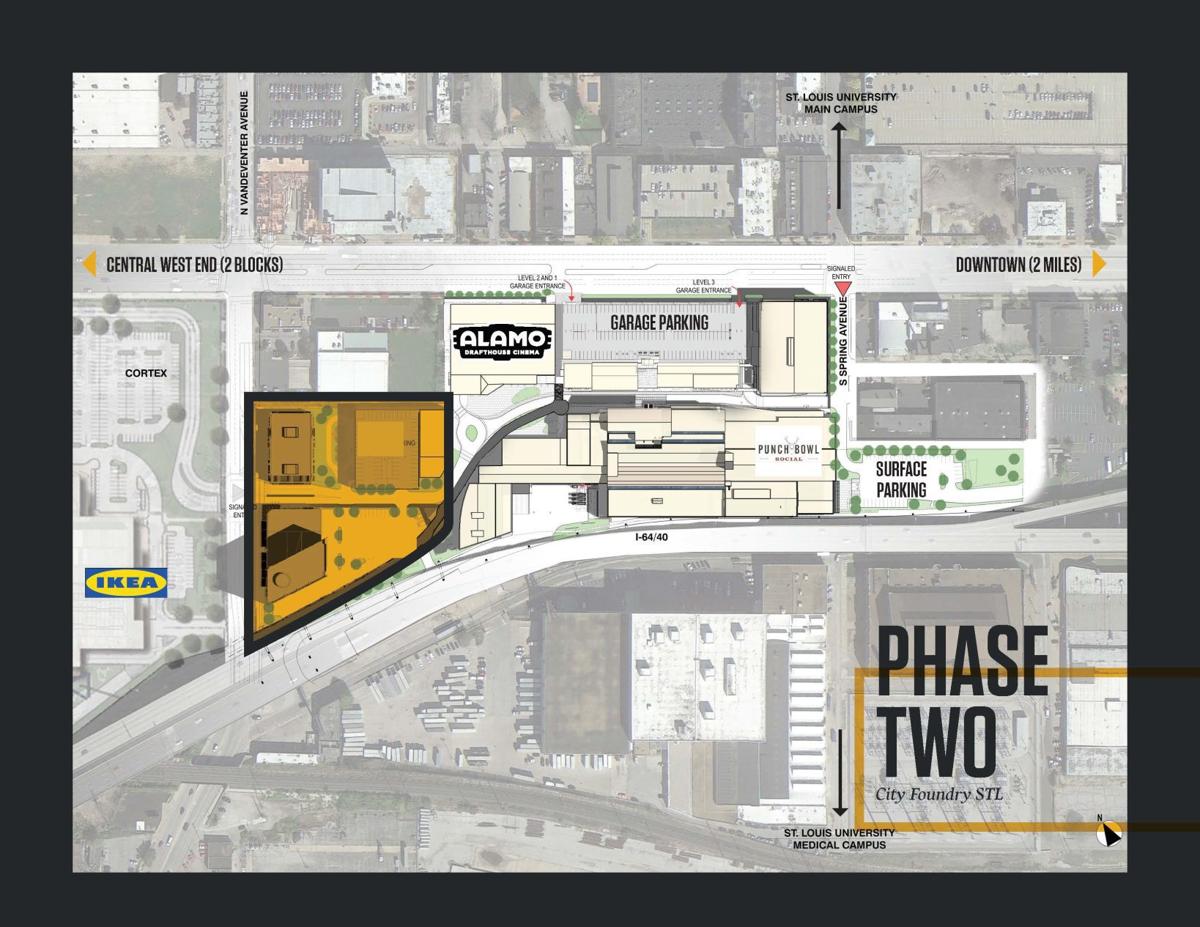 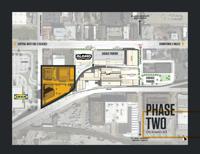 The Lawrence Group's site plan of the City Foundry project in Midtown.

The building across Vandeventer Avenue from Ikea will start coming down in a few weeks to make way for construction on the much-anticipated City Foundry project.

Developer Steve Smith of the Lawrence Group said he had the site at 242 South Vandeventer under contract from a group that includes the Cortex tech district to the west. Lawrence Group’s plans call for it to eventually house three new office buildings to complement the burgeoning tech district.

“We’re working with (Cortex) as part of the master plan,” Smith said. “We want to develop office buildings as part of that site. ... What I think we’re collectively seeing is there’s a lot of office demand around midtown and the general Cortex area.”

When the building is down in a month or so, the site will initially serve as a staging area for the $187 million entertainment and office first phase. Lawrence Group announced earlier this year tenants including the Alamo Drafthouse Theater as well as several local chefs to fill the food hall.

He said his team is finalizing construction contracts and financing. St. Louis-based S.M. Wilson is the general contractor and CIBC Bank is the lead construction lender.

The first phase already has “substantial office commitments,” Smith said, and he hoped to have space ready for some of them to move in by the middle of 2019. He declined to name them because of current leases but said he hoped to be able to announce some office tenants by the end of next month.

“We really don’t have much left,” Smith said of office space in the initial phase, adding that that was “why we feel confident” about the second phase.

The tract soon to be cleared could host as many as three built-to-suit office buildings, Smith said, with somewhere around 350,000 square feet of total space. He said there was a “reasonable chance” construction could start on one of those offices before the first phase started opening in mid-2019.

“We’ve had interest in each of the phase two buildings, and if we could make a business arrangement, we’d start as soon as we could prelease one of those buildings,” he said.

To support the project, St. Louis has approved about $36 million in tax increment financing, which lets developers use part of future tax revenues generated by a project to finance it.

A rendering of an office building planned across from Ikea in the City Foundry development, as seen heading east on Highway 40 (Interstate 64) near Vandeventer avenue. (Rendering courtesy of Lawrence Group)

A view of the City foundry development from the planned Chouteau Greenway that, if built, may extend nearby. (Rendering via the Lawrence Group).

The Lawrence Group's site plan of the City Foundry project in Midtown.