Company, EPA lapses lead to hazards on the Eleven Point River
0 comments
Share this
{{featured_button_text}}
1 of 3 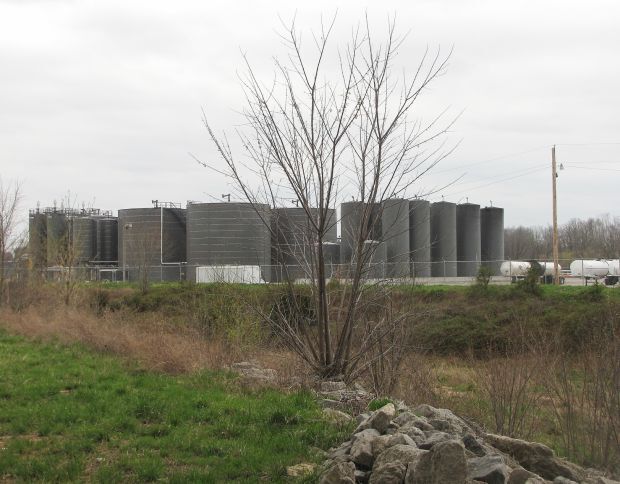 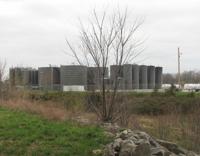 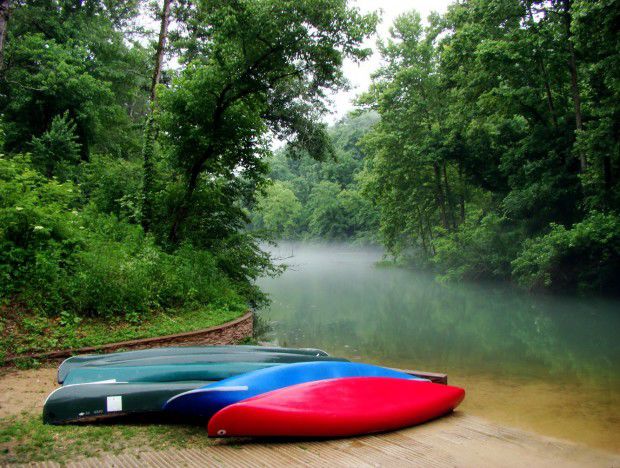 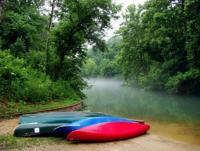 Mike McArthy photographs the beauty of the Ozarks. Pictured is the Eleven Point River in southern Missouri and northern Arkansas. 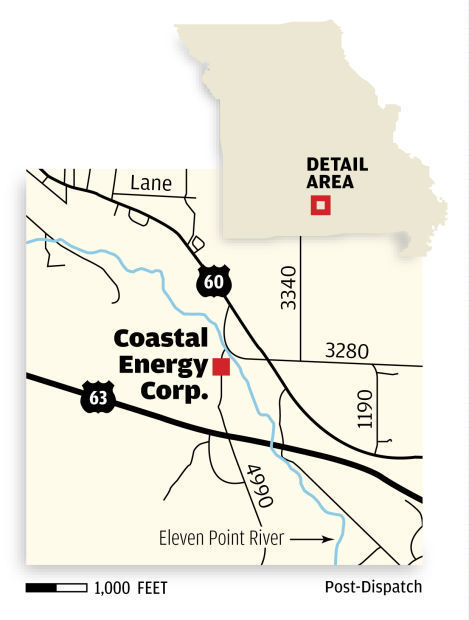 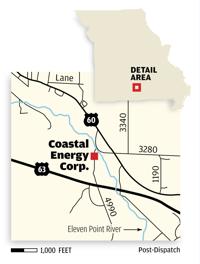 By JACK SUNTRUP Special to the Post-Dispatch

WILLOW SPRINGS, Mo. • Signs of industry were everywhere: the hulking petroleum tanks, the steam, the barbed wire — all next to the Eleven Point River in the Ozarks of southern Missouri.

Coastal Energy Corp., which sells asphalt and other chemicals for road maintenance and building waterproofing, has operated at the river’s headwaters since 2002, without controversy — until this winter, when local environmental activists Tom Kruzen and Don Horton heard news of a disastrous chemical spill in Charleston, W.Va., that fouled the drinking water of 300,000 people.

They called the U.S. Environmental Protection Agency to complain about the Coastal facility. Kruzen feared any spill could taint delicate underground water supplies and ruin a valued Ozark stream, of which the federal government protects a 44-mile stretch.

What they discovered was an example of lax regulatory oversight of potential polluters.

In a Spill Prevention, Control and Countermeasure plan prepared in 2009, Coastal Energy president David Montgomery claimed that the company posed no substantial harm to the environment.

This was despite the company having a nearly 2.8 million gallon capacity to store ethanol, liquid asphalt, diesel fuel and other chemicals just 200 feet from the headwaters of the Eleven Point.

Four years have passed since the company drafted its spill prevention plan, also known as an SPCC. In February, EPA inspectors arrived and tallied up a list of threats to the environment, essentially reversing Coastal Energy’s claim.

The EPA found that employees at the facility haven’t been properly trained to manage spills; tank inspection records lack substance; and the earthen barrier that is supposed to block chemicals from entering the river has gaps and is smaller than what the company claimed.

The company was also automatically pumping stormwater onto an adjacent field without first inspecting the water for contamination, the EPA found.

“I’m a little in freak-out mode,” Kruzen said. “All it would take is a few rivets to pop, an accidental train derailment to happen there, or some other mishap. We certainly know of such incidents these days.”

Coastal Energy representatives did not respond to multiple requests for comment.

Why did it take the EPA four years to vet Coastal Energy’s claim that they posed no substantial harm to the environment?

Companies that store large amounts of petroleum must draft spill prevention plans to minimize damage from oil spills, but companies don’t have to submit their plans to the EPA.

In those plans, company representatives can self-report whether or not they pose substantial harm to the environment.

The Government Accountability Office, a nonpartisan watchdog agency of Congress, authored a report on SPCC rules in 2008 at the request of Sens. Barbara Boxer and Arlen Specter.

The report found that if a company reports they do not pose substantial harm to the environment, the only way to reverse that claim is through an EPA inspection, but those are few and far between.

From 2004 to 2006, the EPA inspected less than 1 percent of the 571,000 estimated facilities nationwide subject to the SPCC rule, the GAO found.

More recent estimates put the number of SPCC-eligible facilities at 640,000 nationwide, according to a 2009 GAO analysis.

Because these facilities don’t have to report to the EPA, inspectors have to find the facilities themselves through spill data, state records and Internet searches, the 2008 GAO report found. This leaves the EPA in the dark.

“If they’re not aware of SPCC-eligible facilities, they can’t inspect them,” said Alfredo Gomez, GAO’s natural resources and environment director. “And if they don’t inspect them, it’s difficult for them to identify potential problems.”

The GAO recommended at the time that the EPA start its own tank registry, which would make targeting problem facilities easier. To date, a federal registry doesn’t exist, said Kris Lancaster, EPA Region 7 spokesman.

That’s not to say the EPA doesn’t use state data to find information, he said.

Since 2011, Missouri has required owners of aboveground storage tanks to have insurance in case of an accident. Those records are kept by the state, said Christine Tew, spokeswoman for the Missouri Department of Agriculture.

THE DANGERS OF KARST

The land near the Coastal Energy facility is considered karst: terrain that is highly permeable and characterized by springs, caves and sinkholes.

For that reason, some people are worried that a spill would not just be confined to the Eleven Point and would infiltrate water wells.

In fact, the city of Willow Springs doesn’t pump its water from the Eleven Point River, but rather has seven wells that quench the city’s thirst.

If petroleum seeped into the ground near the river, the seepage could contaminate underground water supplies across the region, said Tom Aley, a hydrogeologist and co-owner of the Ozark Underground Laboratory.

Ozark Underground, a consulting firm based in Protem, Mo., has been in operation since 1973. In that time, Aley has published dozens of studies on karst and underground water supplies.

He said the impact of major seepage could last longer than when millions of gallons of sewage in West Plains were swallowed by a sinkhole in 1978. The sewage contaminated local water after bacteria reached underground supplies.

“Bacteria have a life span. There would be longer-term effects with petroleum,” said Aley, who witnessed the West Plains mess. “The impact depends very much on the nature of the contaminant.”

Kruzen is worried that if the ground collapsed under the weight of the facility, chemicals would easily trickle down to the area’s water supply.

“If the ground is shaky, if there’s a cave under there, nobody knows,” Kruzen said.

The DNR doesn’t have a geologic evaluation for the facility on file and deals primarily with underground storage tanks, Terlizzi said.

The DNR did survey a 40-acre field adjacent to the Coastal Energy facility in October 2011. Its evaluation found active sinkhole formation on the southern half of the property and highly permeable land on the northern portion, next to the facility.

Coastal Energy is allowed to pump stormwater onto adjoining fields, but the company is supposed to inspect the stormwater first to make sure it doesn’t contain contaminants. The EPA inspection found that water is pumped automatically.

The 2011 evaluation cautions against that practice and notes the vulnerability of the region’s water, stating, “If treatment of the waste should fail, the effluent could impact the regional water supply.”

Why didn’t the company self-report that it did pose substantial harm to the environment in 2009?

What is known is that if the company self-reported that they did pose substantial harm, more regulations would’ve been triggered.

As a result of this year’s inspection, the EPA says that the Coastal Energy facility is subject to Facility Response Plan requirements because of its proximity to the river.

But Lancaster, an EPA spokesman, declined to say what’s next for Coastal Energy, saying that the inspection file was still under review “to determine what, if any, next steps are warranted.”

If the company ultimately has to comply with the response plan requirement, officials would also have to amend the plan every time there were significant changes at the facility.

There have been changes at Coastal Energy since its 2009 SPCC plan, the EPA inspection found.

Two tanks described in SPCC plans aren’t on the property, bringing the facility’s total to 37 tanks, up from 29 four years ago, according to the EPA inspection.

A heavy tarlike smell seeps through cars going past the facility on U.S. Highway 63. People have started to notice the company. Kruzen, 67, and his wife, Angel Kruzen, 58, said they are encouraging members of the Scenic Rivers Stream Team Association to speak out against the facility’s location, as well as warning nearby towns about what they see as at-risk water supplies.

The Kruzens and Don Horton are seasoned environmental activists. When the Doe Run Company was spewing lead particles onto the streets of Herculaneum, Mo., in the late 1990s and early 2000s, they were part of a group that lobbied for a 160-home buyout for residents.

Horton said he called the Kruzens after repeatedly driving by the facility on trips to Springfield.

“As soon as I found out they were storing liquid asphalt and ethanol, we knew it was unacceptable to have it there,” Horton said. “My gosh, it’s right next to the river.”

The group knew it was time for another project.

“We’re going to push hard to close down the facility and have it moved,” Kruzen said. “I don’t know if that’s even possible.”

Damage last year to its West Fork mine caused sinkholes, forced rerouting of a river and threatened historic cemetery

The EPA produced this Spill Prevention, Control and Countermeasure field inspection and plan review checklist of the Coastal Energy site in De…

This is a spill prevention control and countermeasure plan prepared by Great River Engineering for Coastal Energy Corp. in December 2009.

Mike McArthy photographs the beauty of the Ozarks. Pictured is the Eleven Point River in southern Missouri and northern Arkansas.