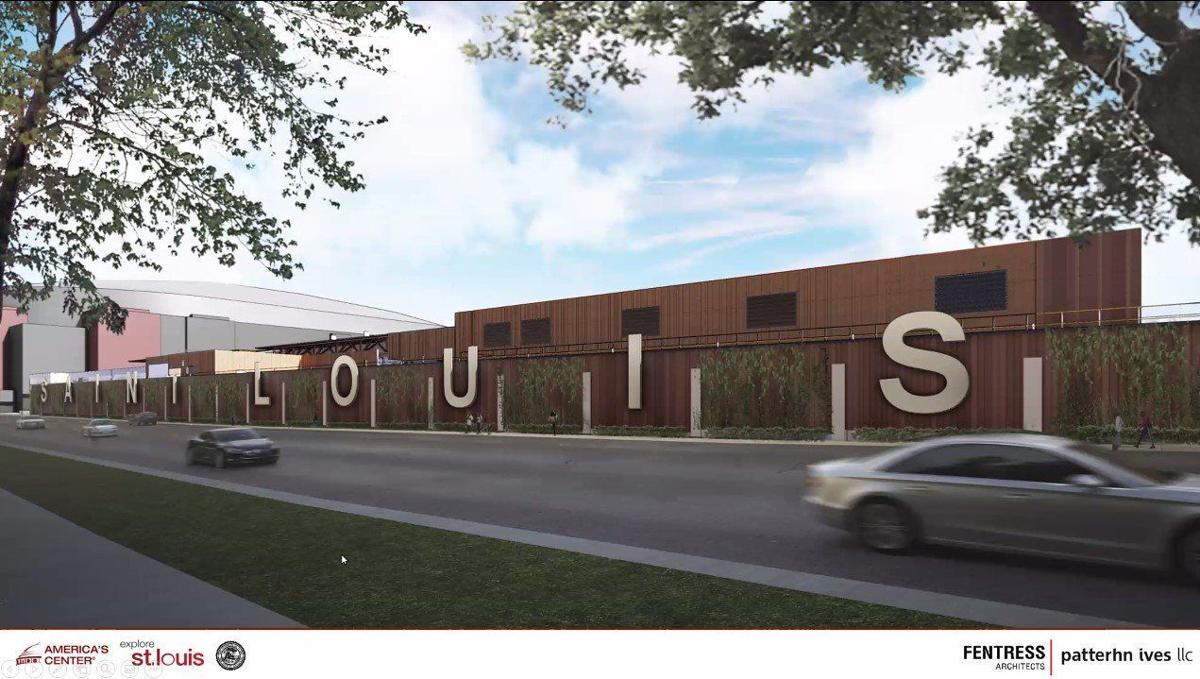 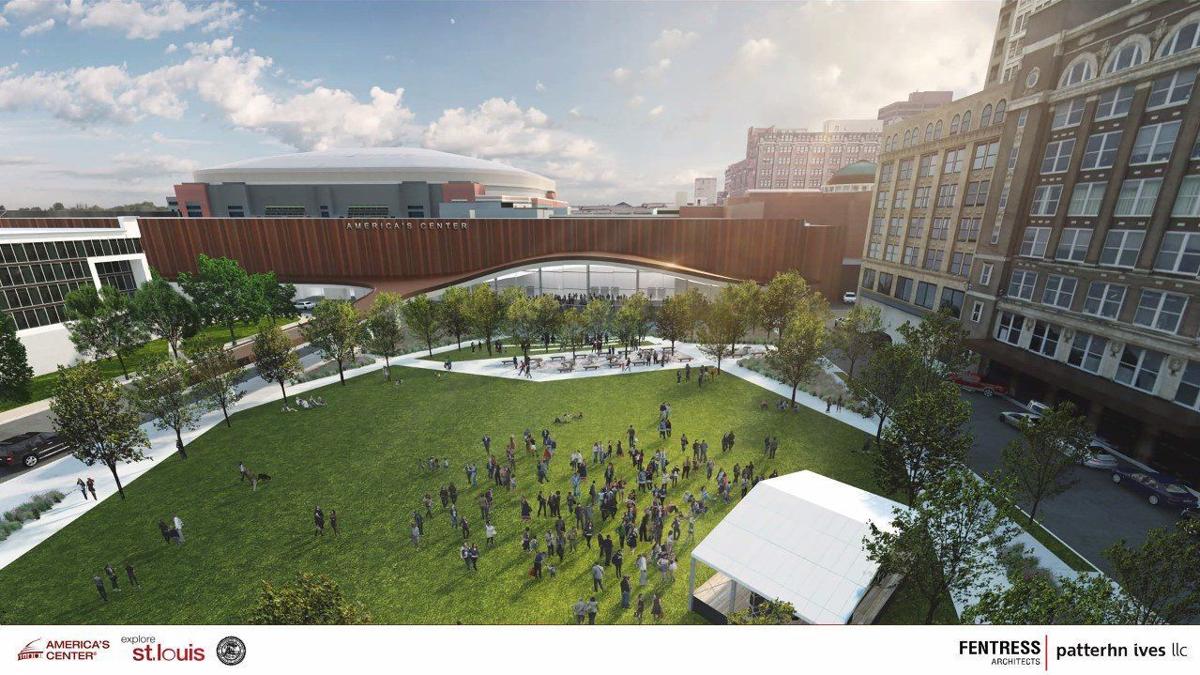 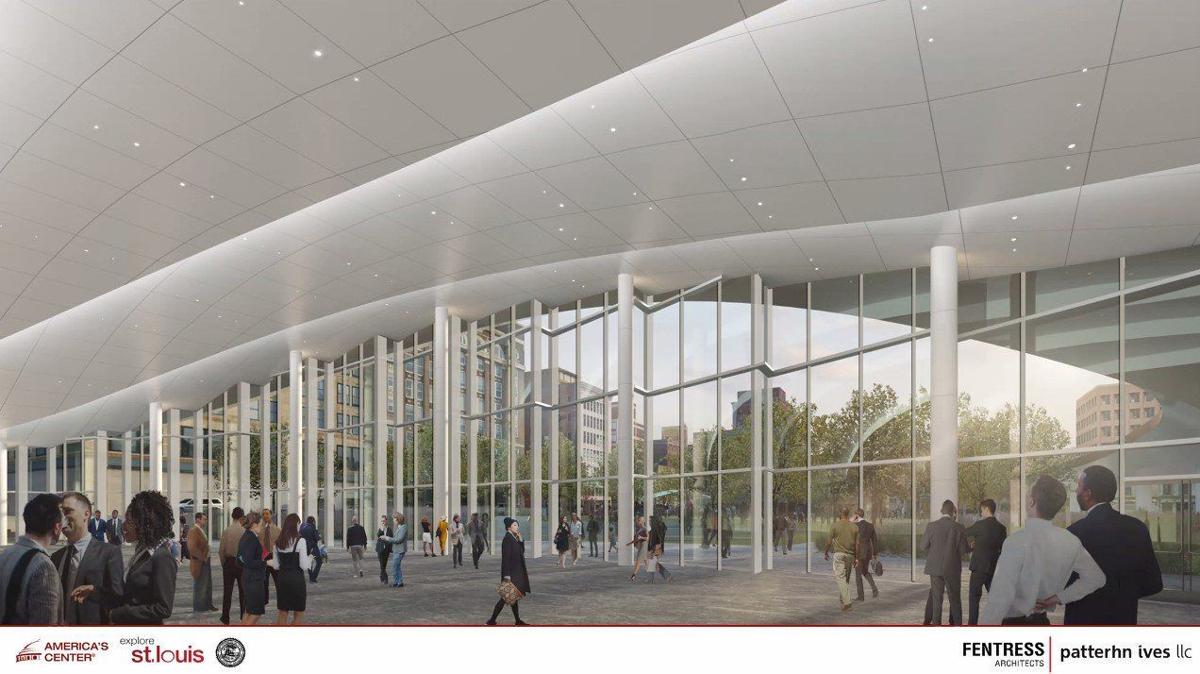 A rendering shows a new lobby, looking west over a planned park, that's part of the redesign for the America's Center Convention Complex downtown. (Fentress Architects). 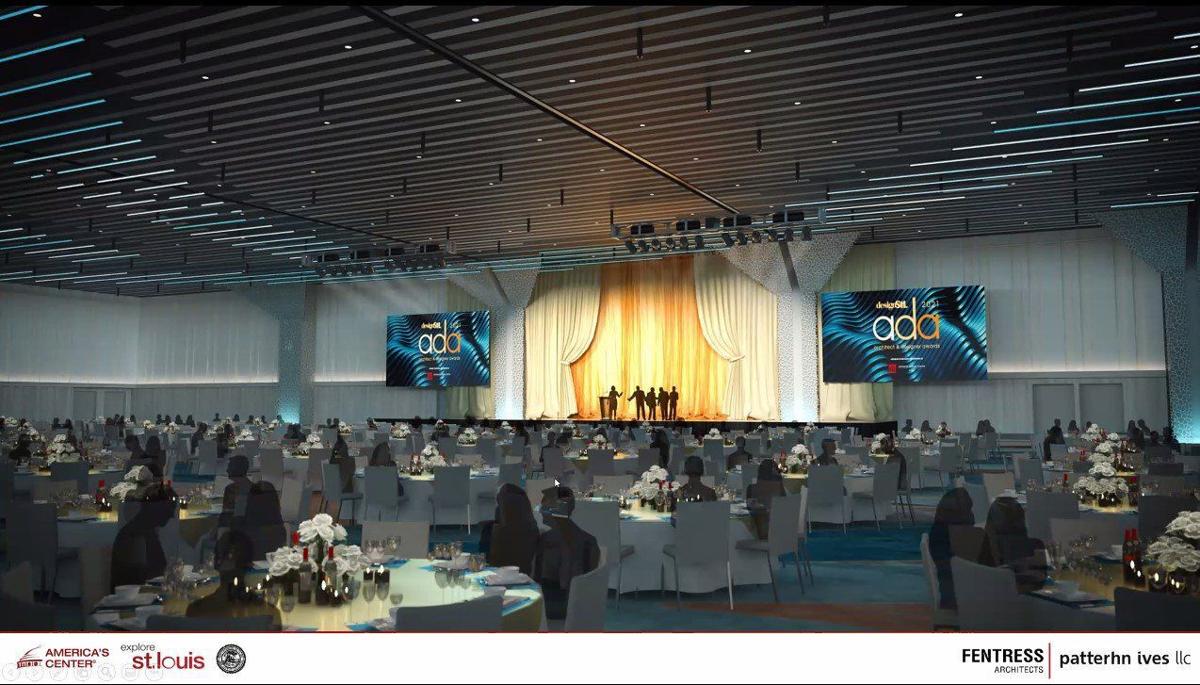 A new ballroom is planned as part of the America's Center Convention Complex redesign. (Fentress Architects) 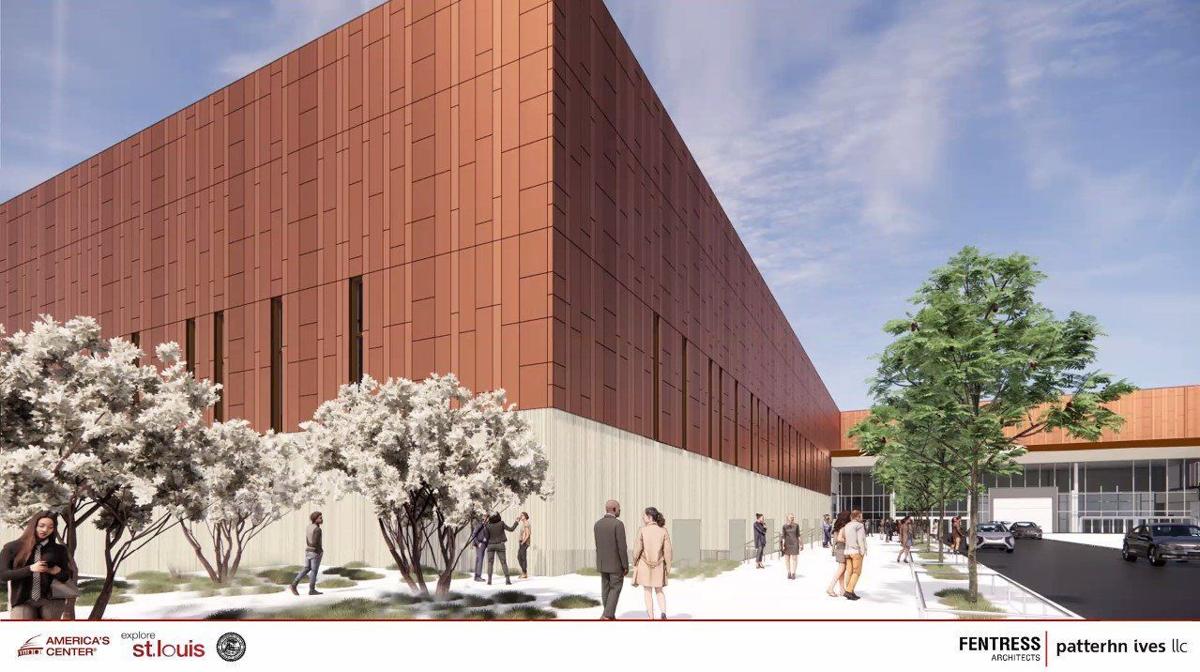 A rendering shows part of the planned exterior of the America's Center Convention Complex. (Fentress Architects)

ST. LOUIS — The $210 million expansion of the downtown convention center, delayed by a political impasse in St. Louis County, is now bumping up against the holiday season, likely delaying construction bids until next year.

Time is of the essence for the St. Louis Convention and Visitors Commission, the region’s tourism agency that oversees the America’s Center Convention Complex. CVC chief Kitty Ratcliffe has warned that the region faces some $100 million in lost spending from conventions that were banking on a revamped convention center by late 2023.

“If we don’t move this in the next week or two, we’re going to hit the holiday timeline for bidding and that’s going to slow the project down even further,” Ratcliffe said at the meeting.

Convention groups are hesitating to book 2024 and beyond until the project starts. “They want to see a shovel in the ground,” Ratcliffe said.

A bid package for a large portion of $163 million in construction costs has been delayed some four weeks while St. Louis County Council Chair Rita Heard Days holds up a vote on the county’s share of bonds — leverage she says she won’t give up until the CVC makes good on what Days says was a promise to build a recreation center in north St. Louis County.

Ratcliffe, though, says the 2019 agreement that won over the vote of Days’ predecessor on the council, Hazel Erby, only obligated the CVC to use excess county hotel tax revenue for the rec center, not manage the whole project. Plus, after the pandemic delivered a gut punch to the hotel industry, there’s no longer any excess hotel tax to use.

Amid the standoff, some work is ongoing around the downtown convention center, much of it financed with the city’s $105 million share of bonds it issued a year ago. The city and CVC have worked together to purchase parking lots and garages to assemble land for the America’s Center expansion, first announced three years ago, and contractors are in the midst of demolishing a former parking garage along Cole Street for the project.

The city has covered some $16 million in real estate expenses, and the county is supposed to pick up about 54% of the $164 million in actual construction costs when those are bid out so each entity’s share of the project stays at 50%, said Rich Bradley of the St. Louis Board of Public Service, which is administering the project.

Still, design work on the project has advanced in recent weeks, and Denver-based Fentress Architects released new renderings of the planned expansion on Tuesday. The convention center’s western edge, currently a lifeless wall along Ninth Street, would be revamped with a new lobby and windows and a new park would replace an adjacent surface parking lot.

A new ballroom in the complex would be “a signature for the center and really attract new business,” said Ned Kirschbaum, a Fentress principal.

Kirschbaum also pointed to a revamp of the loading dock expansion along Cole Street — an existing feature that project critic Bob Clark of Clayco argues cuts off the largely lower-income neighborhood to the north. The new loading docks would be enclosed, with some vines and greenery added, along with a big “St. Louis” sign.

“We really think this is going to be a much friendlier neighbor to everyone on Cole as well as across the street,” Kirschbaum said.

Editor’s note: St. Louis County has paid for some design and engineering work on the convention center project. A previous headline mischaracterized the cost sharing to date.

Because of collapse of hotel-motel tax revenue, there won’t be funding available for the project for at least three years, county official says.

The losses would reach that mark in six months, Kitty Ratcliffe, president of the St. Louis Convention and Visitors Commission.

Some council members say they’re confused about the Convention and Visitors Commission role in the project.

Leaders at the St. Louis Convention and Visitors Commission warned that more delay would exacerbate a cash crunch at the tourism office.

A rendering shows a new lobby, looking west over a planned park, that's part of the redesign for the America's Center Convention Complex downtown. (Fentress Architects).

A new ballroom is planned as part of the America's Center Convention Complex redesign. (Fentress Architects)

A rendering shows part of the planned exterior of the America's Center Convention Complex. (Fentress Architects) 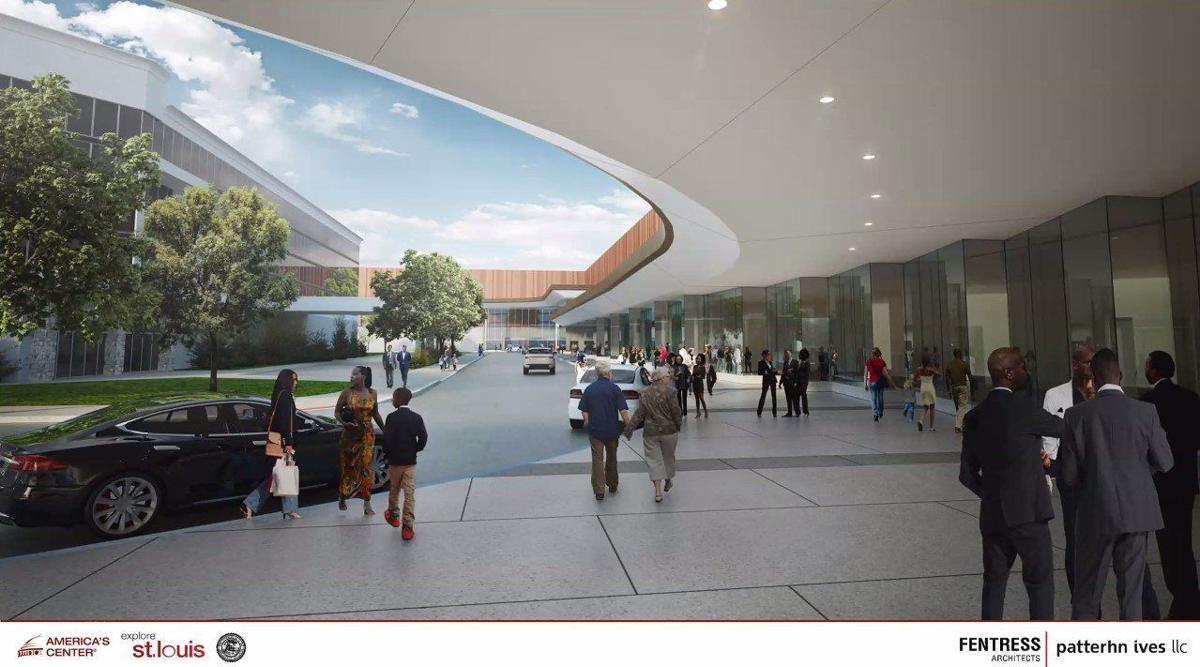 A rendering of the redesigned western side of the America's Center Convention Complex downtown. That side currently is a blank wall along Ninth Street.