Become a Member
Read Today's E-edition
Share This
Creve Coeur said no to a new QuikTrip, citing traffic concerns. But a judge overruled the city.
0 comments
Share this 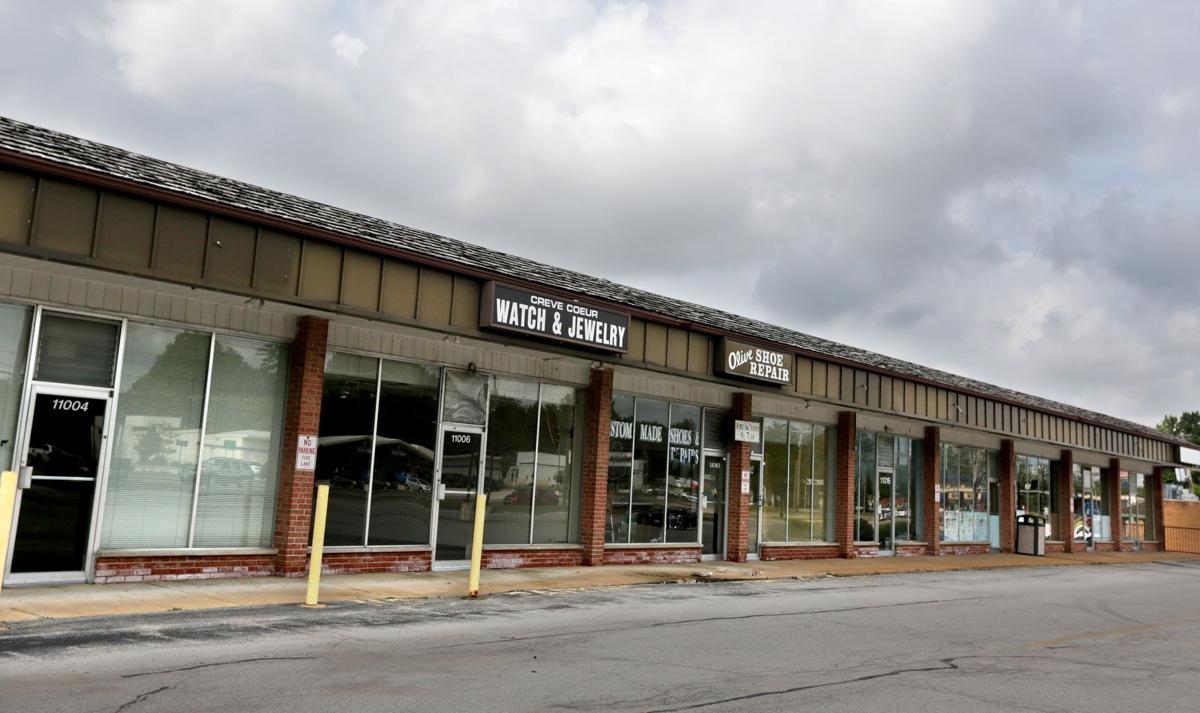 The vacant strip of stores at the southwest corner of Olive Boulevard and Graeser Road, in Creve Coeur, Friday, Aug. 20, 2021. The location is at the center of a plan to replace it with a new QuikTrip. The city council rejected the plan last summer but last month, the City Council's vote was overturned by a St. Louis County circuit judge. Photo by Hillary Levin, hlevin@post-dispatch.com 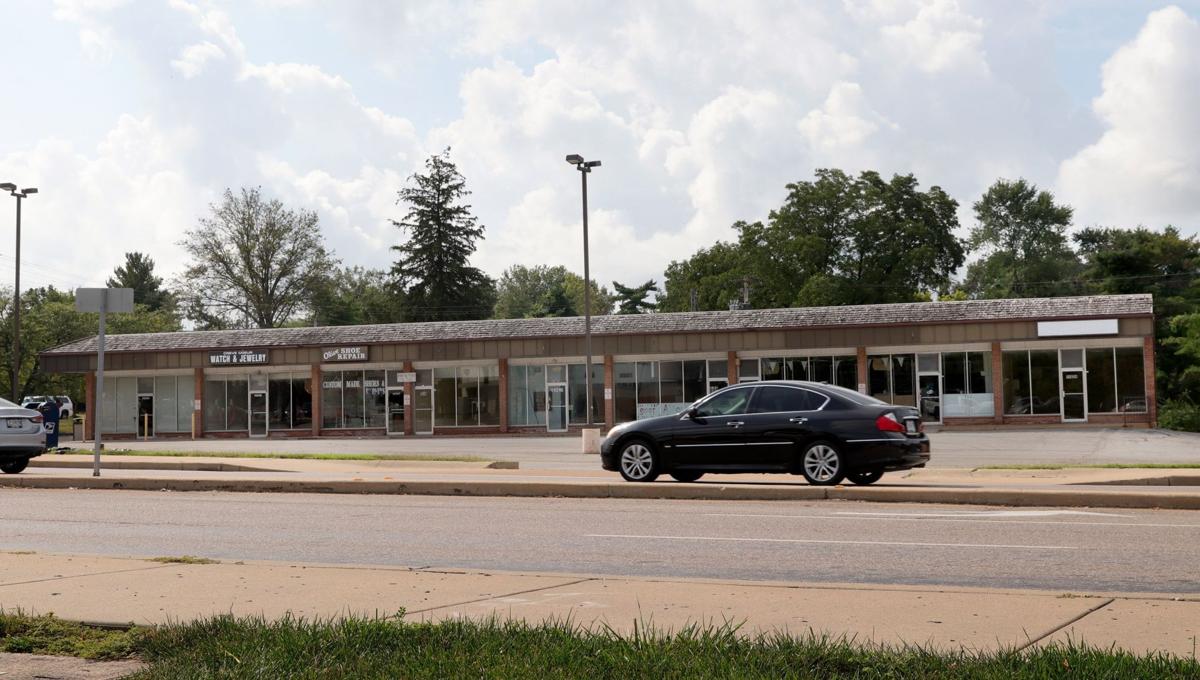 The vacant strip of stores at the southwest corner of Olive Boulevard and Graeser Road, in Creve Coeur, Friday, Aug. 20, 2021. The location is at the center of a plan to replace it with a new QuikTrip. The City Council rejected the plan last summer but last month, the city council's vote was overturned by a St. Louis County circuit judge. Photo by Hillary Levin, hlevin@post-dispatch.com

CREVE COEUR — When the City Council here unanimously rejected a plan last summer to replace a sleepy Olive Boulevard strip center with a busy new QuikTrip, residents of the nearby subdivisions rejoiced.

Last month, the council’s vote to bar the convenience store at the southwest corner of Olive Boulevard and Graeser Road was overturned by a St. Louis County circuit judge.

Now, Creve Coeur has hired another lawyer and is gearing up for an appeal that could drag the fight out in the courts, pitting the rights of a local government to control what is built within its boundaries against the right of a landowner to develop property.

The ruling shocked residents who had spent months fighting the project. Their steady presence at zoning and council hearings — lobbing the typical litany of concerns about traffic and lighting that often fly at new developments in the the zoning hearings of the region’s dozens of municipalities — had paid off. The Creve Coeur Planning and Zoning Commission, and then the City Council, agreed with their concerns about the traffic they presumed a new branch of the region’s dominant gas station chain would bring to the intersection near the upper-middle-class cul-de-sacs off Graeser Road.

“This area already has lots of distracted drivers,” said Kurt Lord, a leading opponent who lives nearby. He said his wife was hit walking across Olive at the intersection a few years ago. “To bring a further, huge-use entity really endangers the health, safety and welfare of the community. Planning and Zoning recognized it, and so did the City Council.”

But St. Louis County Circuit Judge Nancy Watkins McLaughlin sided with the property owner, a company held by the family of Gershman Commercial Real Estate Executive Chairman Tom Stern, that hoped to sell to QuikTrip. In her July ruling, she said evidence and testimony from the plaintiffs presented at trial demonstrated that the QuikTrip would meet the city ordinance’s standards for issuing what’s known as a conditional use permit, which gas stations need to operate in Creve Coeur’s commercial zoning districts.

“We had experts who went through each of the factors (in Creve Coeur ordinances) allowing for the issuance of conditional use permit,” Gerard “Jerry” Carmody, whose law firm Carmody MacDonald represented the property owner, said in an interview. “We had detailed analyses of each of the factors and established the facts that the factors were satisfied.”

If the city wants to change the rules, he said, it can change its ordinance laying out the factors needed for a conditional use permit.

“The courts have said once you satisfy the factors necessary, it is a ministerial act for the city to issue the permit,” Carmody said.

The Creve Coeur QuikTrip would replace a 1960s strip center that until recently housed small businesses including an independent pharmacy, a shoe repair shop and a dry cleaner. The city argued at trial the gas station didn’t fit within its vision as laid out in its comprehensive plan, which calls for “a walkable corridor of destination retail boutiques, neighborhood service businesses, small-scale restaurants” on east Olive Boulevard.

“I think we have some say of what goes in our neighborhoods,” said Creve Coeur Mayor Bob Hoffman, who voted against the plan last year when he was still a council member. “It could have wider implications for many with comprehensive plans, and it could affect other cities.”

QuikTrip, which has more than 60 locations in the region, is also pursuing other controversial locations, including the site of a historic building in south St. Louis County and the heart of a redevelopment area adjacent to St. Louis University.

Though Missouri courts have typically said that issuing conditional use permits is an administrative function, the job often falls to local elected legislative bodies tasked with applying rules that may be open to interpretation.

In Creve Coeur, there are six criteria for issuing a conditional use permit. Including adherence to the comprehensive plan and other more measurable standards such as erosion control, there’s also a requirement that a proposed use “will contribute to and promote the community welfare” and “be compatible with the surrounding area and thus not impose an excessive burden ... on surrounding or adjacent users.”

The city’s attorney, Carl Lumley of Curtis, Heinz, Garrett & O’Keefe, which represents many of the region’s municipalities, argued at trial that the court should defer to the local elected officials in interpreting those rules.

“Many of the factors are totally subjective,” Lumley said at trial. “Does the proposed use meet the comprehensive plan? Is it good for the community in that location? Is it compatible with the surrounding area? These are not objective factors. These are things that people can disagree on.”

But the property owner said in court filings that the city’s decision was arbitrary and “contrary to its own ordinance and best interest.” The legal team called in experts who testified that it would “promote the community welfare” by increasing tax revenue, improving sidewalks and replacing an “obsolete” building. They also testified that it would meet some goals of the city’s comprehensive plan, such as redeveloping “older, underutilized properties” and promotes the vision of medium- to low-density development in the area.

Even if some of the conditions are subjective, Carmody said, the city and council didn’t present any evidence backing their decision not to issue the permit. The property owner, on the other hand, was able to present evidence in court supporting its adherence to the ordinance.

“While subjective, we still would say there needs to be facts supporting a decision,” he said.

He pointed to Creve Coeur’s approval for a conditional use permit across Olive Boulevard for rival gas station and convenience store Mobil on the Run, a project that led to the buyout of some nearby houses for the large service station.

“This very same City Council approved that Mobil on the Run development that was a few hundred yards away from us,” Carmody said. “How could they say no to us? It would have been discriminatory to say no to us.”

But the city argues the Mobil on the Run was an expansion of an existing gas station that had been there for years.

Daniel Mandelker, a professor of land use law at Washington University, said courts generally defer to municipalities if they have broad or vague criteria for conditional use permits. But “they will get reversed if they don’t make a good case for it,” he said.

In Missouri, while the courts have said local governments serve in an administrative capacity issuing conditional use permits and can’t arbitrarily interpret their rules, there’s some “indication of inconsistency” in such cases at the appellate level, Mandelker said. And getting the Missouri Supreme Court to weigh in is “very difficult” on a “run-of-the-mill zoning case,” he said.

“What has happened in zoning is, it was supposed to be a system where the zoning ordinance told you what you could do as of right, but municipalities come along and if they have anything they don’t like, they make it a conditional use or a special use,” Mandelker said. “I would make the statement that zoning has become a discretionary system.”

QuikTrip, meanwhile, says the site remains an attractive one, with more than 36,000 cars passing by each day.

“If the property owners continue to prevail in the case brought against the city of Creve Coeur, QuikTrip intends on proceeding with building a new store at this location,” said Gwen Keen, QuikTrip’s real estate project manager.

SLU tried to distance itself from the transaction in May, but QuikTrip has had a contract with the university since February 2019.

A small but growing movement embraces development as a vote of confidence in communities.

The Bottom Line: How we got here: Columnist reflects on 4 decades of St. Louis business history

The vacant strip of stores at the southwest corner of Olive Boulevard and Graeser Road, in Creve Coeur, Friday, Aug. 20, 2021. The location is at the center of a plan to replace it with a new QuikTrip. The city council rejected the plan last summer but last month, the City Council's vote was overturned by a St. Louis County circuit judge. Photo by Hillary Levin, hlevin@post-dispatch.com

The vacant strip of stores at the southwest corner of Olive Boulevard and Graeser Road, in Creve Coeur, Friday, Aug. 20, 2021. The location is at the center of a plan to replace it with a new QuikTrip. The City Council rejected the plan last summer but last month, the city council's vote was overturned by a St. Louis County circuit judge. Photo by Hillary Levin, hlevin@post-dispatch.com