CHAMPAIGN, Ill. — For the third straight year, a volatile pesticide is damaging crops across the Midwest and South, despite federal and state efforts to lessen the drift.

Since 2017, farmers have sprayed an increasing amount of the weedkiller, called dicamba, on soybean and cotton crops genetically engineered by agribusiness company Monsanto to withstand being sprayed by the herbicide.

But each year, dicamba has drifted off-target and damaged millions of acres of nonresistant soybeans and other plants.

In Missouri, agriculture officials continue to receive dicamba-related complaints, but the number is trending lower. This year, through Monday, the state has received 77 complaints about alleged dicamba drift, according to a Missouri Department of Agriculture spokeswoman. The total was 220 in 2018, down from 315 in 2017.

In response to suspected damage nationwide, the U.S. Environmental Protection Agency has increased the restrictions on the dicamba’s usage each of the past two years, and many states have imposed additional restrictions, including requiring increased training and implementing cutoff dates after which the chemical cannot be sprayed.

“We have revised the label and revised it again. The problems have not gone away,” said Aaron Hager, associate professor of weed science at the University of Illinois.

Dicamba has been sprayed since the 1960s but was not widely used because of many plants’ high sensitivity to the weedkiller, as well as its propensity to drift. With the release of new seeds, companies like Bayer, which acquired Monsanto in 2018, Corteva and BASF North America have released versions of dicamba touted to be less volatile than traditional formulations. But Hager said lower volatility doesn’t mean no volatility, as the past few years have demonstrated.

Makers of dicamba are aware of the issues but touted the success of the new technology.

Charla Lord, a spokeswoman for Bayer, which now sells both a version of dicamba and dicamba-resistant soybean and cotton seeds, said in an email that farmers planting the seeds are seeing “some of the cleanest (fields) they’ve seen in years.”

She said the dicamba has helped with marestail, a particularly pesky weed for Illinois farmers.

But Lord said the company has received 124 off-target movement complaints in Illinois as of Aug. 13. She said some of those fields “have shown symptomology resulting from herbicides other than dicamba, spray system hygiene impacts (including tank contamination) or environmental stresses.”

“We are also seeing potential dicamba symptomology, and our team is actively working to understand if corn or other auxin applications took place nearby at the same time as over-the-top dicamba soybean applications, what weather conditions were like at the time of applications and, in the case of over-the-top soybean applicators, whether label requirements were followed at the time of application. In fields where we have observed herbicide symptomology, many have been further impacted by recent environmental stress due to drought,” Lord said.

The company is facing ongoing lawsuits that allege dicamba has damaged crops and plants not engineered to withstand it.

Hager said in an online post he has been frustrated by industry officials trying to blame the damage on things other than dicamba — including dry weather stress, ammonium sulfate and tank contamination — as available evidence and the frequency of damage points to the spraying of dicamba.

Corteva did not respond to a request for comment, while BASF acknowledged some issues with drift.

“On-target applications of Engenia® herbicide continue to produce some of the cleanest fields in recent memory. However, off-label applications of dicamba products have the potential to negatively impact the farming community,” said Odessa Hines in an emailed statement of behalf of BASF North America.

“Without knowing the results of investigations in specific states we cannot comment on experiences from one state to another,” she said. “What we can say is that soybeans can demonstrate symptoms associated with exposure to dicamba at extremely low rates. Research and experience from previous years have shown that light symptomology, such as cupping, does not result in yield loss.”

Dicamba-resistant crops were introduced to help withstand a pesticide that could kill weeds that had become resistant to glyphosate, the most commonly used pesticide in the world.

But off-target drift damaging neighboring farmers’ crops, gardens and trees has created other difficulties. When nonresistant soybeans are hit with the pesticide, their leaves often cup up and the plants don’t grow as large. Because of that, the crop could produce a lesser harvest.

That is about 60% of all soybeans planted in the U.S., meaning the rest are not resistant to dicamba and are susceptible to damage if unintentionally sprayed by the weedkiller.

This year, high levels of complaints continue to come in from across the Midwest and South, but states are not reporting those numbers to the U.S. EPA, the Progressive Farmer reported earlier this month.

Larry Steckel, extension weed specialist at the University of Tennessee, recently published an online post saying that dicamba damage “has not appreciably improved.” Other states, like Arkansas, Missouri and Indiana, are still dealing with extensive complaints.

The past two years, Kevin Bradley, a plant science professor at the University of Missouri, compiled complaints, finding that at least 3.6 million acres of soybeans were damaged in 2017 but midway through 2018, people stopped reporting to Bradley, so he stopped compiling the information.

“The result was we were putting out maps with inaccurate information,” Bradley said in an email. “This didn’t sit well with me.”

In an interview with the St. Louis Post-Dispatch in November 2018, Bradley said political pressure had affected the accurate reporting of dicamba-related incidents. “It truly has gotten political,” Bradley said at the time.

Applicators frustrated with lack of progress

Jean Payne, president of the Illinois Fertilizer and Chemical Association, which includes pesticide applicators and chemical companies including Bayer, said that the applicators have been working as hard as possible to limit drift, especially after the widespread issues each of the past two years.

The association has weighed in on potential label changes as the U.S. EPA and state work to address drift issues.

Additionally, Payne helped negotiate a a June 30 cutoff date for the application of dicamba in Illinois, but late planting caused by wet fields meant the cutoff date was extended until July 15. Cutoff dates are generally imposed to limit drift and volatility, which is more likely to happen in warmer weather.

Payne said that the lack of progress on addressing drift issues is frustrating, especially considering how much more work applicators are doing now than they did in 2017 to address the problem.

She said more than 4,000 applicators received “the highest level of training possible,” were careful with hygiene and followed the “extremely meticulous label” but still can’t explain how they see the symptomology.

“It’s frustrating to our industry to take all of these steps and measures and see the symptomology out there again,” Payne said. “It makes us go back to the drawing board, again.”

In response to a question about some states imposing additional restrictions, Bayer’s Charla Lord pointed out that Georgia, Kansas, Oklahoma and Texas expanded the timeframe in which growers can apply dicamba.

In addition, Illinois and North Dakota, which initially imposed cut-off dates, extended those dates after a late planting season.

“We applaud these states for recognizing this need for flexibility, particularly given the late start to planting this year,” Lord said.

Hager said applicators have done a good job — much better than in 2017 — but it just seems like it is an issue with the product.

With record complaints in Illinois, Payne said the industry will have to work again to see how to improve the situation in 2020.

“We need to figure out, can we determine what caused the problems again this year and get a strategy for 2020 which will finally get us where we need to be,” Payne said. “It’s just an ongoing process.”

Jen Walling, executive director of the Illinois Environmental Council, a group that works to protect the state’s environment, said they initially asked for a ban on the spraying of dicamba but supported the cutoff date over no action. Walling said the organization’s concerns include what is happening to natural areas across the state and even trees in people’s yards.

“This seems like it’s going to a chronic issue, rather than just a one-off,” Walling said. “Unfortunately that seems to be the case now that the cutoff date didn’t impact the issue in the way that we had hoped.”

The Post-Dispatch contributed to this report.

‘Nothing like it used to be’: Black Friday shoppers find stores less crowded, fewer bargains

In St. Louis and across the nation, the Black Friday crowds thinned by the pandemic last year appeared set to stay that way this year.

The plan could flood the market with additional shares and dilute the stock, making it more expensive for a buyer to acquire a controlling stake.

District collects more than $3 million per year from downtown property owners and is supposed to use that money to maintain a vibrant downtown.

Over her 25 years, Albus has developed Variety Theatre, the Variety Wonderland Playground at Forest Park and Variety Week. 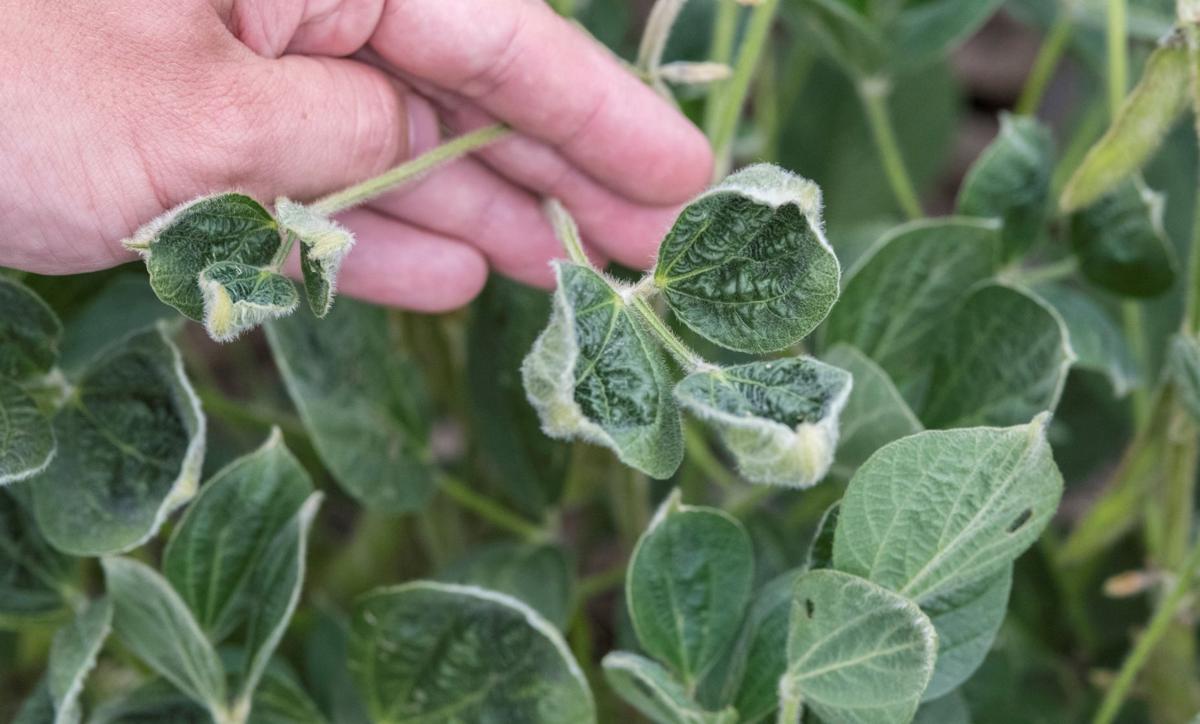 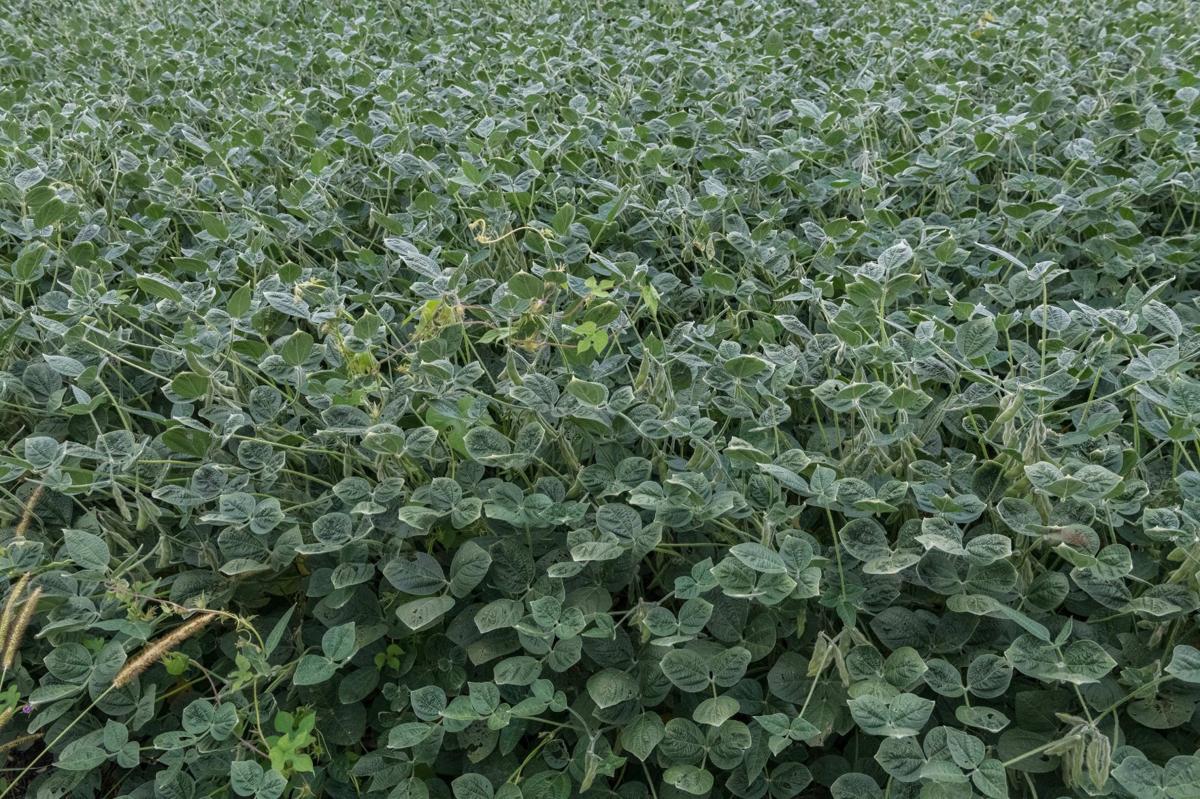