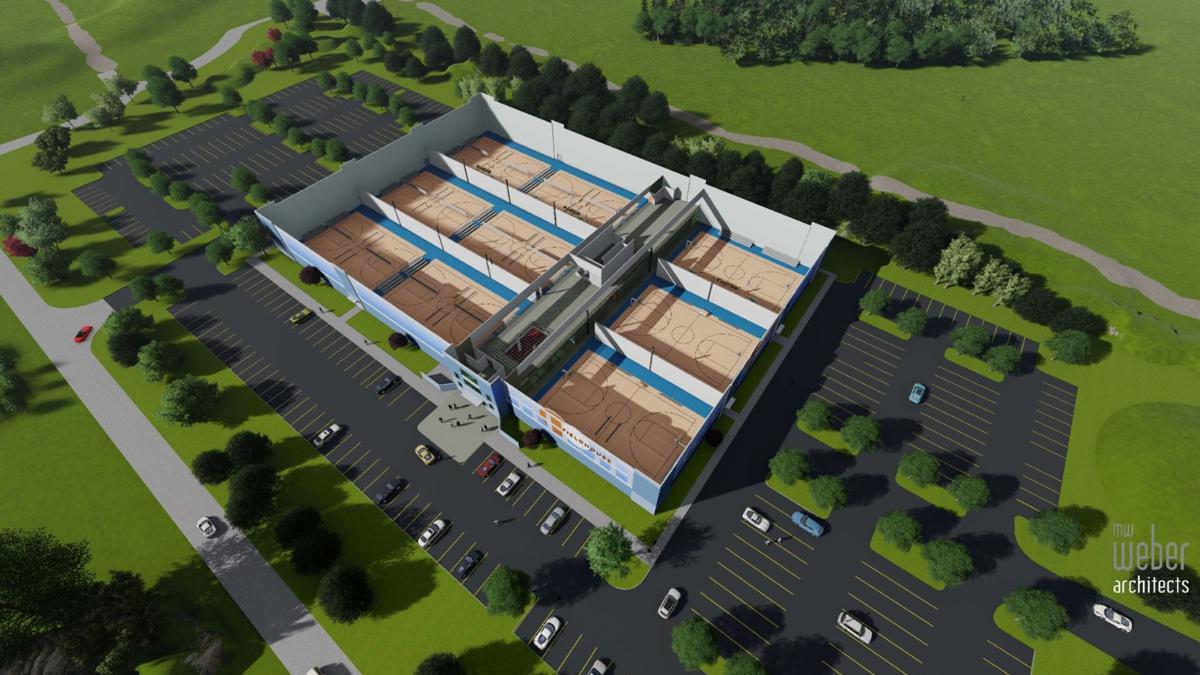 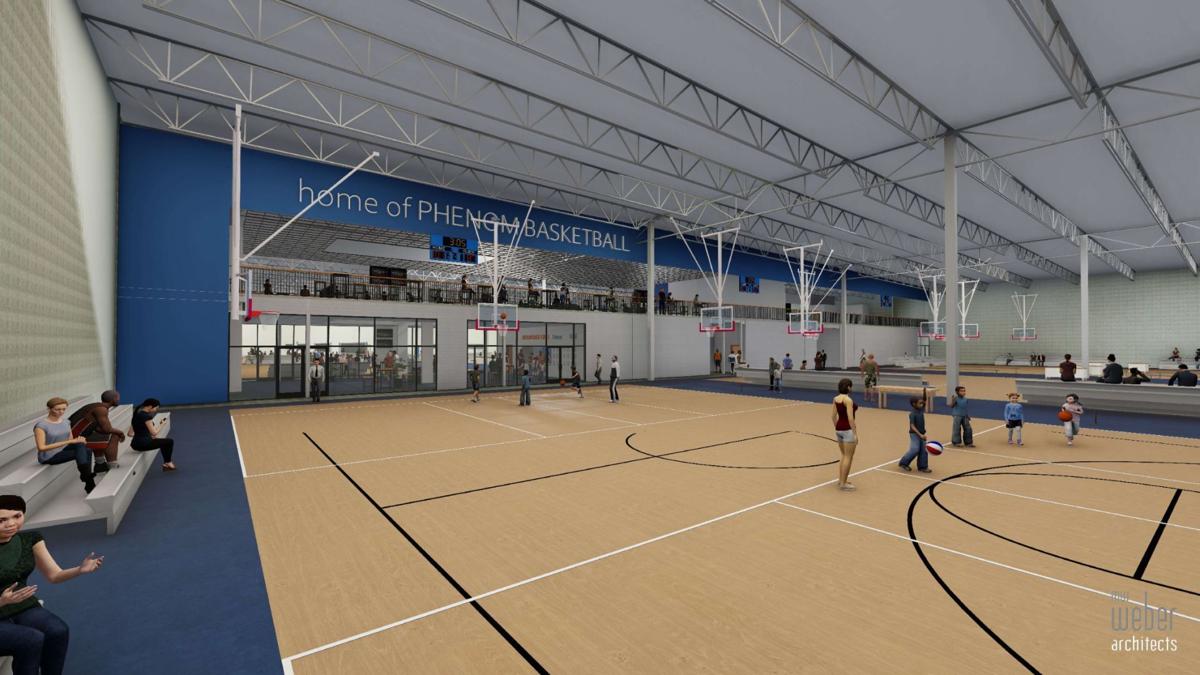 Rendering depicts a basketball court at the 97,000-square-foot fieldhouse in Chesterfield Valley. 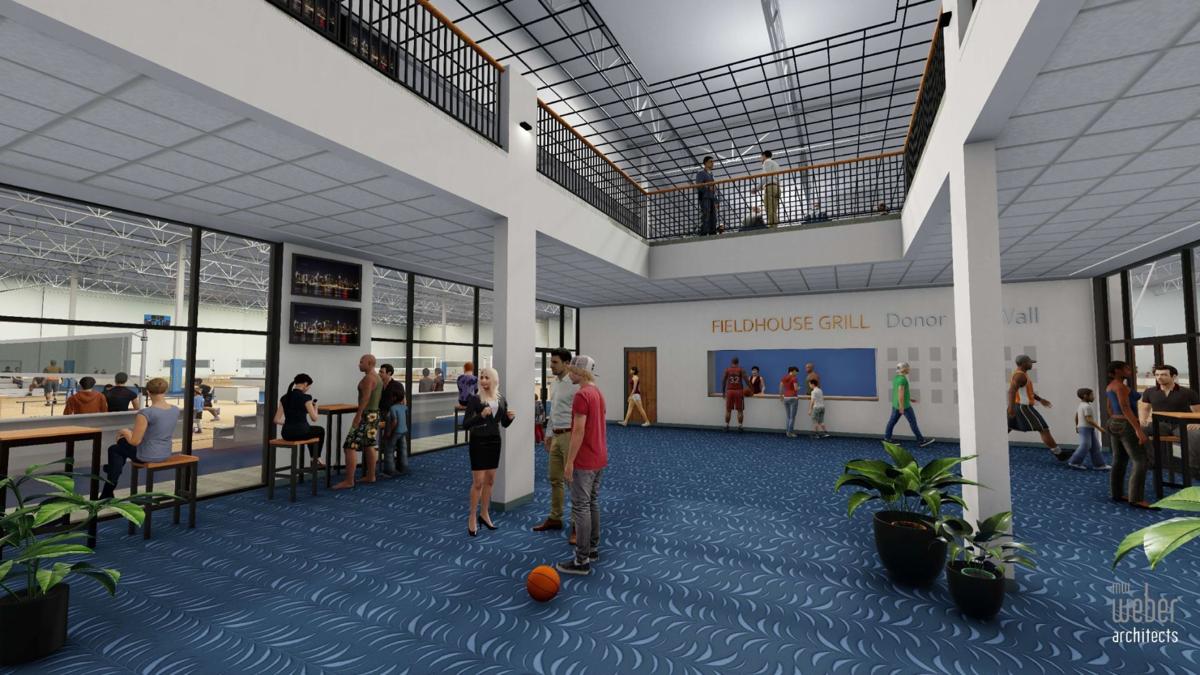 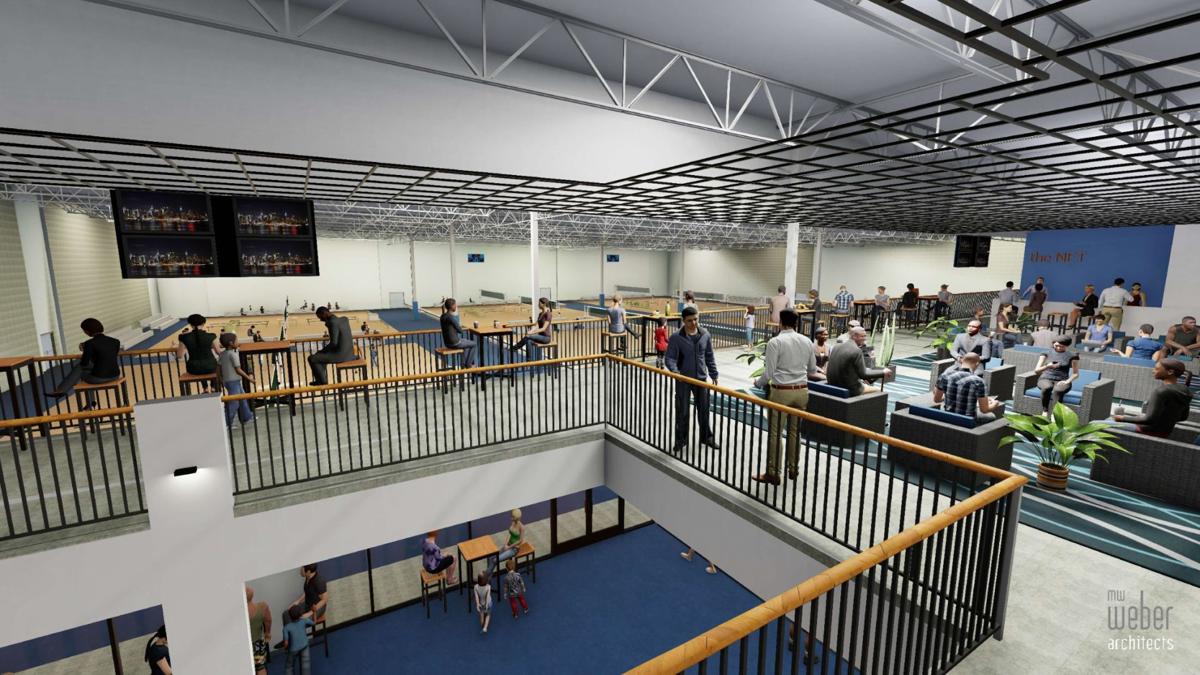 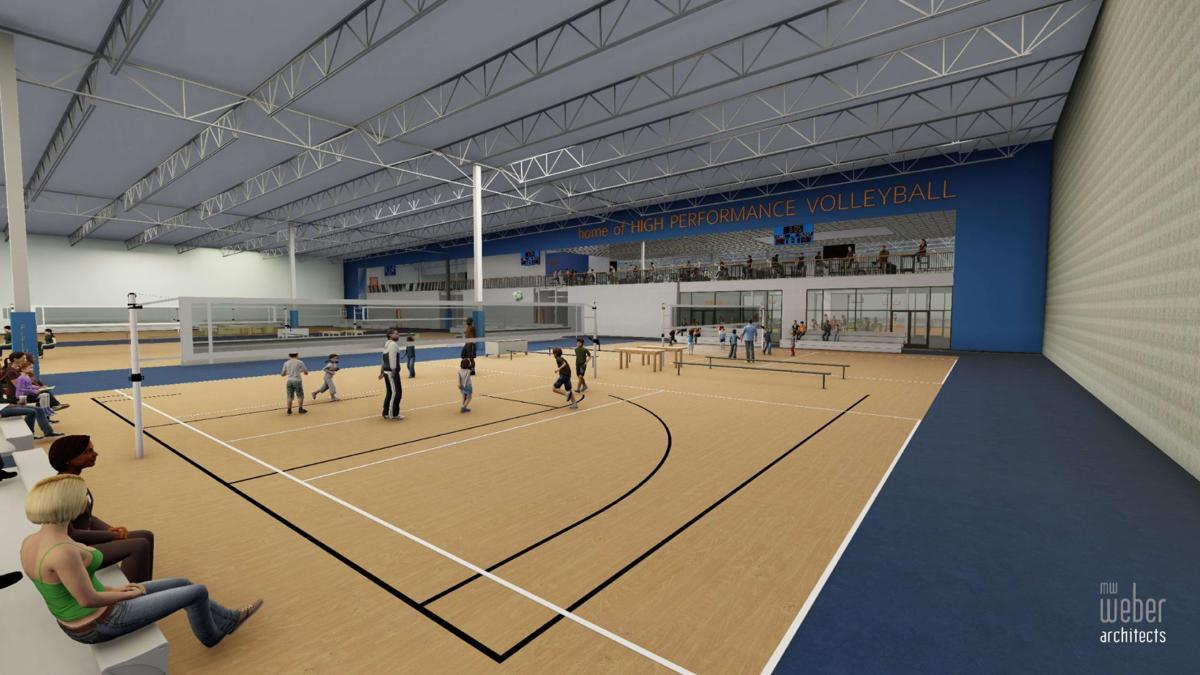 CHESTERFIELD — A local developer is planning an indoor youth volleyball and basketball complex in Chesterfield Valley aimed at attracting 900,000 visitors a year.

Chesterfield-based developer Mia Rose Holdings is partnering with nonprofit Chesterfield Sports Association to build a 97,000-square-foot facility at 150 North Eatherton Road near St. Louis Premium Outlets with nine basketball courts that can convert to 18 volleyball courts, the association said in a release on Thursday. The courts will be equipped with Olympic-level flooring, professional grade LED lighting and ultra high-definition streaming cameras. Other amenities include a fitness area, meeting rooms for teams and classes, courtside and second-floor mezzanine seating for spectators, lounge areas and concessions.

Chesterfield Sports Association will own and operate the facility. It said several local sports clubs and league organizers, including High Performance, Stratman Sports, CNR Basketball, and Missouri Phenom Basketball, which has teams throughout the state of Missouri, have signed on as tenants. More than 1,000 athletes will practice, train and play games at the facility every week. Construction is slated to begin this fall and open by September 2022, according to the release.

“This sports complex will be a center of recreation, community life and economic activity. St. Louis will finally get the world-class youth sporting facility it deserves,” said Tom Kaimain, Mia Rose founding principal.

The association said the facility could also be used for pickleball, futsal, wrestling, dance, cheer and other sports as space is available.

Rendering depicts a basketball court at the 97,000-square-foot fieldhouse in Chesterfield Valley.